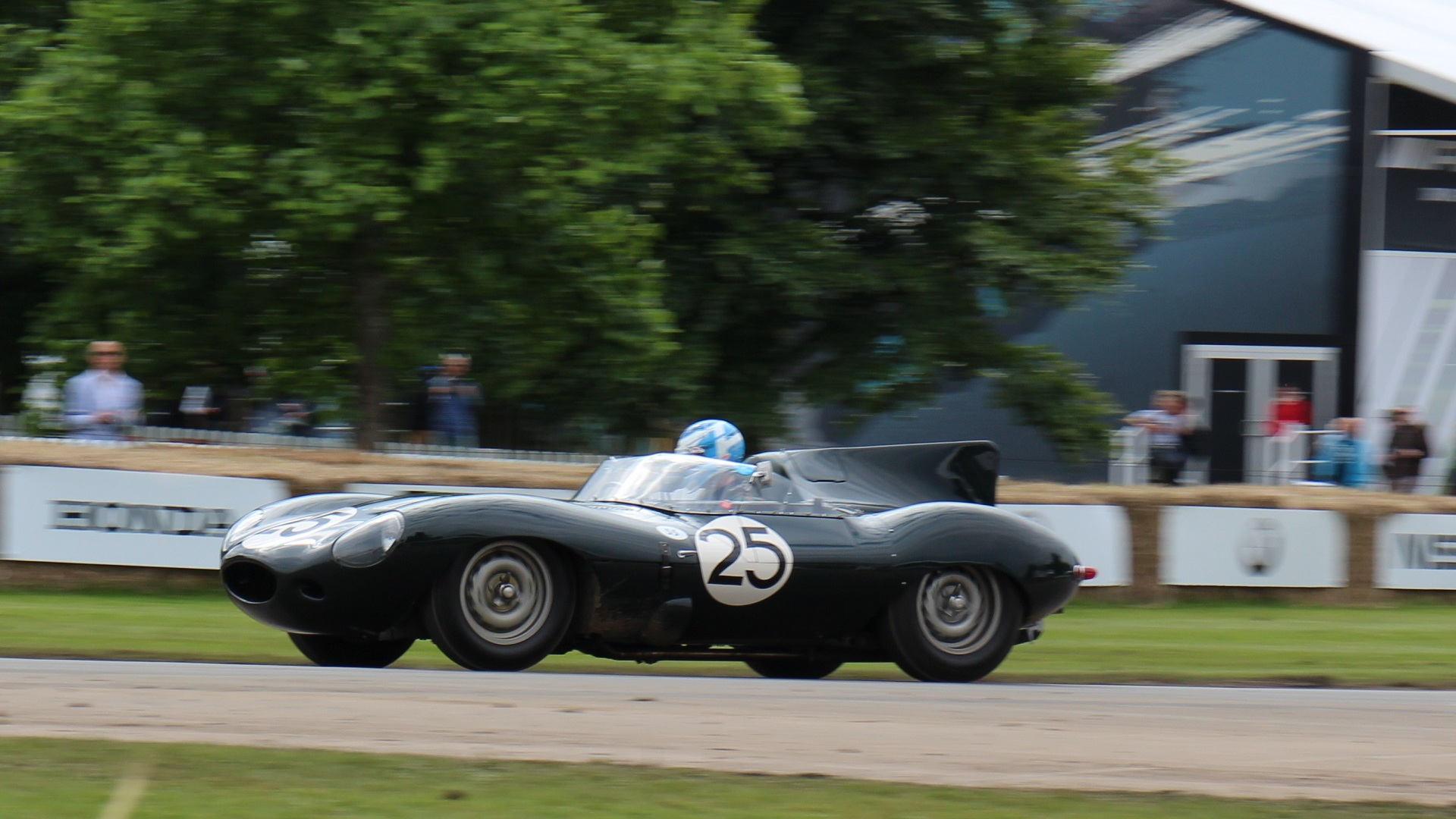 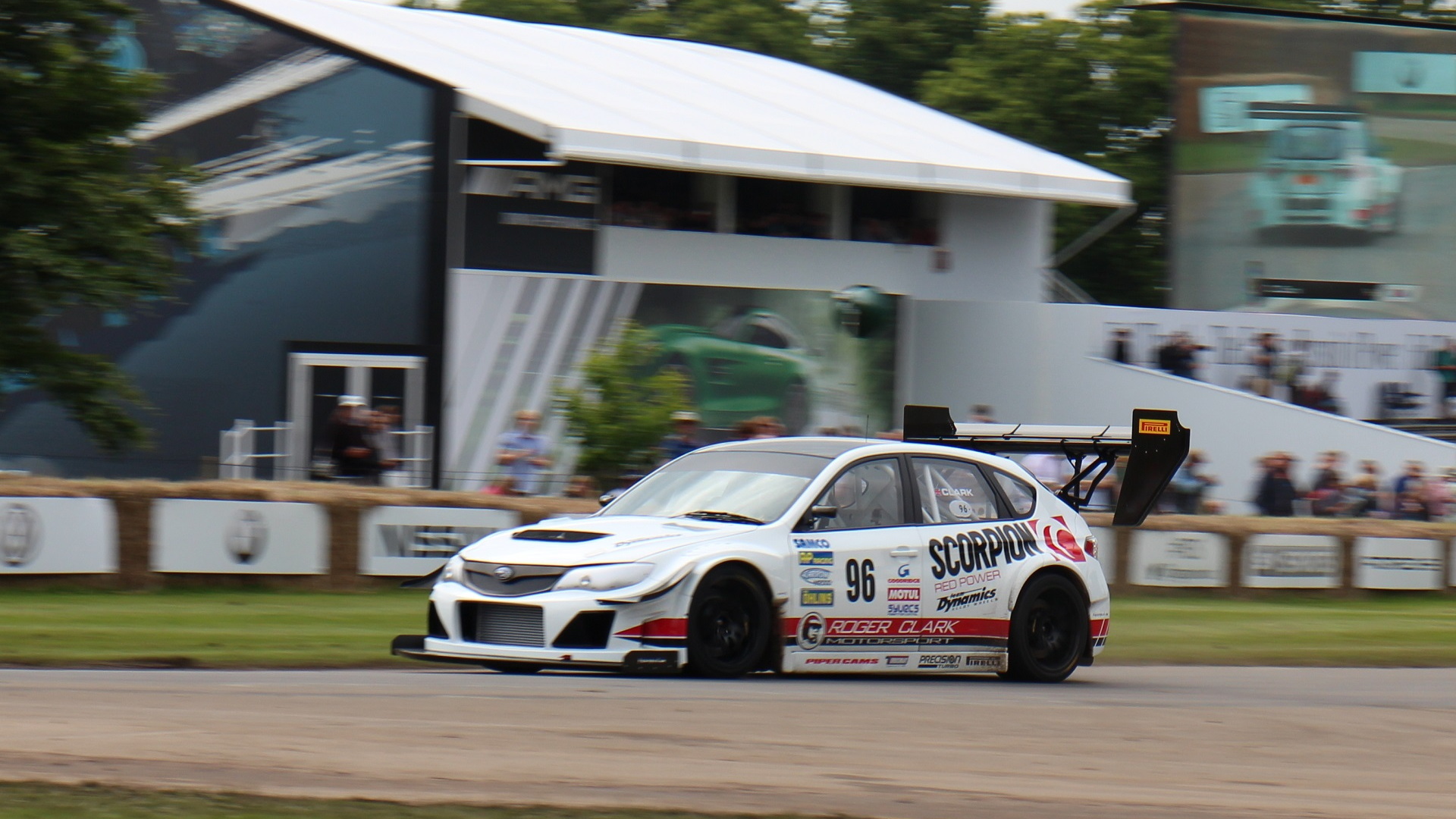 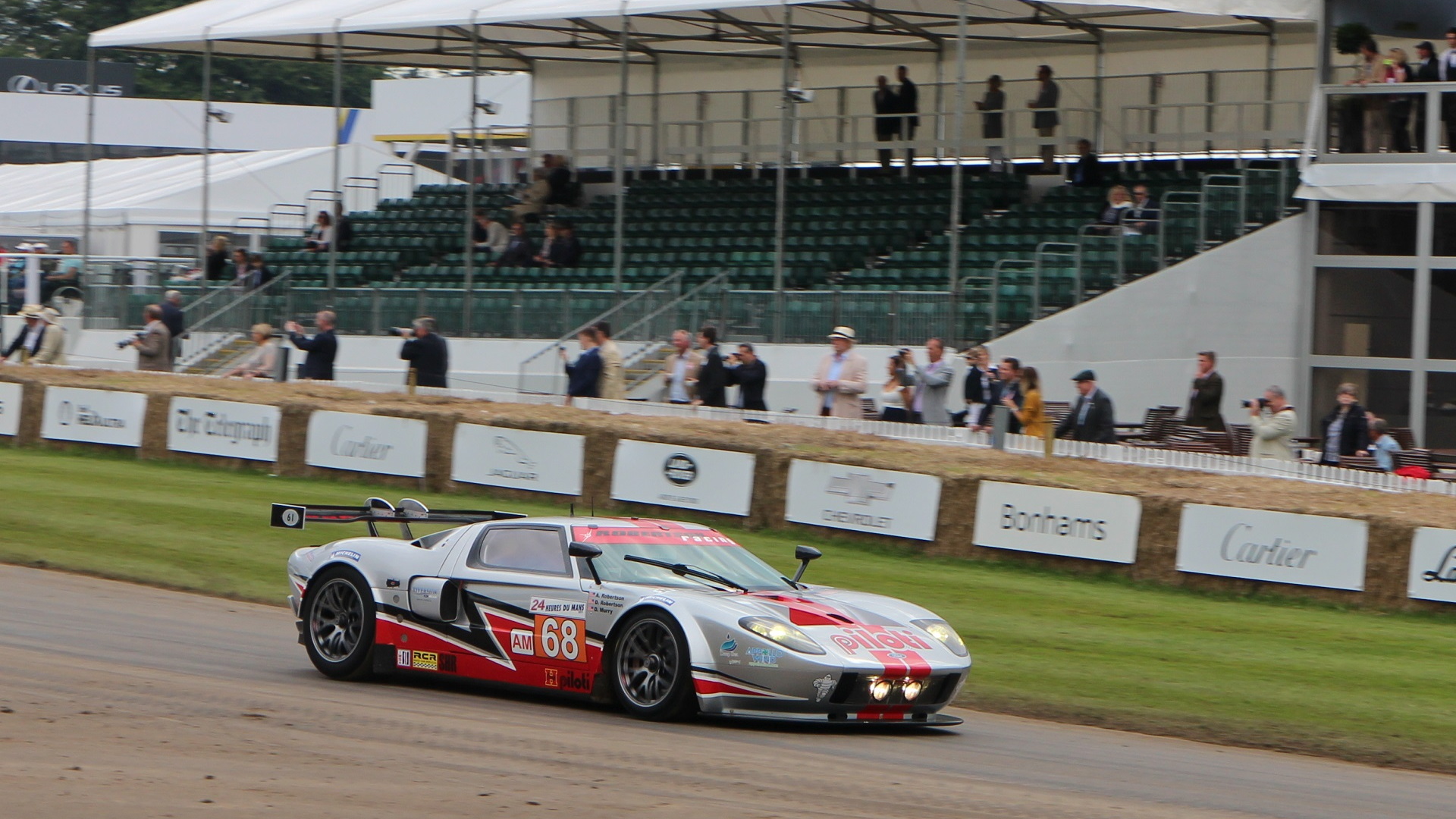 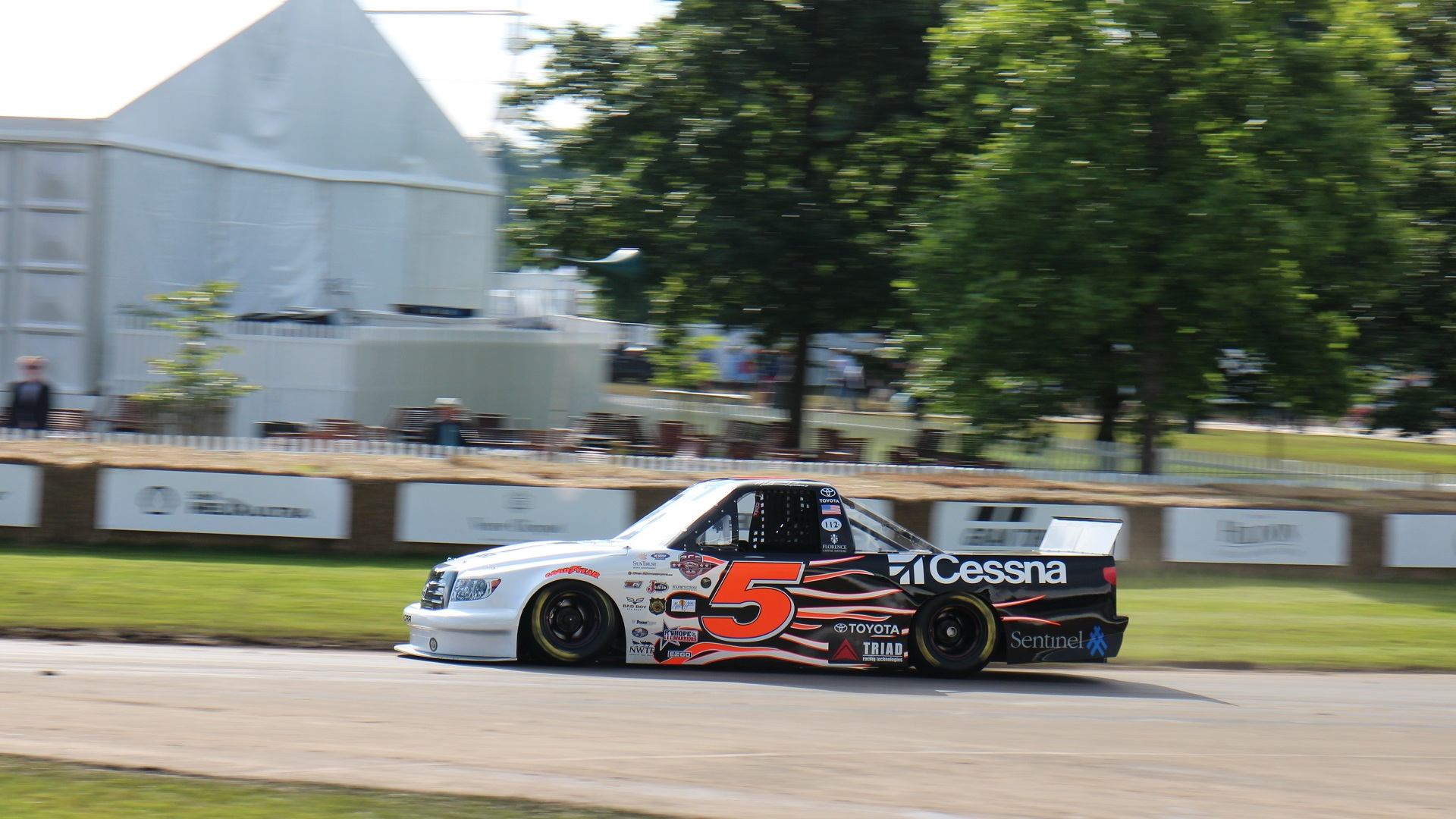 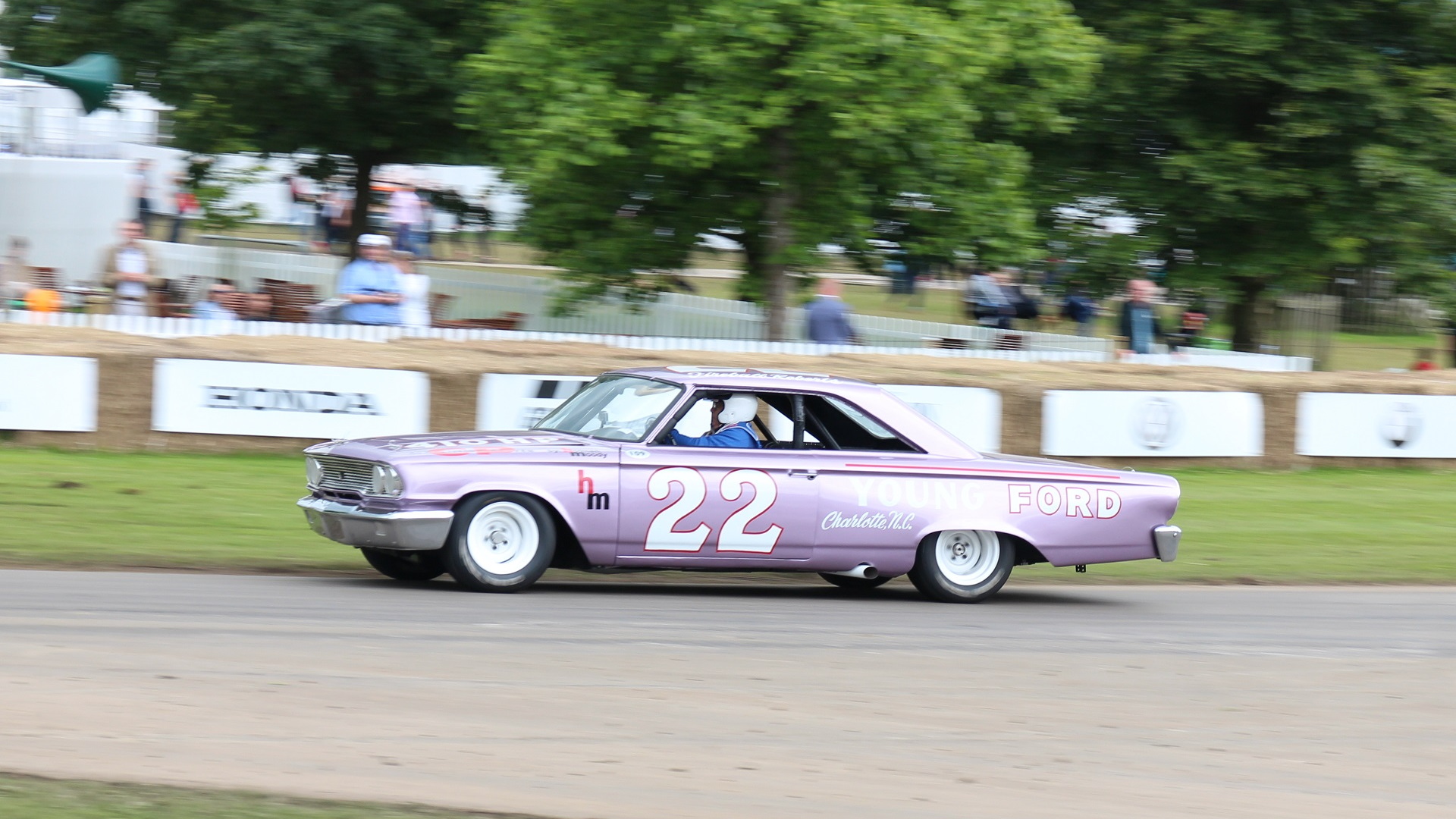 Quick, name an event in which cars 110 years apart compete against each other to race up a hill.

Welcome to the Goodwood Festival of Speed, a unique, surreal, one-of-a-kind event in which cars of every size, type, and variety compete run up a 1.1-mile hill as fast as possible. And last weekend, we were there.

It may be the only event in the world in which a 1910 Fiat 10-liter Grand Prix winner runs against a brand-new Bugatti Chiron supercar prototype.

And against historic Audi and Mercedes-Benz heritage cars of all vintages, drift cars, and Porsche’s current 24 Hours of Le Mans endurance winner.

Also, the current Isle of Man TT lap-record holder, NASCAR contenders, and Formula 1 race cars from the last half century.

Perhaps the most startling entry of all was a Kamaz Dakar Rally all-wheel-drive truck. Yes, you can actually drift it.

It may be the only event in the world whose course support vehicles include not just a handful of Mercedes-AMG GTs but even a Rolls-Royce Ghost Black Badge.

Every entry barrels up “the hill” along a twisting 1.16-mile road whose most terrifying section may be the “slate wall,” an unforgiving piece of a building that forms one side of a narrowing tunnel through which the fastest cars pass at close to 100 mph.

The Festival of Speed is held at Goodwood, an estate owned by British nobility that also happened to be a key airbase for the Royal Air Force during the Battle of Britain. Spitfires still fly in the distance.

On the manicured if often muddy grounds, you'll find many dads who’ve saved up for years to bring their sons to see the hill climb. They mingle with moneyed members of the upper class clustered around the champagne-and-seafood tent.

Carmakers host lavish pavilions for their best customers, with food and drink offered throughout the day while the whining howl of the latest racing engines and the growl of V8s from decades ago temporarily drown out chat.

It is, in other words, utter paradise for motorheads of all ages and predilections.

Like the Goodwood Revival held each fall, you can’t just show up with a car and expect to run. Organizers invite a variety of vehicles, some privately owned, some from sponsors happy to support the event.

But the parking lots are their own kind of nirvana. Rafts of Land-Rover Defenders, Aston Martins, and supercars of all varieties wear a patina of mud and straw, parked on fields that may otherwise be farmland for the estate, which raises its own livestock and produce.

The steady thrum of helicopters punctuates the background noise, with occasional private prop planes arriving on the airfield as well. (A prior history as an airbase confers some advantages.)

Dozens of luxury SUVs queue up to take car-company executives, their best dealers and customers, and the privileged to various receptions or their lodgings.

On the other end of the scale, a huge field is devoted to hundreds of tents and campers, where attendees can plan for the three-day weekend and get a jump on the crowds simply by walking into the event.

The cars themselves span a jaw-dropping range. The star of the "Clash of the Titans" class was clearly the monstrous re-created "Beast of Turin," the 28-liter four-cylinder 1911 Fiat that set a Land Speed Record.

The "Americana" class featured a newly restored 1964 Cheetah-Cadillac, the Jaguar XJ-S racer from Bob Tullius that took 13 Trans Am titles in 1978, and a Ford Mustang funny car that takes less than 1 second to get to 100 mph. There was a separate class for NASCAR racers as well.

This year's featured marque was BMW, which fielded no fewer than 27 historic vehicles—both racing and passenger—from its 100 years in business.

Not to be outdone, Mercedes-Benz brought a raft of priceless vehicles from its own heritage collection, virtually all of which made at least one run up the hill, returning muddy and rain-spattered to their sheltered paddocks.

For the second year in a row, the fastest time up the hill was logged by Olly Clark in his 780-horsepower Subaru Impreza "Gobstopper II" with its rear wing higher than the roof.

Crowd favorites included British Touring Car Championship entrants, the exotic NASCAR racers, and the antics of the drift cars who competed not for shortest run up the hill but for largest clouds of tire smoke en route.

In another piece of Americana, The Stig himself (Ben Collins) managed to dig large chunks out of Lord March's lawns while trying to keep the Ford F-150 Raptor Baja truck on the track—not always successfully. It's still apparently sprung for those 6-foot-high jump landings, to judge from its wallowing.

Lord March himself rode shotgun in several of the cars, and even drove the Bugatti Chiron up the hill. He probably has as much fun as anyone there, and droit de seigneur to boot.

Bugatti Chiron at speed during the 2016 Goodwood Festival of Speed

In the end, the best way to understand the event is simply to click through the photos and imagine yourself there.