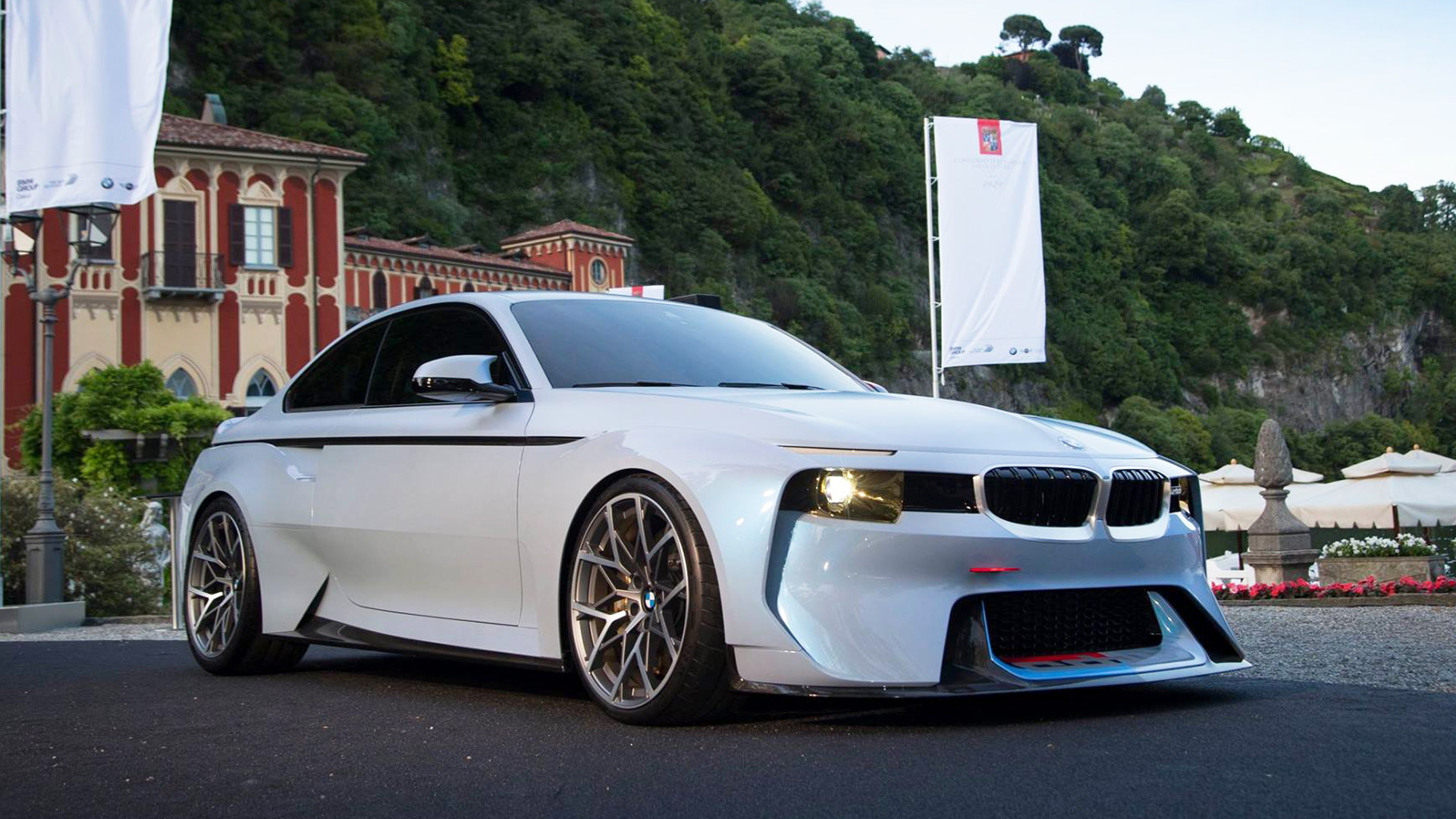 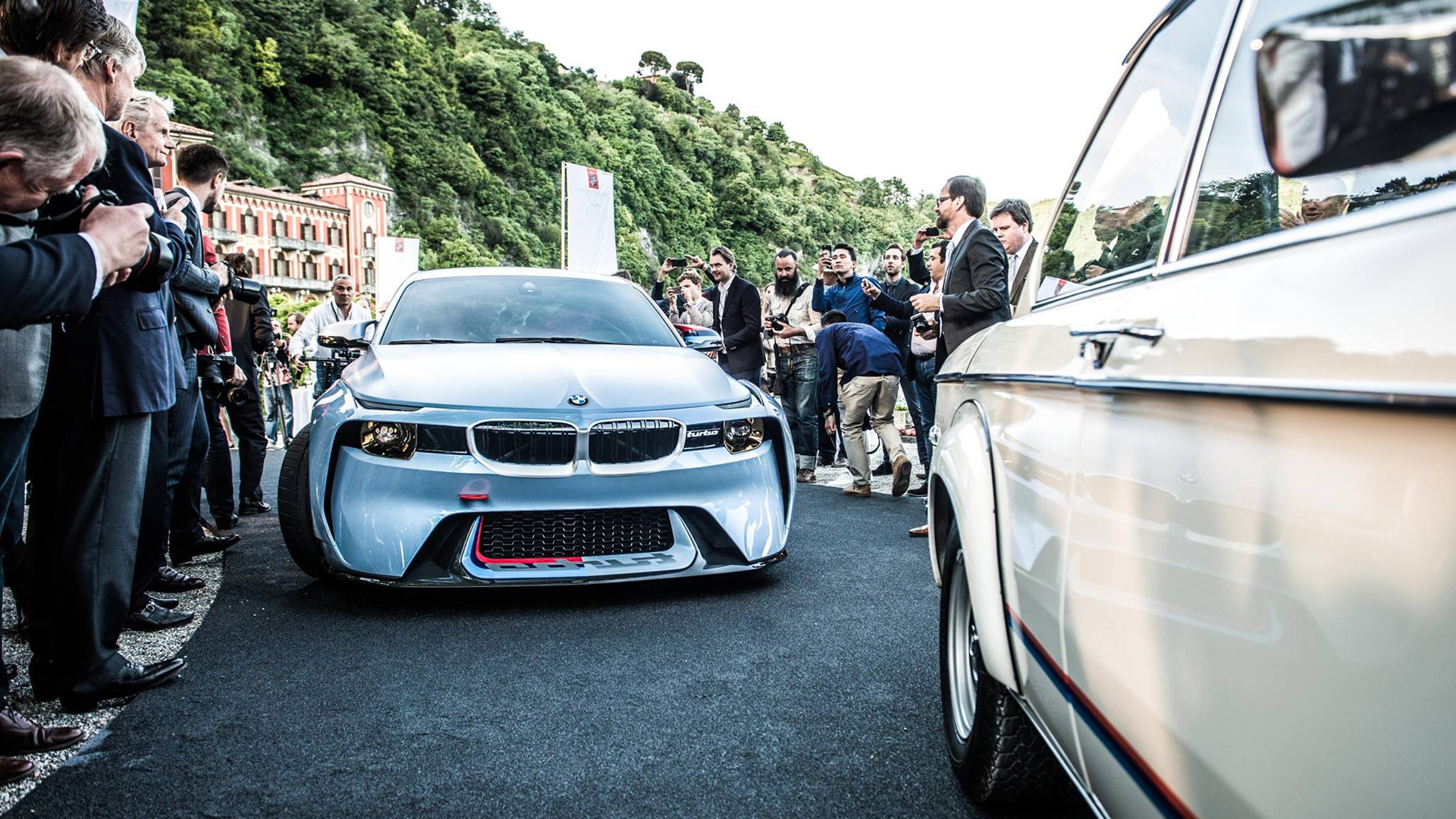 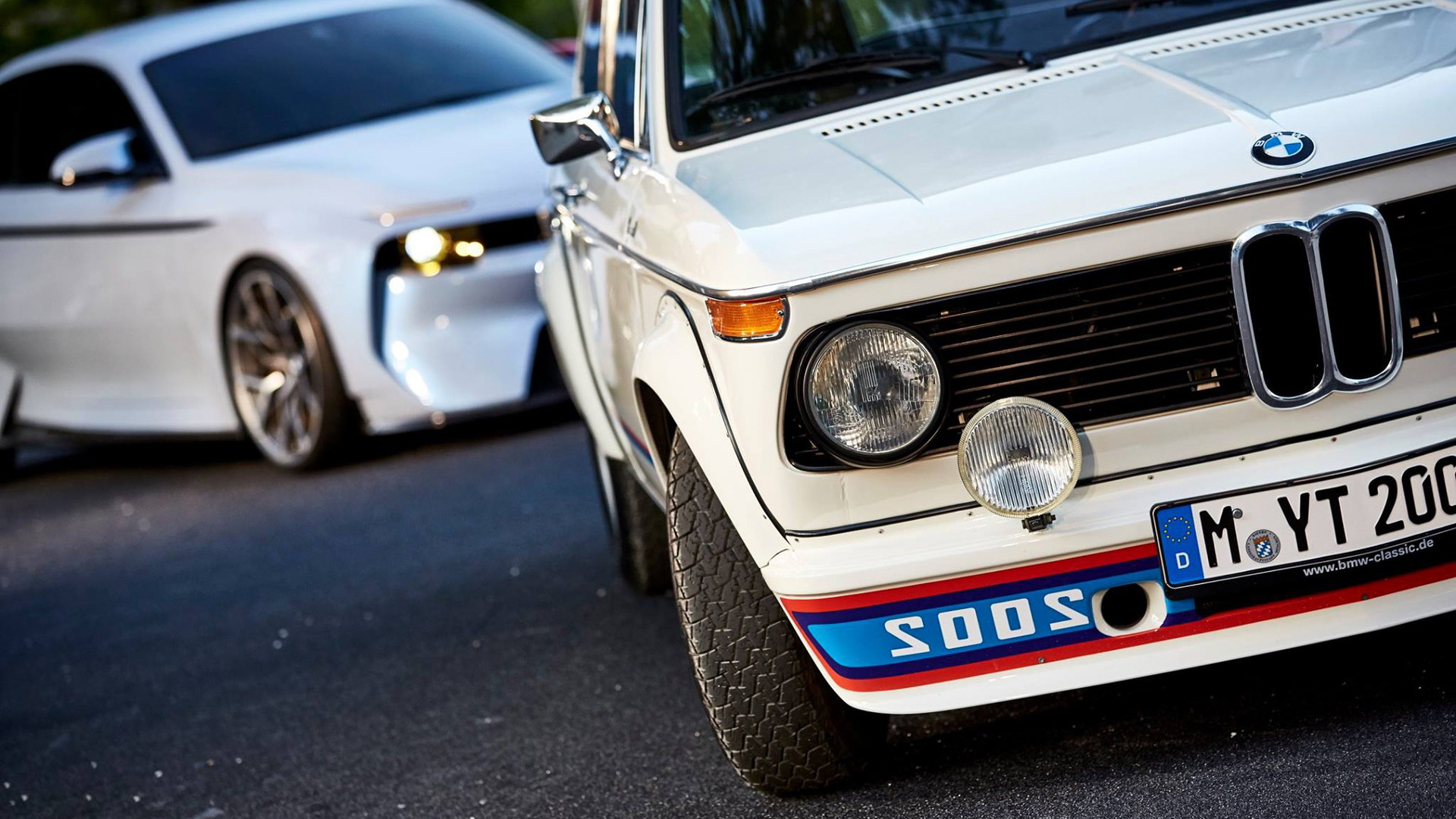 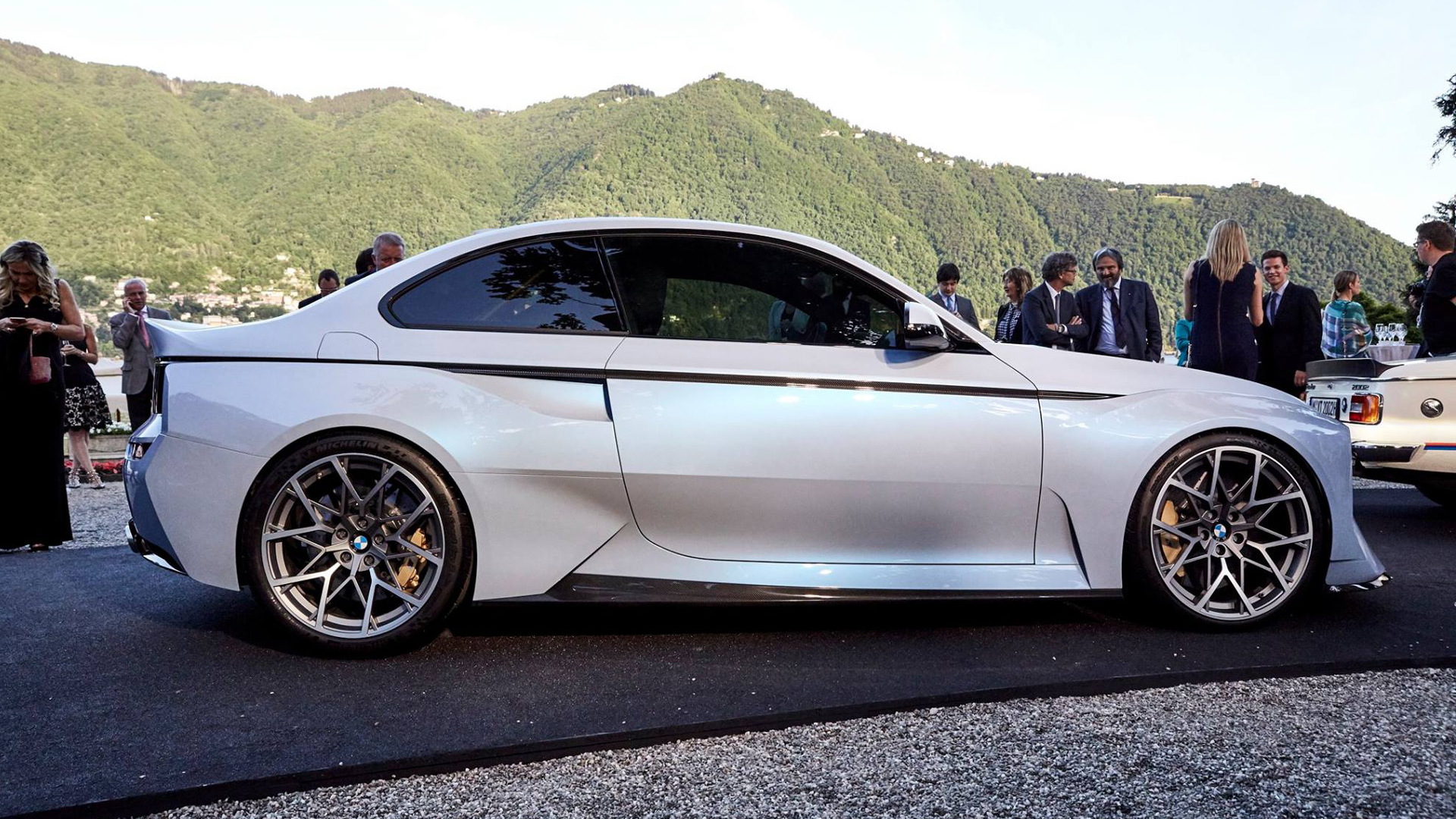 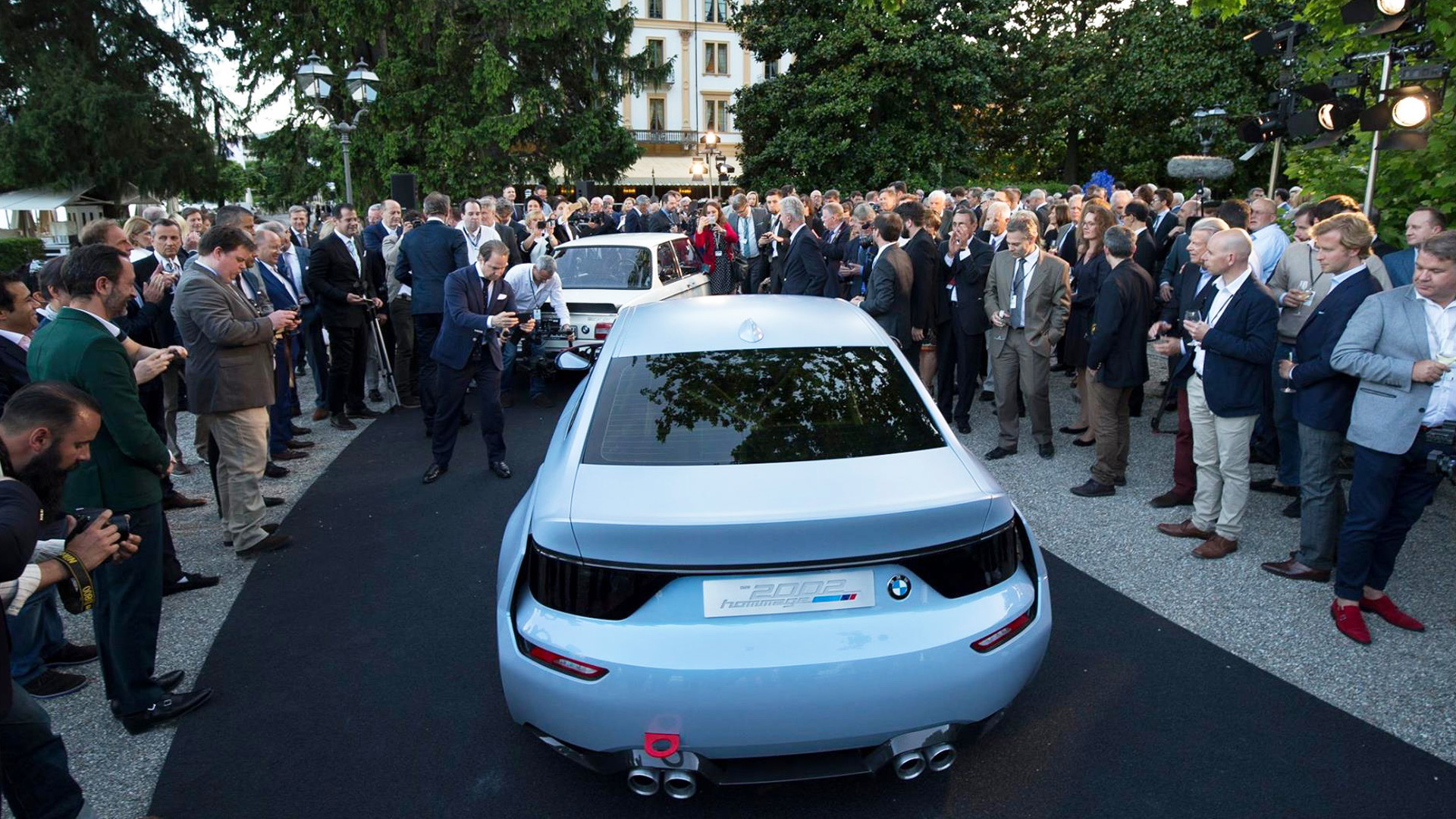 BMW pulled out a surprise at this weekend’s Concorso d’Eleganza Villa d’Este with its 2002 Hommage concept.

The concept marks the 50th anniversary of the start of production of BMW’s 02 Series of coupes back in 1966 and is described as a reimagining of the icon for the modern era.

MUST SEE: Car flies through roundabout after driver falls asleep at wheel

The concept is based on the latest M2 sports coupe but features a radically redesigned exterior. Aerodynamic details like the large spoilers at the front and rear team up with the profusion of air intakes to optimize airflow around the car and maximize downforce.

There are also a number of references to the 02. For example, inspired by the signature chrome strip that ringed the 02 in its day, a horizontal carbon band wraps itself around the shoulder line of the 2002 Hommage and splits the body visually into separate sections. And those chunky fenders recall the homologated version of the 2002 Turbo which came with a much wider track than the standard car.

BMW says the 2002 Hommage is a pure design study, so don’t expect to see a car like it in showrooms anytime soon. The automaker has a habit of unveiling such concepts at the Concorso d’Eleganza Villa d’Este which it’s been sponsoring for the past several years.

This year, there was also the R 5 Hommage from the BMW Motorrad motorcycle division. It honors the original R 5 unveiled 80 years ago.

Like the 2002 Hommage, the R 5 Hommage translates an older design into the modern era, combining the world of historical motorcycle design with the modern world of custom bikes.

For more from the Concorso d’Eleganza Villa d’Este, head to our dedicated hub.