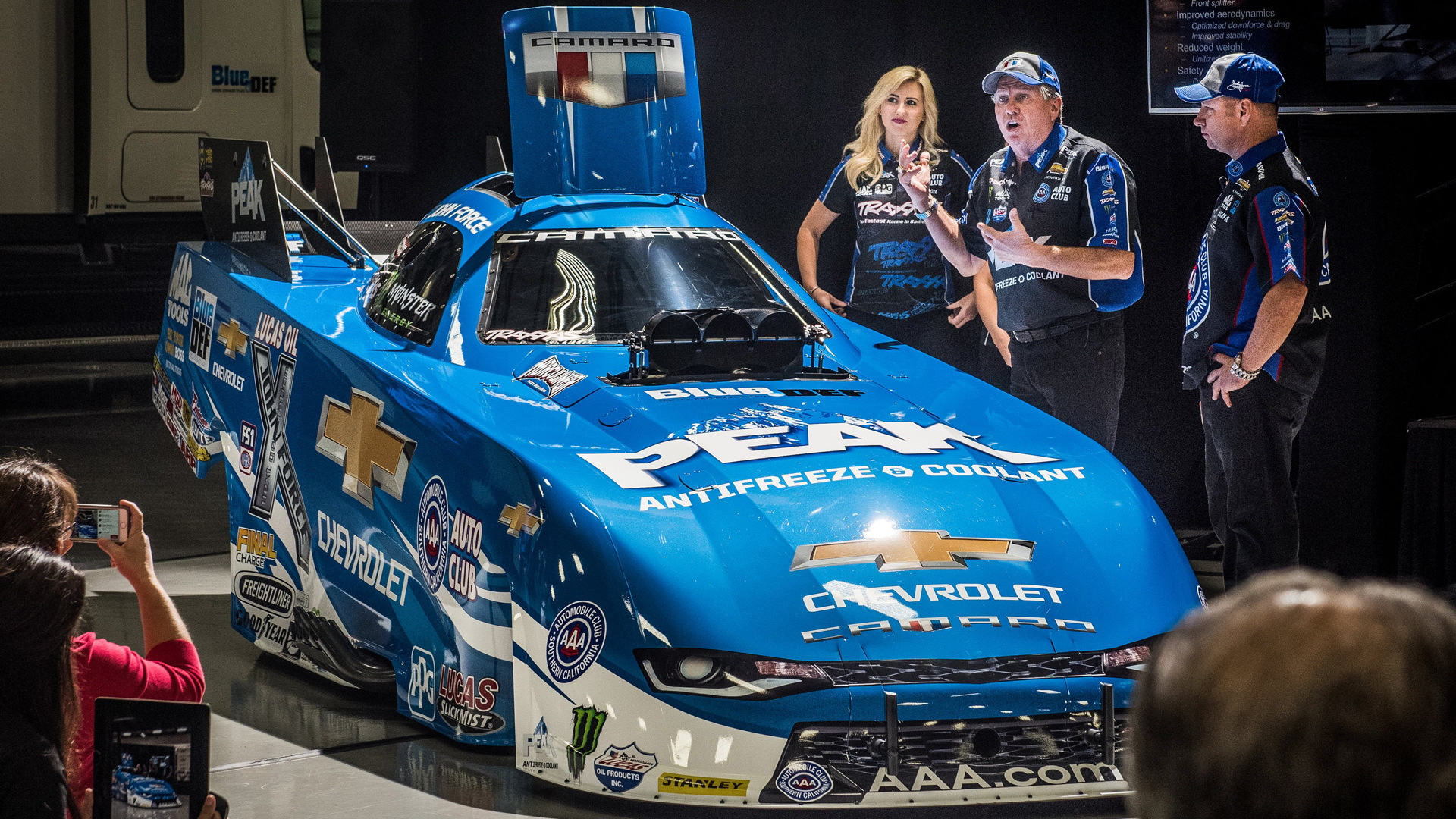 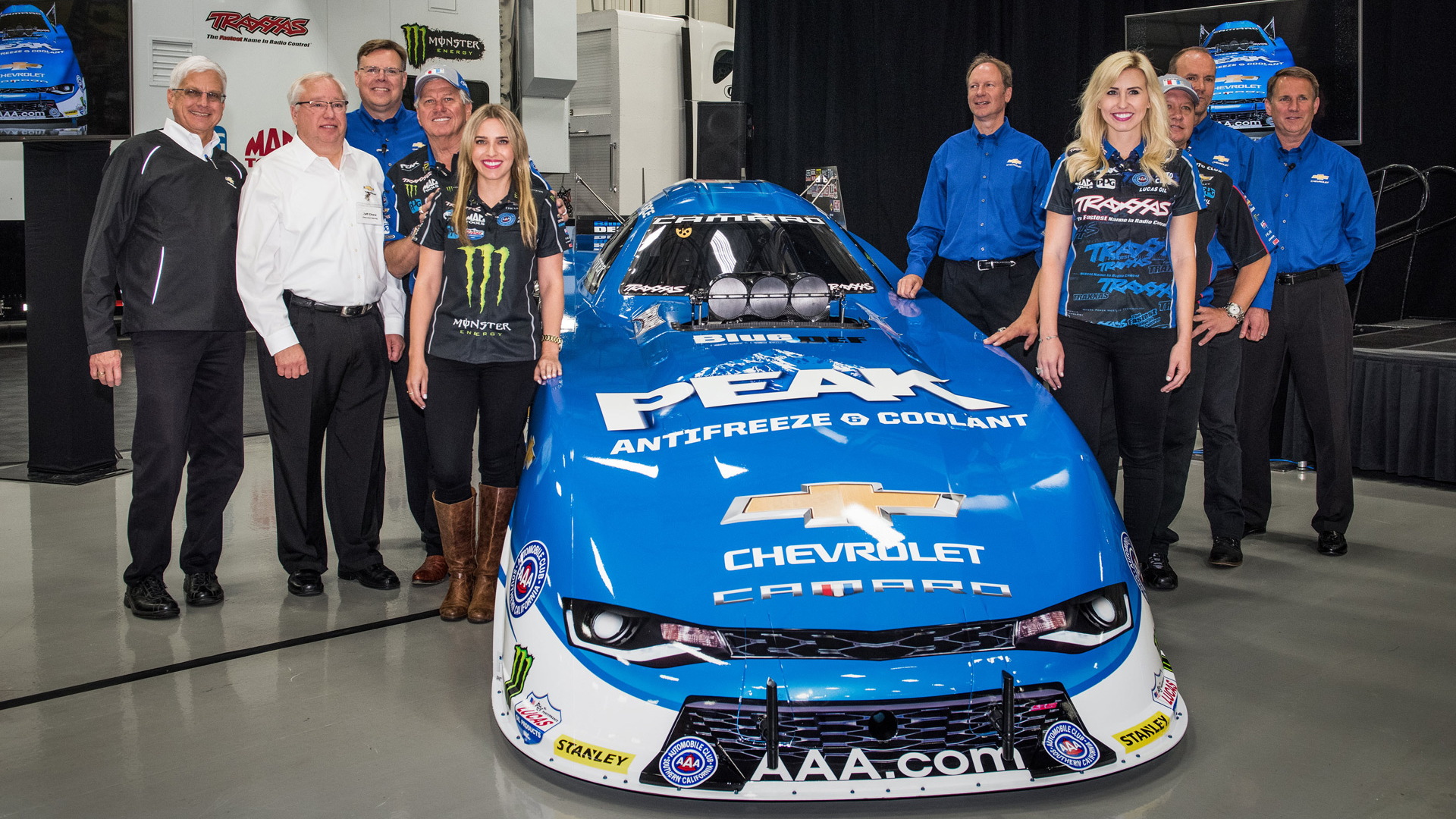 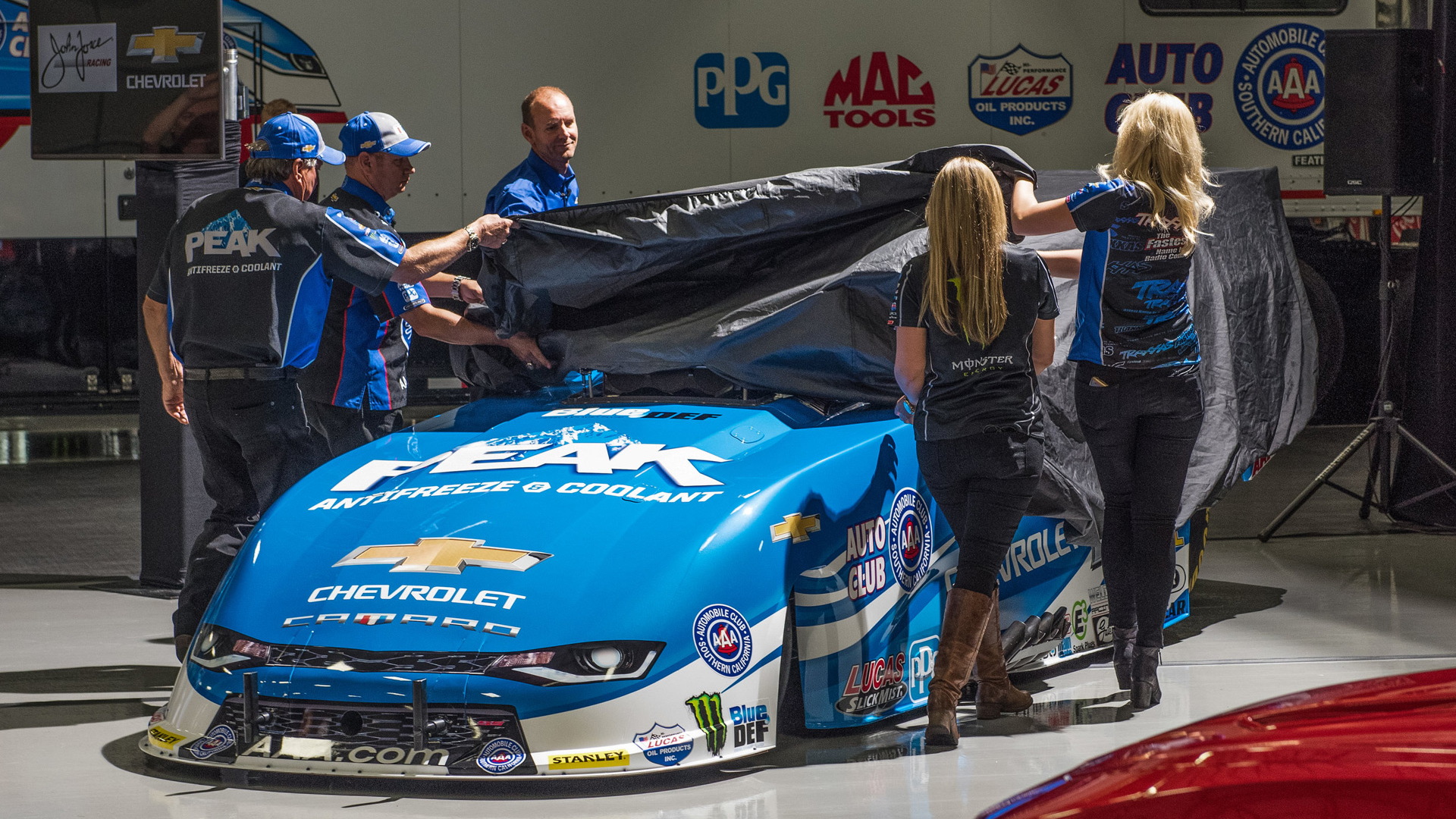 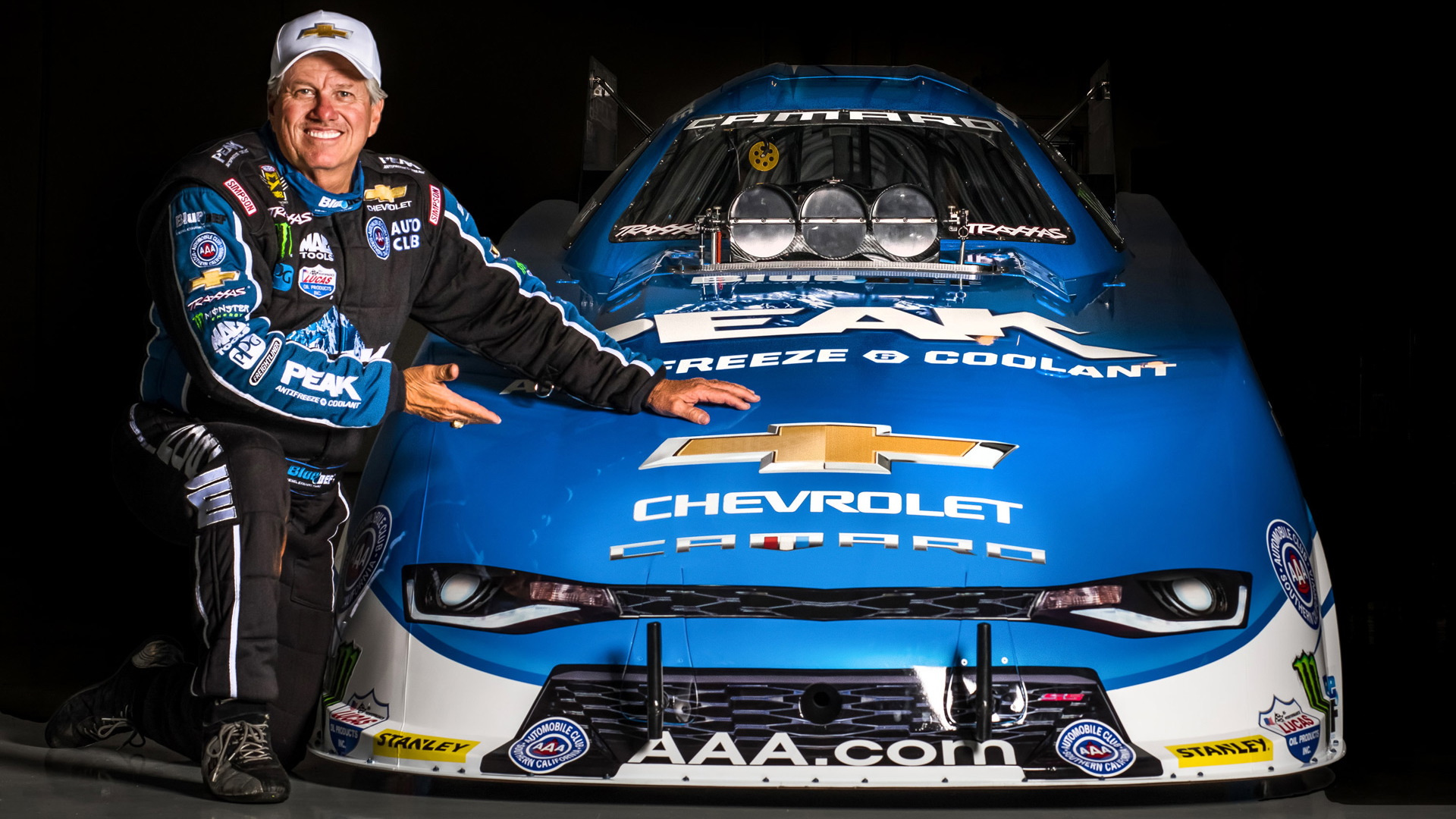 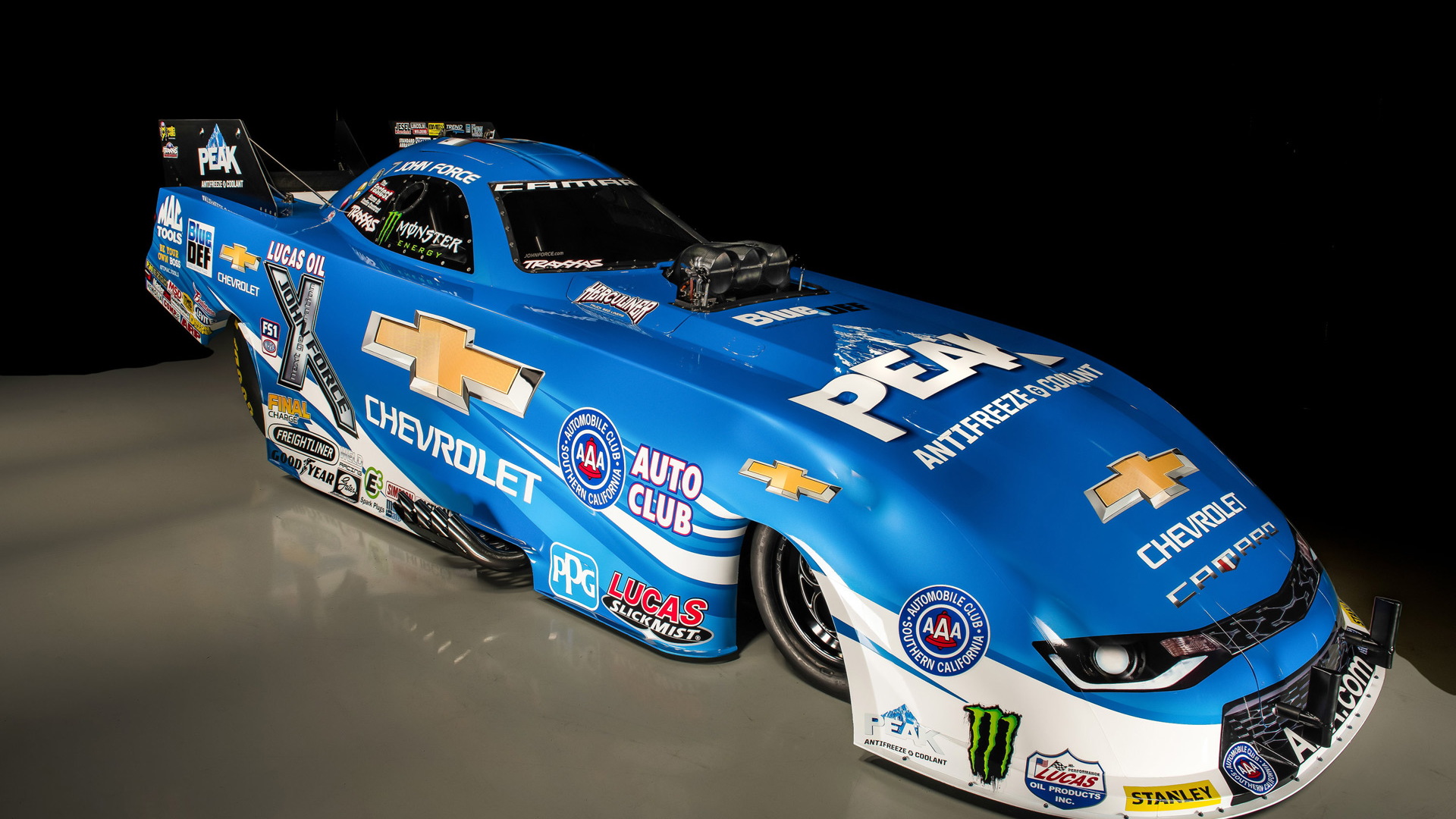 Chevrolet has unveiled its NHRA Funny Car based on the sixth-generation Camaro.

Both daughters are drag racers themselves, and some readers will recall Courtney helped introduce the 2016 COPO Camaro during last year’s SEMA show.

John will be the first behind the wheel of the new Camaro Funny Car. He’ll race it this weekend at the NHRA Kansas Nationals, in Topeka, Kansas.

Although the design appears rather rudimentary compared to cars in other motorsport categories, complex computational analysis and wind tunnel testing is required to ensure optimal airflow management.

Sufficient downforce is crucial as current Funny Cars are developing as much as 10,000 horsepower from their supercharged V-8s. This seems them accelerate from 0-330 mph in less than 4.0 seconds and in a mere 1,000 feet.

Improvements made over the previous fifth-gen Camaro-based Funny Car include an integrated front splitter that helps direct more air over the body to increase downforce. The design also incorporates dual blow-out panels, commonly referred to as burst panels. These relieve underbody pressure to help keep the body on the chassis in the event of an engine failure.

And just like its road car cousin, the latest Camaro Funny Car is lighter than its predecessor.