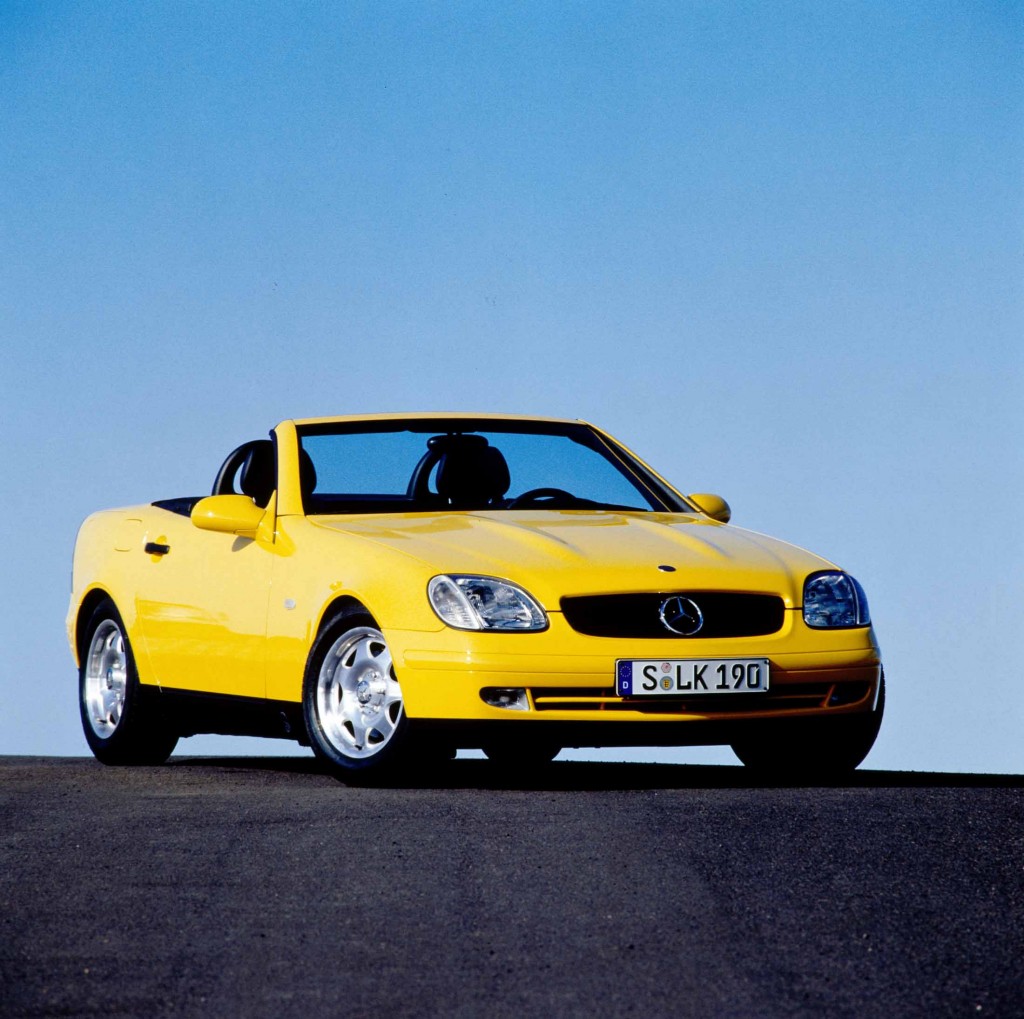 Taking the stand for the first time 20 years ago at the Turin Motor Show with its folding metal hardtop was Mercedes-Benz's innovative SLK roadster.

The original SLK was an attention-grabber, for sure, arriving in a market where only a handful of convertibles had been offered with folding metal hardtops before. The SLK promised a mainstream rebirth for roadsters as all-weather vehicles.

To celebrate the litle roadster's 20th birthday, Mercedes-Benz has actually renamed the roadster to SLC, a badge that helps the model fit in better with its new naming strategy. Small cars get Cs in their names like the C-Class sedan and the GLC crossover (which was previously called GLK). 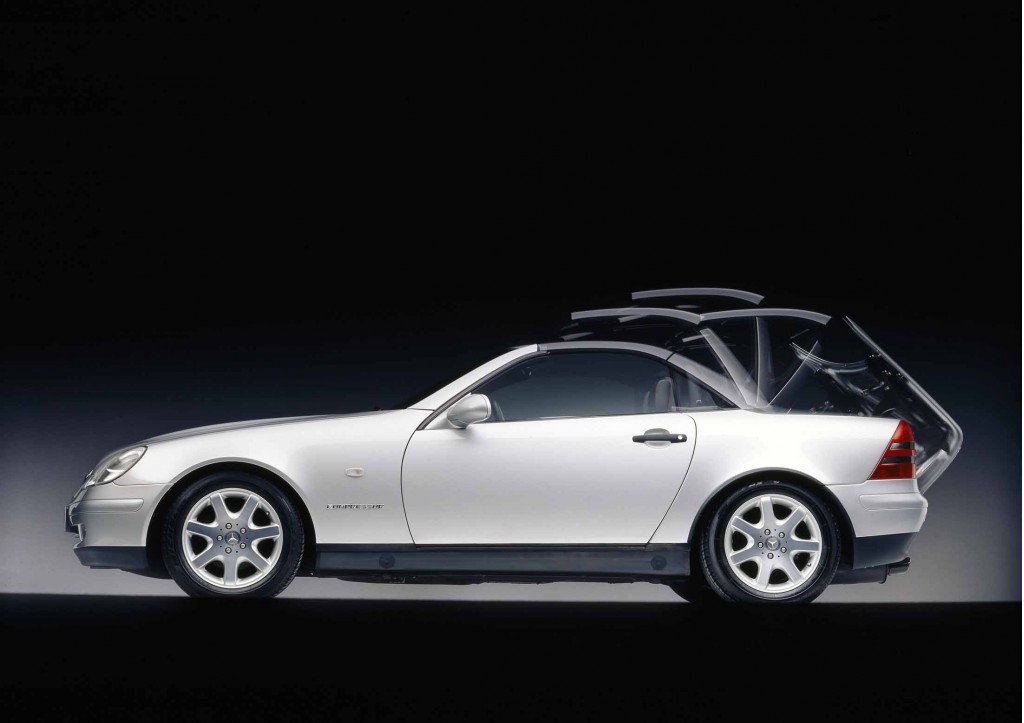 When the SLK first arrived, its name meant "sporty, light, and short" in German (sportlich, licht, and kurz for you German speakers), and it fit in below the company's significantly more expensive SL roadster.

American buyers were first offered only the supercharged SLK 230, but a V-6-powered SLK 320 and an AMG-tuned, 354-horsepower SLK 32 AMG soon followed. The first generation SLK was built for almost a decade before being replaced in 2005.

The original SLK squared off against the BMW Z3 and the Porsche Boxster, both of which have since received new names (Z4 and 718 Boxster, respectively). The BMW has followed Mercedes' lead by offering a metal folding hardtop, while the Boxster spawned the Cayman coupe.

The market for small roadsters has generally dwindled for BMW and Mercedes, though both brands view the Z4 and SLC as essential image boosters.