As we said yesterday, weather conditions can be quite changeable at this time of year in Melbourne where the first race of the 2016 Formula One World Championship, the Australian Grand Prix, is being held.

Today’s practice session at the Albert Park street circuit was marred by rain and more of the wet stuff is expected for tomorrow’s qualifying session. The good news is that the current forecast for Sunday’s race calls for mostly sunny skies and a peak temperature of 73 degrees F (23 degrees C).

Because of the wet conditions, little could be picked up about the new tire compounds, which is usually course for the day during the Friday practice session. 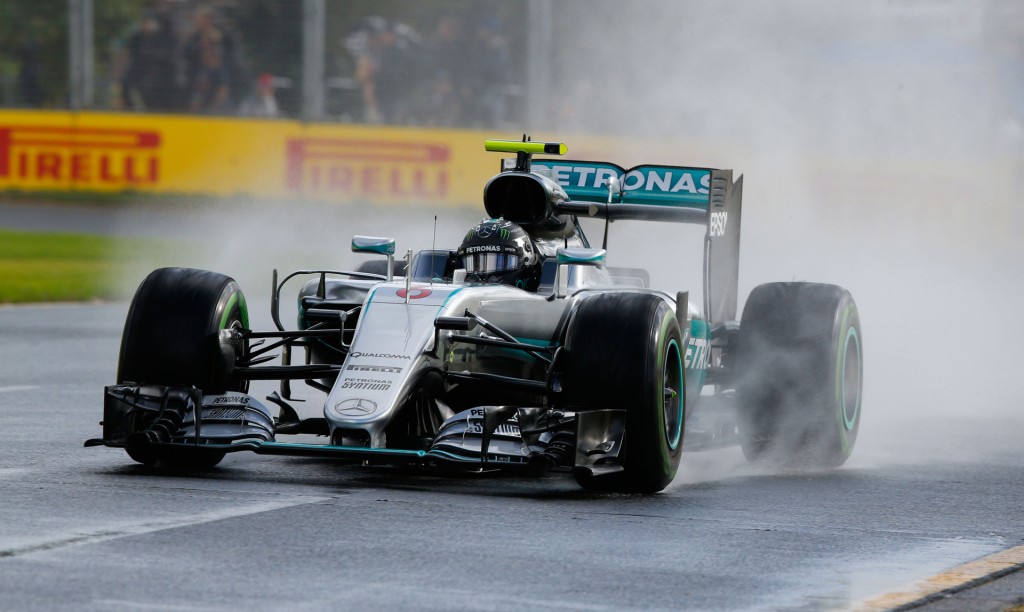 This season, there are three nominations, two of which are compulsory during the race. For the Australian race, Pirelli has nominated its medium, soft and supersoft compounds, with the medium and soft nominated as compulsory.

As well as wet weather, there were high winds and cool conditions that resulted in track temperatures that were around 20 degrees less than those recorded yesterday. This caught up Mercedes AMG’s Nico Rosberg who spun and clipped the nose of his car on a wall.

His teammate Lewis Hamilton was the fastest today followed by Force India’s Nico Hulkenberg and Ferrari’s [NYSE:RACE] Kimi Räikkönen. There was some good news for McLaren, with Fernando Alonso putting in a competitive time.