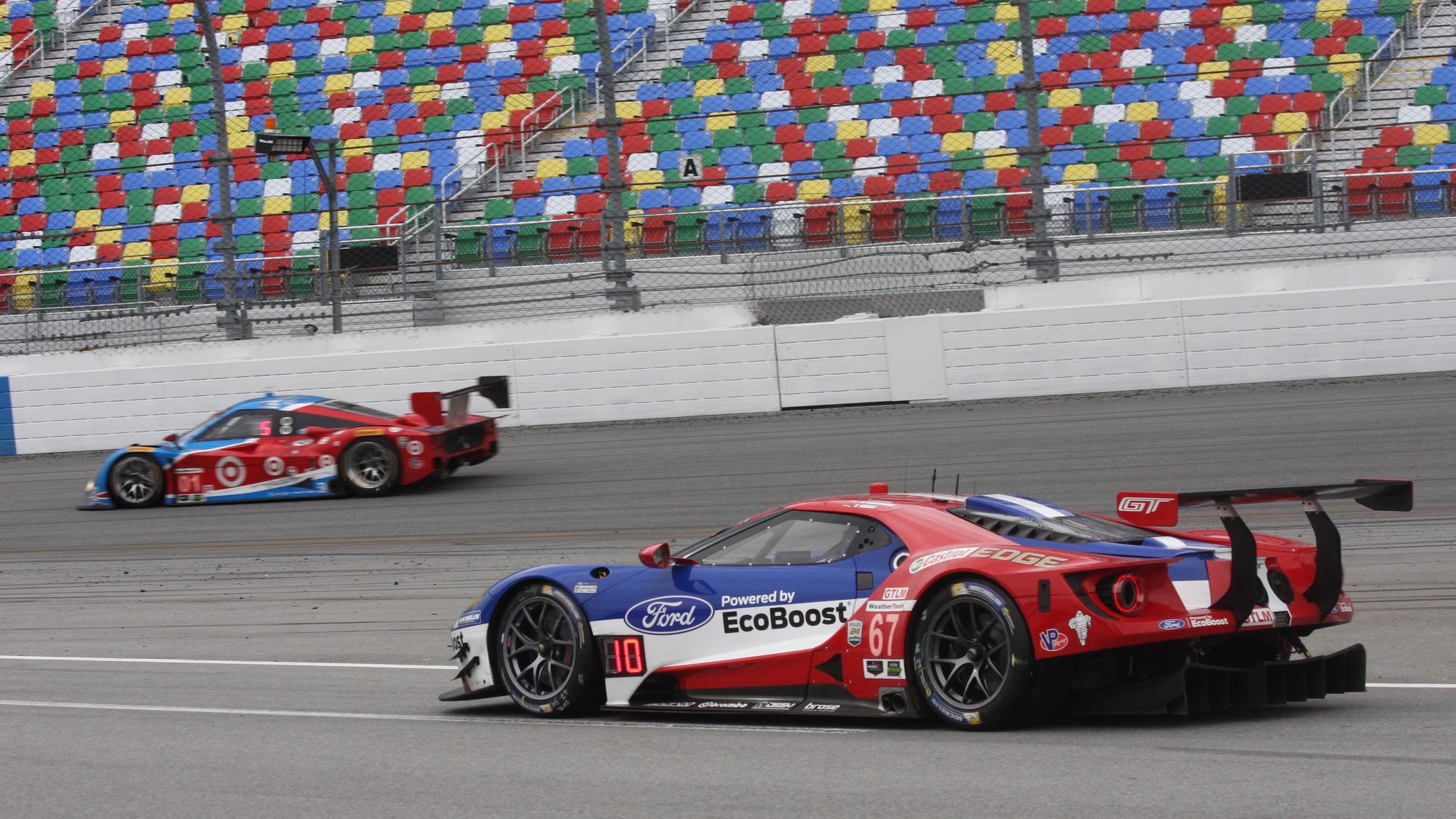 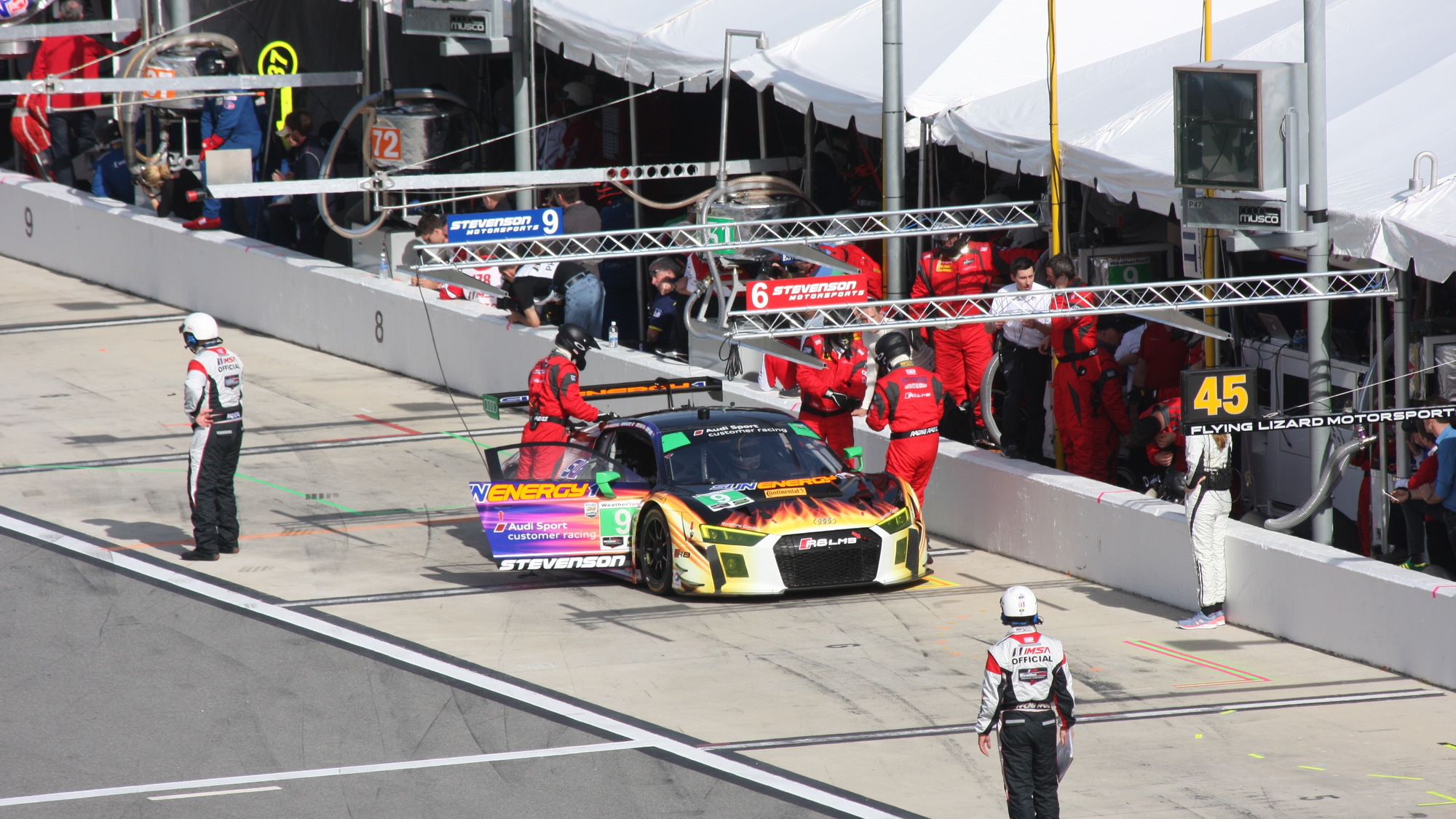 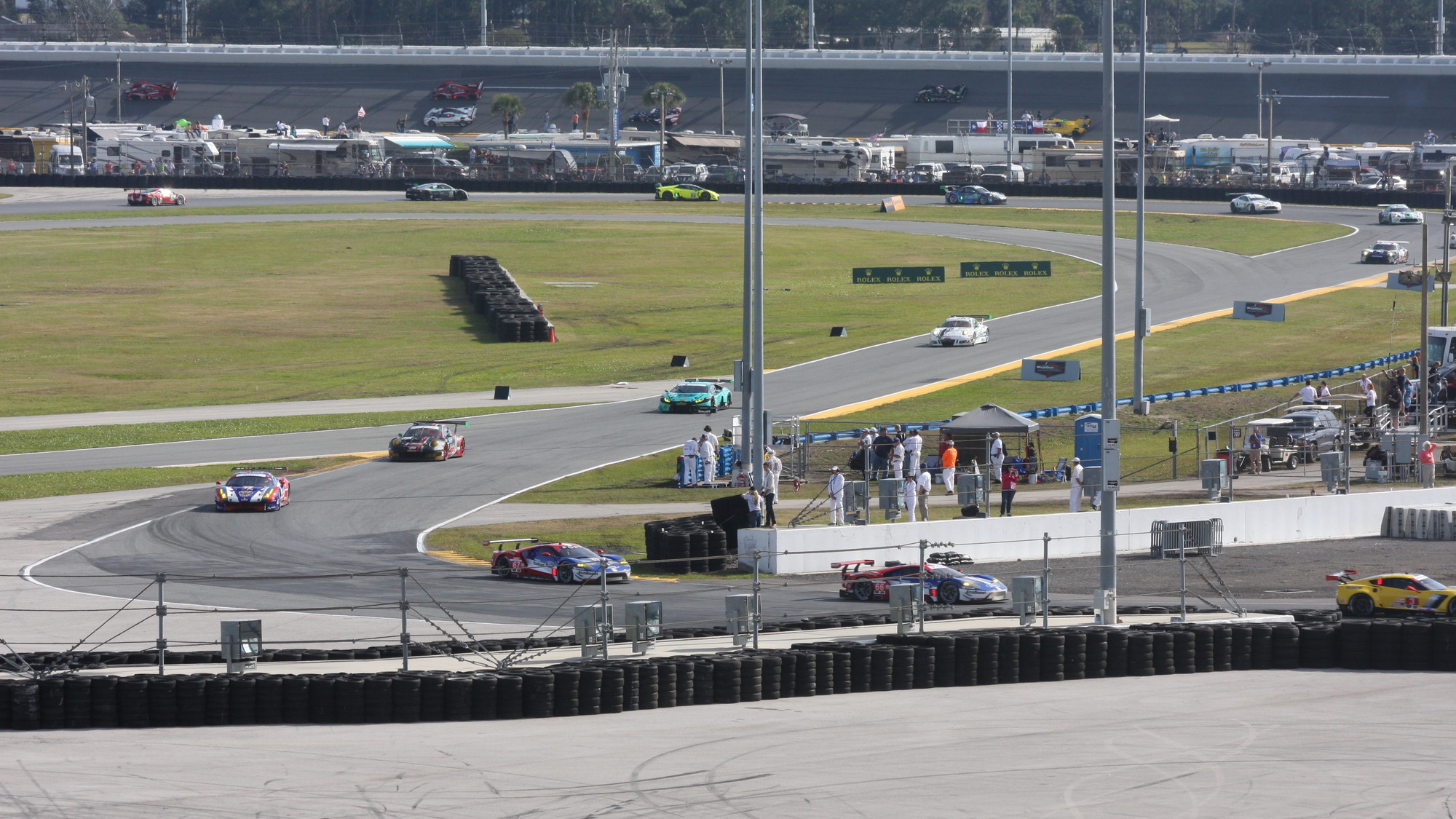 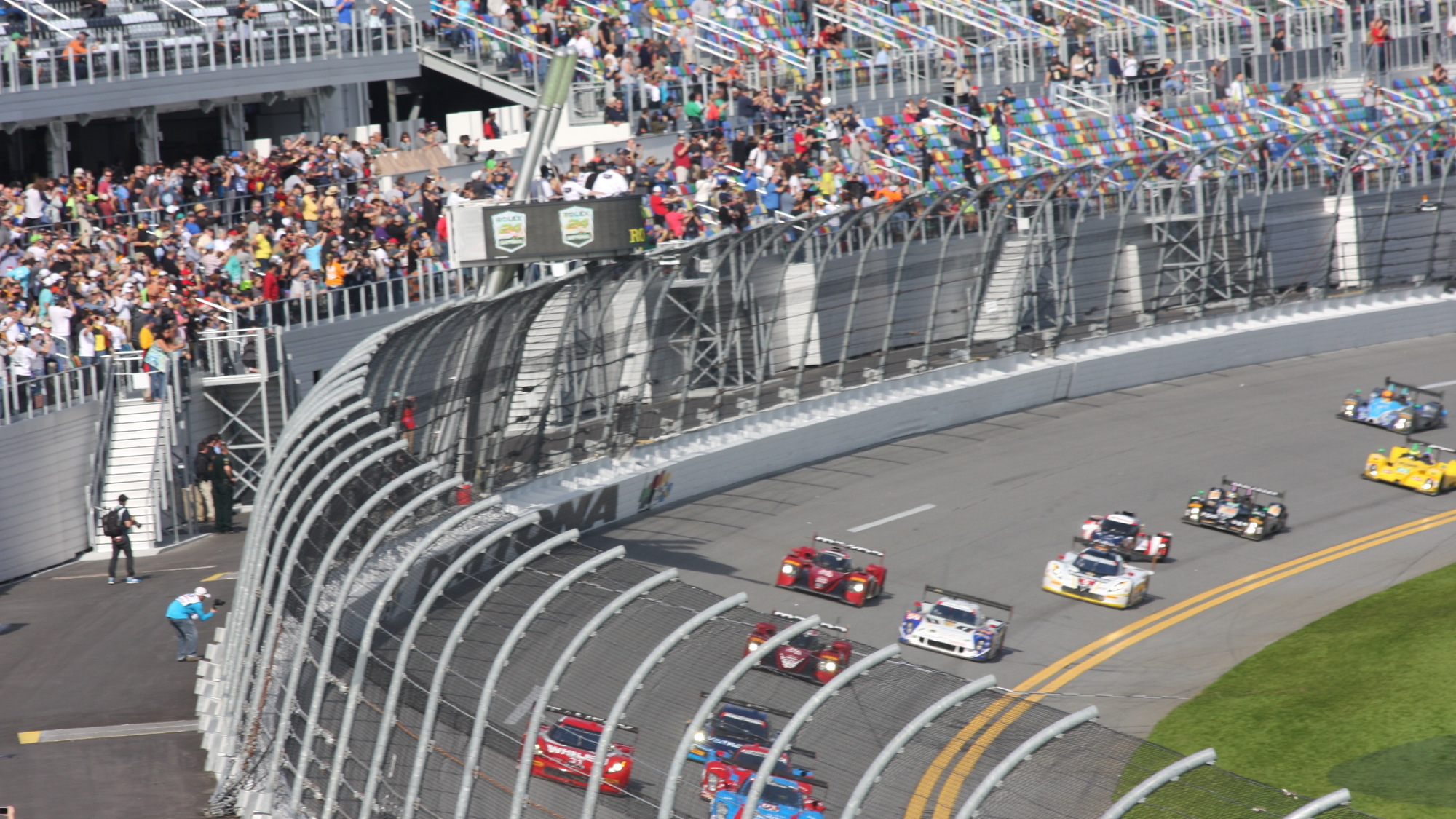 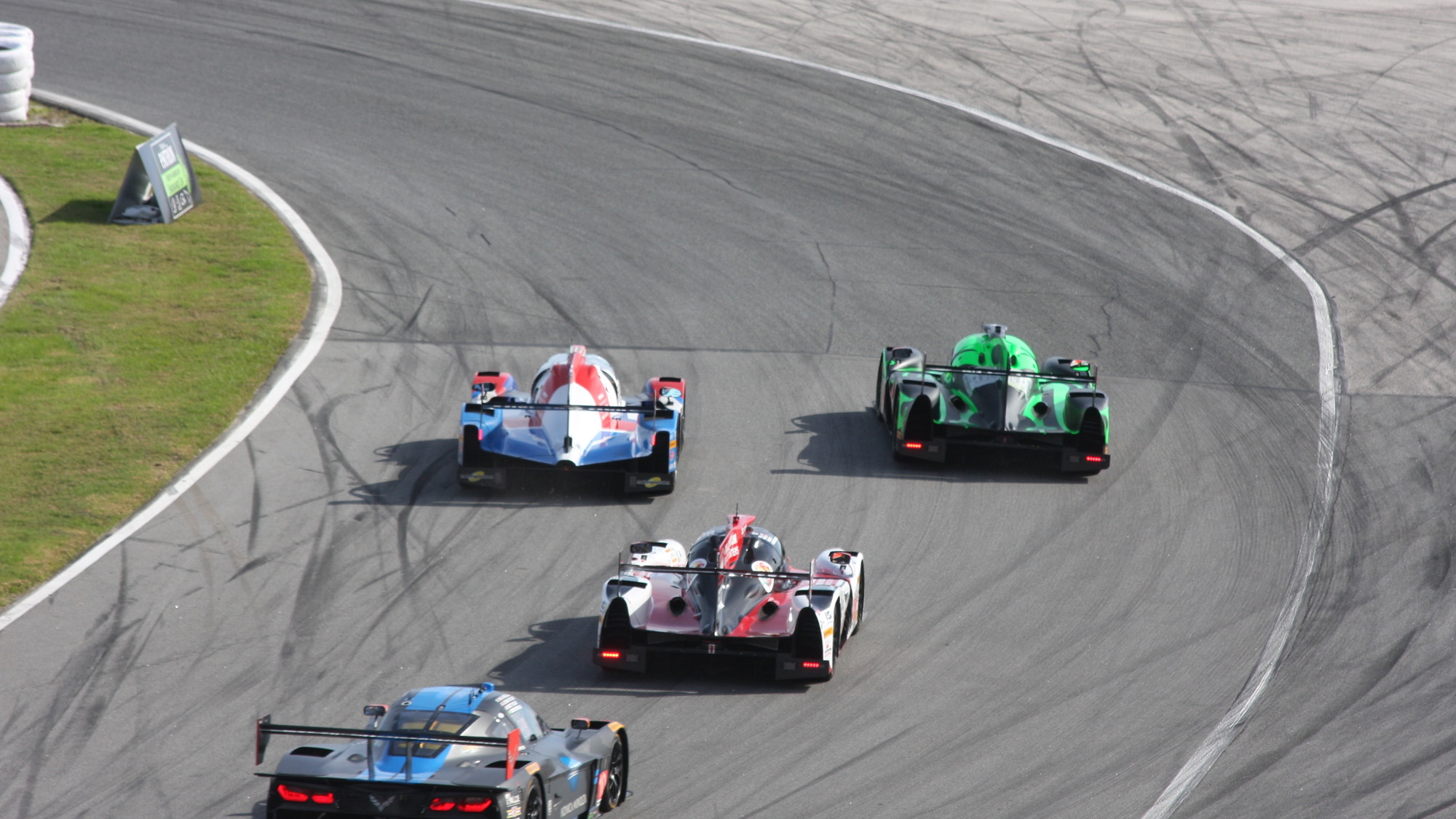 I've always respected the purity of sports car racing, but I just never really got into it. And then the invitation came from Audi to attend the 2016 Rolex 24 at Daytona and I couldn't pass up the opportunity. With little exposure to the sport, I had to educate myself on the various classes and the cars that compete in them. I had to learn how to follow the race, where to go for the best views, and decide if I wanted to stay up all night to follow the action. Having gone through that process, I figured I'd share what I learned here. And for those who already know all that stuff, I shot a few hundred pictures and pared them down to the 100 or so best shots.

The most basic information casual race fans need to know is that four classes compete in the 24-hour race. From slowest to quickest they are GT Daytona (GTD), GT Le Mans (GTLM), Prototype Challenge (PC), and Prototype (P). GTD may be the slowest class, but it's arguably the coolest. The class has changed this year to take on the rules of the FIA's GT3 class, making it easy for race teams from all over the world to compete in America, as well as Europe and Asia. Many of the cars in the class are new this year, including the Audi R8 LMS GT3, the Lamborghini Huracan GT3, and the BMW M6 GT3. Other competitors are the Dodge Viper GT3-R, Porsche 911 GT3 R, Aston Martin Vantage GT3, and Ferrari [NYSE:RACE] 458 GT3.

Several GTD cars looked great in the race. The Porsches were competitive at the outset, as were the BMWs.The Lamborghinis were running one and two midway through they race until they crashed into each other, putting both cars out of contention. The number 44 Audi R8 won the class, giving the new Audi wins at several endurance races early in its career.

The GTLM class had perhaps the most intrigue of the race. It marked the debut of the Ford Motor Company [NYSE:F] GT supercar in race car-trim, the same car that Ford intends to run at the 24 Hours of Le Mans to celebrate the 50th anniversary of the original GT40's one-two-three win in the famous face back in 1966. Unfortunately, despite developing the 3.5-liter V-6 engine for the last two years in the Ford EcoBoost Prototype race car, both GTs had mechanical issues that put them out of the running. These are the teething issues that typically plague new race cars. Other competitors consisted of the Chevrolet Corvette C7.R, Porsche 911 RSR, Ferrari 488 GTE,  and BMW M6 GTLM. A pair of C7.Rs, cars that have competed for quite some time, finished first and second. And by the way, none of the competitors come close to sounding as mean as the Vettes.

The PC class had a total of eight cars, all Orecas. I don't know what an Oreca is, but without an automaker's name behind it, I found it hard to get into this car. The number 85 car took the win.

I found the Prototype cars more interesting. The aforementioned Ford EcoBoost competed in this class, and so did Prototype versions of the Corvette, a pair of Mazdas, the Nissan BR01, the BMW Power Riley DP, the oddball DeltaWing DWX13, and the Honda HPD Ligier JS P2. The DeltaWing was running well early in the race, even taking the overall lead, but it punted a car that had spun in a turn and sustained too much damage to return. While four of the top six finishers were Corvettes (did I mention nothing sounds like them), the Honda pulled out the win.

During the race, I was able to follow the action, even when on the go, thanks to a handy IMSA app. I recommend it highly to anyone who wants to keep abreast of the competition. I also learned that infield is a 24-hour meandering party; the noise and smells feel like home to a car guy, and the pit area is a great spot to take pictures (though any given turn works well, too, if you bring a step stool to look over the fence).

In the end, it was just too grueling to stay up all 24 hours. It's amazing that the teams, drivers, and especially the cars are able to handle a full day of punishment. The 24 hours of Daytona is a spectacular sight, and I would suggest any automotive enthusiast put it on his/her bucket list.