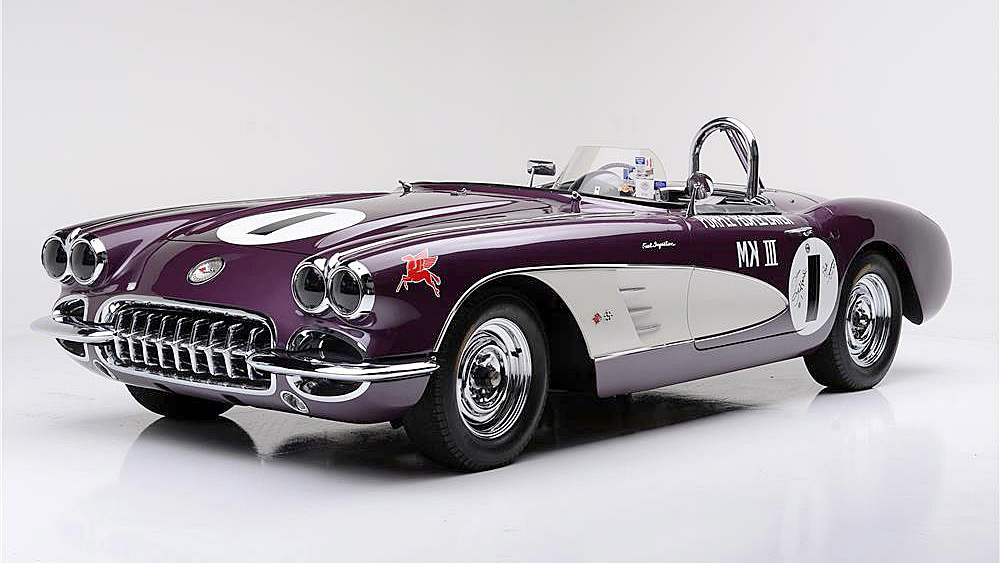 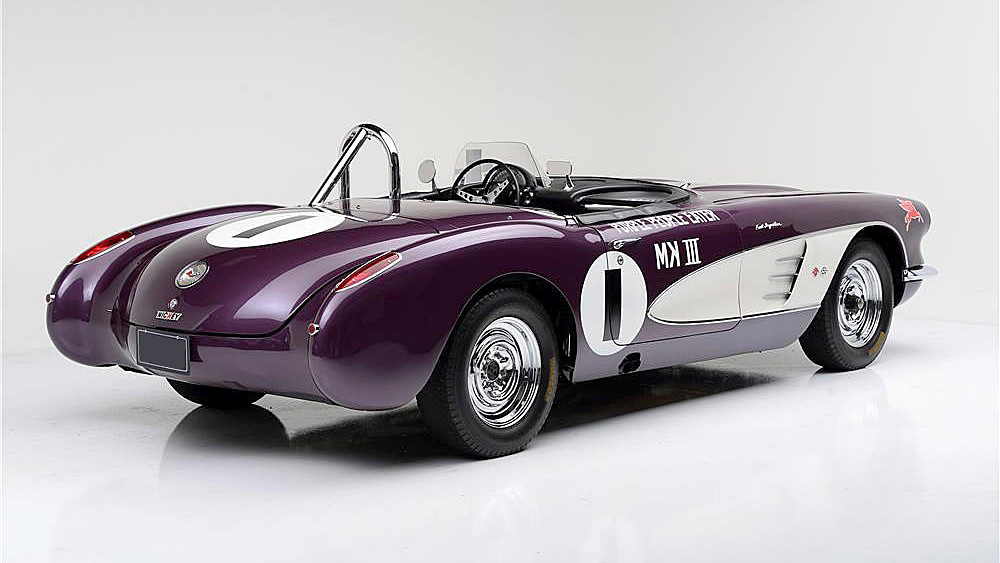 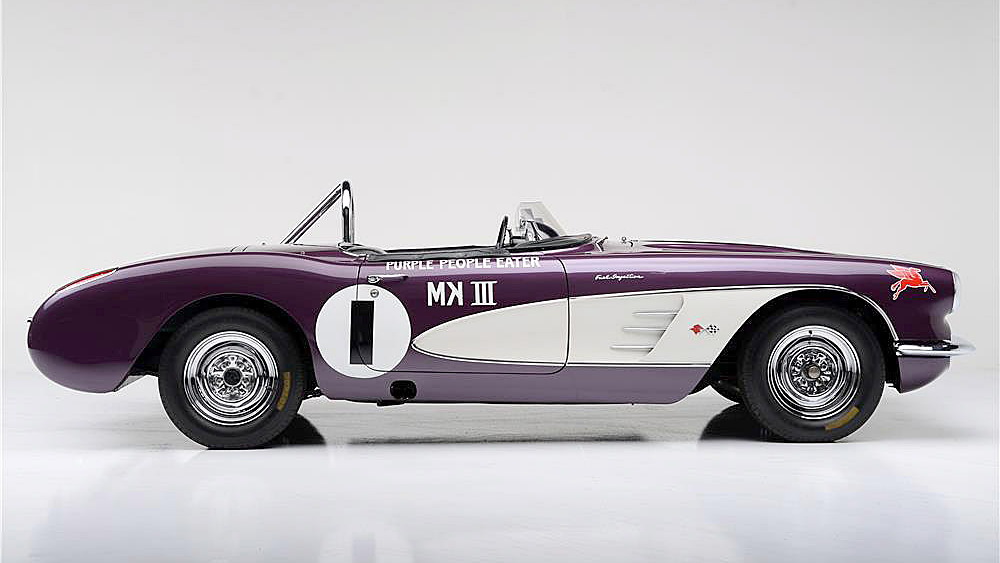 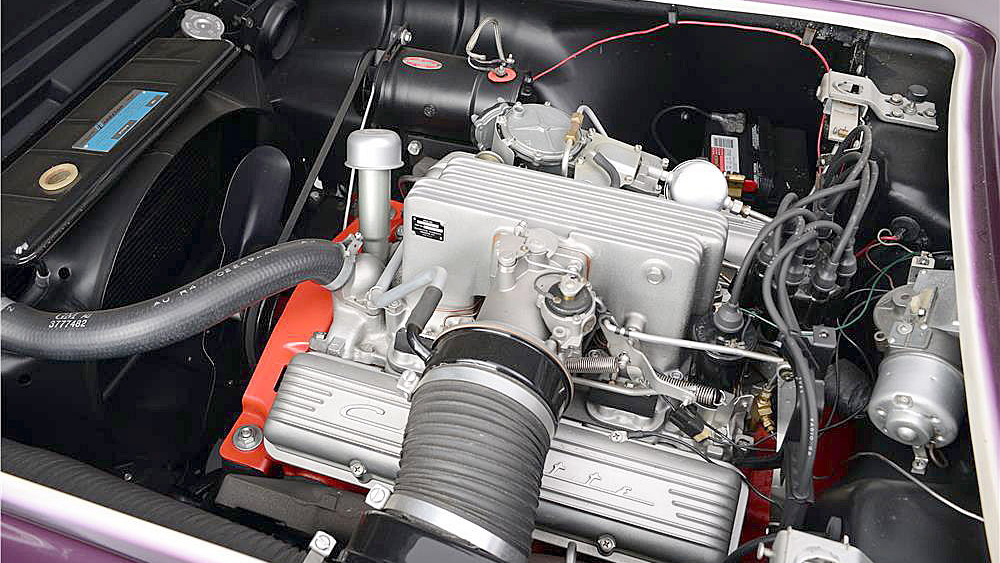 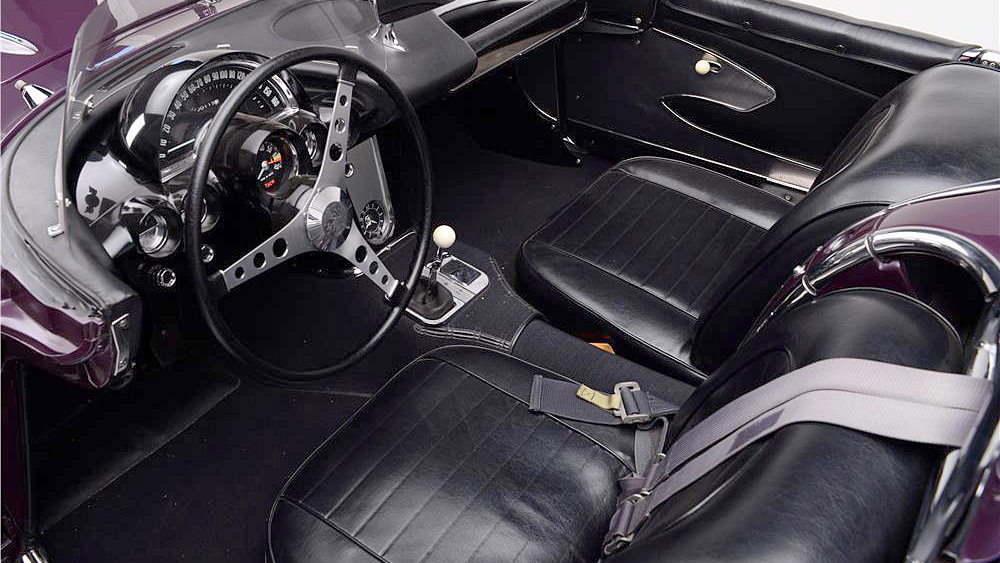 At one point in its life, this 1959 Chevrolet Corvette was sold for $800. Two men each split the cost to acquire this car back in 1974, but now it's destined to cross an auction block in Arizona for a far greater figure. Let's back up a bit, though, as the story of the Purple People Eater runs deeper than this. What we're dealing with here is an iconic American race car that dominated nearly every race it entered.

In 1958, the Chicago-based Nickey Chevrolet ordered up a Corvette to take to the race track. It arrived wearing standard silver paint. While out on the track, its owner felt that it was hard to see among the other race cars all wearing from-the-factory paint. So the car was sent into the dealership's paint booth and it came out on the other side with its unique metallic purple color scheme.

Upon the recommendation of none other than Zora Arkus-Duntov himself, the owners hired Jim Jeffords to helm the machine in the 1959 SCCA-B season. With a fuel-injected 290-horsepower, 283 cubic-inch V-8 under the hood, the car placed first in every race that year, except the last race of the season. It dominated the field and secured the title, and all while flying those stand-out purple colors.

DON'T MISS: Not One, But Two Hemi Cuda Convertibles Head To Auction: Video

In 1961, the car was sold, repainted, and raced a bit but it fell into obscurity quickly. It was at the first Carlisle swap-meet event in 1974 that Chip Miller and Ken Heckert split the $800 asking price for the car. The pair initially had no clue as to the car they'd just acquired, and it even served as an auto shop lunch table for nearly 14 years before someone took notice of what was sitting before them.

The car was restored, and now it's heading to the Barrett-Jackson Auction, which is scheduled for January 23-31, 2016 in Scottsdale, Arizona. We wouldn't be surprised if this 'Vette helps some well-heeled bidder separate seven figures from his or her bank account.