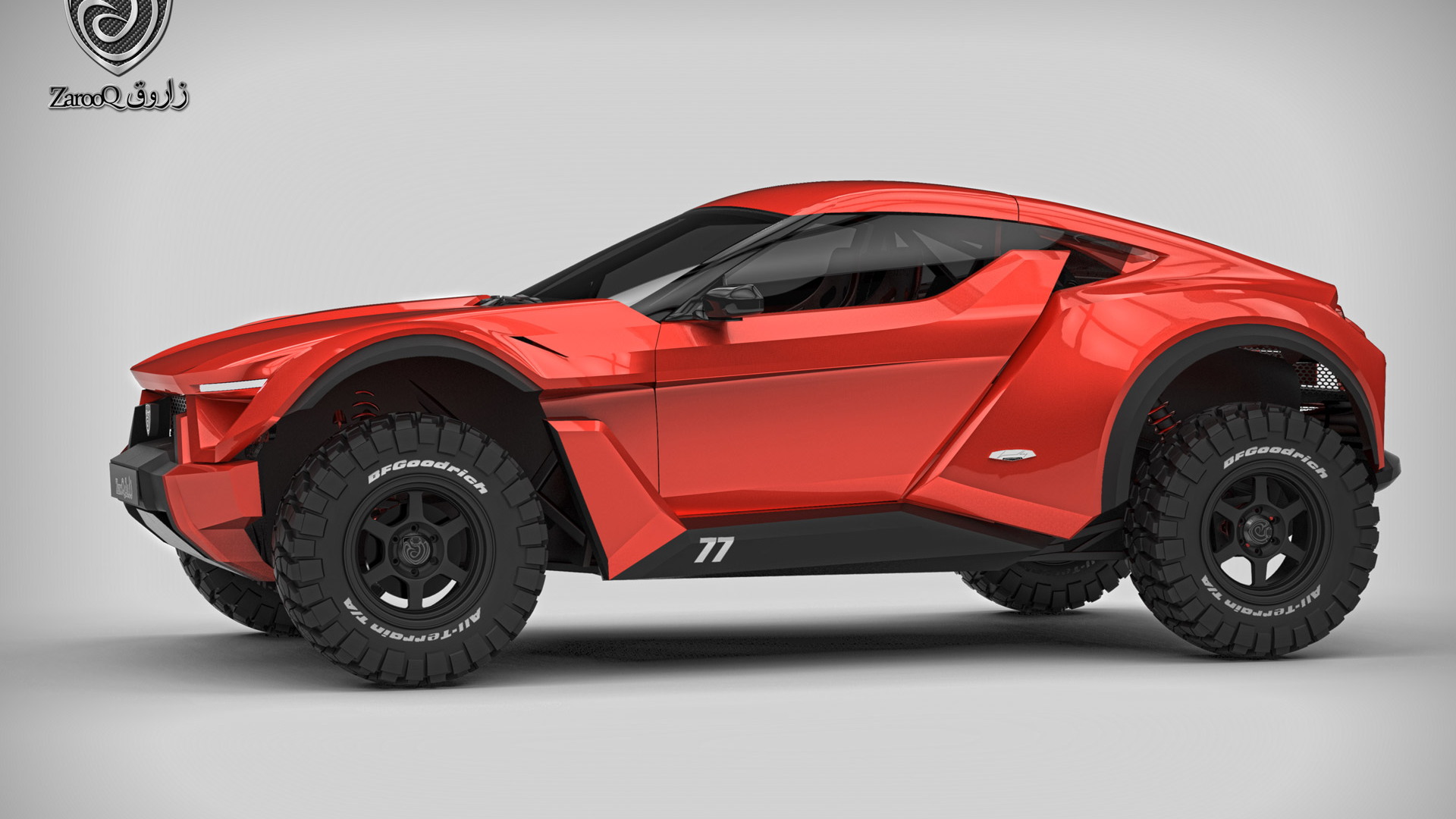 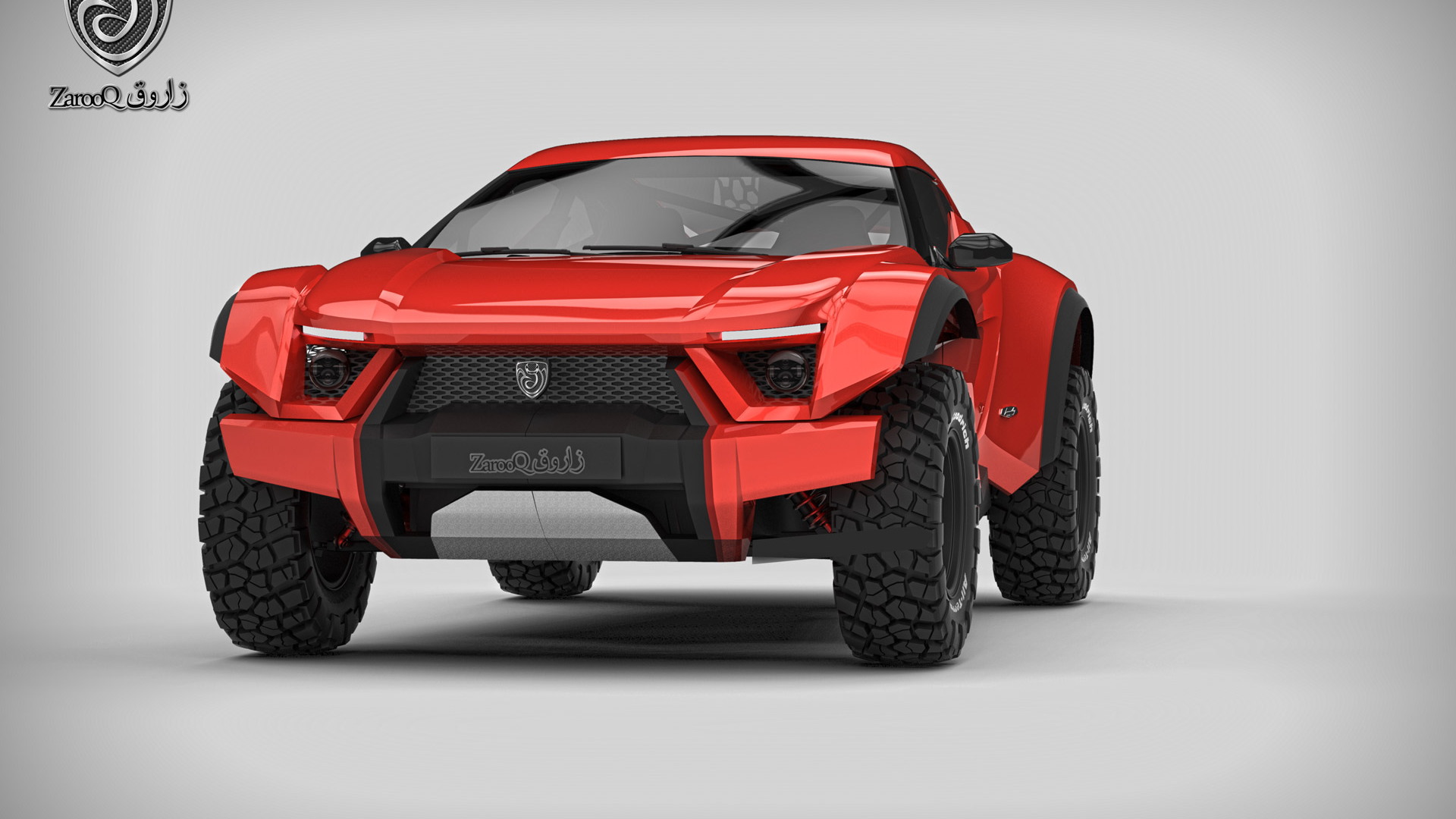 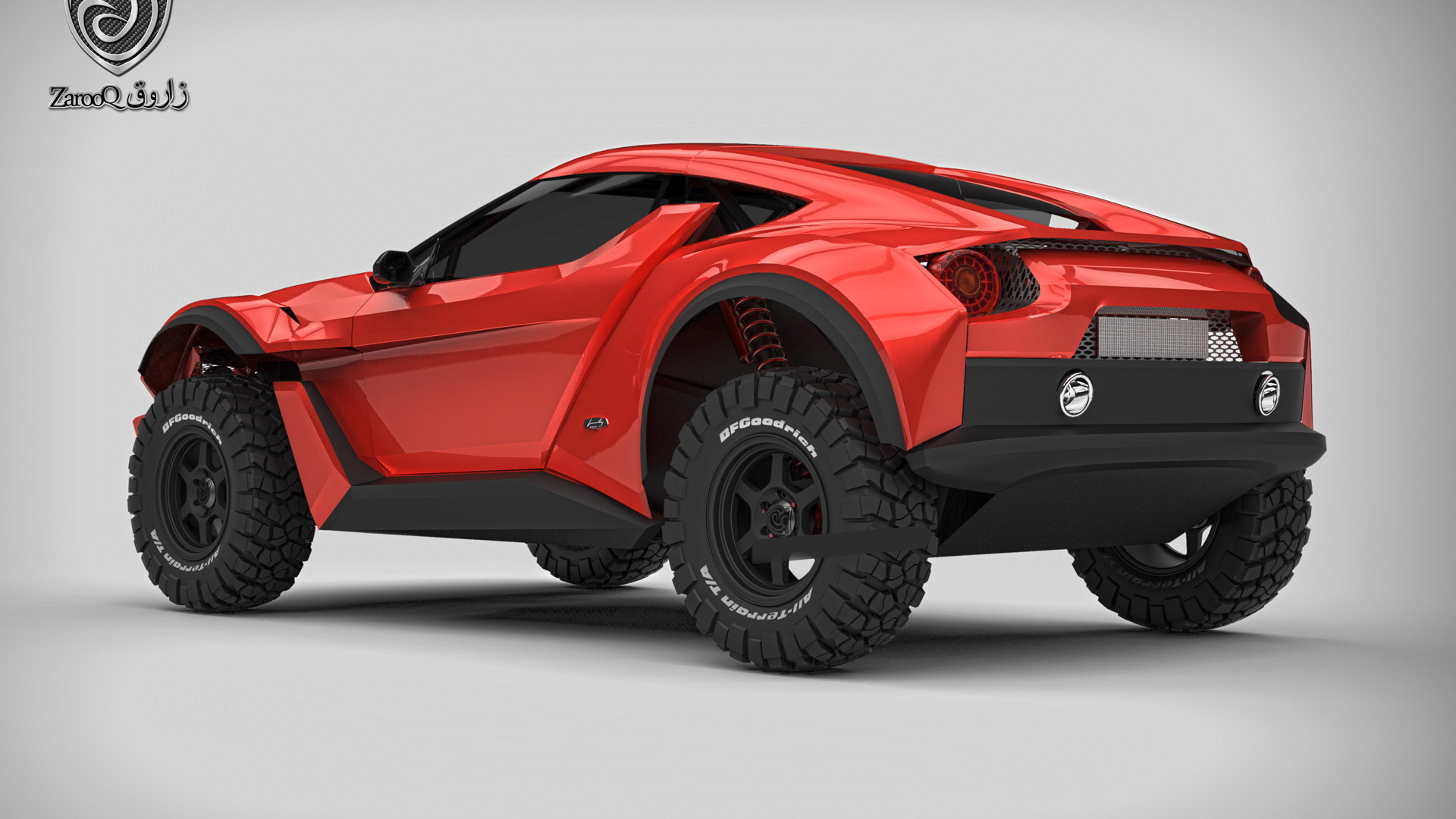 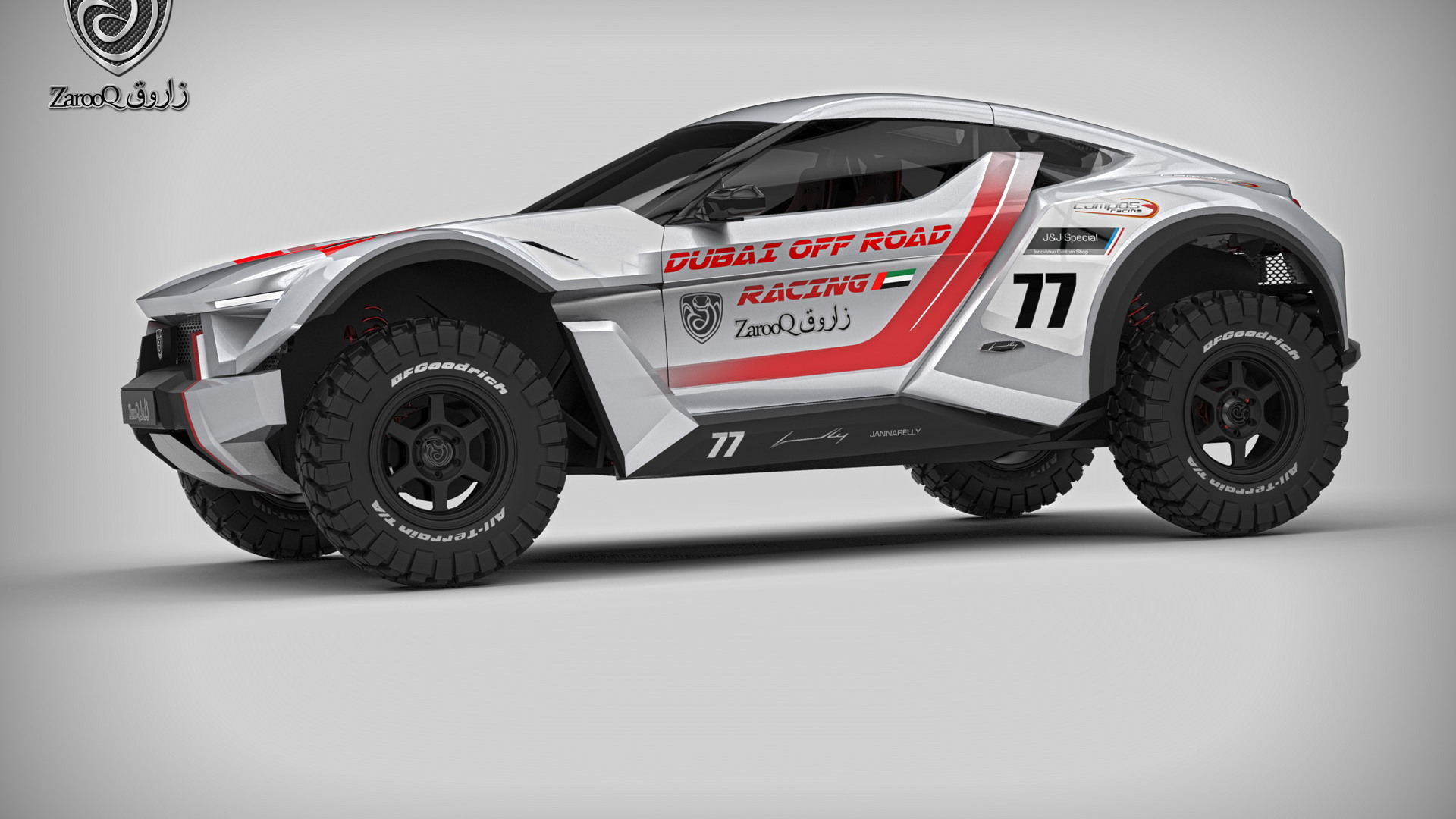 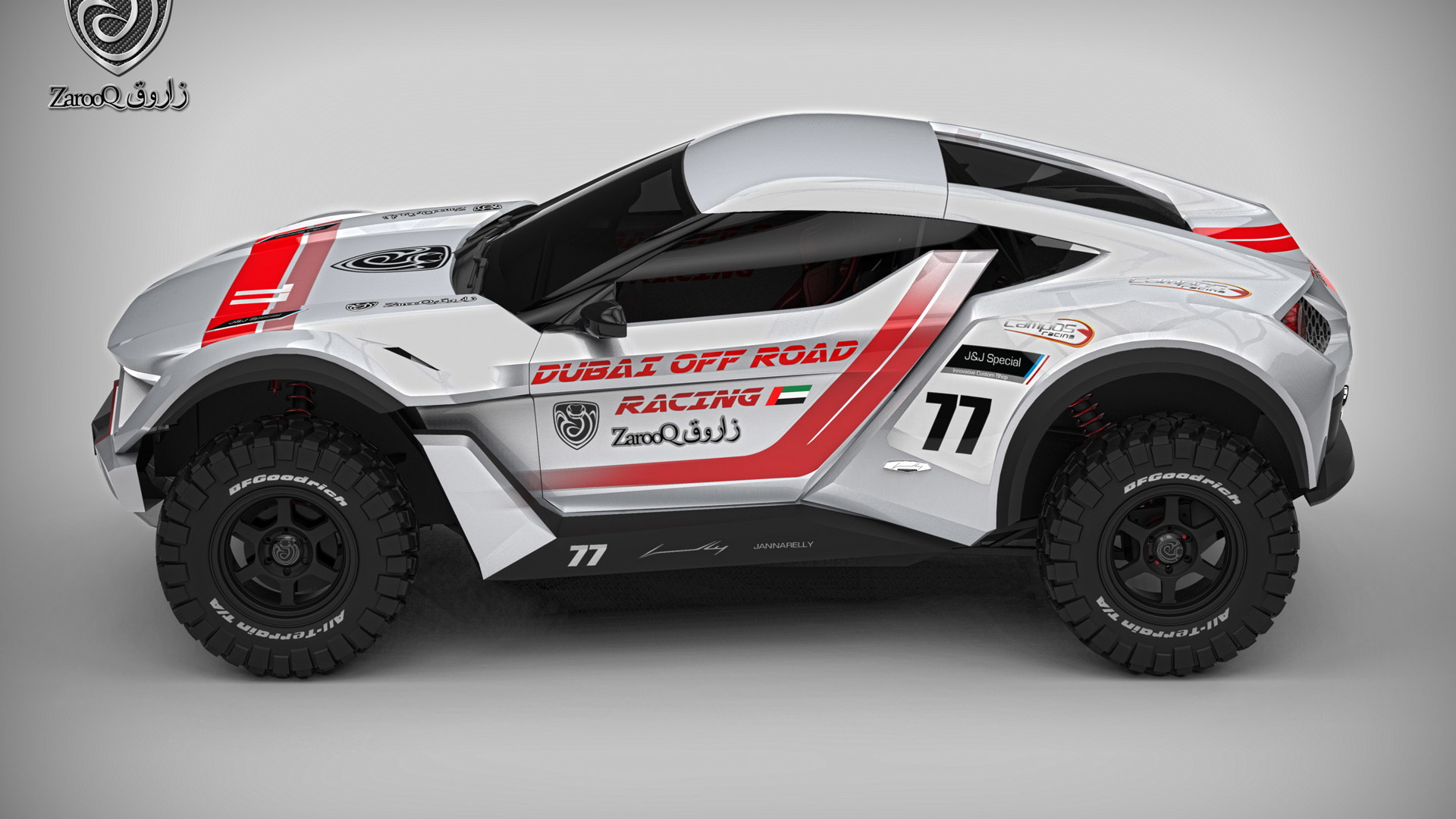 If you’re in the camp that thinks Lamborghini’s Urus concept, which previews the Italian marque’s upcoming SUV, is just a little too road-oriented, then perhaps you’ll be interested in a little company by the name of Zarooq. The company’s first product is the Sand Racer, which was announced over the weekend at a special event in Dubai.

Zarooq is based in the United Arab Emirates and hoping to be the first to actually manufacture cars there. Another UAE-based automaker is W Motors, though its models are built in Turin, Italy. Besides where they are based, there is another link between the two firms. Responsible for the aggressive look of the Zarooq Sand Racer is British designer Anthony Jannarelly, who penned W Motors’ Lykan Hypersport and upcoming Fenyr Supersport.

The Zarooq Sand Racer is priced from $100,000, and as its name suggests the car has been developed for off-road racing. Zarooq plans to establish a one-make racing series and will also build a dedicated sand racing track in Dubai. The track, which will also be used for corporate events and serve as a tourist attraction, will feature a layout that spells “Dubai” in Arabic when viewed from the sky.

Zarooq's sand racing track to be built in Dubai

The Sand Racer has been designed so that it can still be driven on the road—at least in the UAE—and it even comes with air conditioning. It rides on a bespoke chassis and has a curb weight of just over 2,300 pounds. An even lighter version is possible thanks to the option of carbon fiber for the body and interior (fiberglass is standard).

Peak output of 300 horsepower (400- and 500-hp versions are also planned) comes from a 3.5-liter V-6 that’s mounted behind the cabin and sends drive to the rear wheels via a six-speed, paddle-shifted automatic transmission. The top speed is said to be 124 mph, which isn’t bad for a vehicle that also offers suspension capable of 13-18 inches of travel. The tires are 33-inch off-roaders from BFGoodrich wrapped around a 15-inch wheel.

Zarooq claims the first Sand Racers will be completed in December. A debut should follow shortly after.