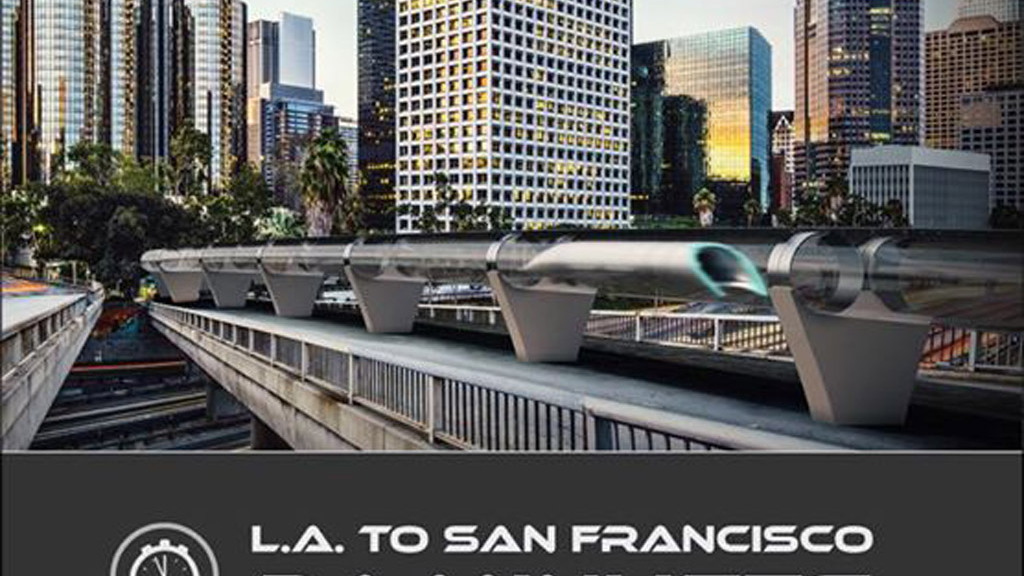 In 2013, Elon Musk—not content to simply impact the world via his disruptive companies Tesla Motors [NSDQ:TSLA] and SpaceX—made headlines when he released the idea for mass transit system called the Hyperloop.

Simply put, the concept reads like a combination of train and pneumatic tubes, and works using a combination of magnetic force and air pressure. In theory, it would allow passengers to travel at 800 mph, making the 400 miles between San Francisco and Los Angeles a scant 34-minute sprint. Of course, the idea is unproven, and there have been no large-scale Hyperloop tests.

But that's about to change.

As Green Car Reports writes, a new company called Hyperloop Transportation Technologies is aiming to build a five-mile version of the system to vet the idea, and has already secured a site off Interstate 5 on the West Coast. The test track—which is expected to break ground in 2016—will cost about $100 million. Most of that funding is expected to come from an initial public offering by Hyperloop Transportation Technologies later this year.

While Musk is not involved with the project, his original hope was that an outside firm would embrace the technology, so it's reasonable to expect he's happy with the plan. Given the infancy of the project, it's virtually impossible to estimate the timing and total development costs—but it won't be cheap.

That said, we'll be watching closely for progress. Stay tuned.