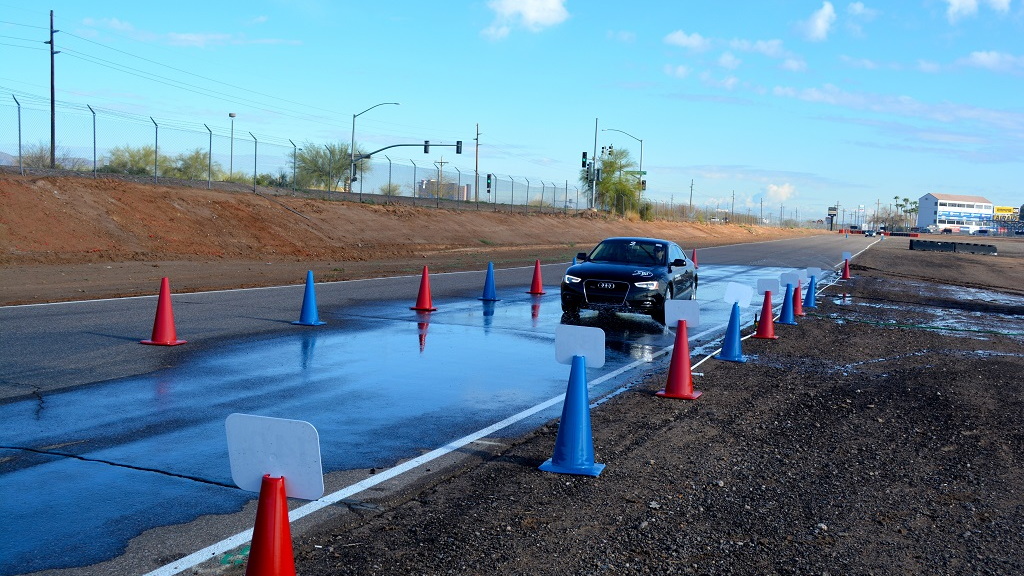 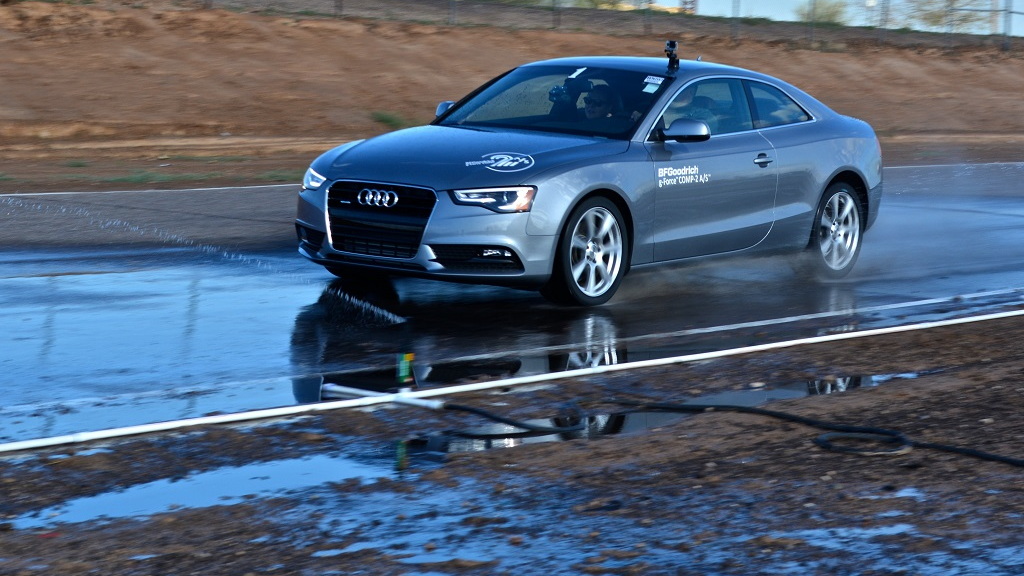 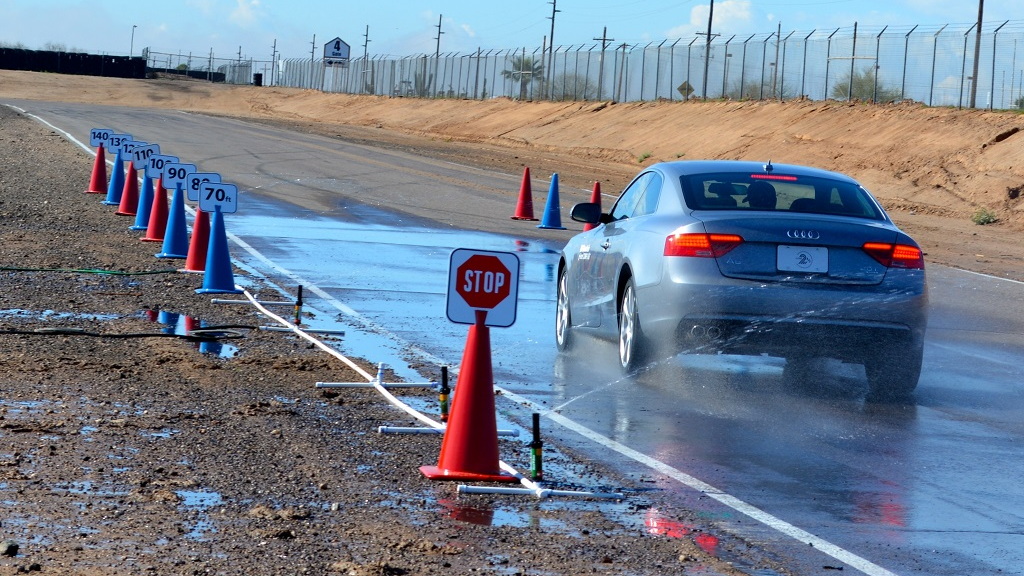 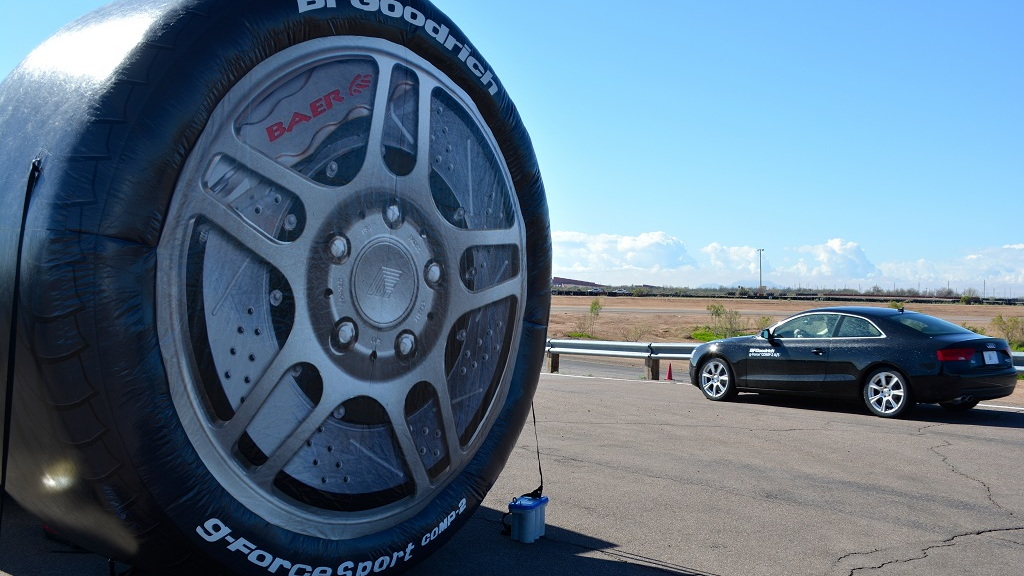 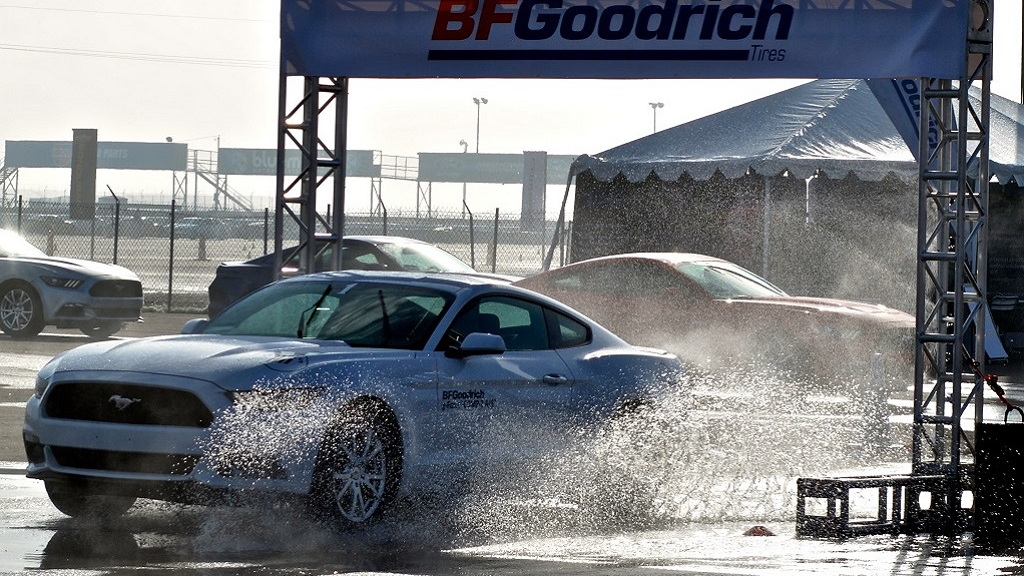 Among enthusiasts, all-season tires have long been seen as products akin to Ryan Seacrest, in that they try to do everything, but only truly succeed at being irritating. All-seasons are the round, black options for folks who wouldn't know a chicane from a chandelier, and whose vehicular curiosity evaporates after learning which side their car's fuel filler is on.

That said, as fantastic as they might feel on a sun-baked Malibu canyon road, six months out of the year, most of America isn't going to have a lot of use for a super-sticky rubber with a single-digit treadwear rating.

So to demonstrate that its new all-season g-Force COMP-2 is more than a collusion of compromises, BFGoodrich recently brought a group of journalists out to Phoenix International Raceway to see how the new rubber performed on the track—and against the competition. Now, given the last time I evaluated a BFG tire—the off-road KO2—it was on a protracted torture test down in Baja California, I figured we'd all get plenty of wheel time. And I was right.

BFG wanted us to experience the COMP-2 during wet and dry braking, and also attack the autocross course in similar conditions. Fortunately, while the Arizona skies were uncharacteristically cloudy, there wasn't any rainfall, so our group actually got to experience both environments.

Water trucks, after all, are easier to bring in than NASCAR-grade jet dryers.

My first stop was the braking segment, where we compared the COMP-2 with the Hankook Ventus S1 Noble 2. The test car was an Audi A5, and the exercise involved getting to the straights, accelerating to at least 50 mph, steering into a corridor of cones, and pushing the brake pedal through the floor.

The differences between the tires were easy to feel. Under hard deceleration, the Hankooks triggered the ABS significantly earlier than the cars sporting the BFGs—a clear indication they'd lost traction first. And while I didn't achieve the 15-foot wet and five-foot dry difference listed in the press kit—mine were closer to nine and three—I don't think that was due to the rubber. Because honestly? The performance driving I've done has reinforced that straight standing on a brake pedal is not a natural act.

In the presentation we'd received upon our arrival at PRI, pro driver Paul Gerrard—who, among other things, runs Aston Martin's "On Ice" driving program—pointed out that the distinction between race and test drivers is important. Racers constantly try to make the best of a given setup, because their objective is to come in first, not apologize for their kit. Testers, on the other hand, are about data acquisition, so every movement is about consistency, then reconciling the differences.

And from looking at the various comparisons—which varied by as much as 30 feet—it was obvious there was a lack of consistency in some of the stops. The BFGs came out on top, but the portion of the day where performance should have been easiest to quantify didn't feel as clear cut as you might imagine.

The night and day differences would make themselves apparent on the autocross sections.

I began on the wet track in a 2015 V-6 Mustang, and cycled between cars shod with the COMP-2s, Yokohama's AVID ENVigor and General's G-Max. Hurling a pony car through tight turns is always a hoot, and this time was no exception. While all of the tires exhibited some slippage, the BFGs—with their squared off shoulders and water-clearing V-treads—were hands down best at delivering the combination of grip and predictability which provides the kind feedback you need to corner effectively. Being able to feather the Mustang around the bends with my right foot—without worrying about taking out a row of cones in front of my colleagues—was a total blast, and I built more confidence with each run.

The other rubber? Not so much.

I'm not going to say that sliding around sideways in a parking lot isn't a kick in the pants. Obviously, it is. But putting some of the handling differences in the context of real world situations—wet entrance ramps, say—made for some scary scenarios. In my experience, while the Generals weren't good, the Yokohamas felt particularly ham-fisted in the wet, and I found myself having to significantly adjust my attacks to avoid massacring a grip of cones.

On the street, it's not unreasonable to think the handling differential could have amounted to the difference between an uneventful commute and a ride home in a tow truck.

Personally, I'm a big fan of the FR-S, and the ones we used on the dry course only confirmed what I found in the wet. Anyone who has driven the Scion on its stock rubber—plastic fantastic shoes more suited for a Prius than a sports coupe—knows a dozen or so rubber bands wrapped around the rim would be an improvement, but the Yokohamas and Generals still left a lot to be desired in comparison to the BFGs. My favorite section was the sweeping right-hander at the end of the circuit, where it was easy to gauge each of the tires' adhesion, both via line-holding and from the audible feedback. If you're looking to play slip and slide, either of the competitors would be right up your alley, but from a control standpoint, the COMP-2s were the clear victor.

All said and done, after spending an afternoon flogging BFG's latest offering, I came away impressed. While all-seasons probably aren't ever going to be anyone's first choice for a track-day tire, BFG has considerably narrowed the performance gap between summer performance and everyday readiness.