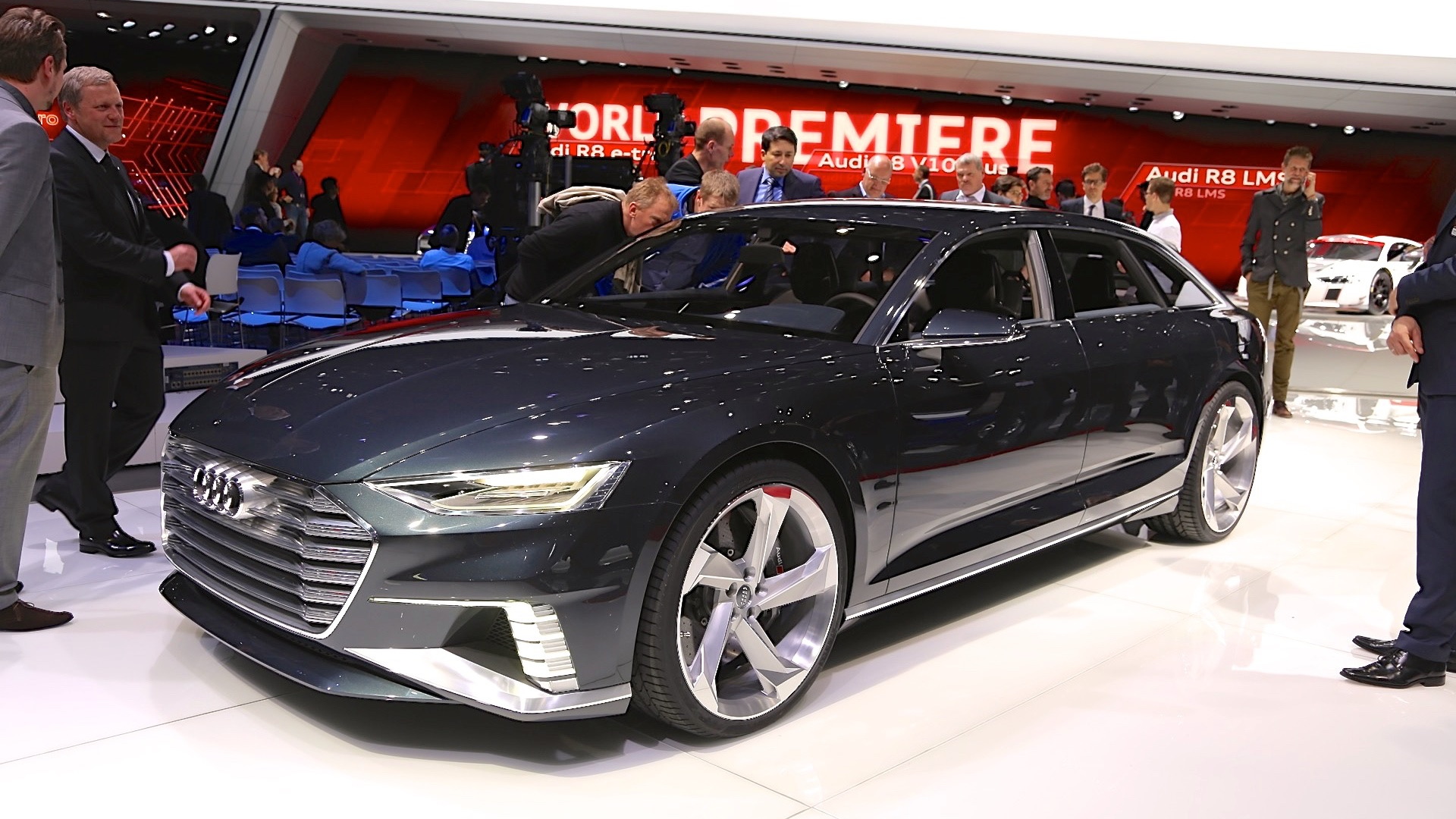 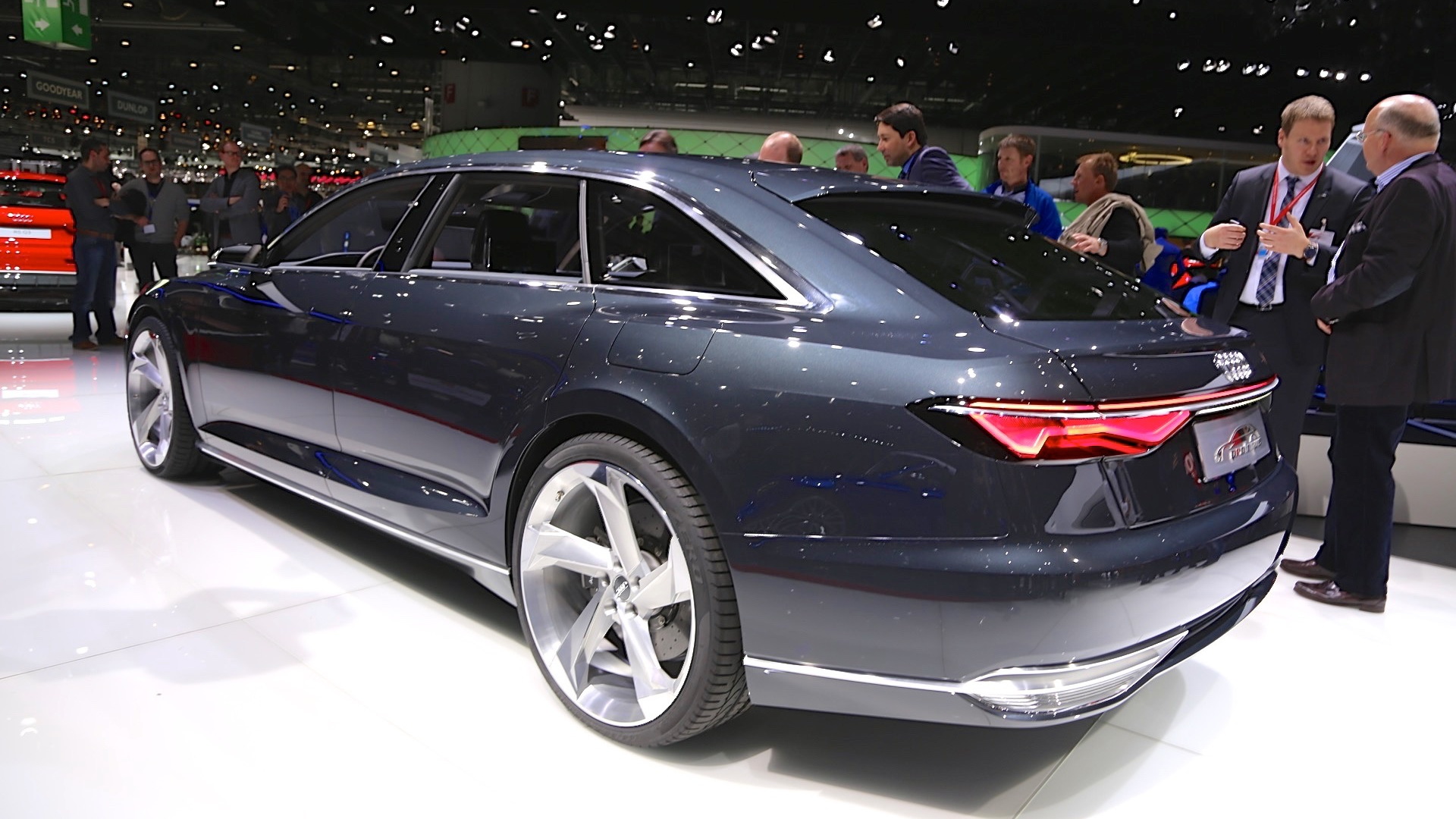 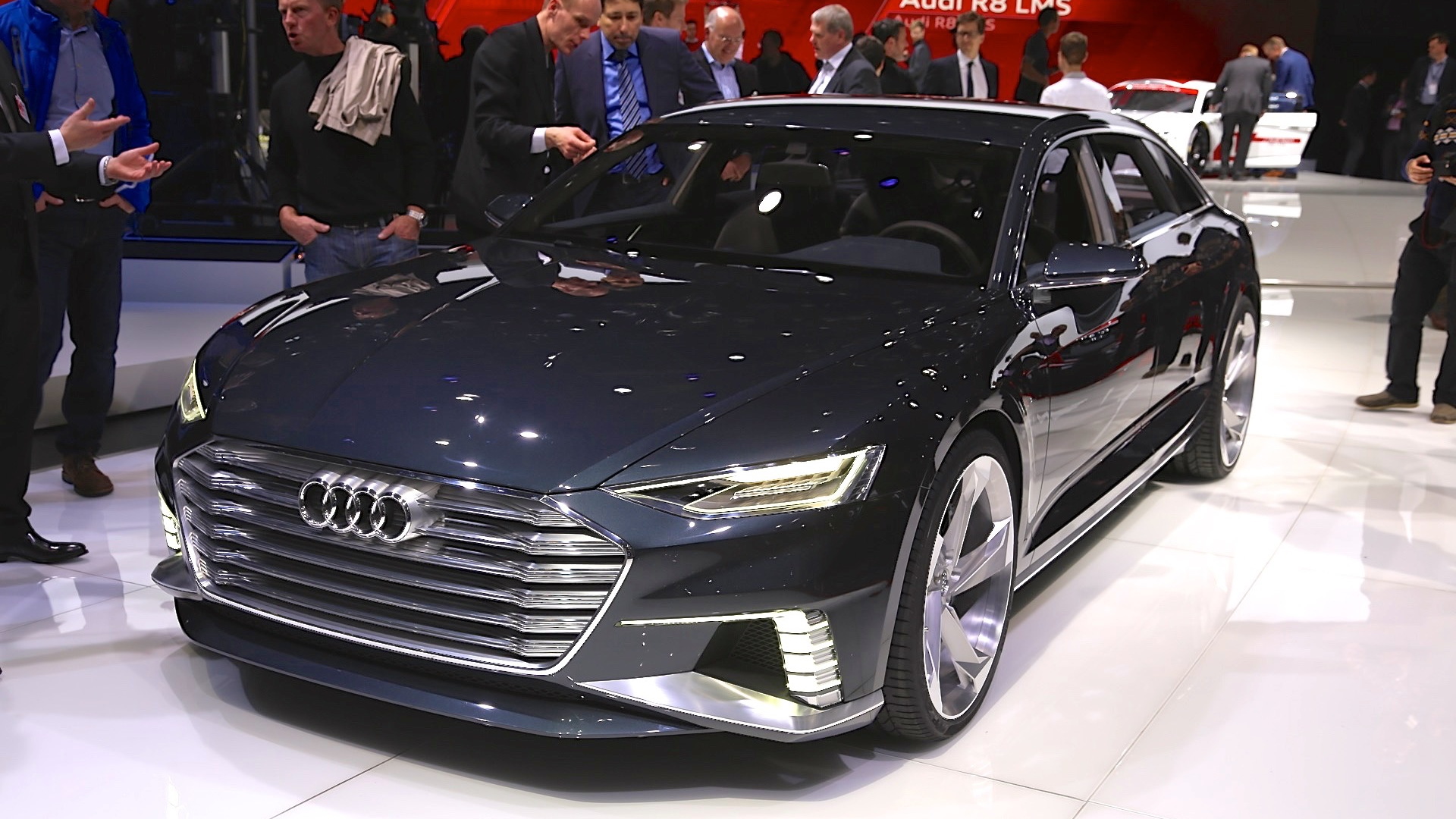 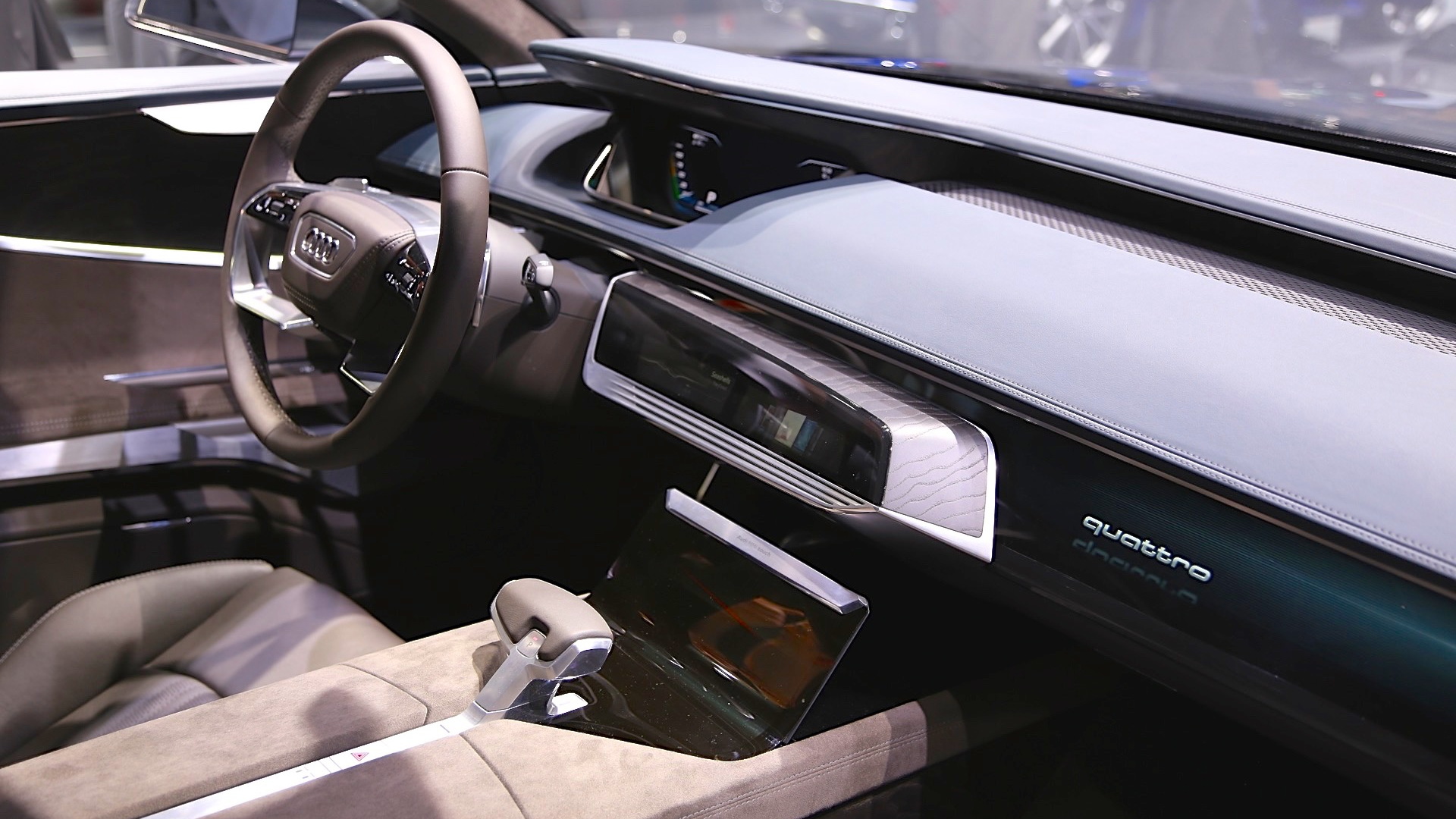 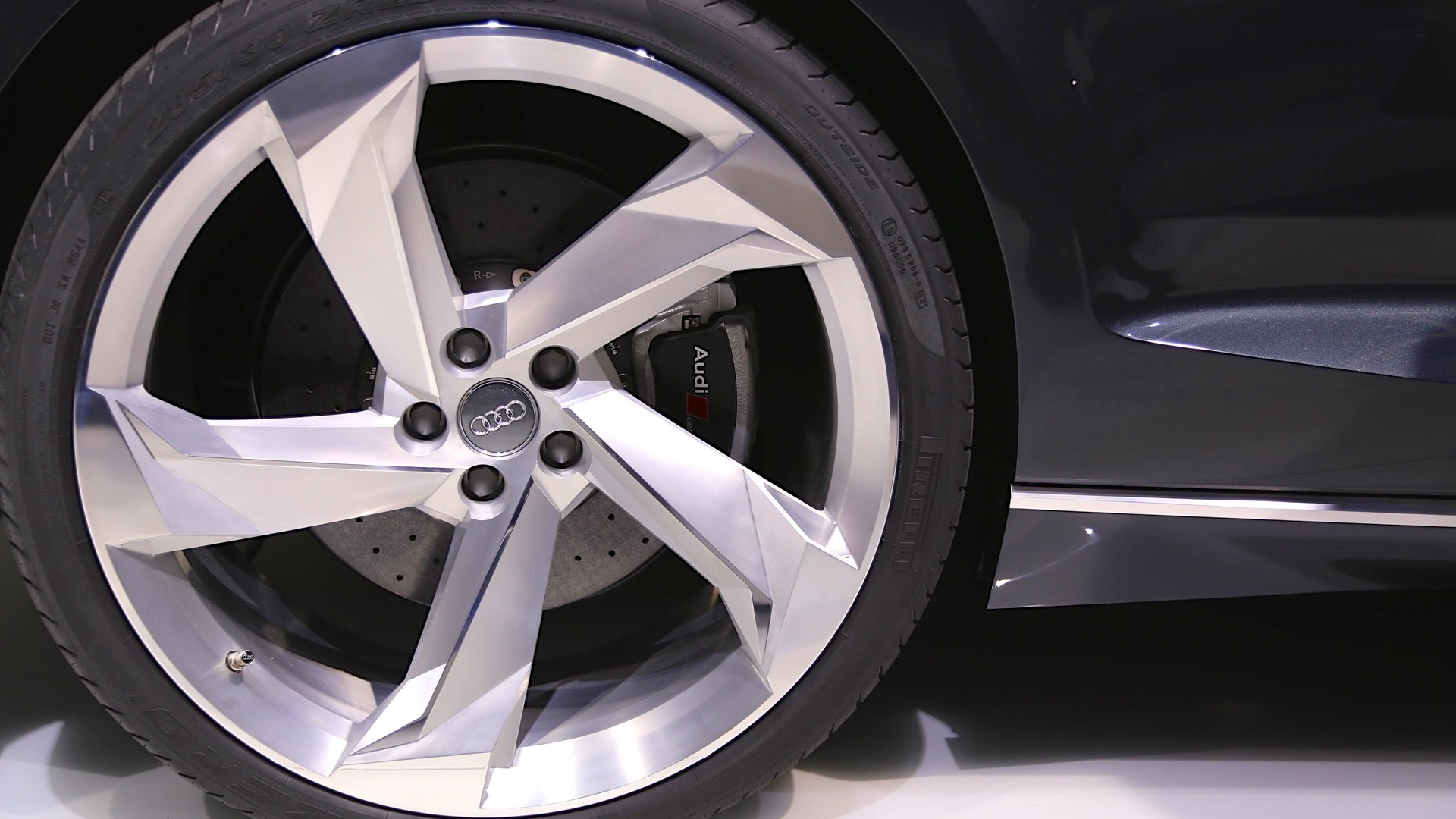 23
photos
Audi’s imposing Prologue coupe concept (shown below) unveiled at the 2014 Los Angeles Auto Show was a preview of new styling themes devised under the guidance of recently appointed design chief Marc Lichte for the automaker’s future product, starting with the next-generation A8 flagship sedan due on the market in 2017. The concept was in the shape of a coupe but Audi isn’t planning a large, luxurious two-door just yet. Instead, the Prologue previewed the look of Audi’s future notchback models like its sedans and coupes.

Now we have a new Prologue concept, and this one previews the look of Audi’s future Sportbacks (hatches) and Avants (wagons). It’s called the "Prologue Avant" and it features four traditional doors plus a fifth door at the rear. We can also see that the tail-light treatment is similar to the design used on the original Prologue concept, albeit with new graphics, and these are joined by a roof-mounted spoiler also at the rear.

Another important change made to the Prologue Avant is the powertrain. The original Prologue coupe had a 4.0-liter TFSI V-8 tuned to deliver a massive 605 horsepower and 553 pound-feet of torque. A second Prologue coupe, this one with autonomous capability, added hybrid tech to the same V-8 to boost output to 667 hp and 701 lb-ft of torque. This third one features a diesel-based plug-in hybrid setup that Audi says is similar to the one set to debut in the new Q7 e-tron quattro.

A 3.0-liter TDI engine is paired with an electric motor integrated with the vehicle’s eight-speed Tiptronic automatic transmission, and in the Prologue Avant the combined output has been dialed up to 455 horsepower and 553 pound-feet of torque. In the upcoming Q7 e-tron quattro, the setup will be rated at 373 hp and 516 lb-ft. Audi says the Prologue Avant will sprint to 62 mph from rest in just 5.1 seconds and with a full charge of its battery (a 14.1-kWh lithium-ion unit) should be able to cover about 33 miles on electric power alone.

Other elements of the Prologue Avant that we should be seeing in the production world include its adaptive air suspension and all-wheel-steering system. The letter combines a dynamic transmission steering system on the front axle with an additional steering system for the rear wheels where an electric motor actuates two tie rods. When the driver steers speeds, the rear wheels turn up to five degrees in the opposite direction of the front wheels. This gives the responsiveness of the car a further boost and reduces its turning circle. At higher speeds, the rear wheels turn in the same direction as the front wheels, helping to improve stability.

At 16.7 feet in length, 6.5 ft in width and 4.6 ft in height, the Prologue Avant is marginally longer, wider and higher than the Prologue coupe. The wheelbase is unchanged at 10 feet and all three Prologues ride on 22-inch wheels. The brakes are massive 20-inch carbon ceramic discs and drive is to all four wheels via a quattro permanent all-wheel-drive system.

Inside, the designers have gone with some dark shades. The dashboard consists of three touch displays (one to the left of the steering wheel, one to the right of the wheel and one in the center console). These control various functions such as the driver aids and multimedia. On top of this is the Audi virtual cockpit behind the steering wheel.

See what else is at the Swiss show by visiting our dedicated hub.