With its second-generation R8, Audi has launched the car with a V-10 engine as the standard option and is offering a battery-powered electric e-tron model as an alternative. This is in contrast to the original R8, which launched with a V-8 that was later augmented by a V-10.

Audi R&D boss Ulrich Hackenberg has previously hinted that a downsized engine with turbocharging may be offered in the new R8, to help circumvent harsh tax penalties imposed on high-displacement engines in certain markets, namely China. And it’s possible that Audi will forgo the V-8 option altogether in the R8 in favor of this downsized engine.

According to Car and Driver, the engine Hackenberg was hinting at may be a new 2.5-liter five-cylinder, the same engine previewed in the TT Clubsport Turbo concept unveiled at last month’s Wörthersee Tour tuning fest. There’s even talk that the engine may end up in the Lamborghini Huracán as well. 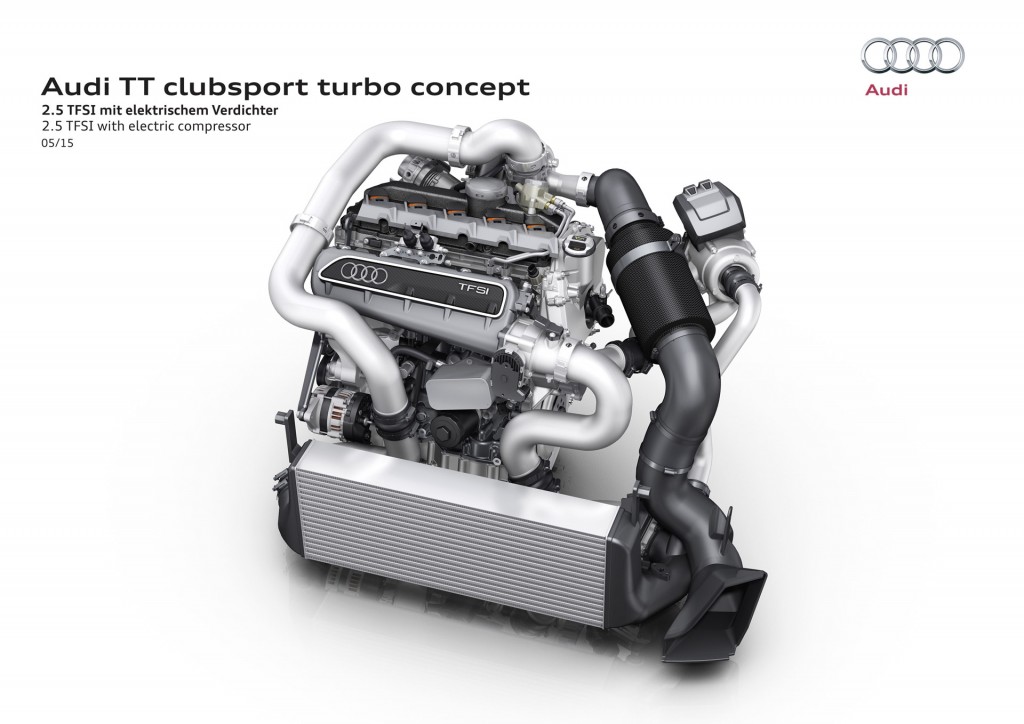 The engine shown in the TT Clubsport Turbo concept featured an electrically-aided turbocharging system called E-Boost (the technology debuts in an SQ7 later this year) and produced upwards of 600 horsepower. E-Boost allows for engines with high-boost turbochargers without the associated lag that normally plague such engines.

Unfortunately, Stephan Reil, the boss of Audi’s Quattro division which is responsible for high-performance models including the R8 line, said there wasn’t any plan to add a smaller engine to the R8 just yet. Although it’s been discussed, he said there are still a number of factors to be determined such as the stability of the aforementioned tax penalties as well as potential demand for such an option.