This past weekend’s 6 Hours of Sao Paulo in Brazil marked the end of the 2014 World Endurance Championship, with Toyota and its TS040 LMP1 Hybrid declared the victor in the Manufacturers’ Championship thanks to its 289 points. Second in the standings was Audi with 244 points, followed by Porsche in third with 193 points.

The title win for Toyota is the first for the Japanese automaker since returning to top-level endurance racing back in 2012. The team picked up five wins this season, though sadly it missed out on the overall victory at Le Mans. The win also means that Toyota has managed to knock off Audi from the top spot, a position the German team has held since 2012’s WEC formation.

The most recent race in Sao Paulo, meanwhile, also saw Porsche win its first race since its return to top-level endurance racing this year, thanks to the efforts of Romain Dumas, Neel Jani and Marc Lieb in the number 14 919 Hybrid LMP1. Porsche’s other 919 Hybrid, car number 20, was involved in a serious accident with the number 90 8Star Motorsports Ferrari 458 Italia GT. Mark Webber was behind the wheel of the Porsche, while Matteo Cressoni was in the Ferrari.

Despite eventually crashing into a barrier at high speed and his car disintegrating, Webber was able to wave to the crowd as he was carried away on a stretcher. Webber and Cressoni are believed to be uninjured, with officials only stating that both remain in hospital in a “satisfactory” condition.

As for the Drivers’ Championship, Toyota drivers Anthony Davidson and Sébastien Buemi already won the title at the previous 6 Hours of Bahrain in mid-November. They both have 166 points. Rounding out the top three is Audi driver André Lotterer on 127 points.

In the LMP2 category, the top team was Russia’s SMP Racing, followed by fellow Russian team G-Drive Racing in second and Hong Kong’s KCMG in third. The top driver was SMP’s Serguey Zlobin, while tied for second place was G-Drive’s Julien Canal and Olivier Pla.

Moving down the line, Ferrari and its partner AF Corse was the top team in the 2014 World Endurance Cup (includes both GTE Pro and GTE Am categories), followed by Porsche in second and Aston Martin in third. The top drivers were Ferrari’s Gimmi Bruni and Toni Vilander who were tied for first place, followed by Porsche driver Frederic Makowiecki rounding out the top three. 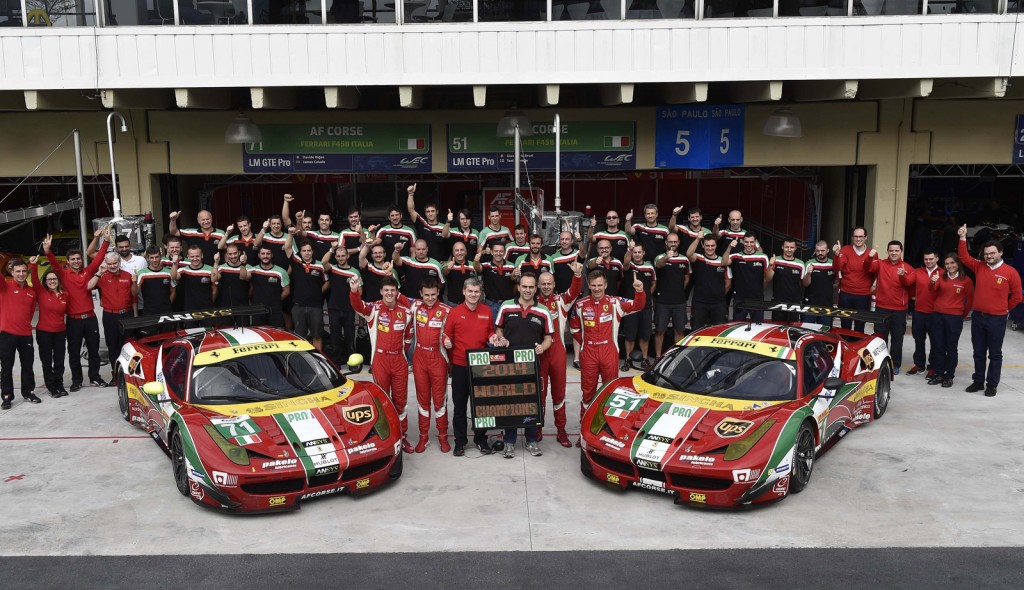