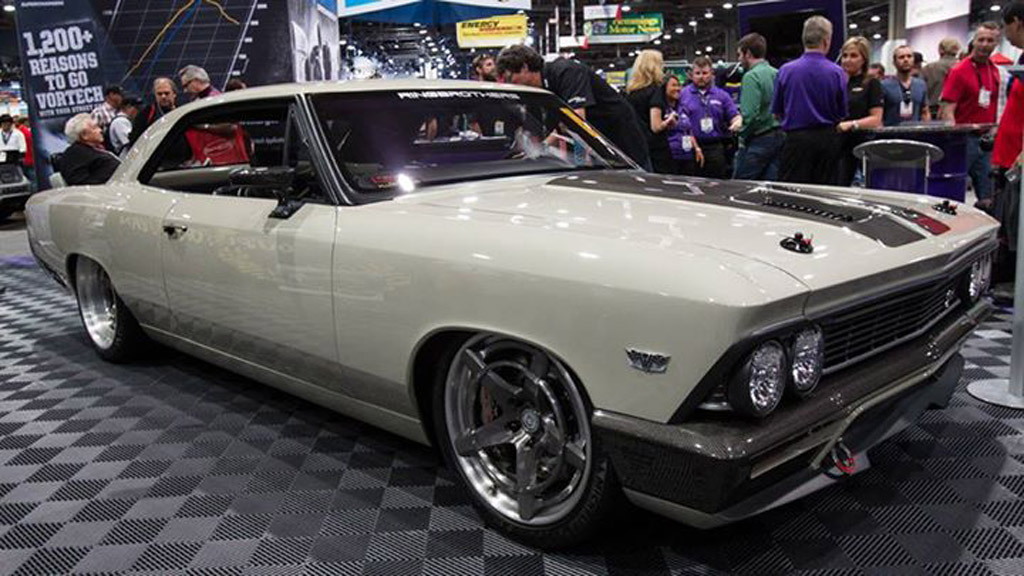 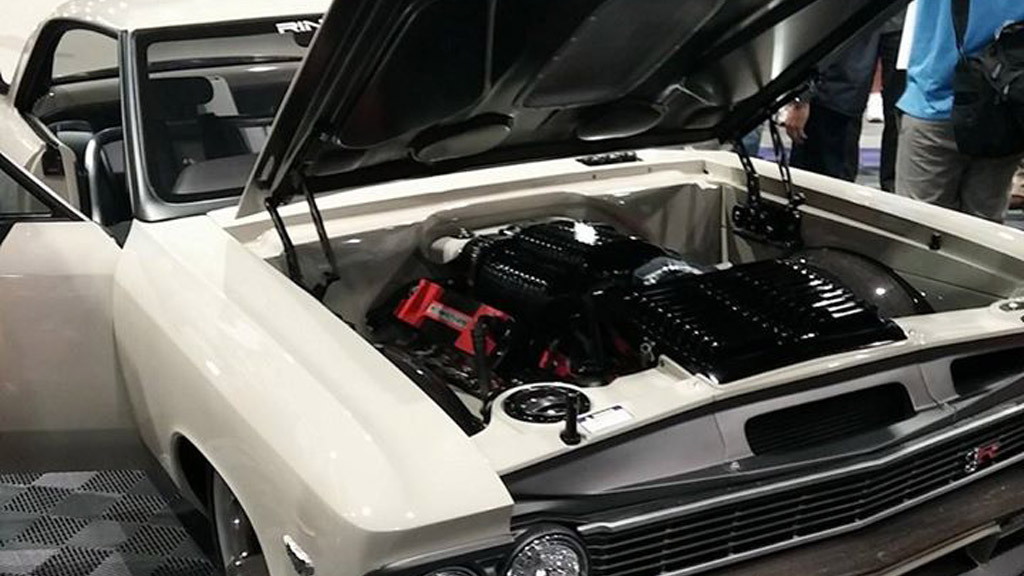 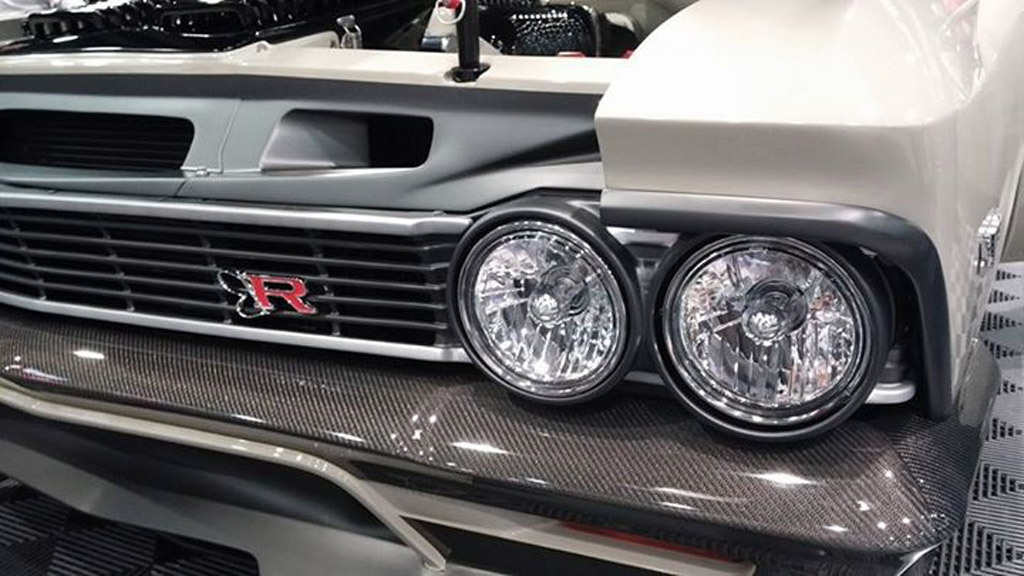 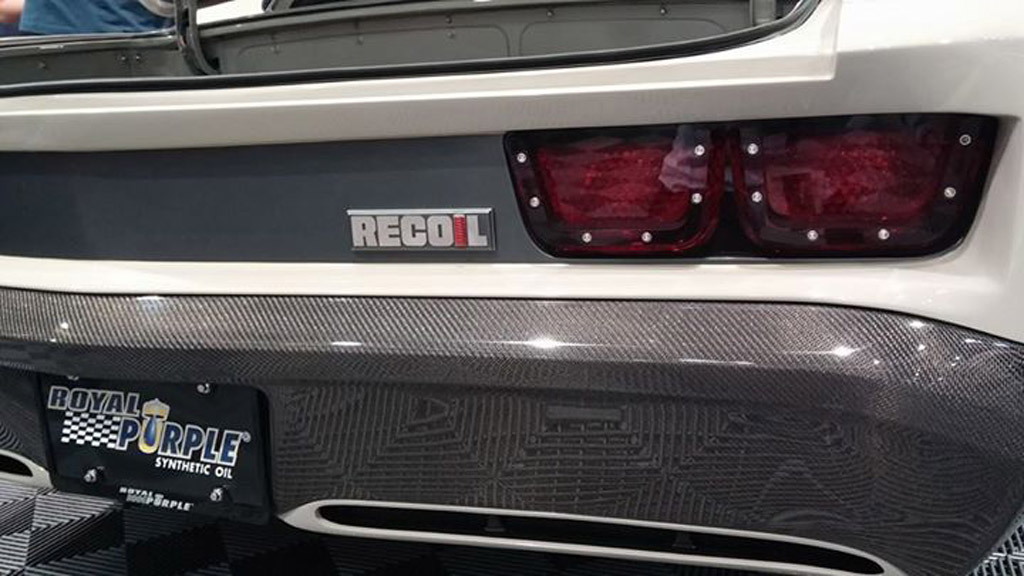 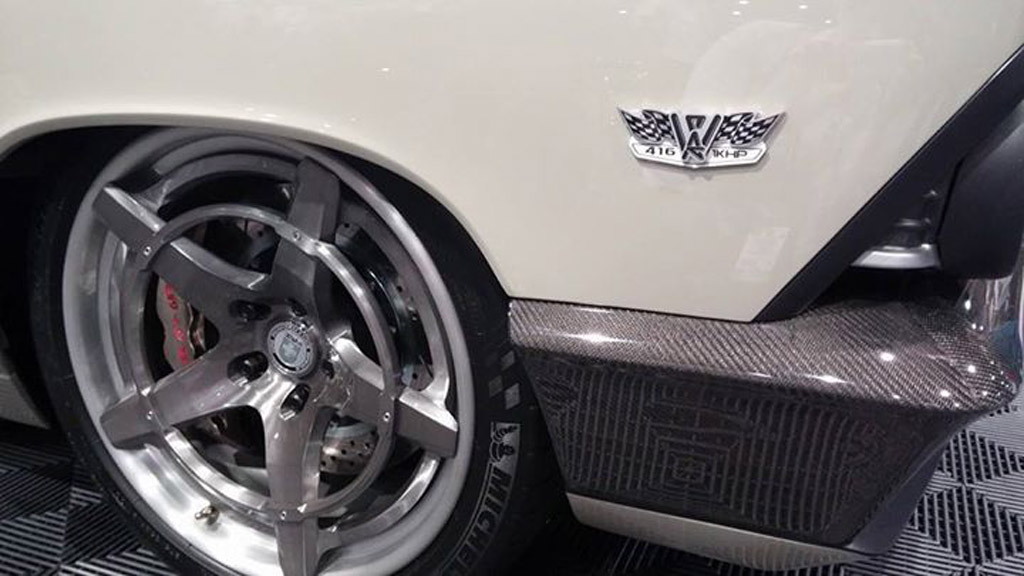 The Ring Brothers 1966 Chevrolet Chevelle looked pretty good in the renderings previously released by the Wisconsin muscle car builder, but it looked even better on the 2014 SEMA show floor last week.

Ring Brothers added some modern touches to the nearly 50-year-old design, and some serious horsepower under the hood. A 7.0-liter LS7 V-8 from the previous-generation Corvette Z06 breathes easy with a Whipple supercharger, pumping out a massive 980 horsepower. A Tremec T-56 six-speed manual transmission controls the madness.

It's more than just a motor, though. The car has carbon fiber in its hood, trunklid, headliner, dashboard, and bumpers. The interior is trimmed in aluminum that's been hydro-dipped with a tweed-like pattern. The same process used to apply camouflage graphics to guns, it involves floating an ink pattern on top of water, then dipping a part into the water to transfer the pattern.

Subtle exterior styling changes were also made. In its two-tone gray paint, the Ring Brothers Chevelle was likely one of the most subdued cars on the SEMA floor, but not everything has to be visually loud.

All told, the build took 5,000 hours at a cost of $70 per hour plus parts. The Chevelle is the latest of many amazing muscle cars to come out of Wisconsin-based Ring Brothers; others have included a resto-modded 1971 De Tomaso Pantera and a 1965 Ford Mustang with NASCAR V-8 power.

For more from the 2014 SEMA show, check out our dedicated hub.