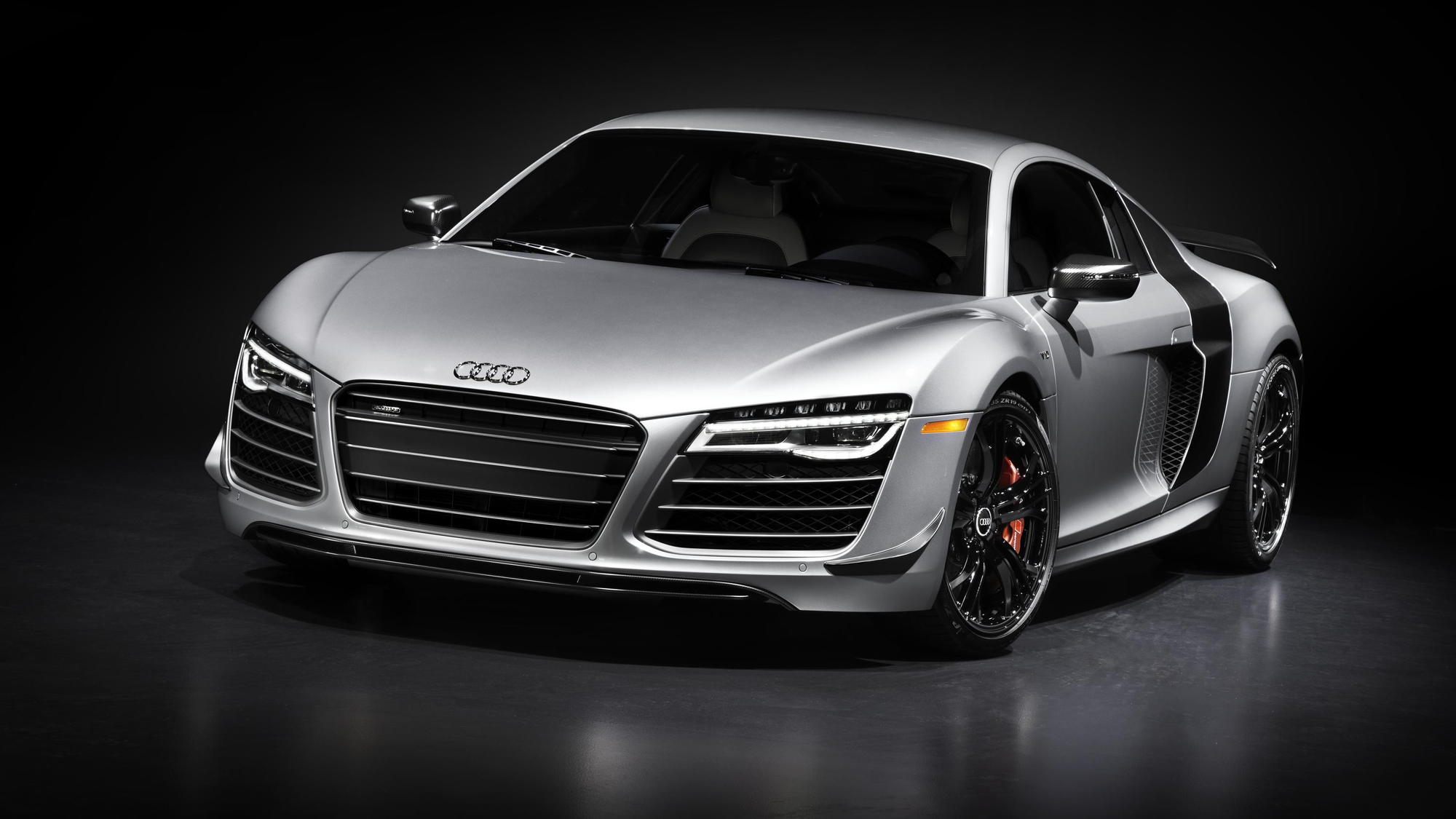 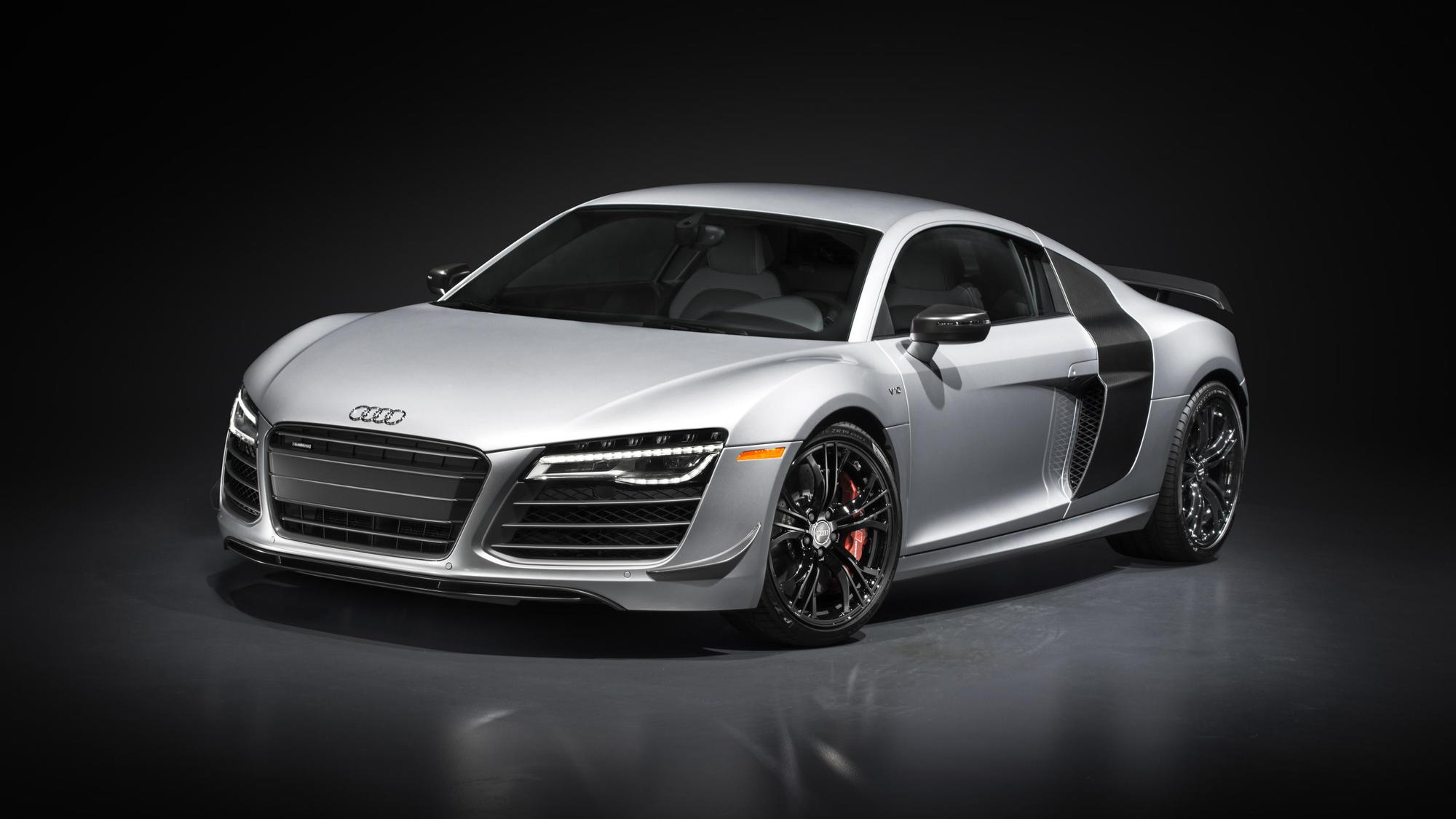 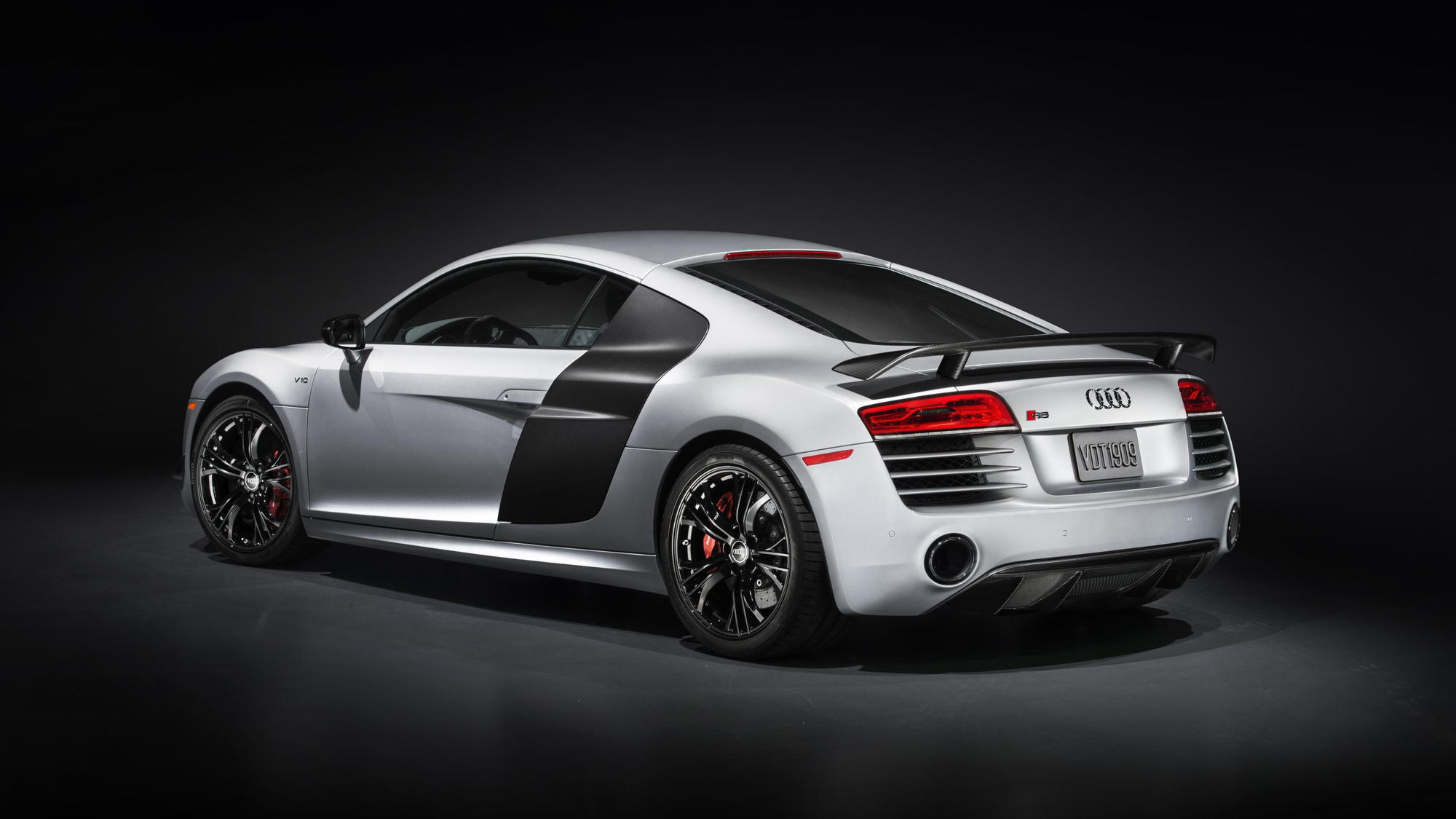 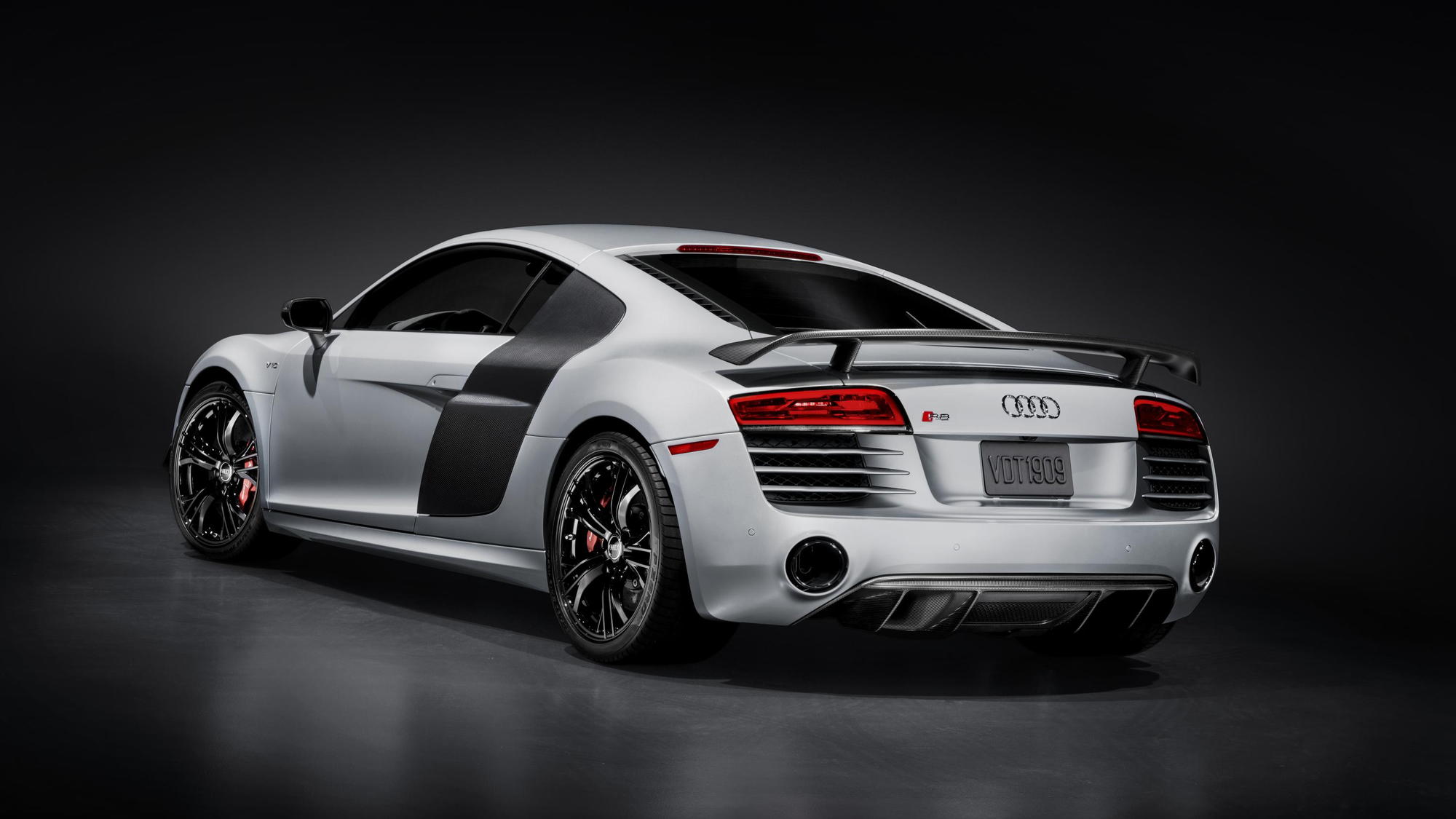 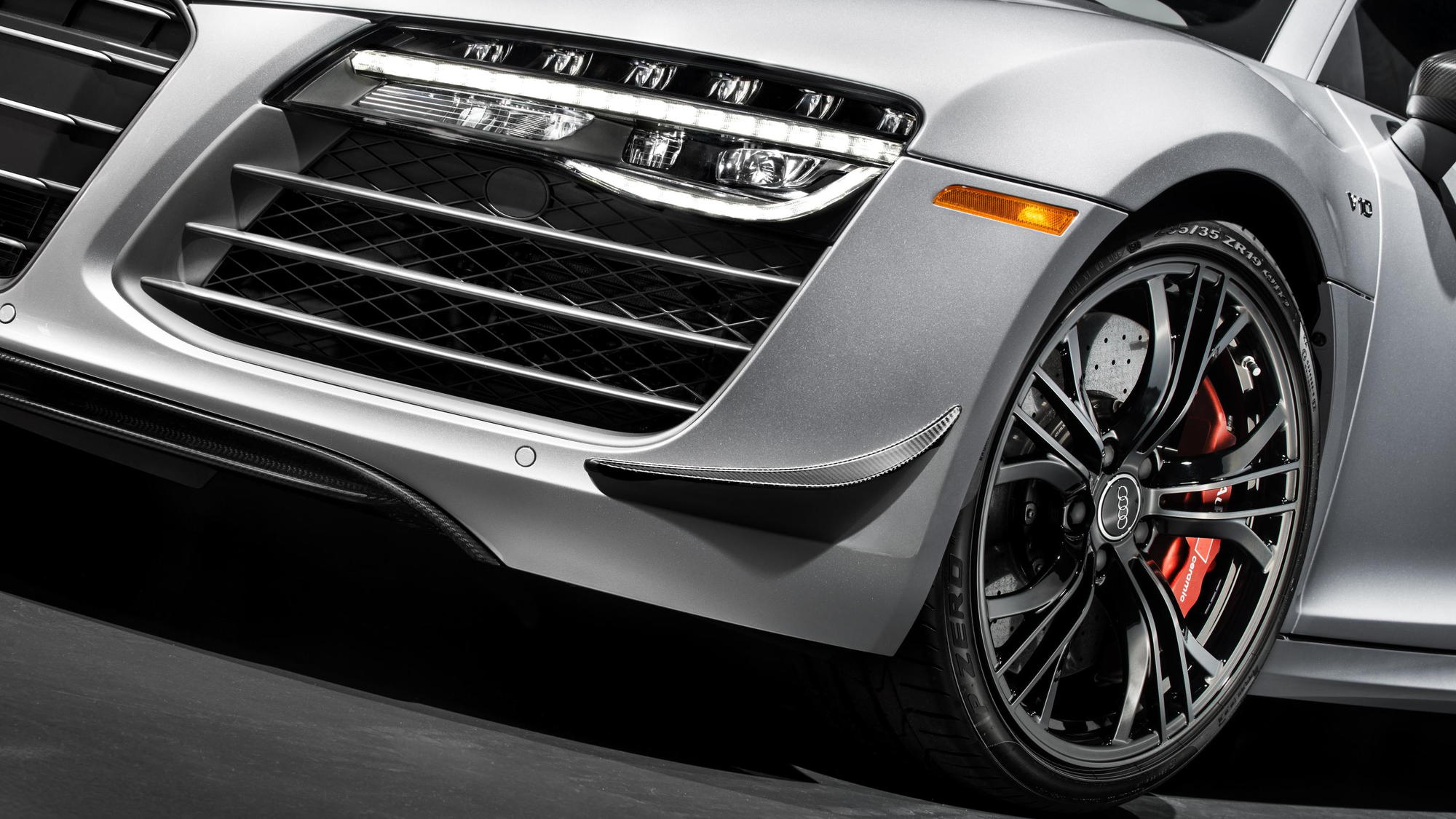 Audi has just revealed the fastest and most powerful version of its R8 supercar yet, the R8 Competition. The car makes its official debut at the 2014 Los Angeles Auto Show next month and will be racing into showrooms early next year.

The R8 Competition’s design draws on the knowledge gained from the R8 LMS line of race cars, with which it shares an engine. That engine is the familiar 5.2-liter V-10 of the R8 V10 model, but with output dialed up to 570 horsepower instead of the standard model’s 525 hp or Plus model’s 550 hp.

This enough for the car to accelerate to 60 mph in just 3.2 seconds, and it will keep going until it maxes out at 199 mph. Drive is to all four wheels, and the transmission is the R8’s S tronic seven-speed dual-clutch unit. 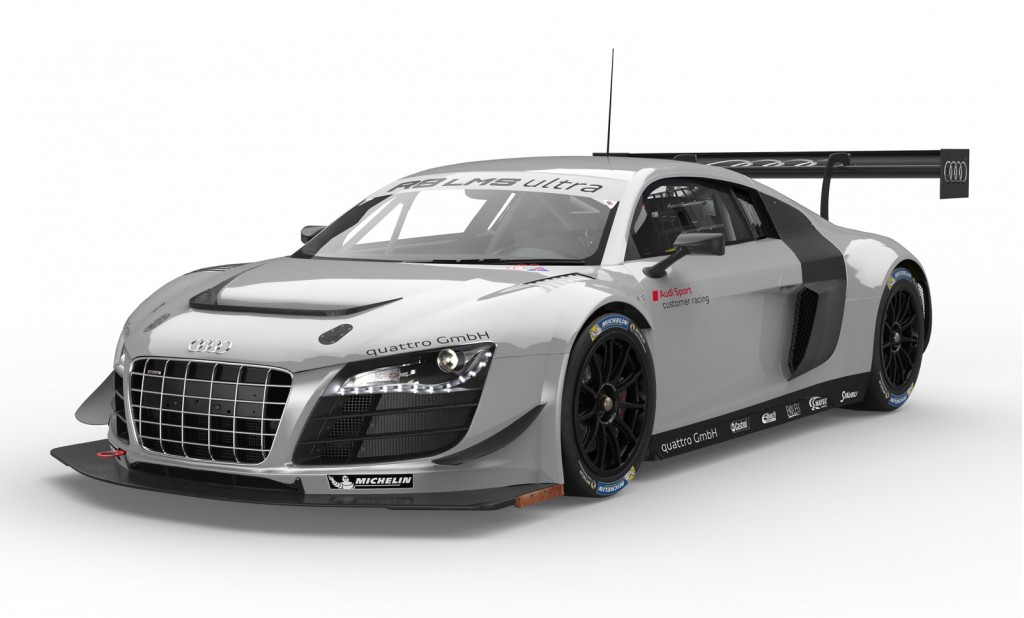 “The limited-edition Audi R8 competition is the closest road car to our R8 LMS ultra race car that has won virtually every race around the world,” said Audi’s U.S. chief Scott Keogh.

In addition to its more potent engine, the car is set apart by some matte carbon exterior elements. These include a fixed rear spoiler, engine bay cover, mirror housings, flics, side blades, front spoiler and rear diffusor. The combination of the carbon elements lower the weight of the R8 Competition and also provide greater downforce.

Other upgrades include a gloss black finish for the wheels, carbon ceramic brakes with anodized red calipers, and more matte carbon in the interior. The final touch is a set of illuminated “R8 Competition” door sill plates. 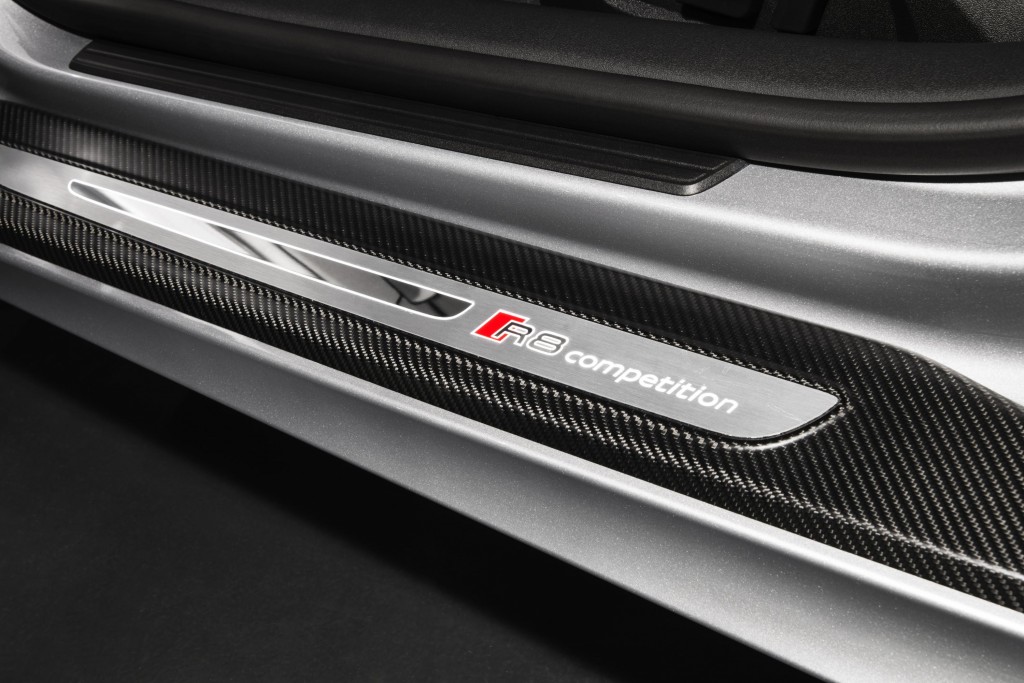 Just 60 examples are earmarked for the U.S. market and anyone interested can place an order following the L.A. Auto Show debut on November 18. To see what else will be at the show, head to our dedicated hub.

Note, a 570-hp R8 was revealed last year but this model, dubbed the R8 LMX, was never offered in the U.S. Both it and the new R8 Competition for the U.S. market are likely to be the last versions of the current R8 before the second-generation arrives sometime next year.