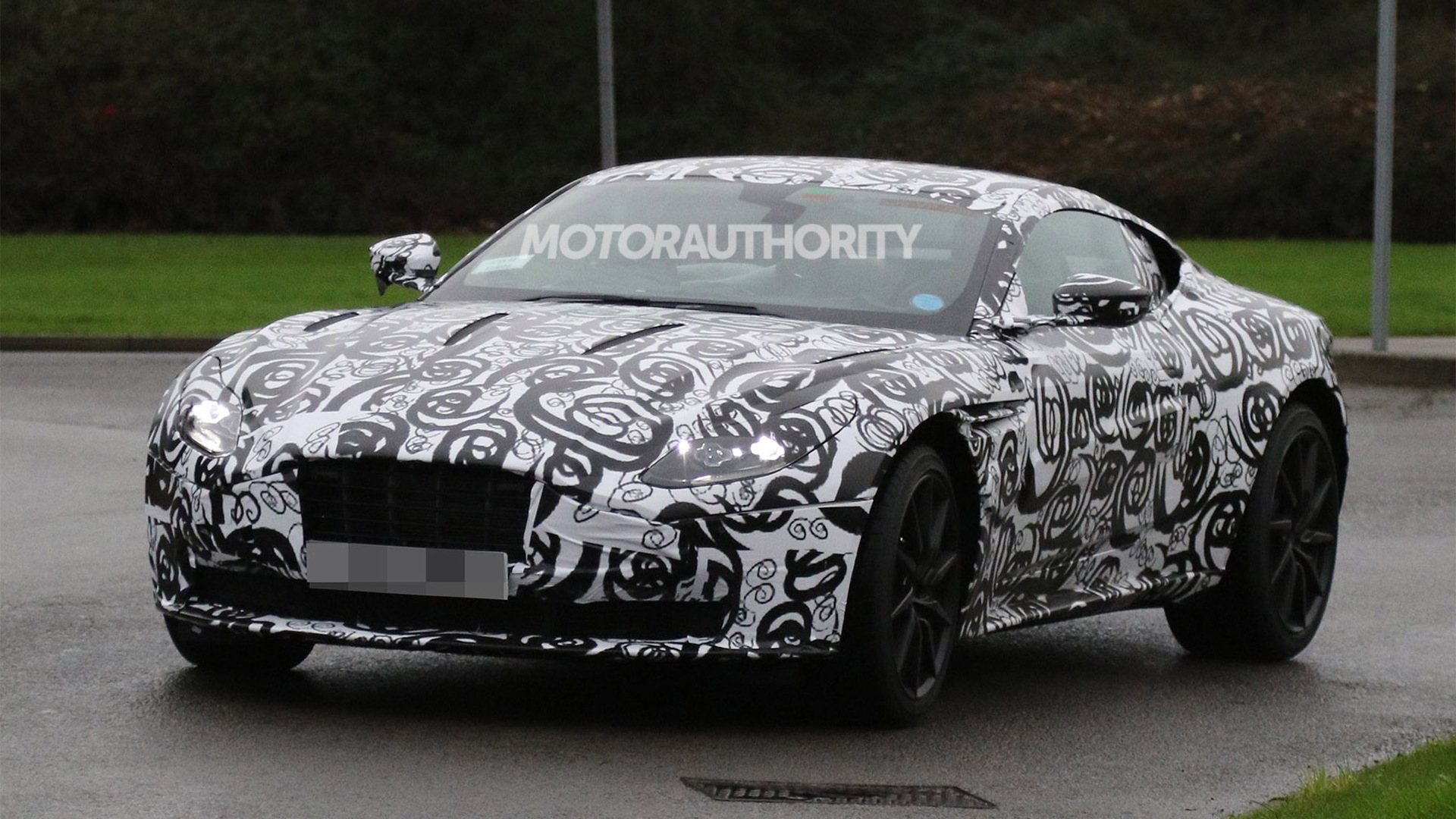 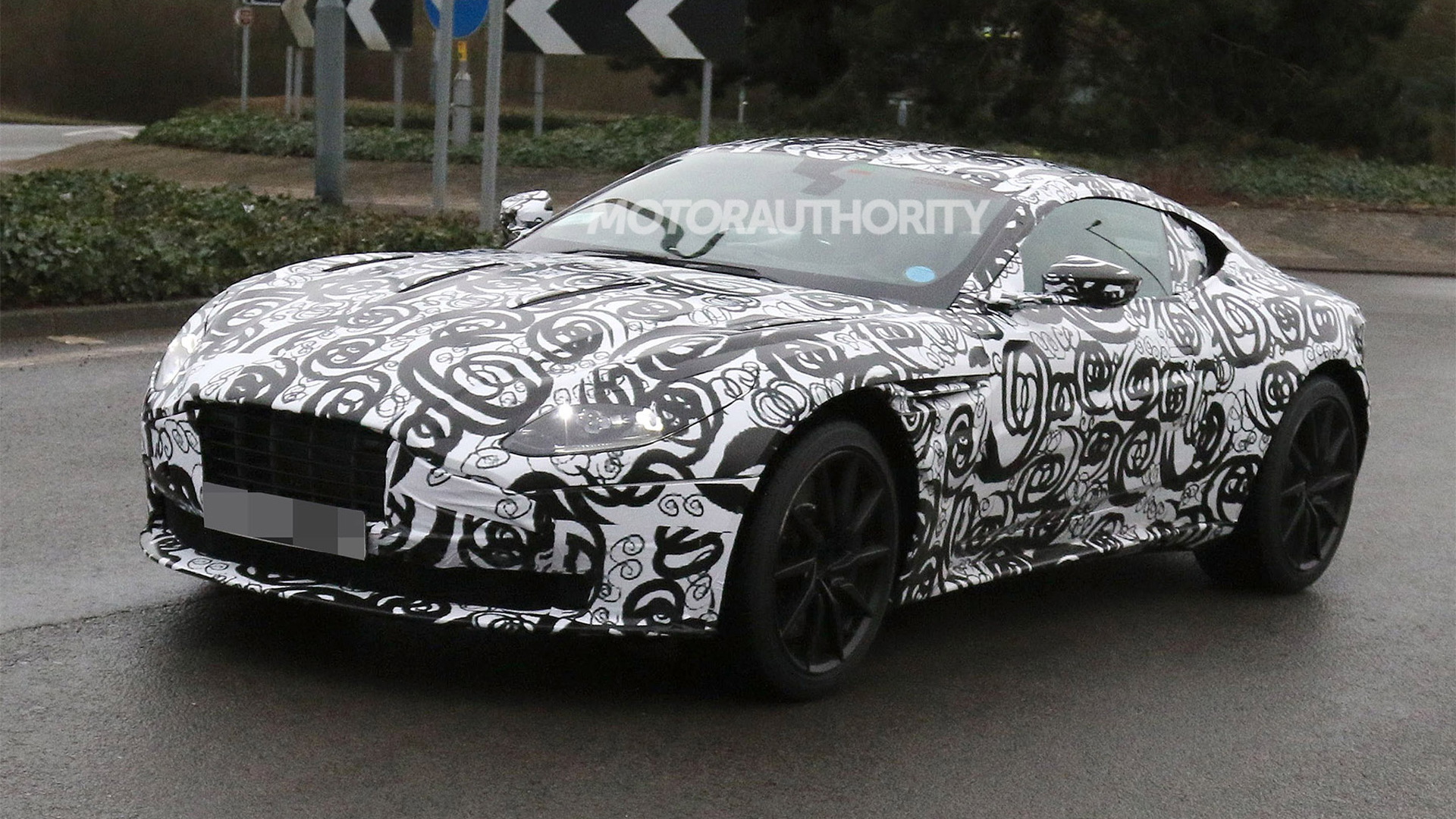 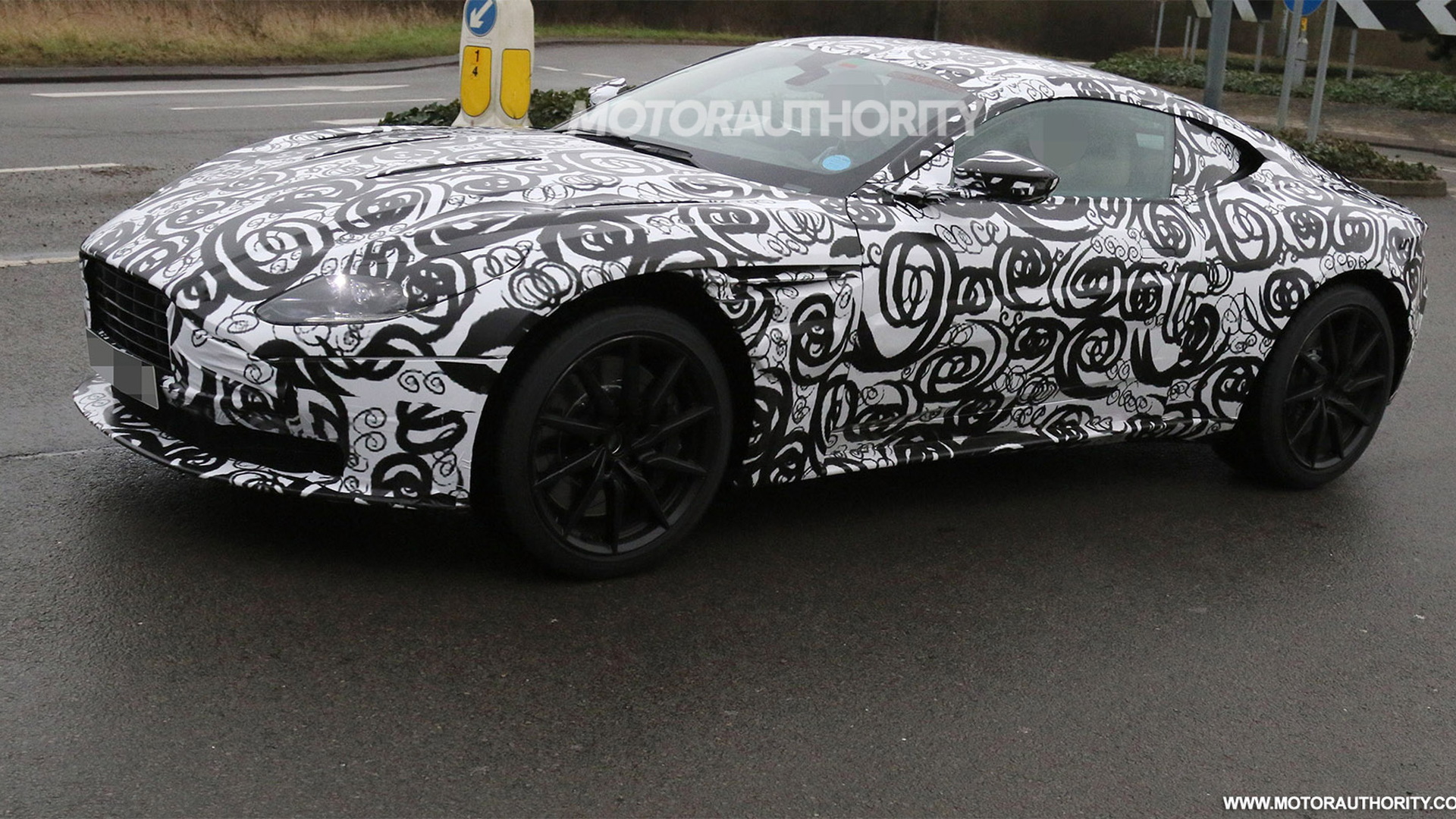 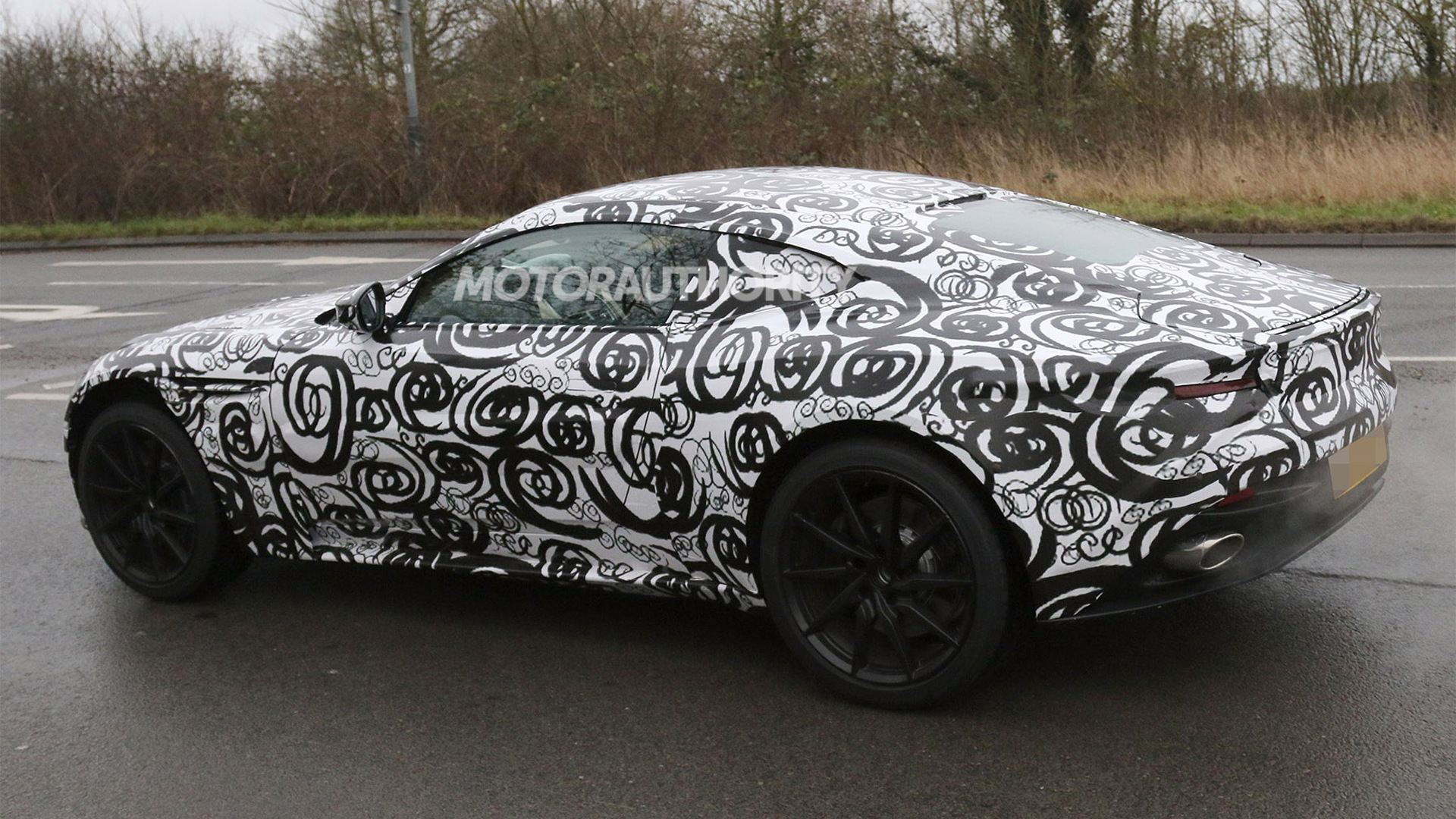 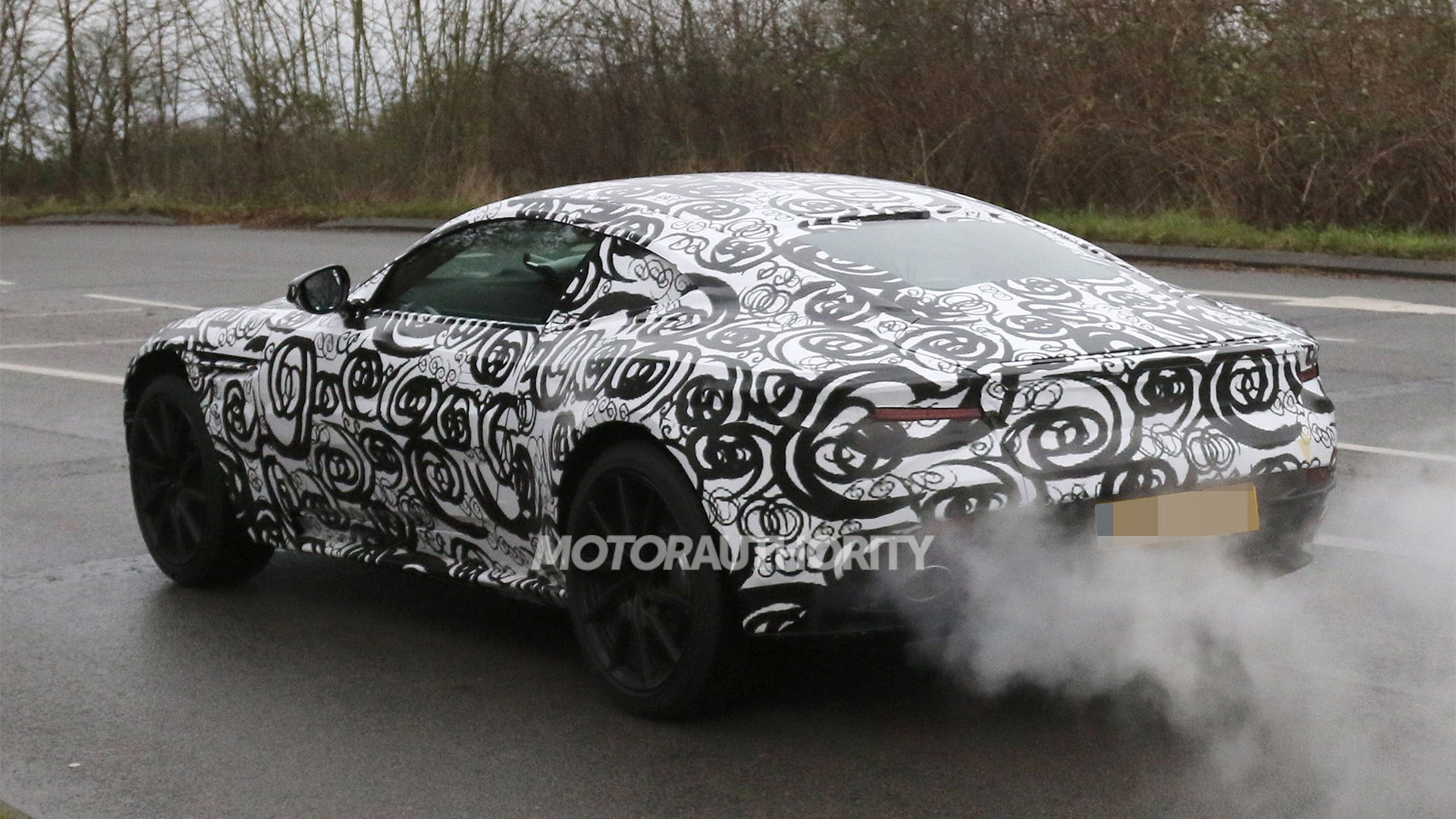 Only yesterday we saw a grainy shot of a completely undisguised version of the DB11, Aston Martin’s long-awaited replacement for the DB9, and now we have new spy shots of a prototype for the upcoming grand tourer. The prototype in the latest shots is wearing production-spec bumpers, lights and wheels, with many of the details matching what we saw in the leaked shot (shown below).

The DB11 is set for a world debut this March at the 2016 Geneva Motor Show. The car should be available in showrooms before the year is out, as a 2017 model. It will be the first of Aston Martin’s models to ride on the company’s all-new platform that we first learned about in 2014, believed to be called the VH5.

VH5 will be Aston Martin’s first all-new design since the original VH0 setup introduced in the first-generation Vanquish back in 2001. The automaker says the new platform will enable its cars to be at the forefront of design, performance and technology. It will also incorporate a new twin-turbocharged 5.2-liter V-12 Aston Martin recently teased, as well as a twin-turbo 4.0-liter V-8 sourced from Mercedes-AMG.

Output of the V-8 will likely be capped at around 500 horsepower, with the V-12 to serve as the performance flagship thanks to an expected 600-hp output. An eight-speed automatic from ZF will be offered, most likely positioned at the rear for better weight balance, and we’ve heard that a conventional manual option will be offered too. The availability of the latter is thought to be a directive from new CEO Andy Palmer.

The latest prototype plus the leaked shot reveal a number of styling cues from recent Aston Martin creations like the DB10 and DBX. The front end in particular looks like its design was inspired by the DB10, while the roofline looks like it was lifted straight off the DBX.

Inside, we can see a digital instrument cluster as well as a rotary dial that looks very similar to the unit fitted in the latest Mercedes-Benz models. This makes sense as Aston Martin has said it will source some electrical architectures from the German automaker. We also know that Aston Martin is working on an infotainment system with  Chinese firm Letv.