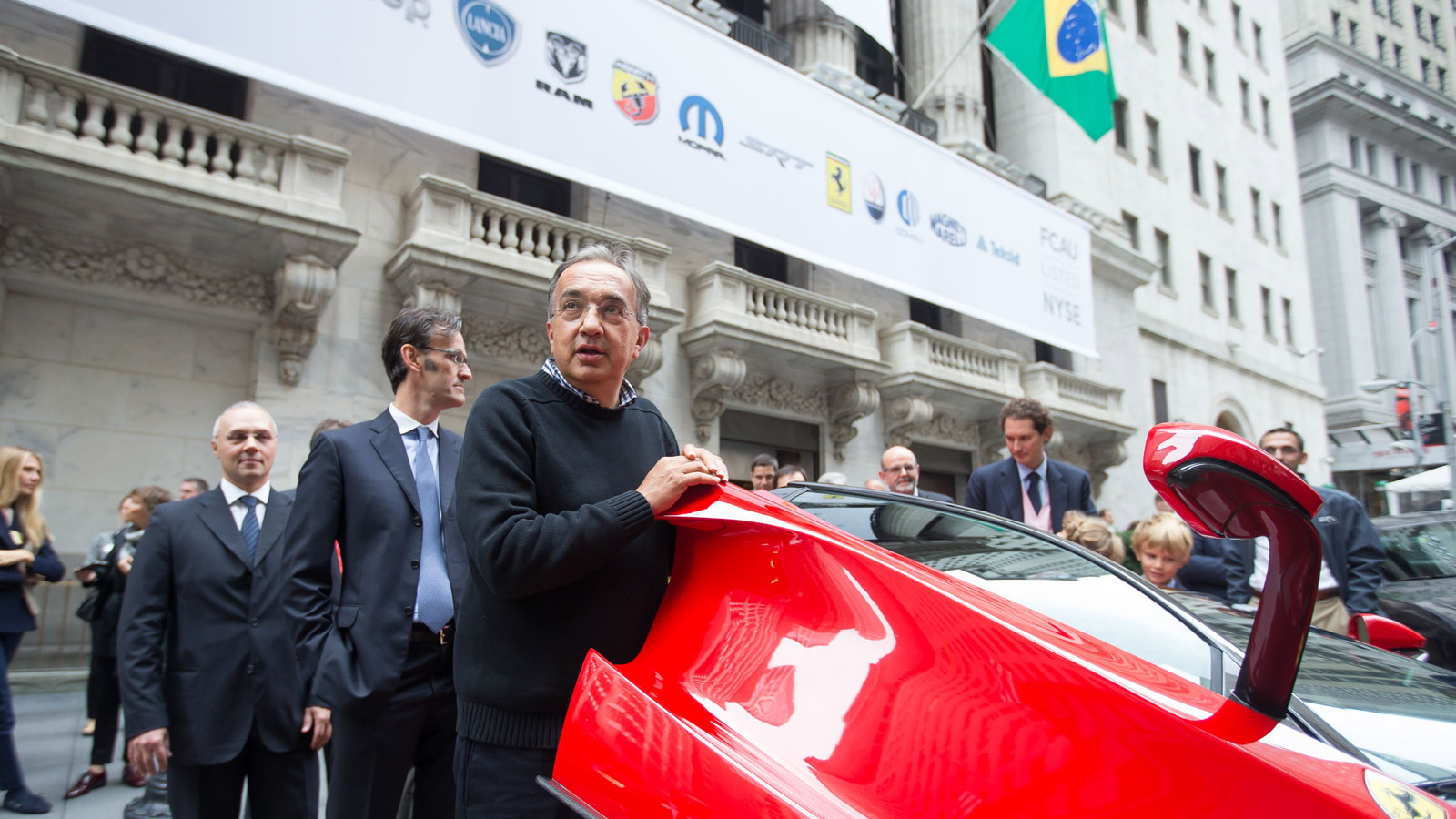 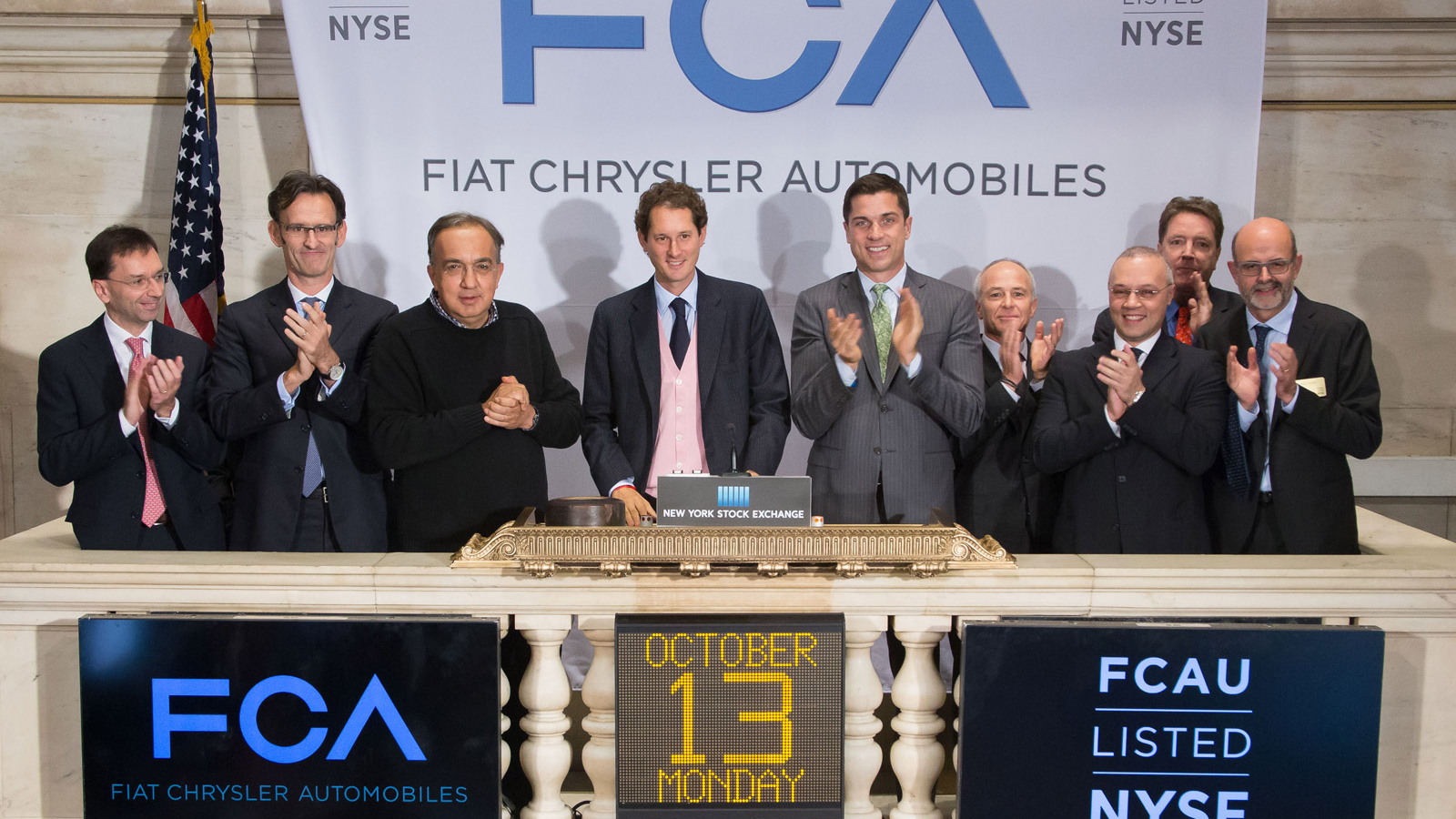 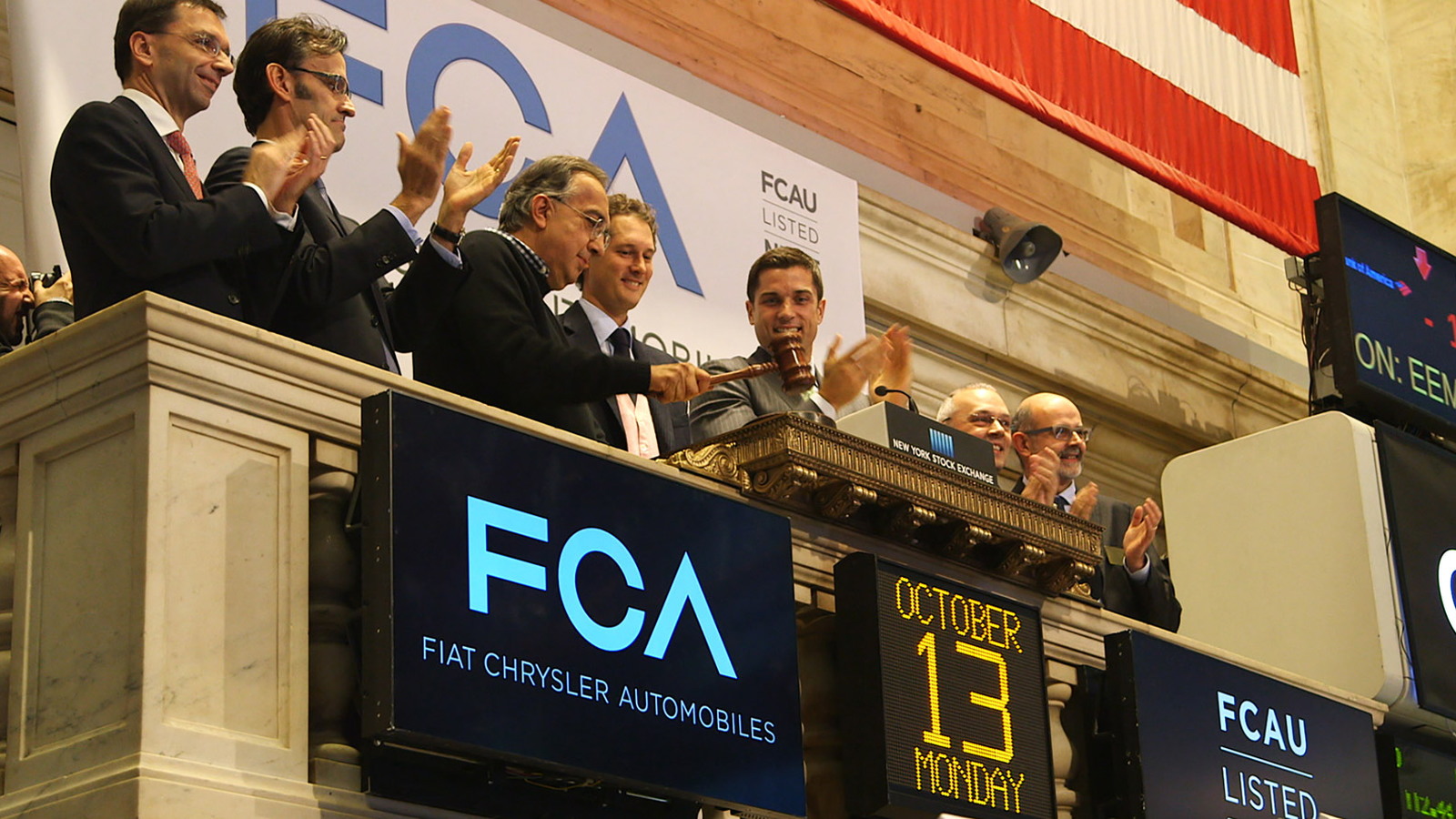 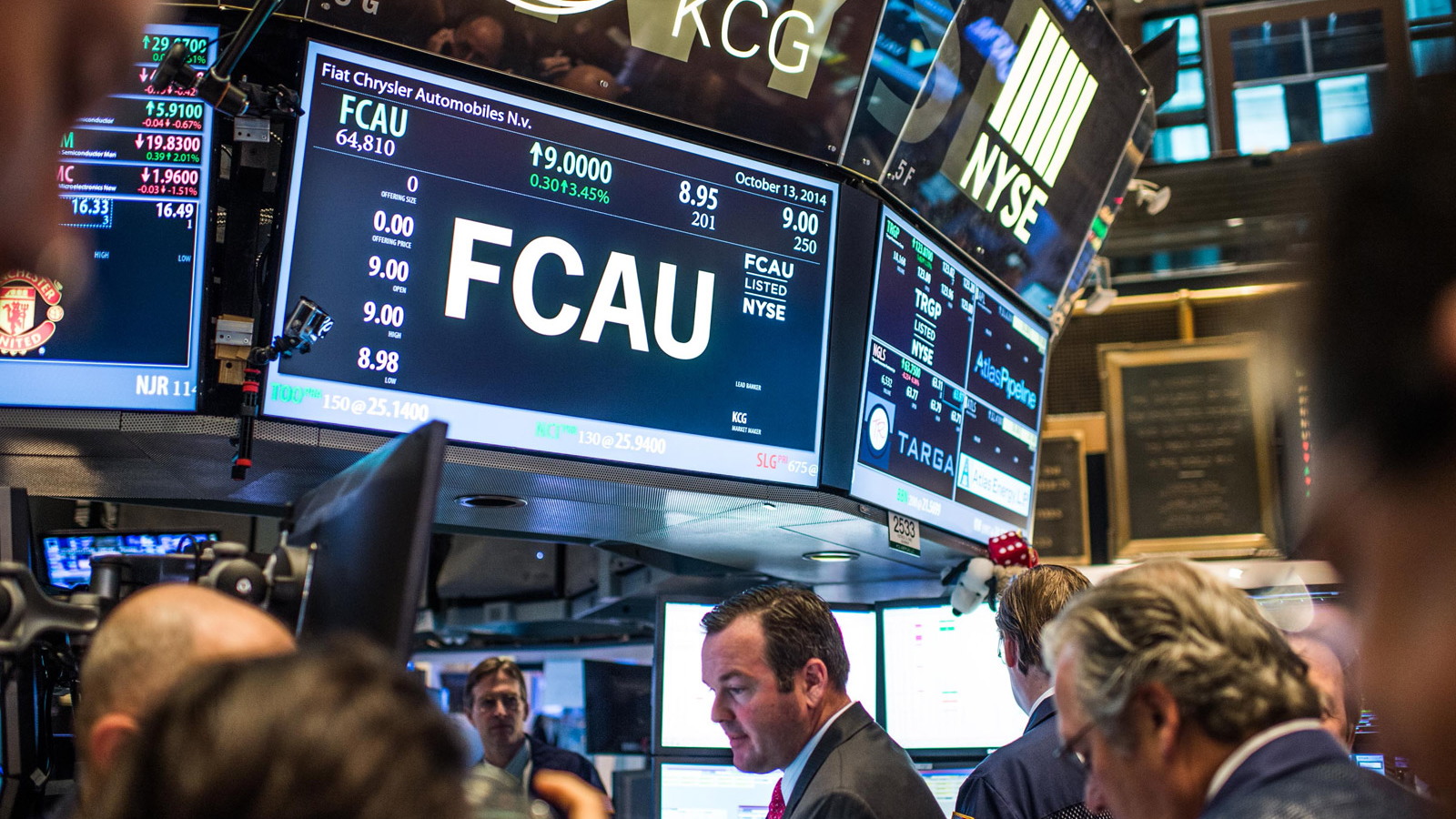 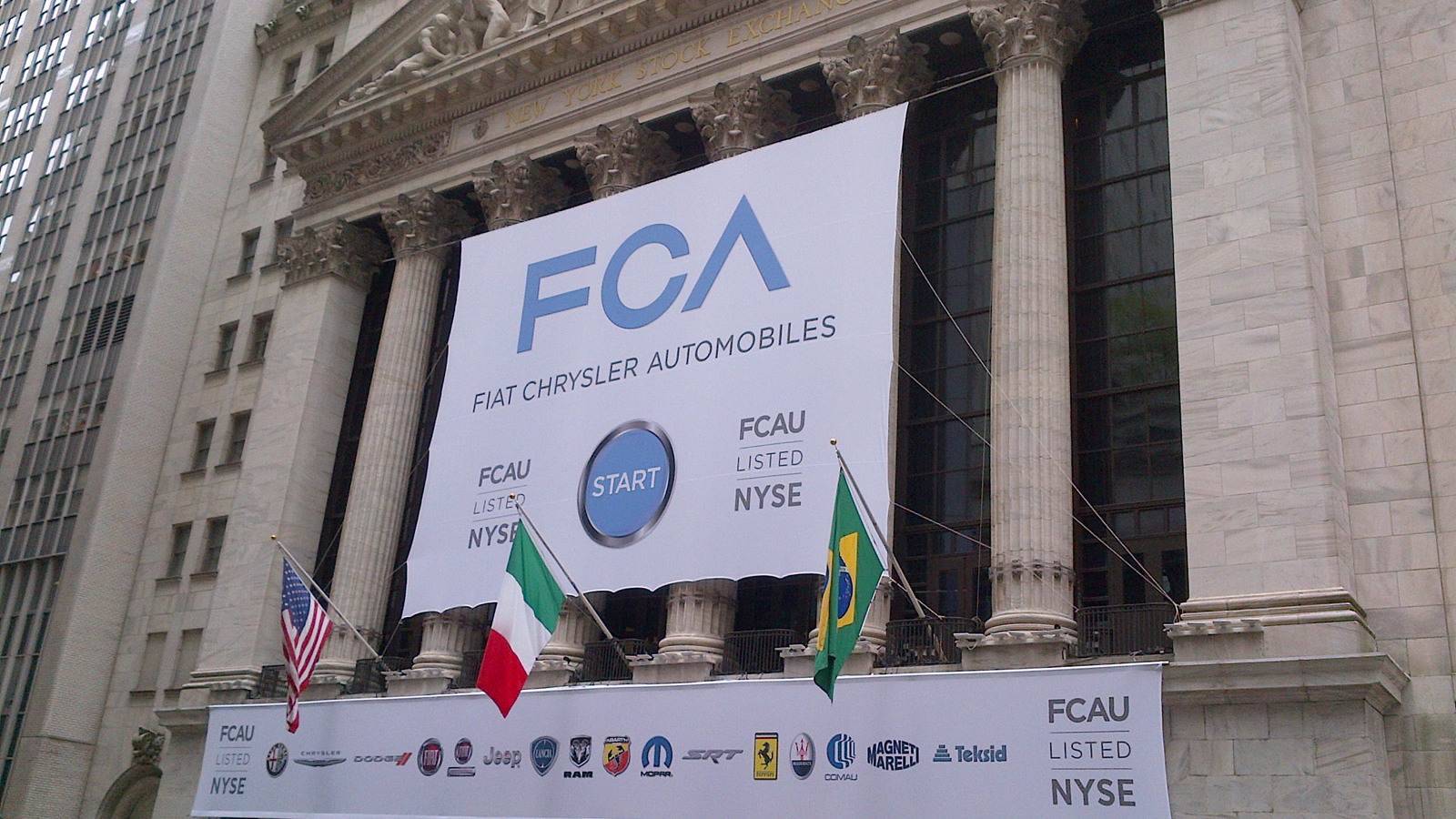 Yesterday was a historic day for Fiat Chrysler Automobiles [NYSE:FCAU] whose shares started trading on the New York Stock Exchange. The day marked an important step for CEO Sergio Marchionne’s efforts to turn newly merged FCA, which includes brands as diverse as Dodge and Ferrari, into one of the world’s leading automakers, by opening it up to global capital markets in order to fund a vast array of new models under a five-year strategy announced in May.

FCA’s shares are listed under the stock ticker symbol “FCAU” and opened at a price of $9. The price rose briefly before ending the day at $8.92, which isn’t bad considering the Dow Jones industrial average dropped 222 points late in the day. The stock also trades on an exchange in Milan, Italy.

It’s been a long road for Marchionne, who was asked by John Elkann, Agnelli family heir and then-chairman of Fiat—he’s now chairman of FCA—in 2004 to help turnaround the company’s fortunes. He then oversaw the merger of Fiat with Chrysler and the eventual full takeover of the recently bankrupt automaker to form the new FCA. He recently revealed that he’ll stay on as FCA CEO only until the end of his five-year strategy in 2018.

Marchionne told media after yesterday's market close that he felt automakers in general were underpriced and that he expects future values to reflect this. However, there’s been much skepticism over whether the 62-year-old will be able to reach some of his stated goals for FCA.

His five-year strategy calls for $60 billion to be invested in new products that, if all goes to plan, will see FCA’s sales grow 60 percent to around seven million vehicles annually. Of course, rival automakers such as Ford Motor Company [NYSE:F], General Motors Company [NYSE:GM], Toyota and the Volkswagen Group all have ambitious plans of their own. FCA is the world’s seventh largest automaker by volume.