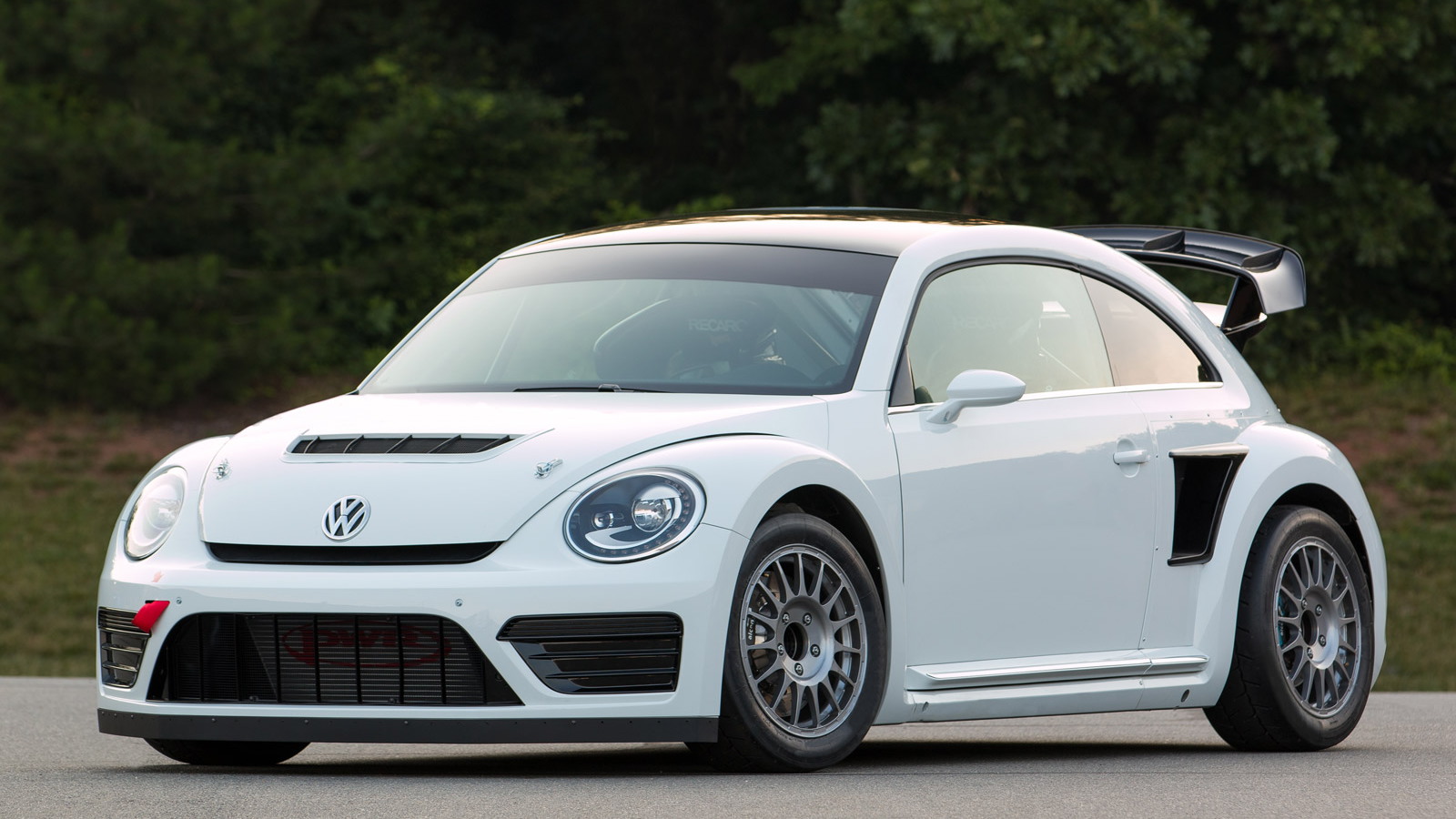 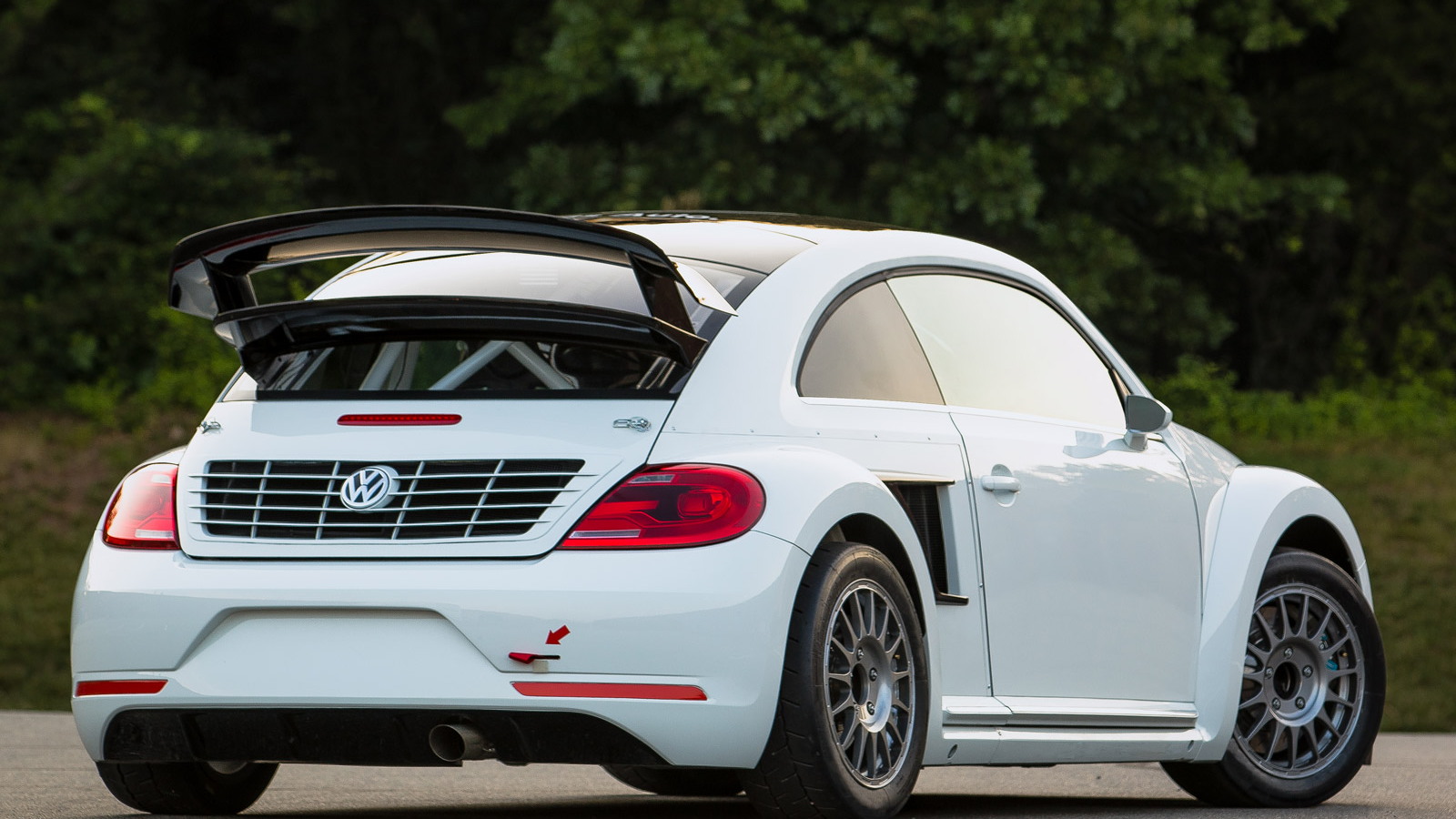 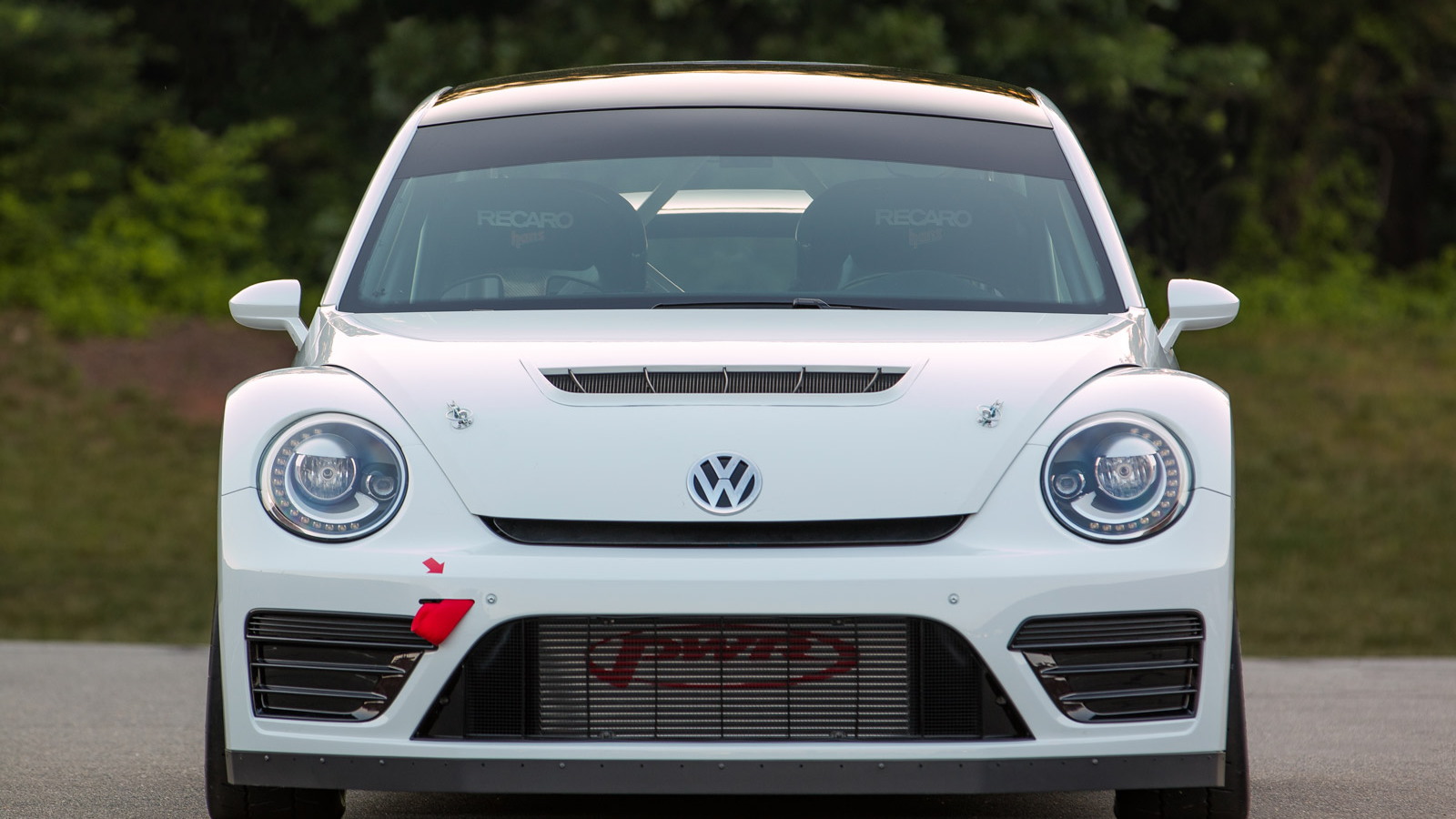 3
photos
The 2014 Global RallyCross Championship got underway back in May and after the first two rounds it’s America’s Scott Speed, driving for the Volkswagen Andretti Rallycross team, who sits at the top of the points ladder. The Volkswagen Andretti Rallycross team, which also includes Tanner Foust, is currently using a Polo rallycross car but soon it will switch to this new Beetle rallycross car.

Like the rest of the cars competing in GRC, the new Beetle rallycross car is powered by a turbocharged four-cylinder engine delivering 544 horsepower to all four wheels. It also features a sequential six-speed transmission, multiplate limited-slip differentials at the front and rear, strut-type suspension with ZF dampers at all four corners, 17-inch wheels, and massive brake discs (14.0-inch front and 11.8-inch rear) with four-piston aluminum calipers.

The Beetle cuts quite a dash with its outsize rear wing, widebody fenders, and aggressive front fascia. Overall, the car is 168.8 inches long and 71.7 inches wide, and has to weigh in at a minimum of 2,668 pounds, per series regulations. With this combination of low weight, high horsepower, and all-wheel-drive traction, the Beetle rallycross car is predicted to sprint from 0-60 mph in just 2.1 seconds.

ALSO SEE: This Is The Bugatti Legend Black Bess: Video

Volkswagen Andretti Rallycross will start using the new Beetle rallycross car this weekend at the GRC event in Washington, D.C. Recently, Rhys Millen took to the streets of the nation’s capital driving his own Hyundai Veloster rallycross car.