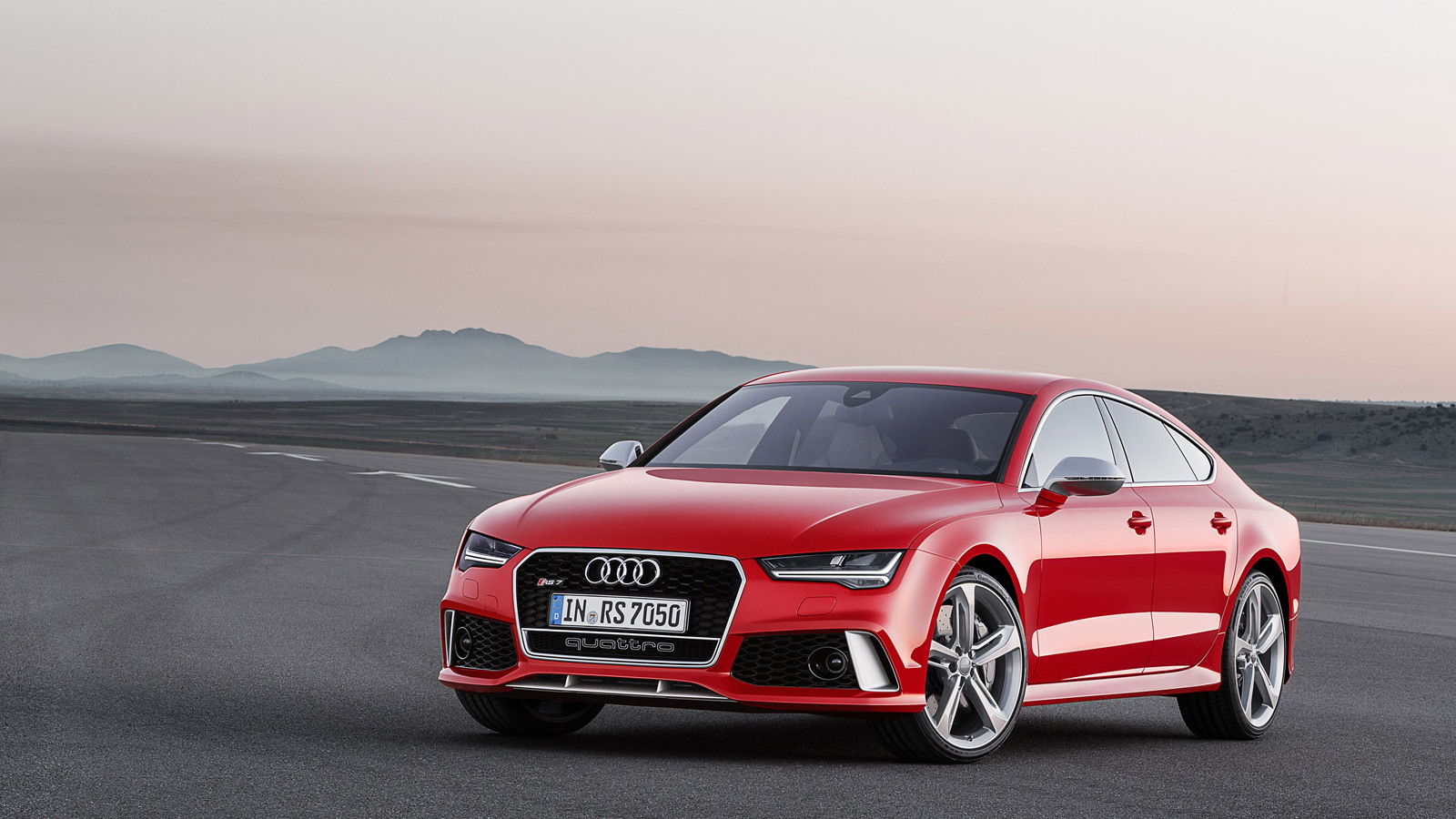 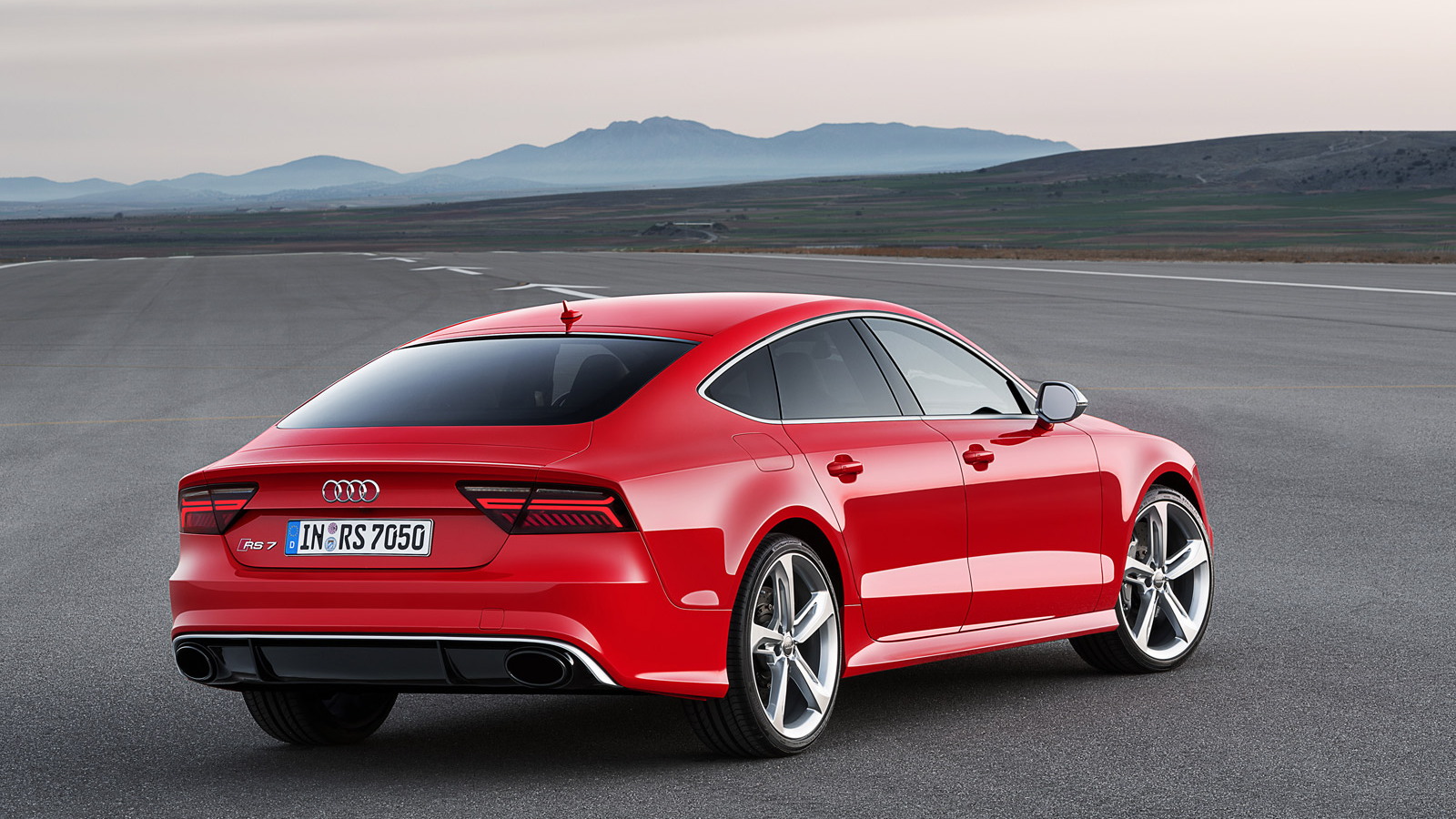 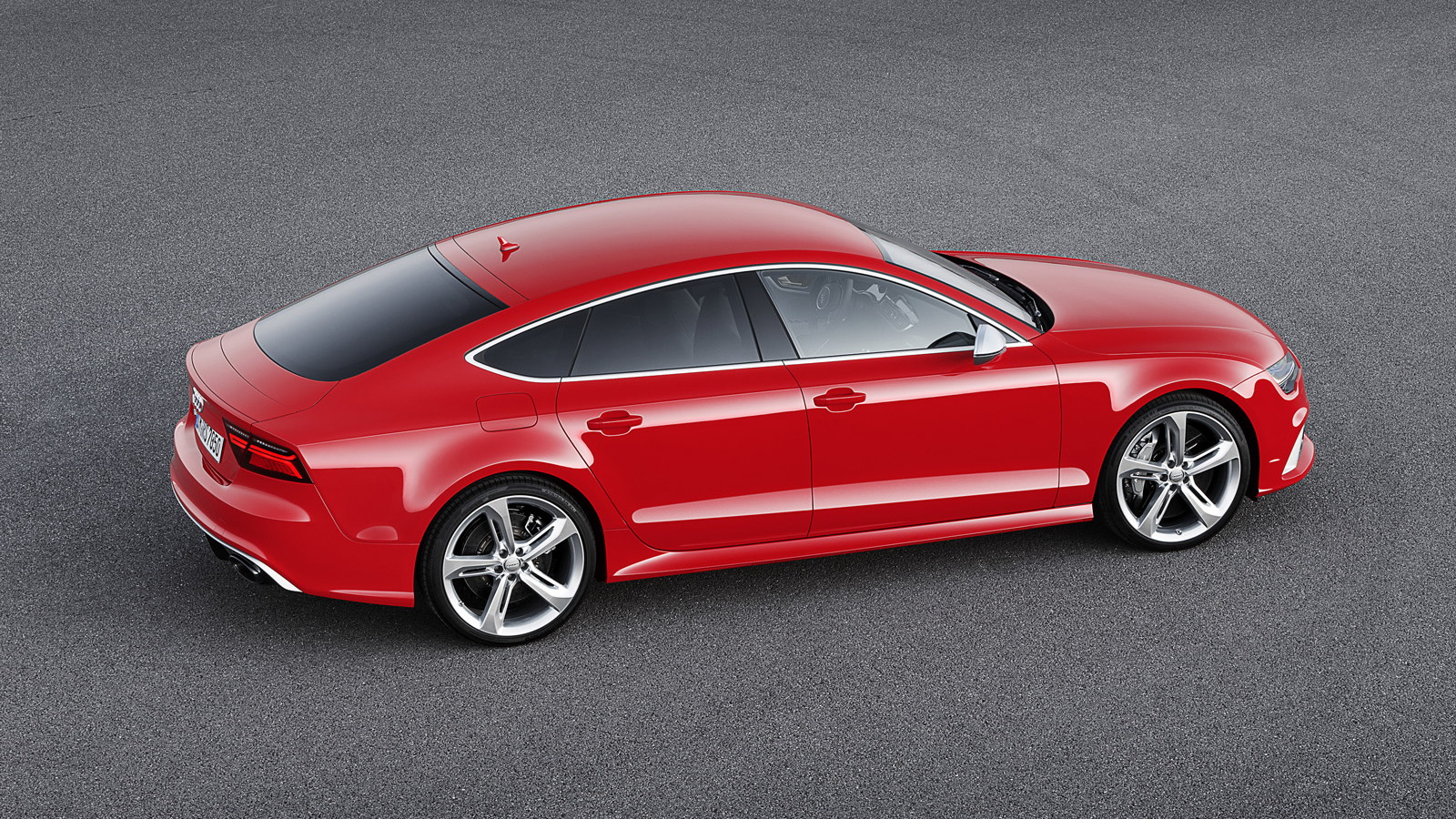 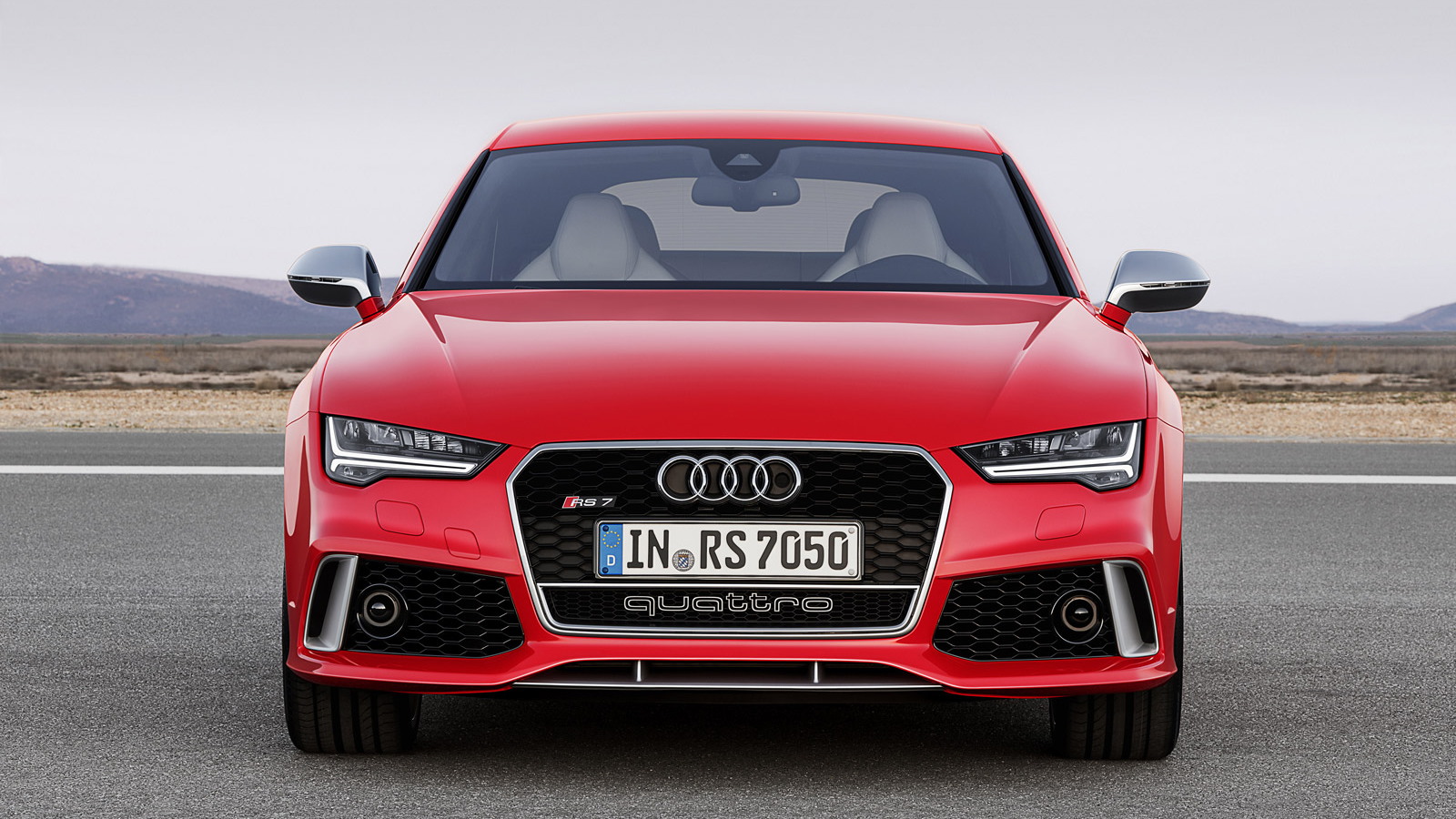 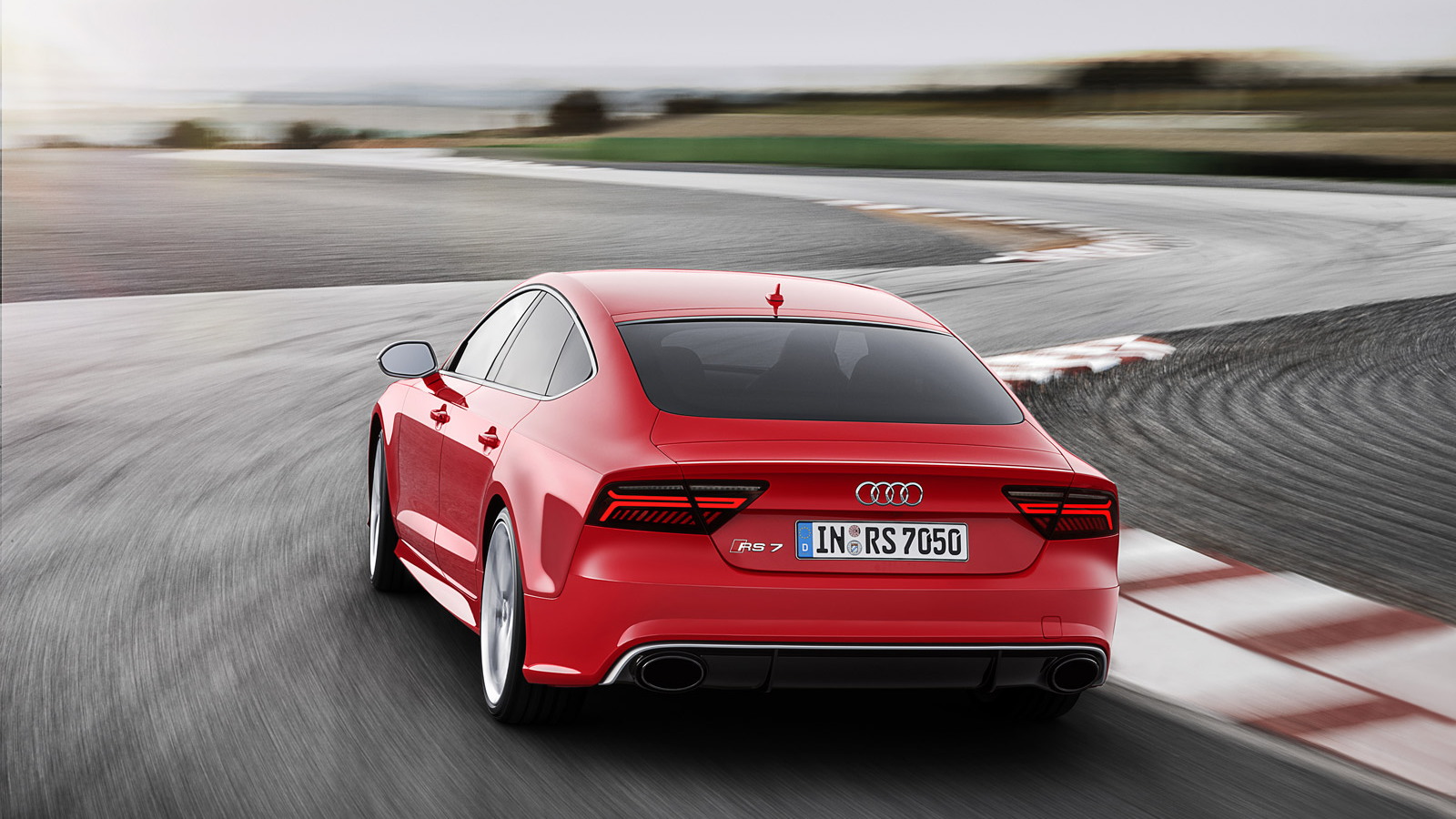 Following the debut of the updated Audi A7 and S7 models at the Leipzig Auto Show in Germany a week ago, Audi has now revealed the updated version of the bahn-storming RS 7 model. There’s no additional power under the hood, which is fine by us since the RS 7 was all-new just a year ago, but the car does come with the same styling tweaks as the rest of the updated A7 range.

Those tweaks include a more rigid single-frame grille up front, new headlights with available Matrix LED technology (outside the U.S. only), revised bumpers and the word “quattro” now emblazoned on the central air intake. There are also a handful of new paint finishes and trim packages.

Inside, the designers have discreetly revised the instrument cluster: the air outlet controls of the vent nozzles, the shift paddles behind the steering wheel and the quattro emblem on the instrument panel. In addition, the standard MMI navigation plus with MMI touch now uses Audi’s modular infotainment system. There is also a number of driver assistance systems as well as high-speed 4G LTE internet connectivity and a Bang & Olufsen sound system.

Under the hood sits the same twin-turbocharged 4.0-liter V-8 with cylinder deactivation found in a host of high-end Audi models. In the latest RS 7 it’s tuned to deliver 560 horsepower and 516 pound-feet of torque, which is the same as last year’s rating. The engine is mated to an eight-speed automatic transmission and drive goes to all four wheels via a quattro all-wheel-drive system. On request, Audi will combine the quattro system with an available sport differential on the rear axle for even better dynamics.

With the loud pedal floored, the RS 7 will sprint to 62 mph from rest in just 3.9 seconds, with top speed governed to 174 mph. Opt for an available dynamics package and the top speed is raised to 190 mph.

In the handling department, the RS 7 comes with adaptive air suspension with adaptive damping as standard—the setup can lower the ride height by up to 0.8 inch at high speeds. For hardcore RS 7 buyers, Audi offers a tauter RS sport suspension plus setup, which comes with Dynamic Ride Control dampers. A further option is dynamic steering, with its continuously variable steering ratio. The standard wheels is a set of forged light alloys measuring 20 inches across. A 21-inch cast aluminum set is available as an option, as are carbon-ceramic brakes instead of the standard steel discs.

The order books for the updated RS 7 open this fall. Pricing should lie close to the $105k starting price of the current 2014 model.