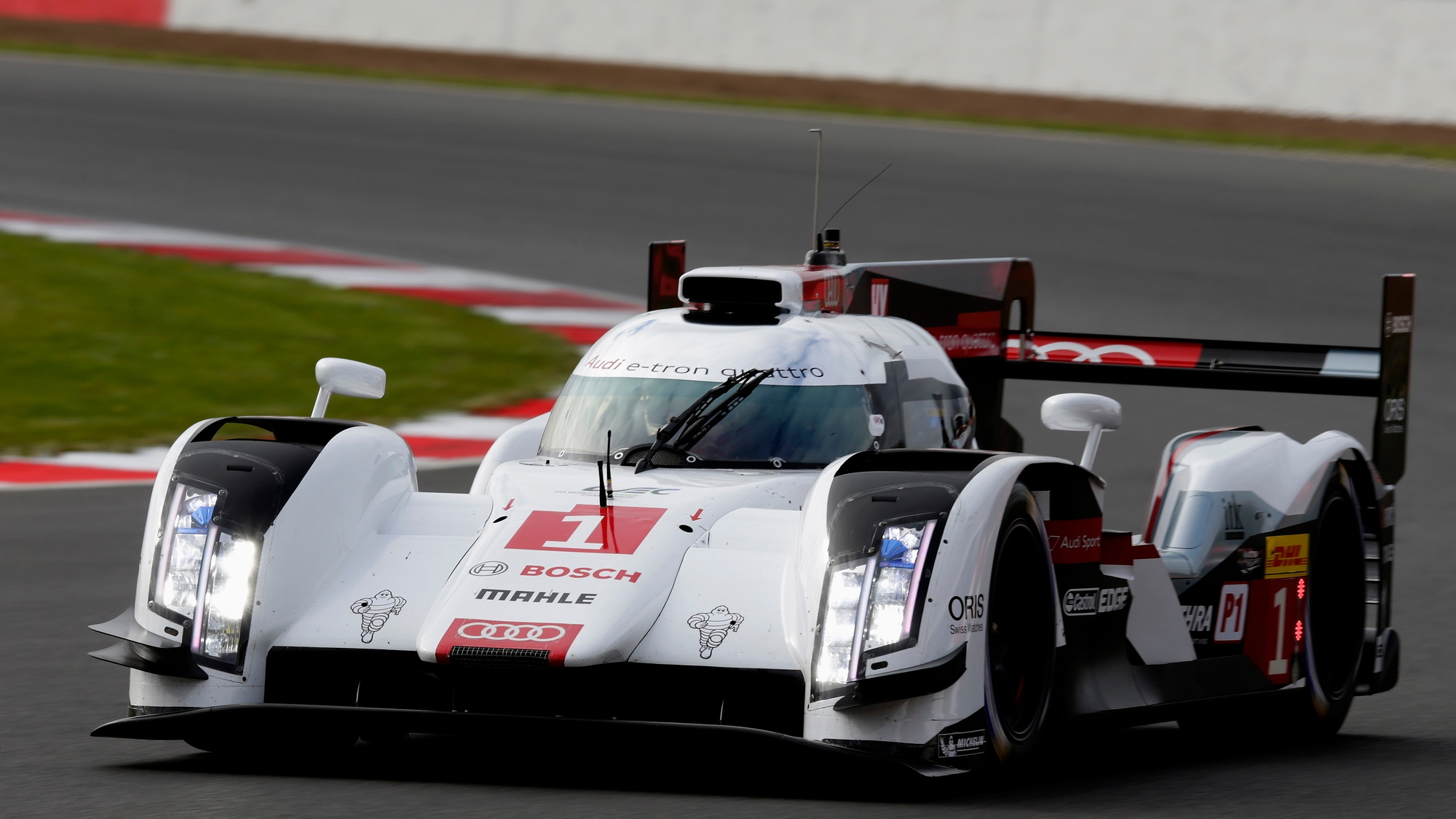 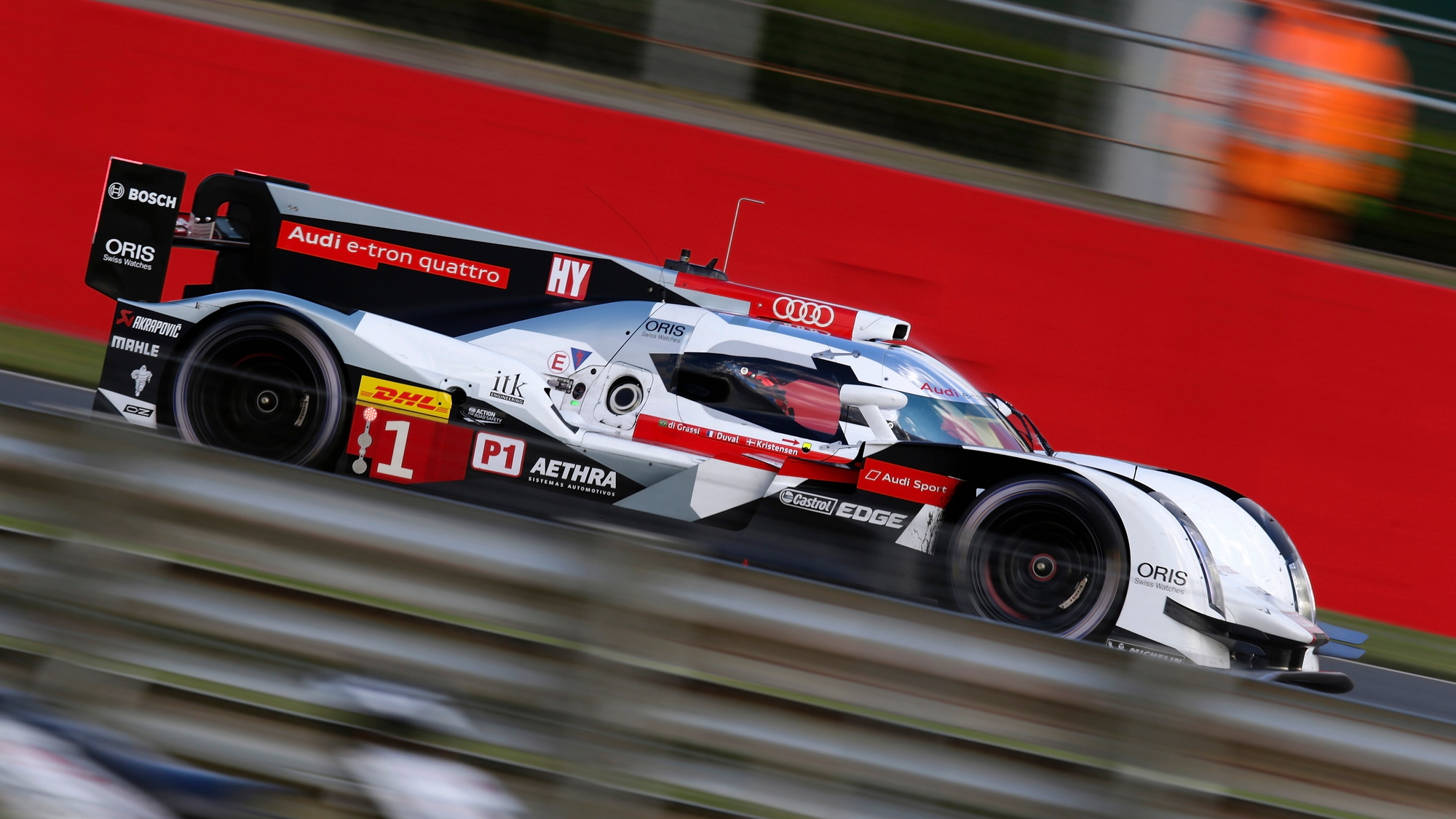 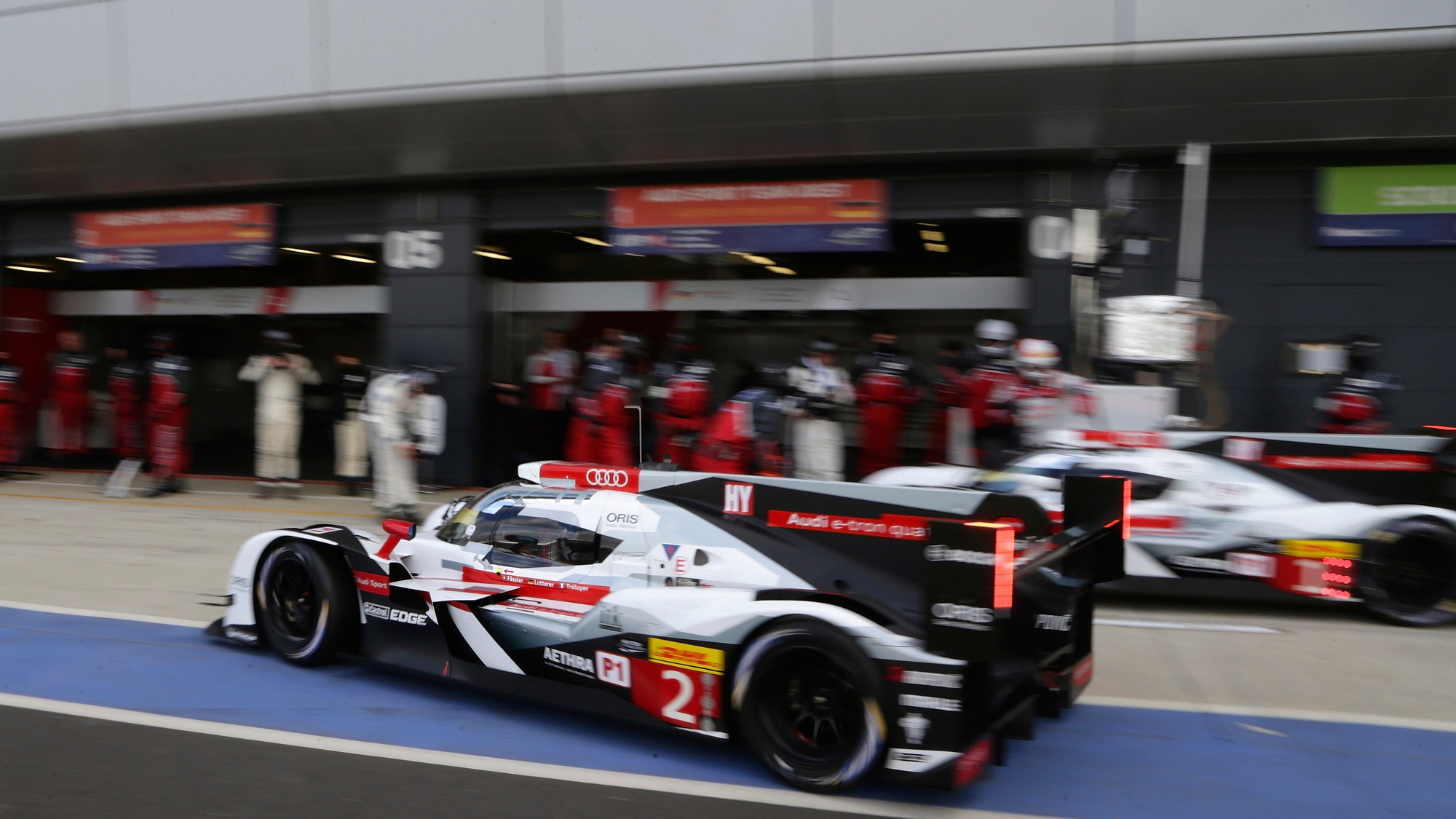 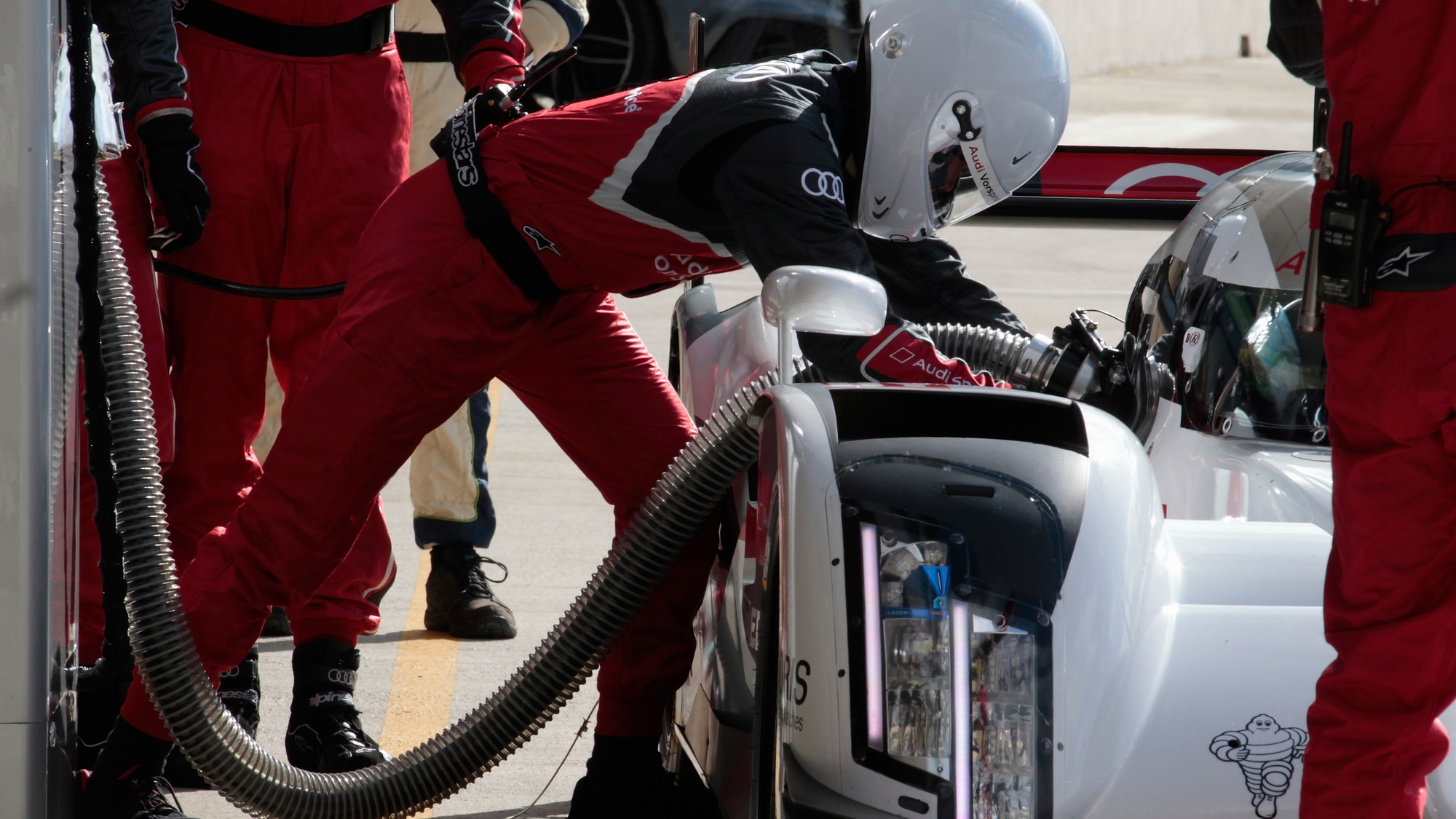 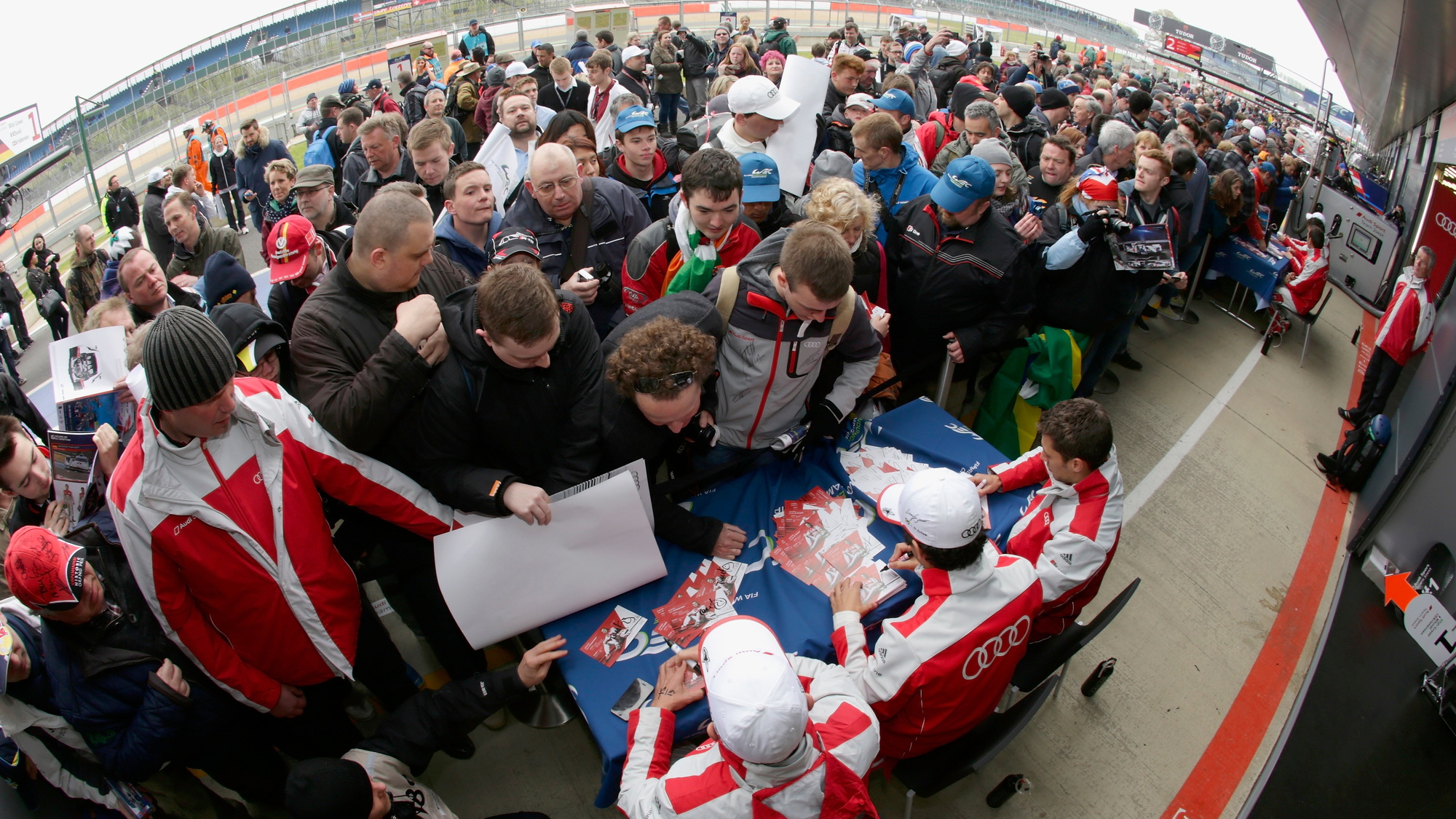 8
photos
The perennial front-runners in Le Mans racing, Audi's prototypes suffered a very difficult weekend at Silverstone, crashing both cars and retiring with no points--the first time ever for Audi Motorsport. Both cars were too damaged to repair, requiring the complete reassembly of each from scratch.

Heading into the second round of World Endurance Championship competition, Audi is bringing not just the two newly built cars, but a third as well, the first time this season Audi will enter three R18 e-tron quattros in an event. Audi is using the third car to prepare some members of its 24 Hours of Le Mans squad for battle, including Marco Bonanomi and Filipe Alubquerque. Oliver Jarvis will race in the 24 Hours of Le Mans, but he'll be racing in the Japanese Super GT during the six-hour race at Spa.

Despite having to overcome the reconstruction of the two primary R18 e-tron quattros, Audi is heading into the second round with goals both for the race at Spa Francorchamps itself and in preparation for the greater prize of the 24 Hours of Le Mans. "We’ve got to prepare two new cars between now and Spa, which imposes an extreme load on the squad," said Dr. Wolfgang Ullrich, head of Audi Motorsport. "Then we’re going to concentrate on running an impeccable race. At Spa, we want to rectify the unfortunate race at Silverstone. In the past years, Spa was a very good track for us."

Chris Reinke, head of the LMP program, explained, "After the somewhat rocky start of the season at Silverstone, it’s now particularly important for us to focus on our next tasks until Le Mans. The squad has to get used to its processes. But Spa is more than just a test for Le Mans. We aim to win in Belgium and score points for the WEC."

The second round of FIA WEC competition will take place at Spa Francorchamps in Belgium, May 2-3.