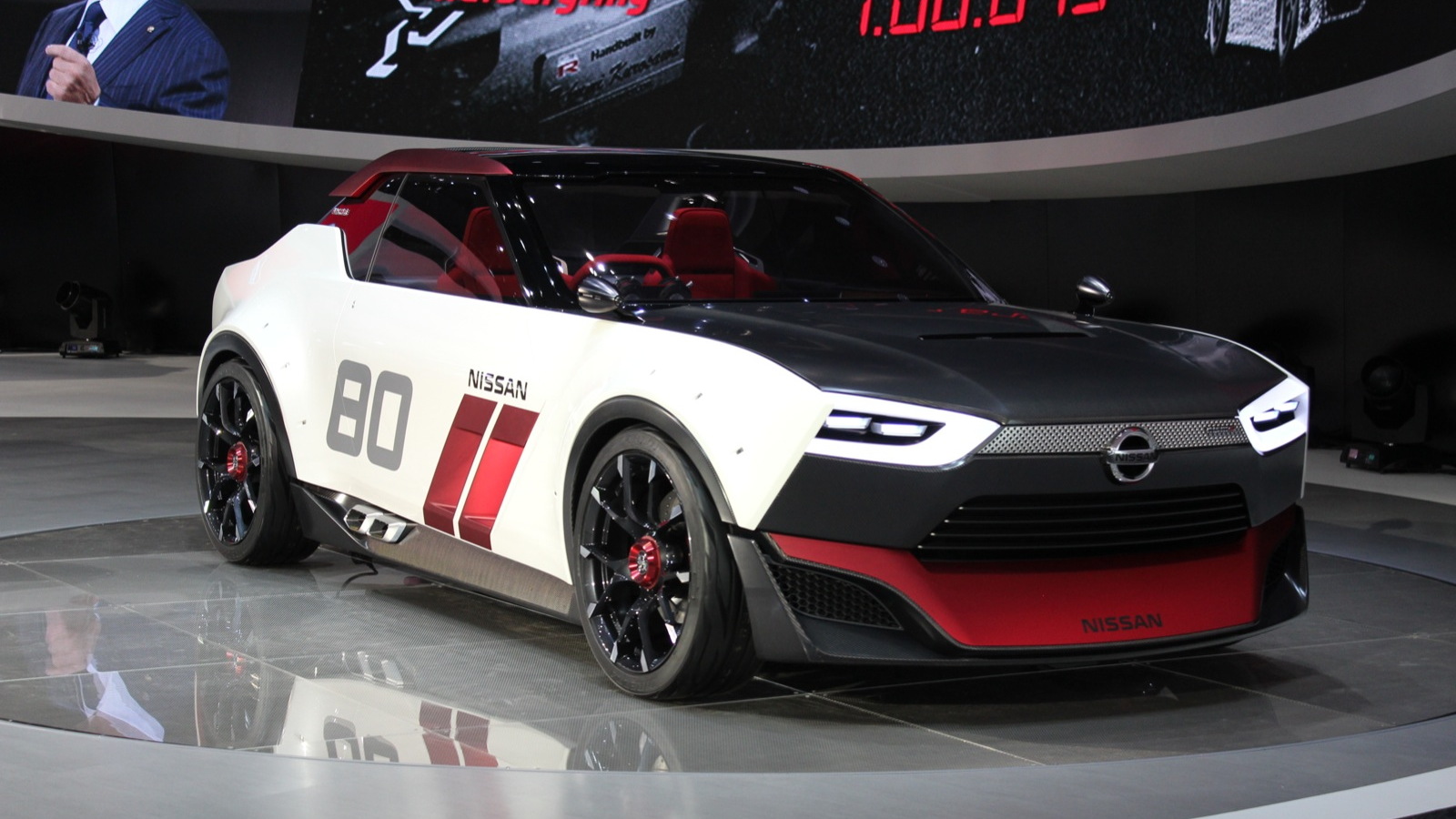 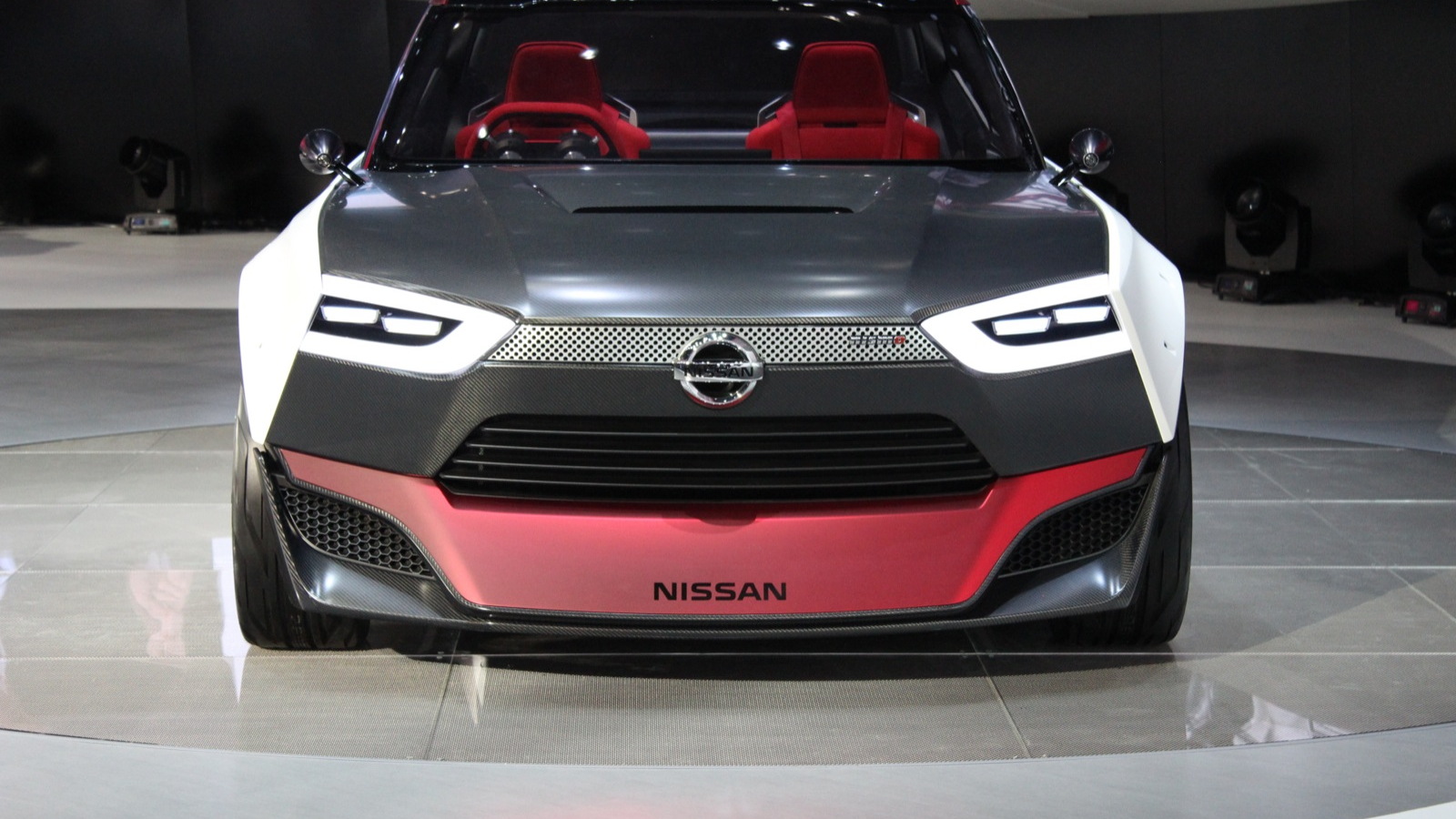 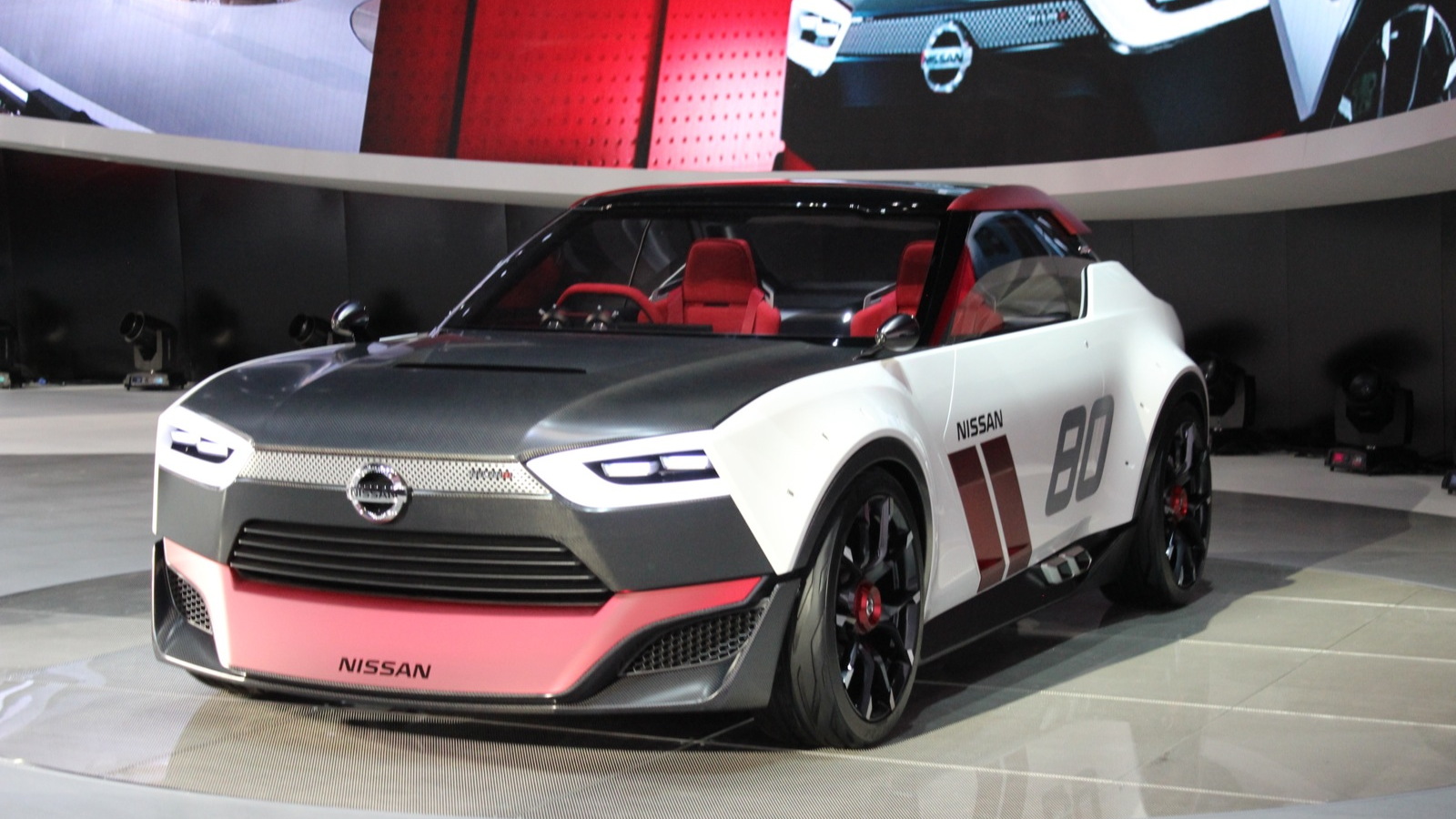 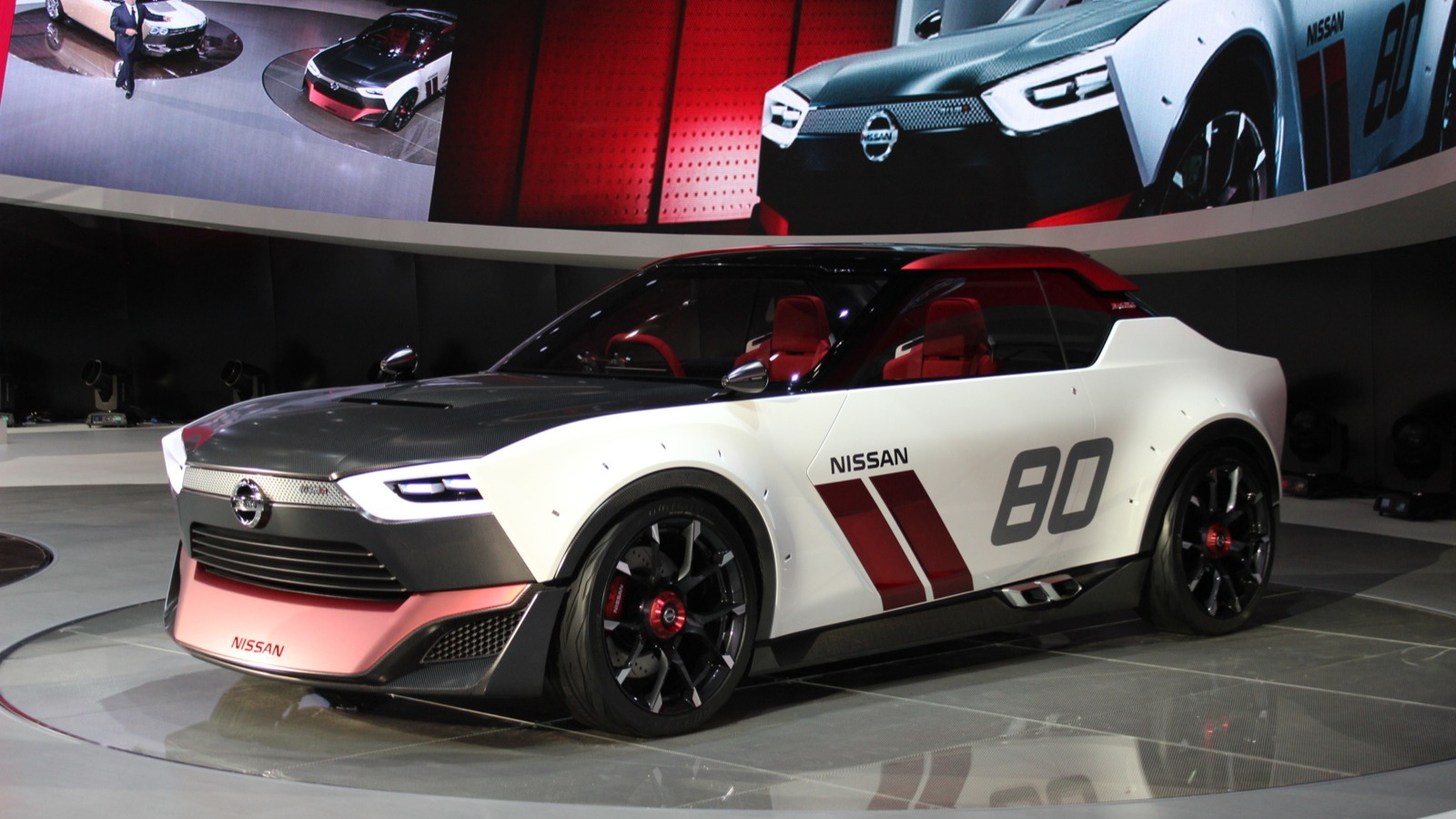 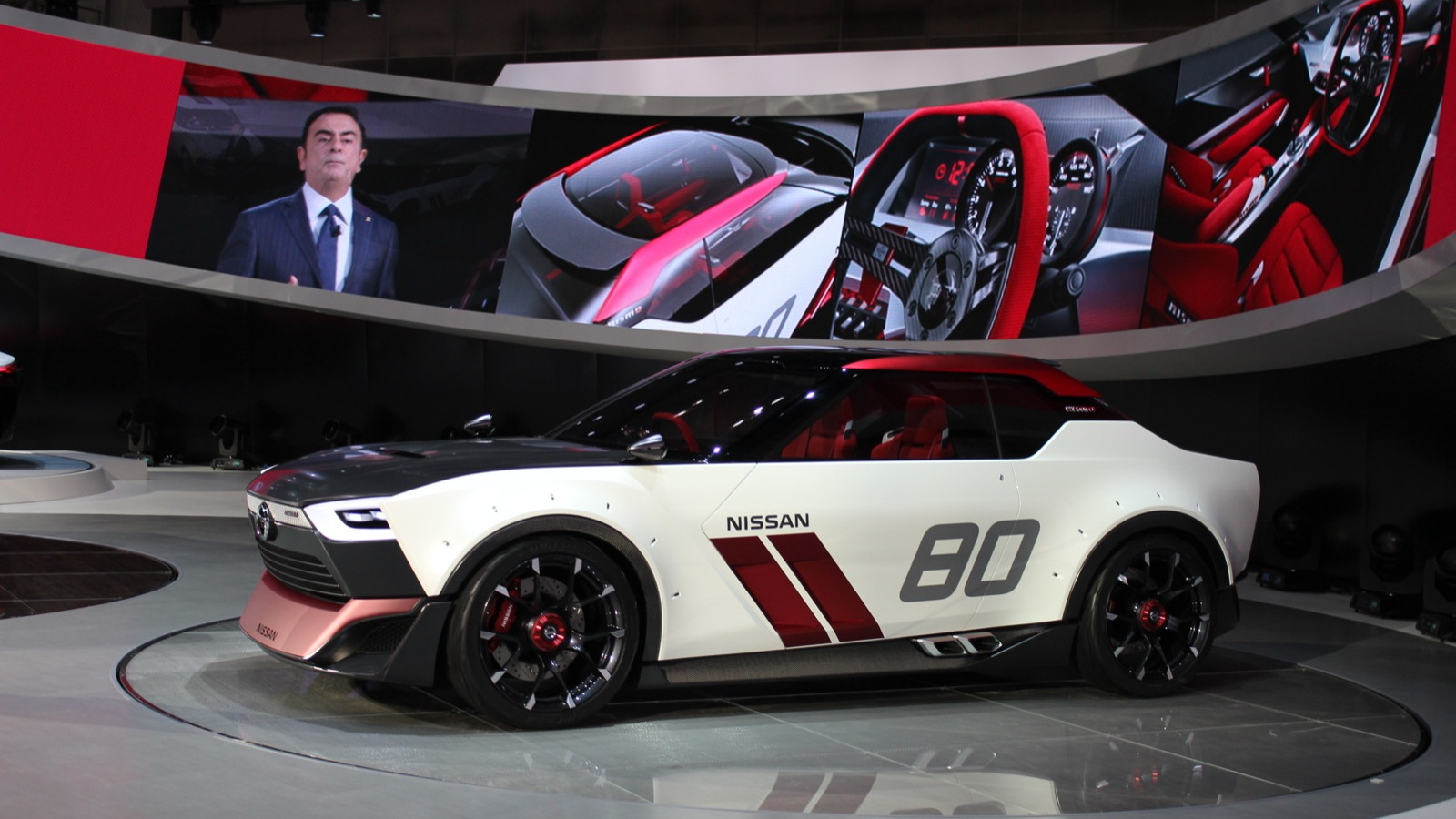 10
photos
It's not often that concept cars get a chance to hit the streets, but if your name is Jay Leno people are willing to make concessions. The concept car in question is Nissan's IDx concept, revealed out of the blue at last year's Tokyo Motor Show.

Rumors had persisted of a front-engined, rear-drive Nissan to rival the Scion FR-S and Subaru BRZ, and the IDx was Nissan's answer to those rumors--a three-box, front-engined, rear-drive coupe aimed at the lower end of the market. Styling evokes that of the popular Datsun 510 of the 1970s, but there's more than a hint of Nissan's "Hakosuka" GT-R of the late 1960s in the Nismo variant.

It's the Nismo that Leno gets to drive, but not before a chat with Giovanni Arroba, Nissan's Creative Design Manager. Arroba walks Leno through some of the IDx Nismo's design elements, from the anodized finish on the roof rails, BRE-style graphics and front airdam, through the bolt-on-style fenders, to the car's carbon-fiber rear end. Leno revels in the car's distinctive Japanese styling, which stands apart from anything Nissan currently sells.

Out on the road the fragile concept isn't pushed too hard and there's no traditional burnout here. There is an accidentally-opened door though, which brings understandable panic to Arroba's face--an eventual production IDx might be priced at a reasonable level but concept cars typically cost a fortune to produce. In Nismo trim, the concept uses a 1.6-liter turbocharged gasoline engine, though it remains to be seen what Nissan will drop in any production version. Sadly, some of that styling may be toned down too, and the concept's rear-view cameras--positioned in fender-mounted mirrors--are also unlikely to survive. Still, that's a sacrifice we're willing to make for a proper production version from Nissan...