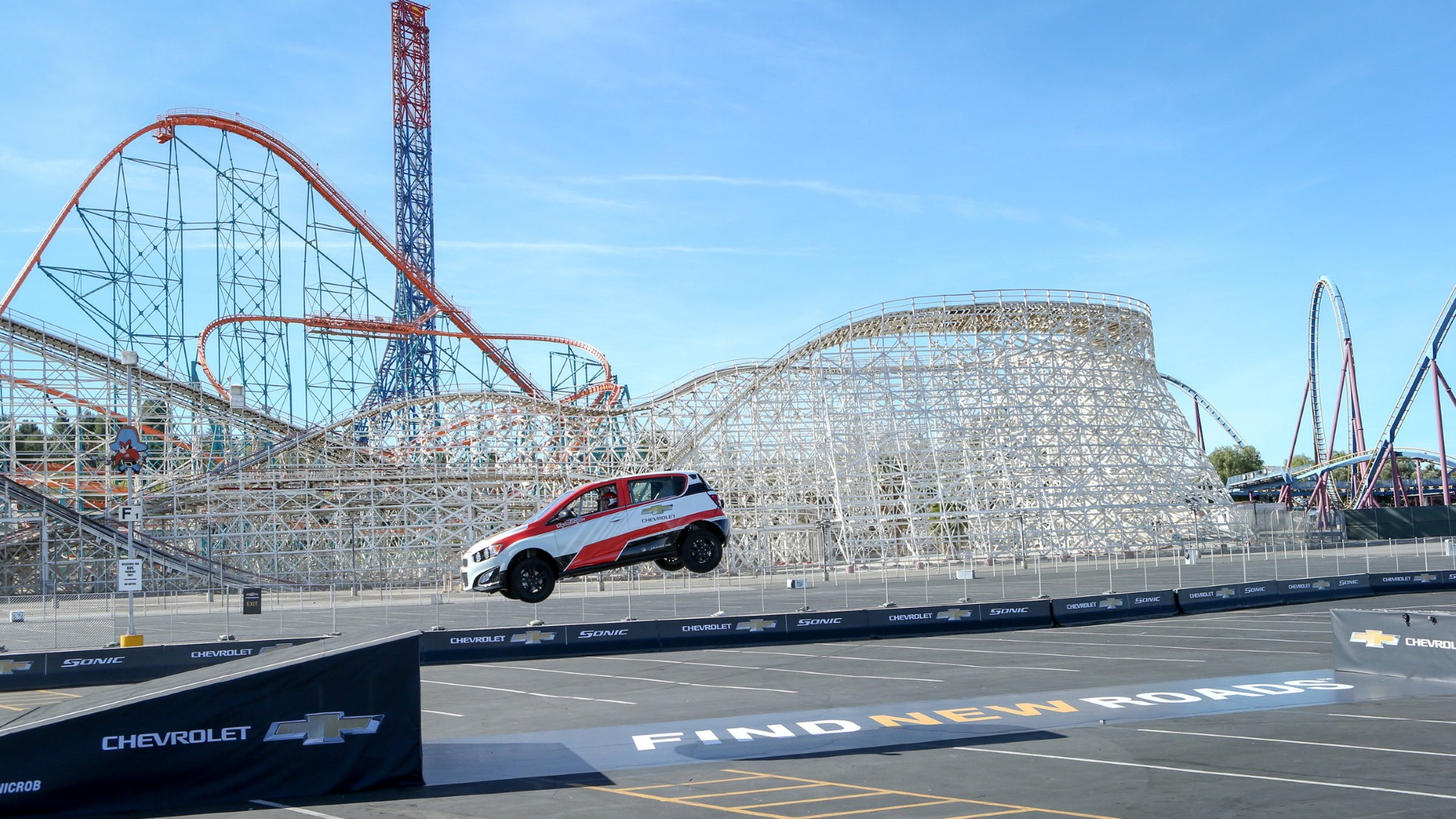 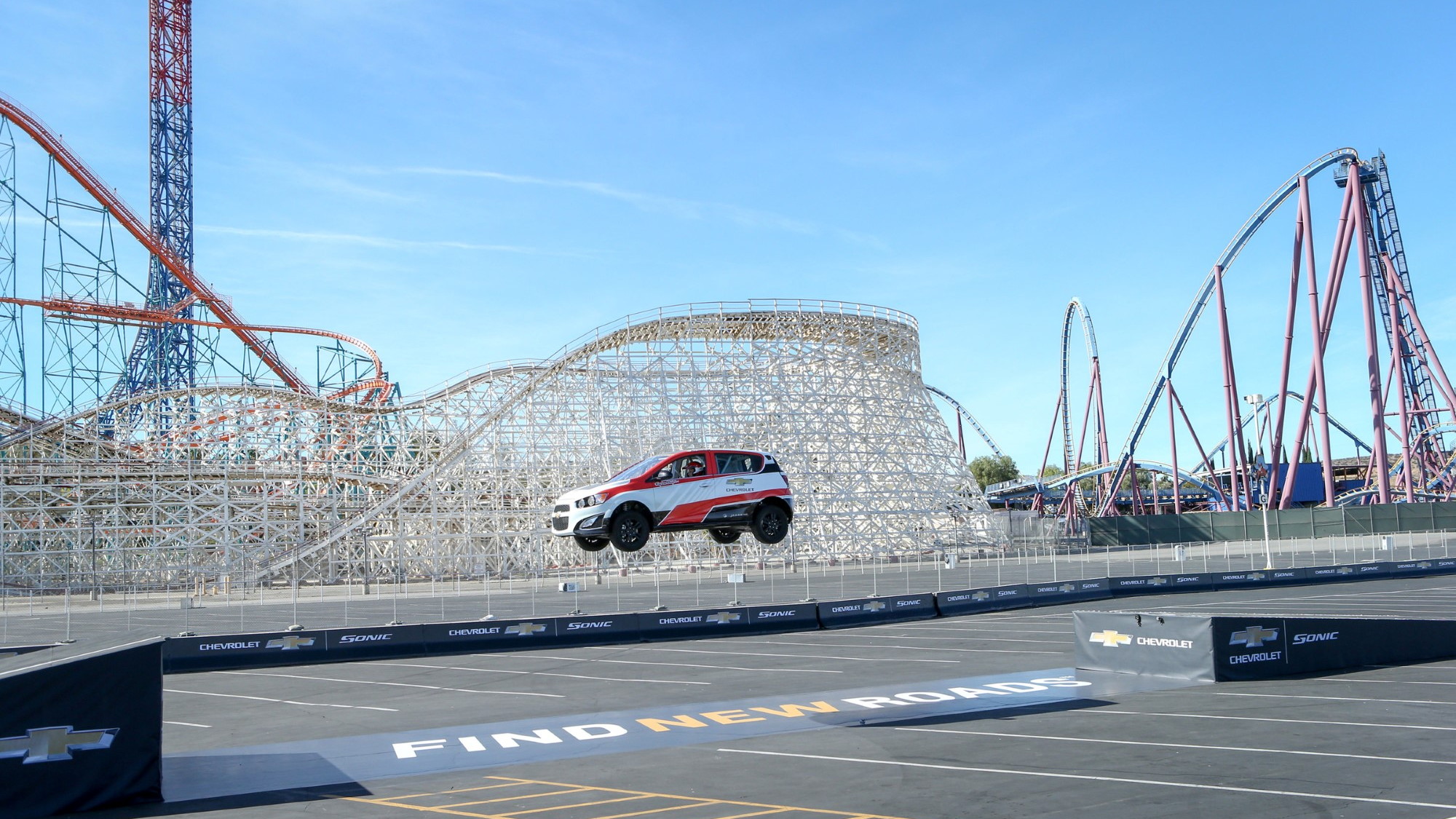 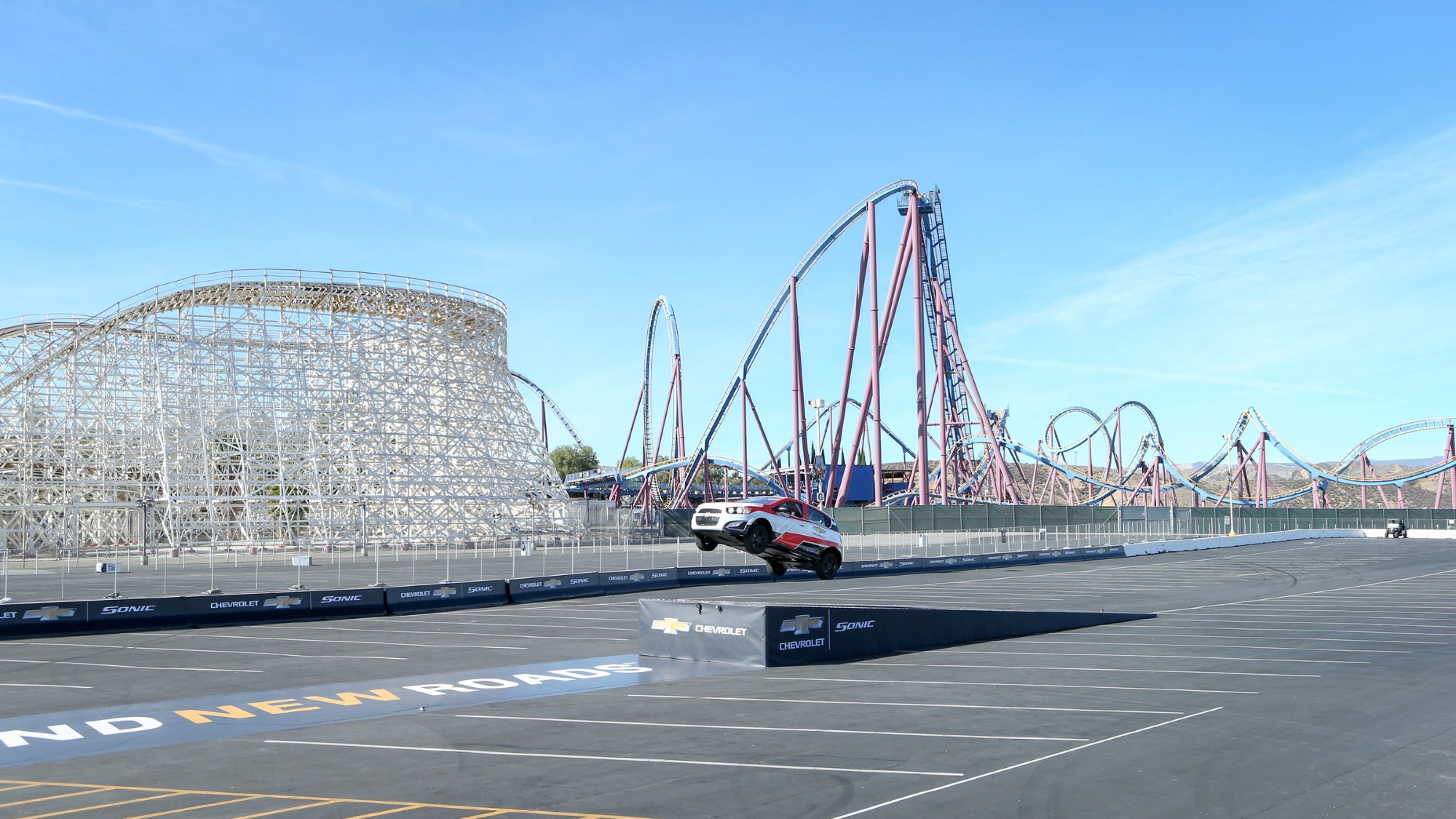 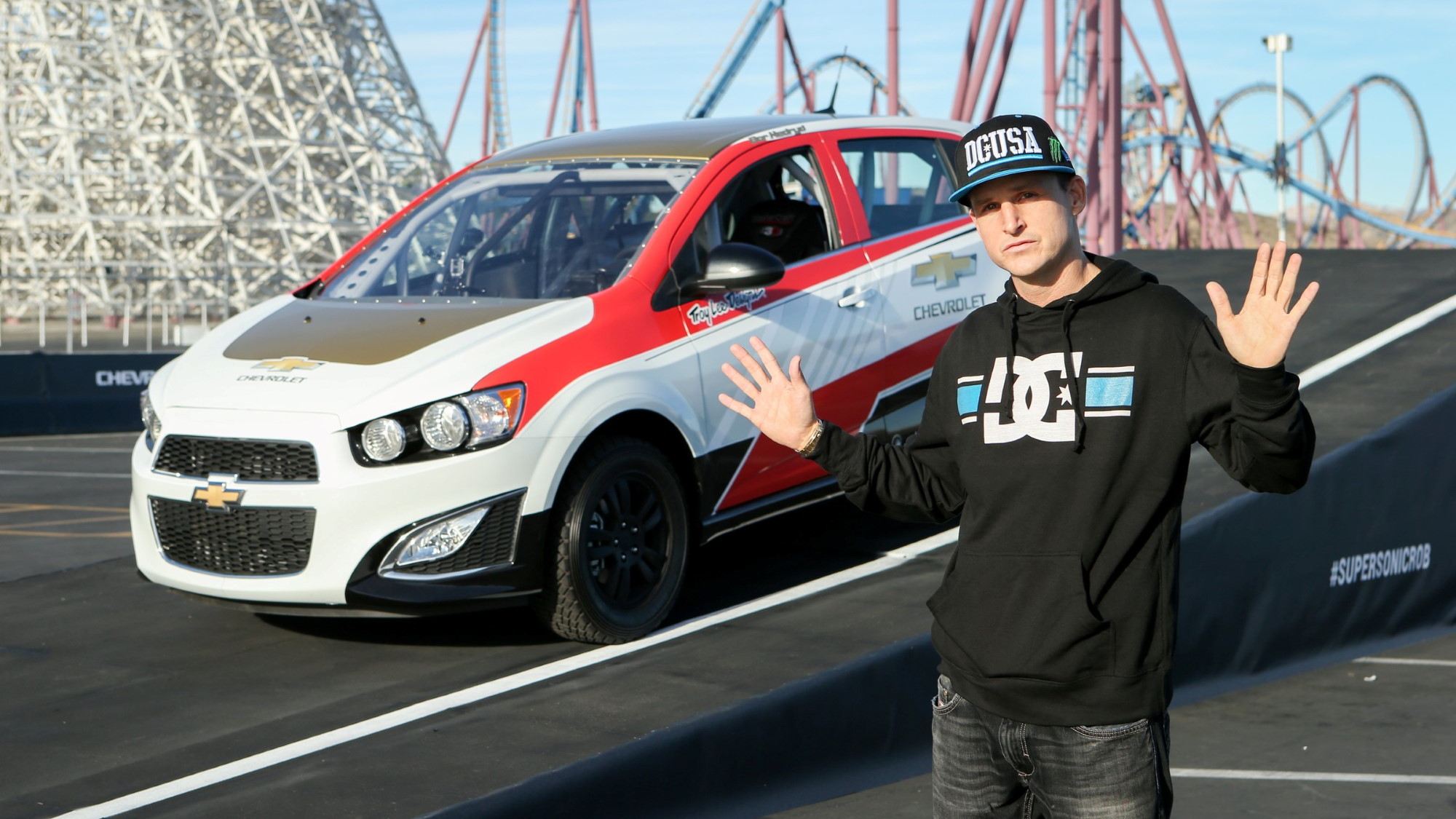 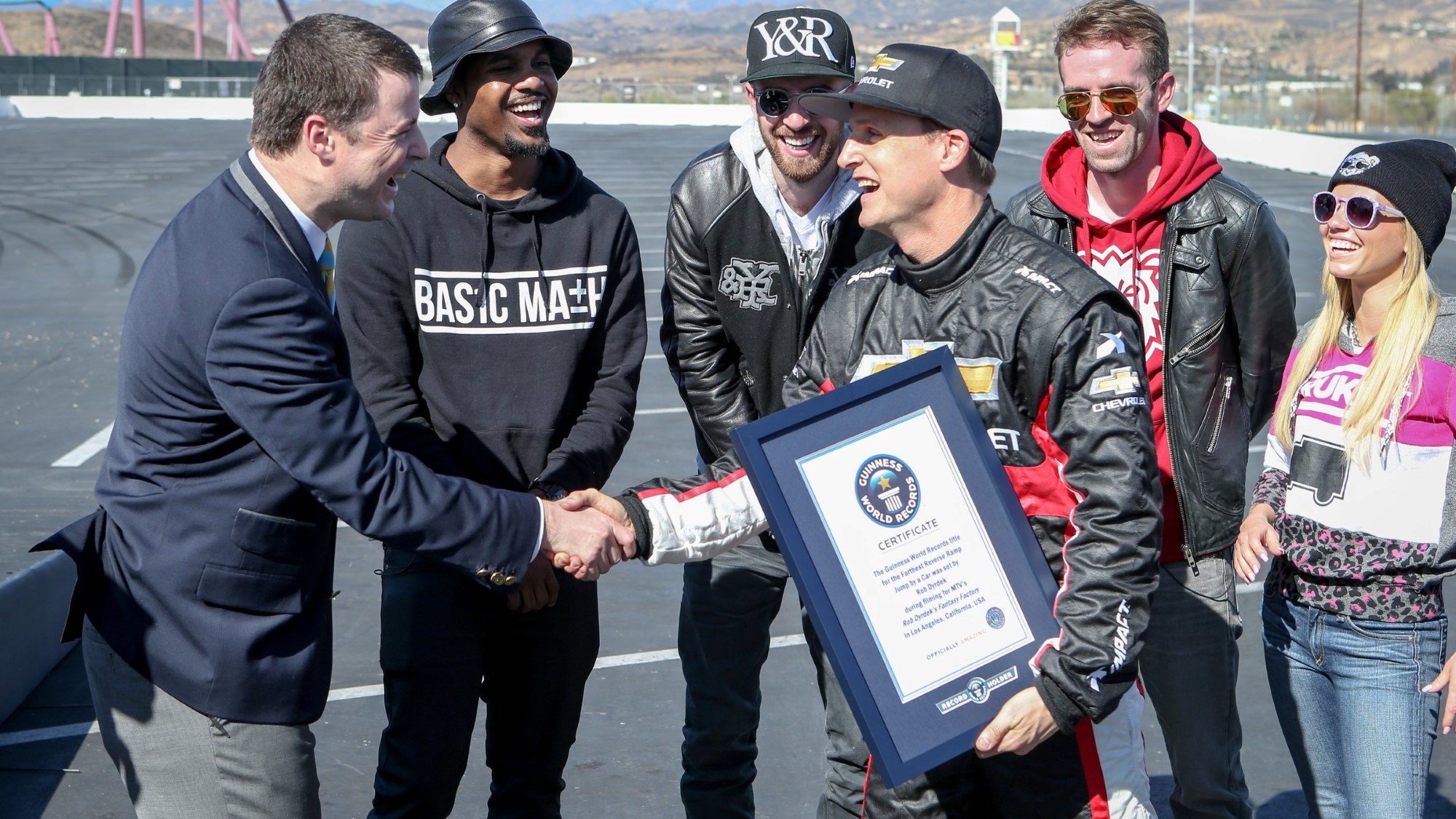 13
photos
Jumping cars is tough. Television and movies make it look simple to the point we've been desensitized, but it's no mean feat to jump and land a car--and that's when it's going forward. Doing it in reverse? That's just crazy.

In an ongoing list of rather ridiculous Guinness World Record stunts for the Chevy Sonic, Dyrdek took the pint-sized hatch to a new one, slamming the limiter in reverse across a set of ramps and through the air, tail-first in a 2014 Sonic RS. The distance? 89 feet.

If you're trying to find logic, relevance, or other value here, you're wasting your time. But man, that looks fun.