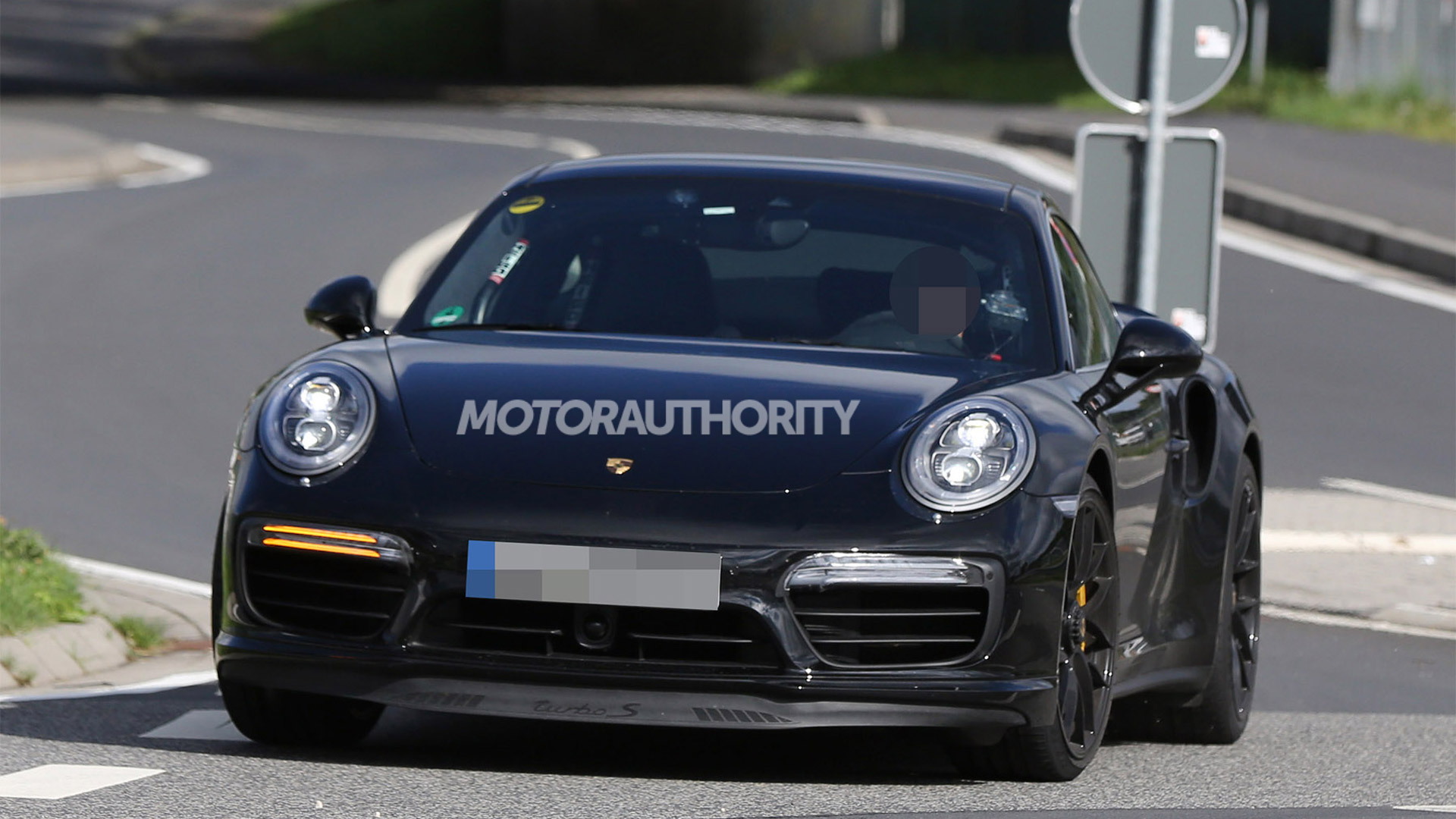 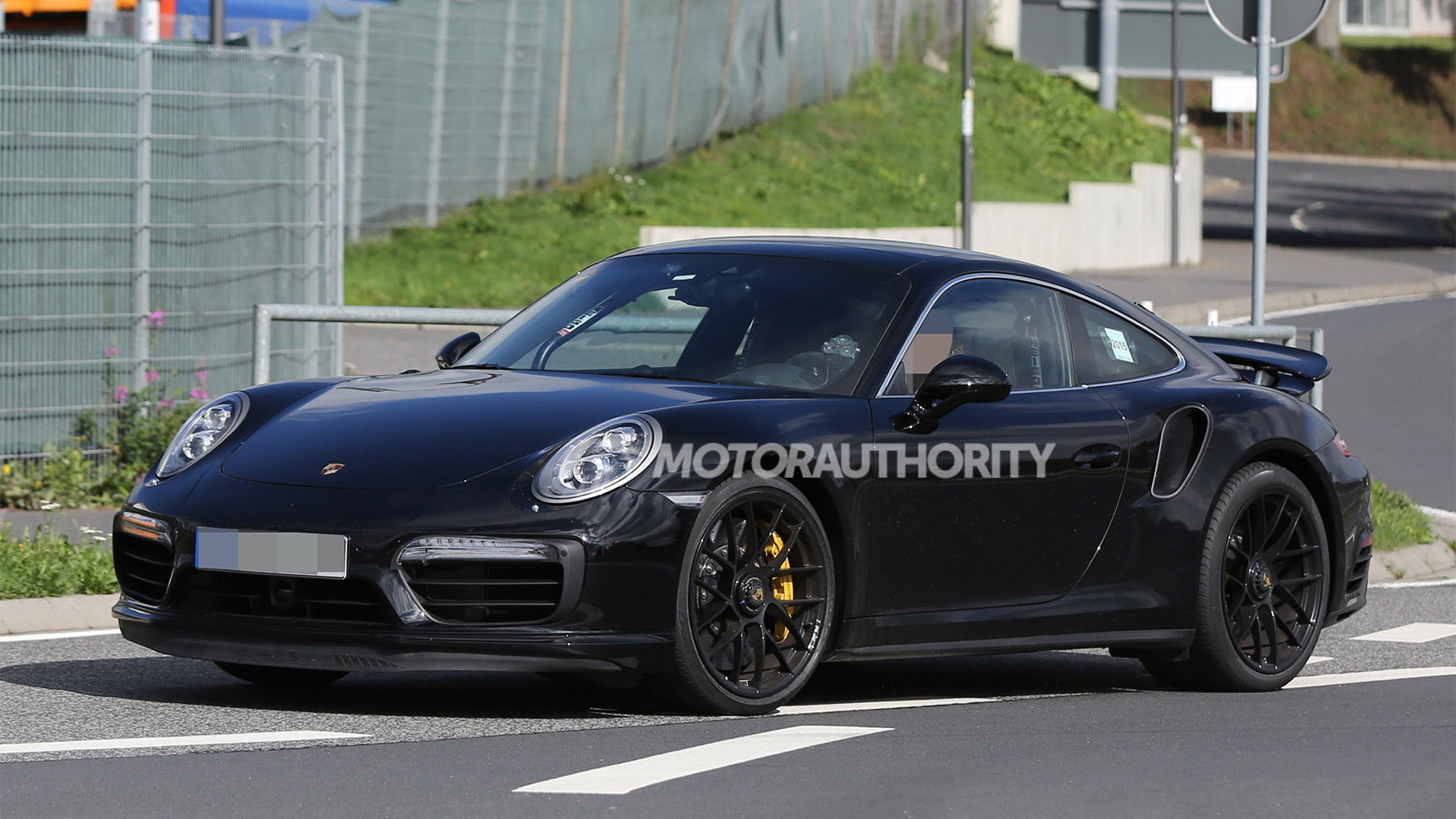 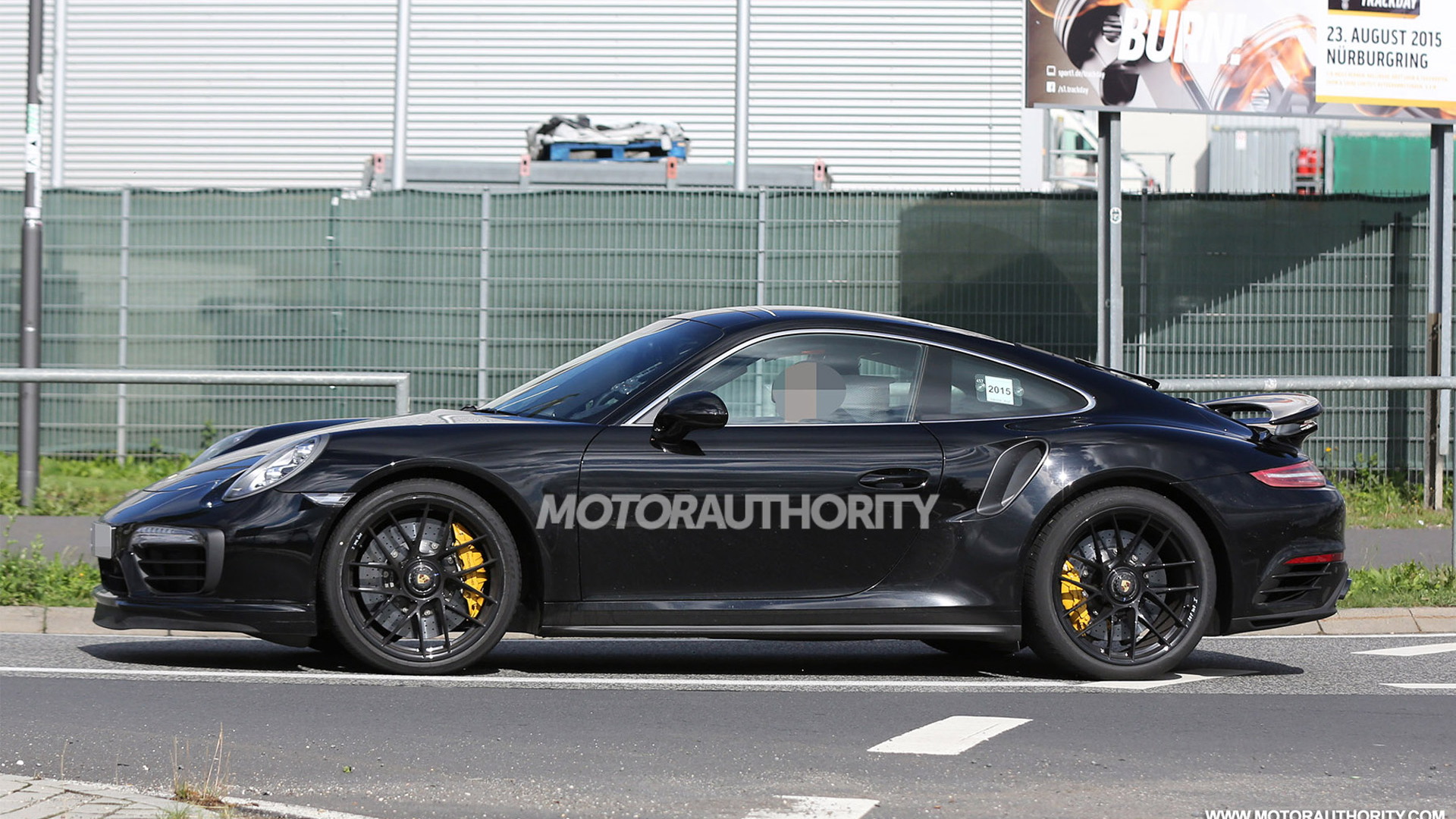 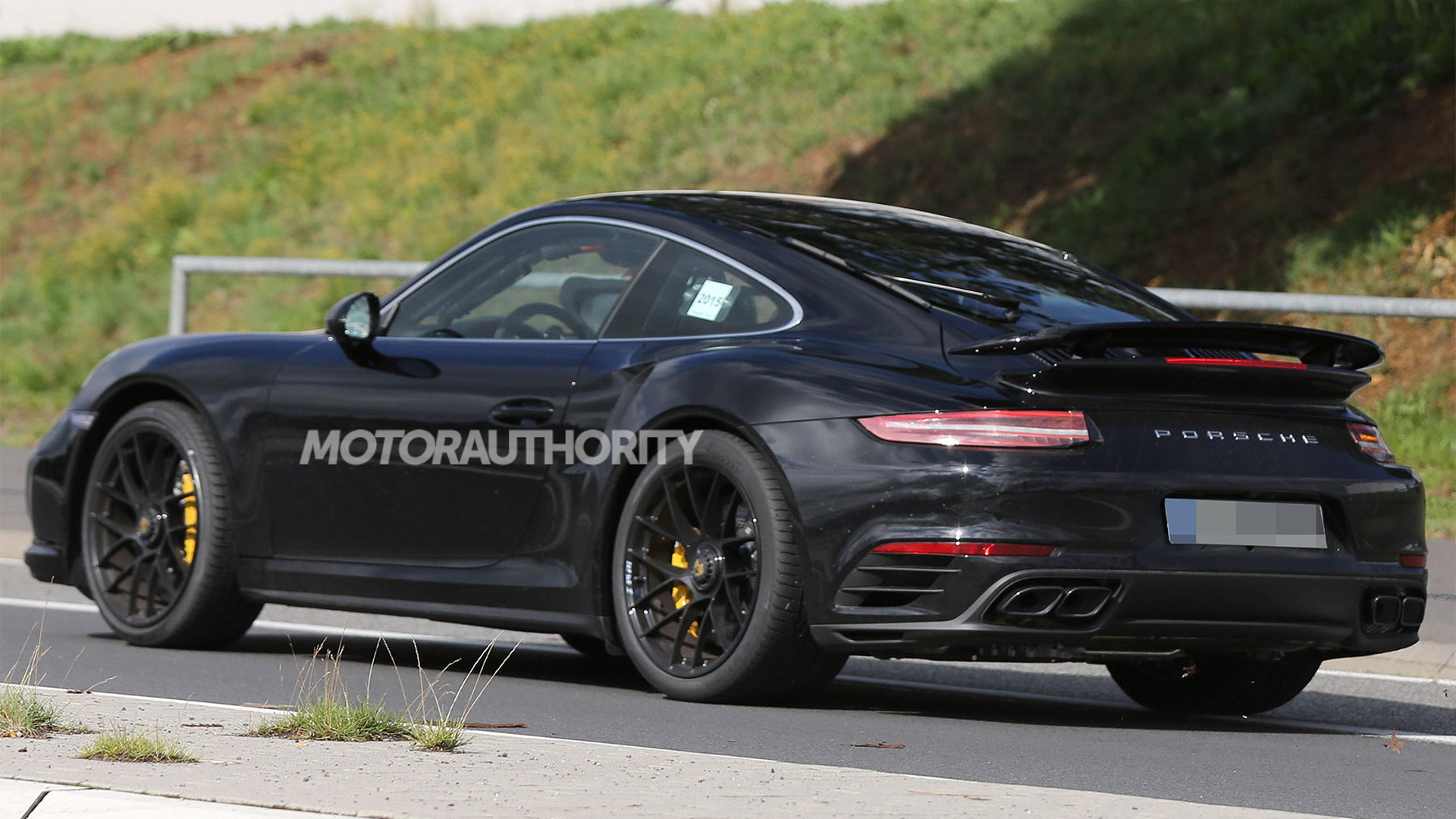 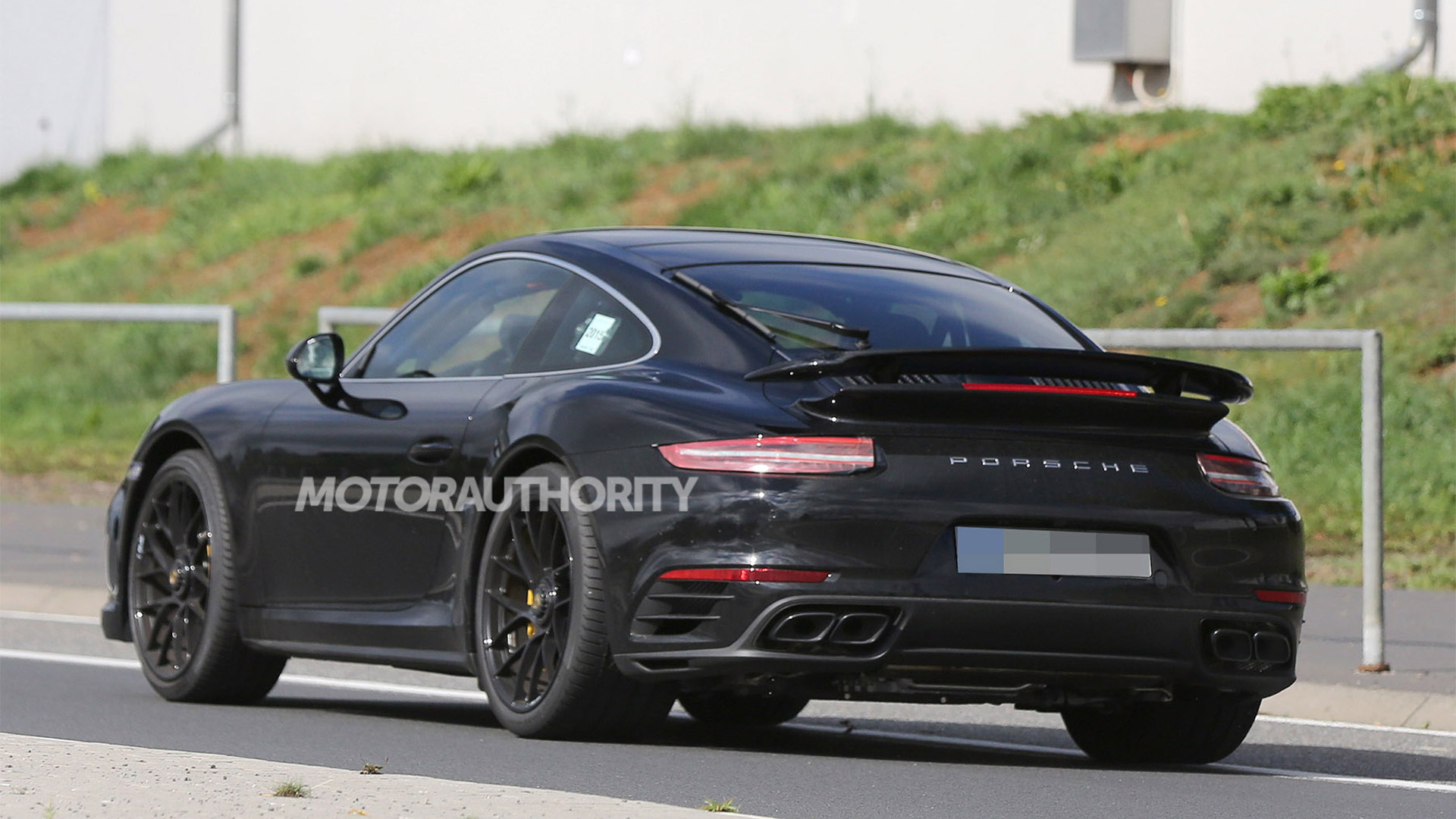 Porsche is introducing a mid-cycle update across its 911 range and used this week’s Frankfurt Auto Show to unveil the first of the updated cars, which in this case were the entry-level Carrera and Carrera S. The next one to arrive will be the high-performance Turbo, prototypes for which we’ve been spying for over a year.

The information was revealed by Porsche engineer August Achleitner in an interview with Auto Express.

Currently, the Turbo puts out 520 horsepower while the sportier Turbo S delivers up 560 hp. Considering the latest Cayenne and Panamera Turbo S models are each delivering 570 hp, we’re sure Porsche will be keen to give the performance edge to its iconic 911 by upping the output. Look for output of the updated Turbo and Turbo S to each rise by about 20 hp.

The cars will also benefit from some very subtle styling tweaks as well as a new steering wheel design and the latest Porsche Communication Management infotainment system. The latter comes with a 7.0-inch touchscreen display, Apple CarPlay smartphone integration, and enhanced navigation with real-time traffic info and integration of Google Earth and Google Streetview.