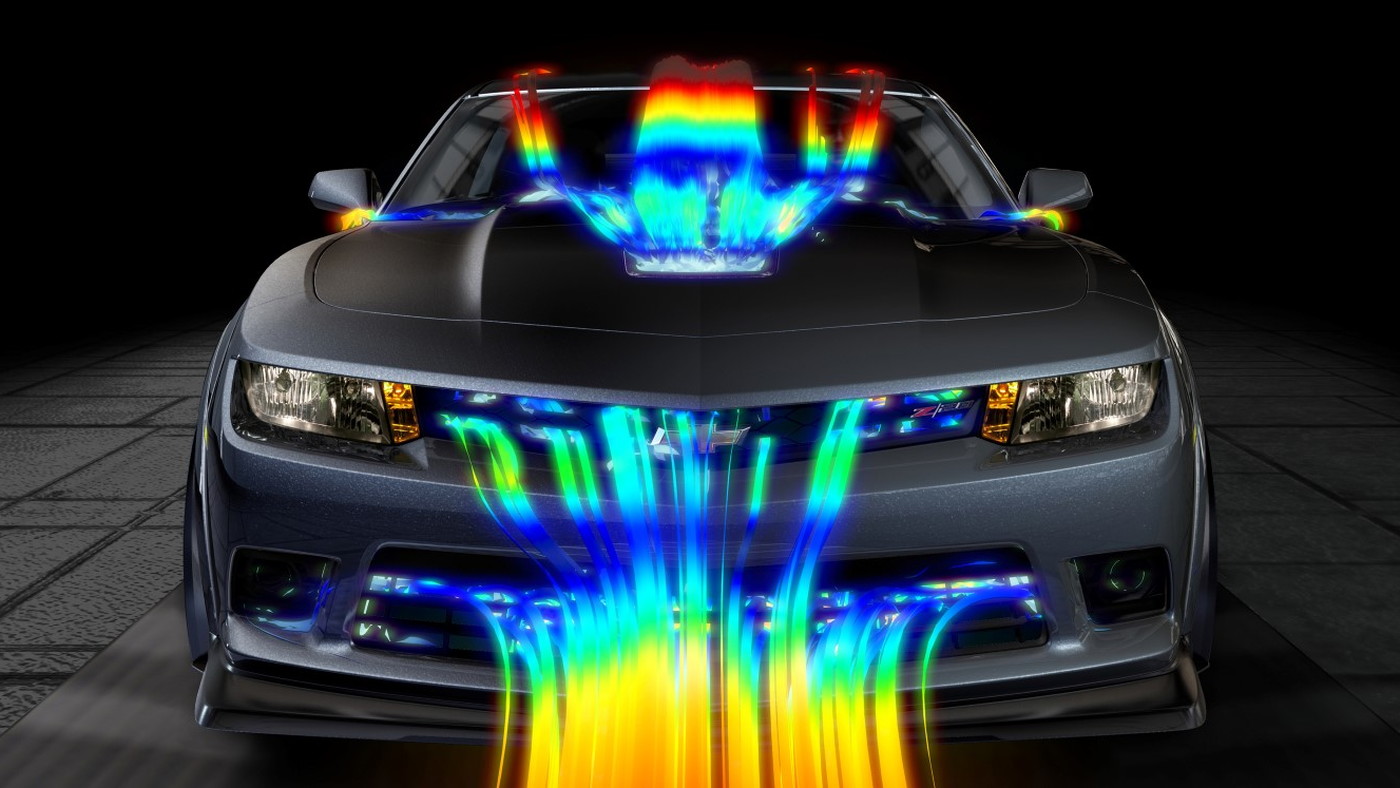 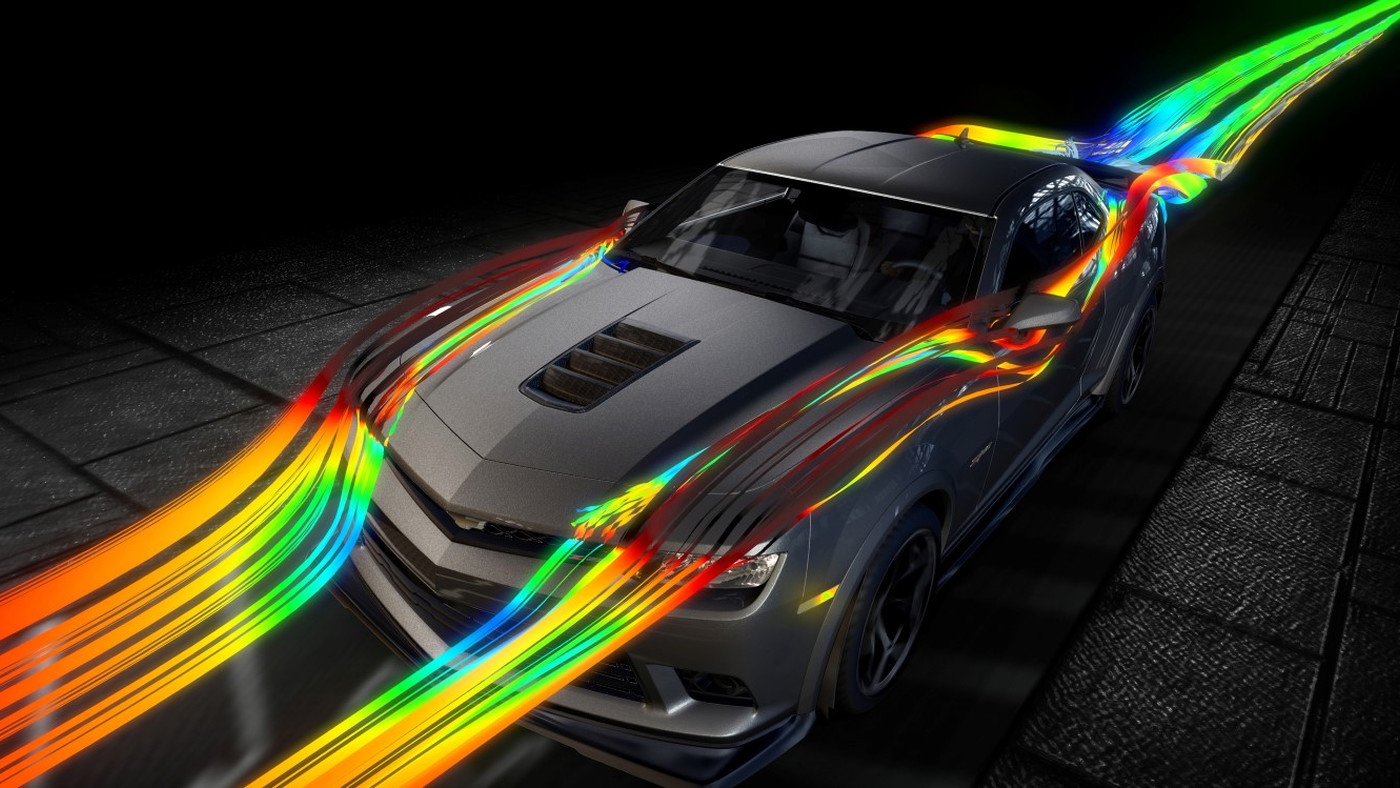 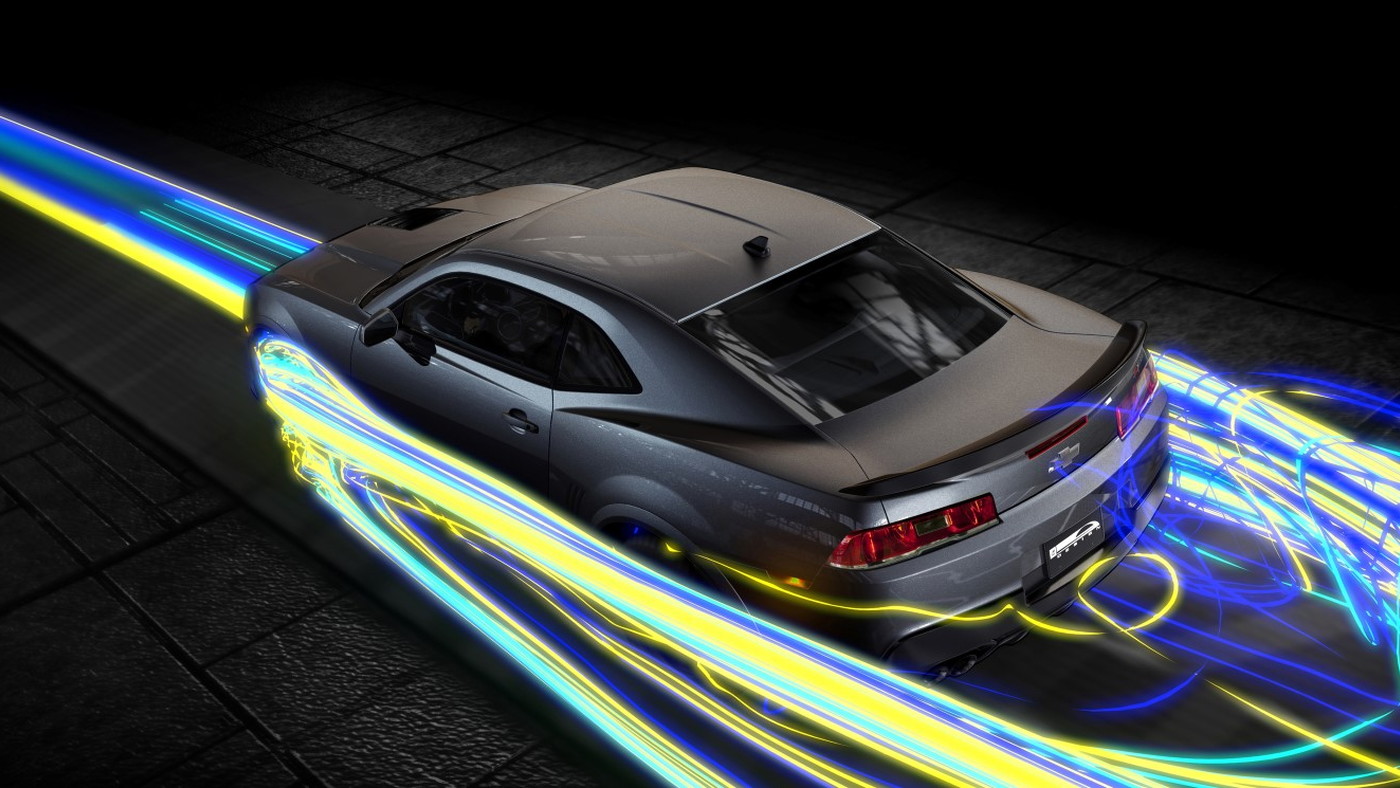 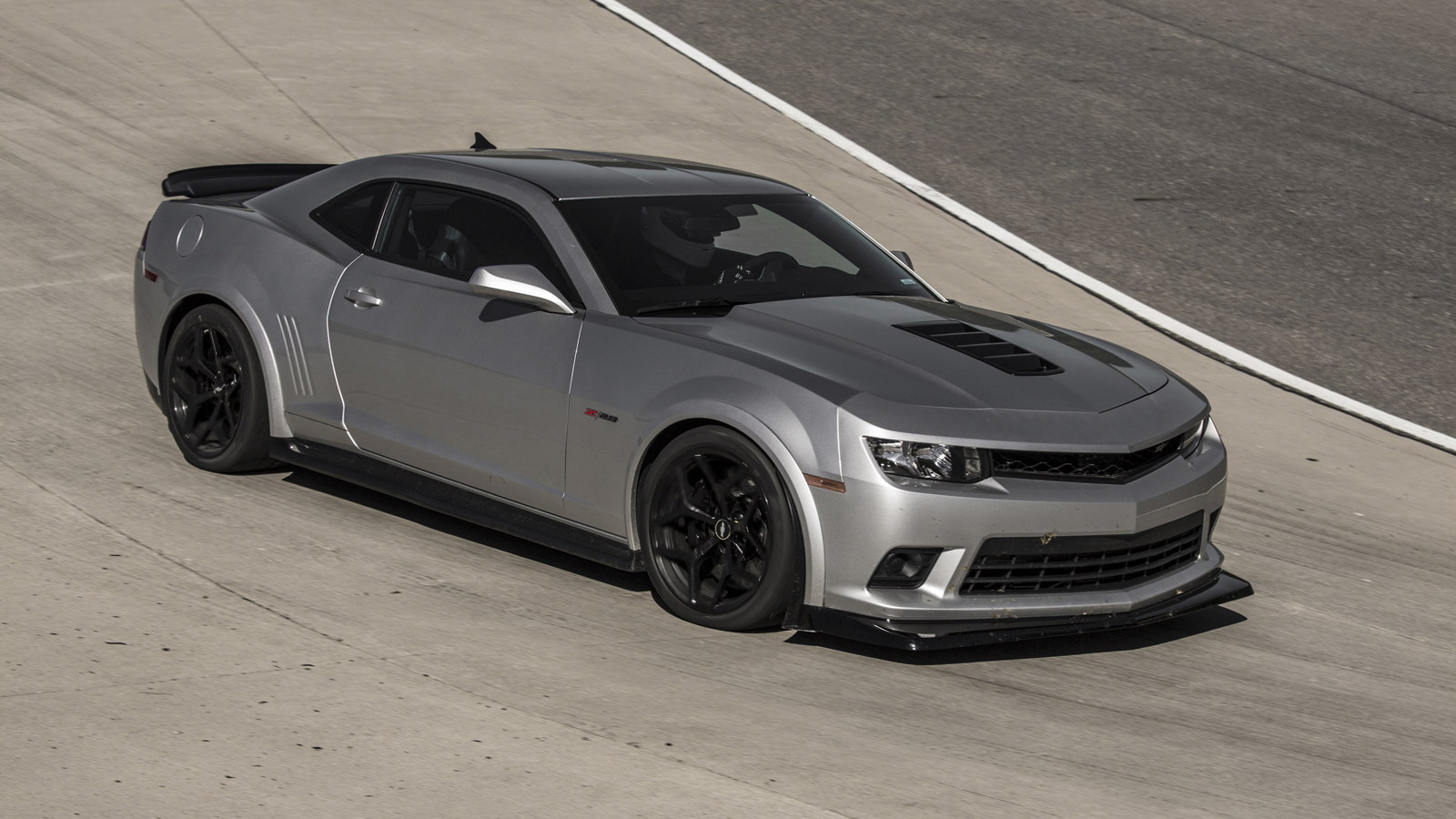 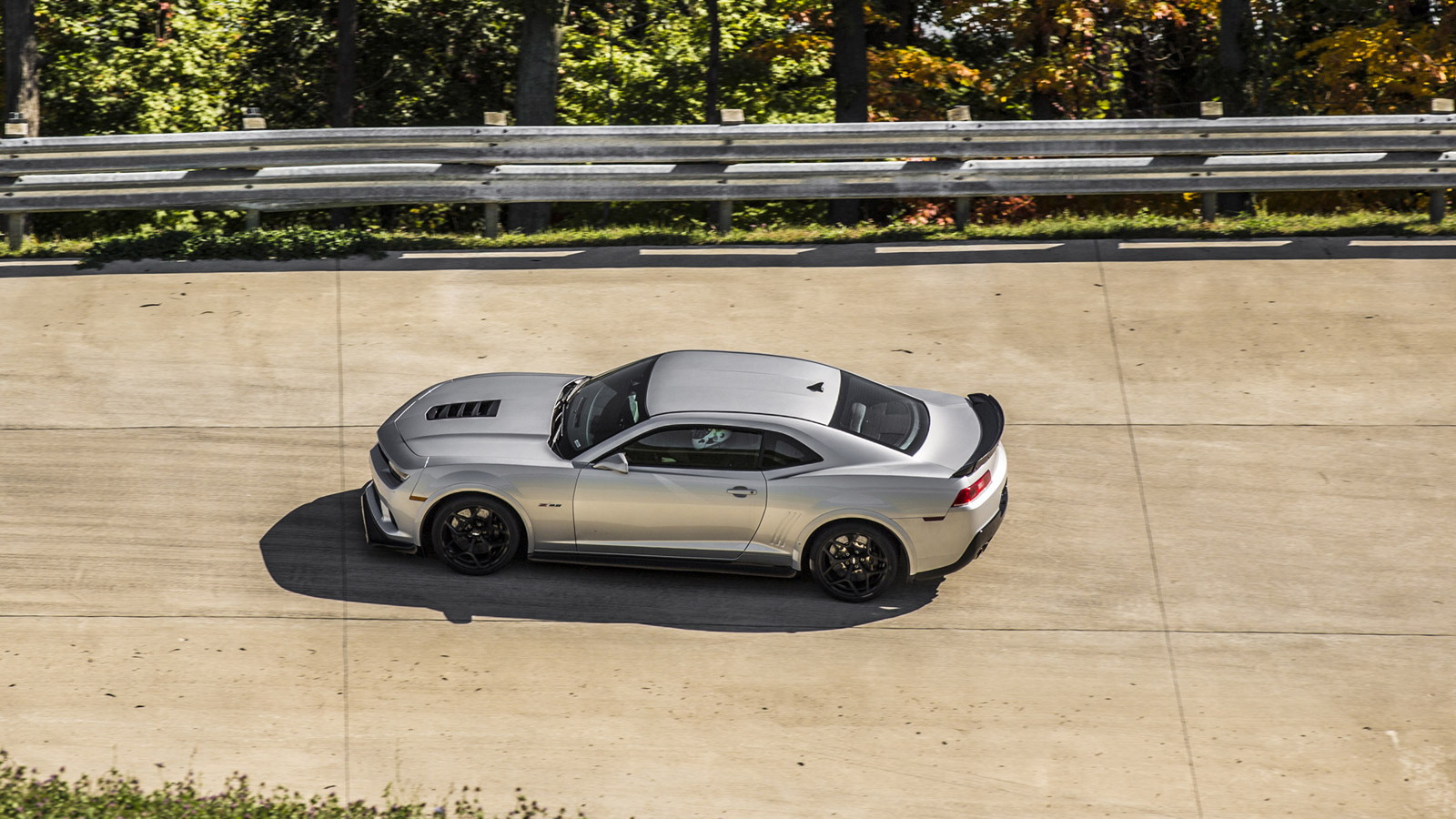 13
photos
Muscle cars and pony cars have never been the most sophisticated of things. For most of their history, they've relied on great looks and brute force--and captivated hearts and minds as a result.

More recently though, things have changed. Customers want their cars to go around corners too, so Mustangs, Challengers and Camaros have become more sophisticated as a result. Latest into the fray is the 2014 Chevy Camaro Z/28, more track-focused than ever and, according to GM, a car capable of developing real aerodynamic downforce at higher speeds.

MUST SEE: A Pagani Pair Take To Goodwood - Video

Several alterations have been made to the Z/28 over the Camaro SS, so despite outward similarities the two are surprisingly different at speed. Wind tunnel testing and computational fluid dynamics have helped Chevrolet develop a car with 440 pounds more downforce at 150 mph than the SS--a car that generates slight lift at that speed.

Starting at the front, a new splitter can withstand 250 pounds of downforce at its tip. Combined with an 'aero closeout panel' under the front of the engine compartment and molded-in aero features in front of the wheels, aerodynamic characteristics are improved significantly. At the back, this is balanced by a new rear spoiler with 'wickerbill'--a small vertical tab at the edge of the spoiler, reducing lift and improving high-speed stability. A carbon fiber hood extractor vent helps improve cooling and also allows air channeled through the grille to exit over the car--rather than exiting out the bottom of the engine compartment, increasing lift.

Other changes include new rocker moldings, wheel house extensions and front tire deflectors, all encouraging air to flow where the designers intended, rather than increasing drag and lift. A flat belly pan aids this further, and incorporates modified NACA ducts to channel air past areas affected by heat from the exhaust. Even the Z/28's distinctive grille is different from that of the SS, with covers for the deleted fog lamps, an airflow-optimized upper grille, and a modified lower inlet that incorporates provisions for the brake cooling ducts.