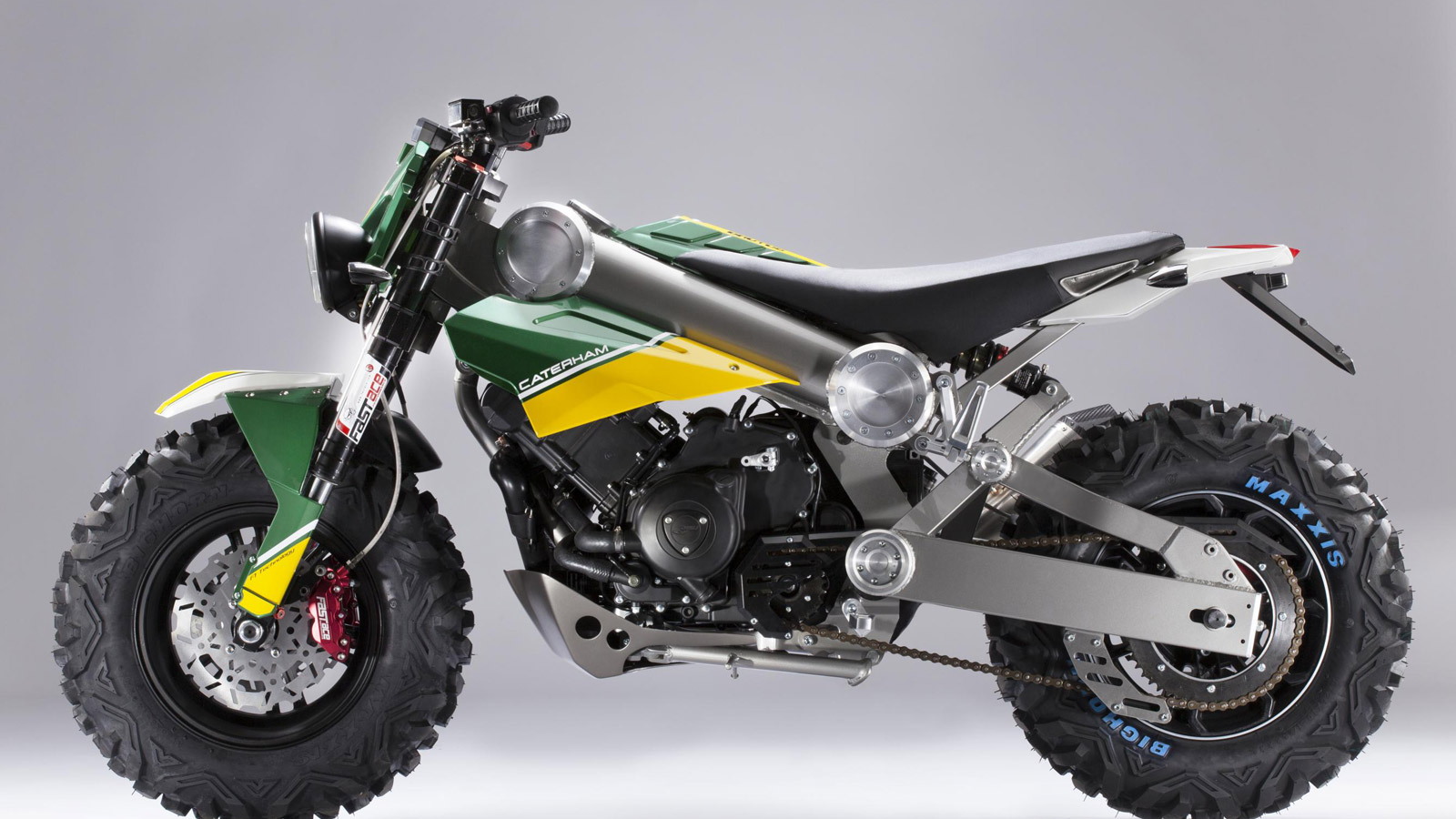 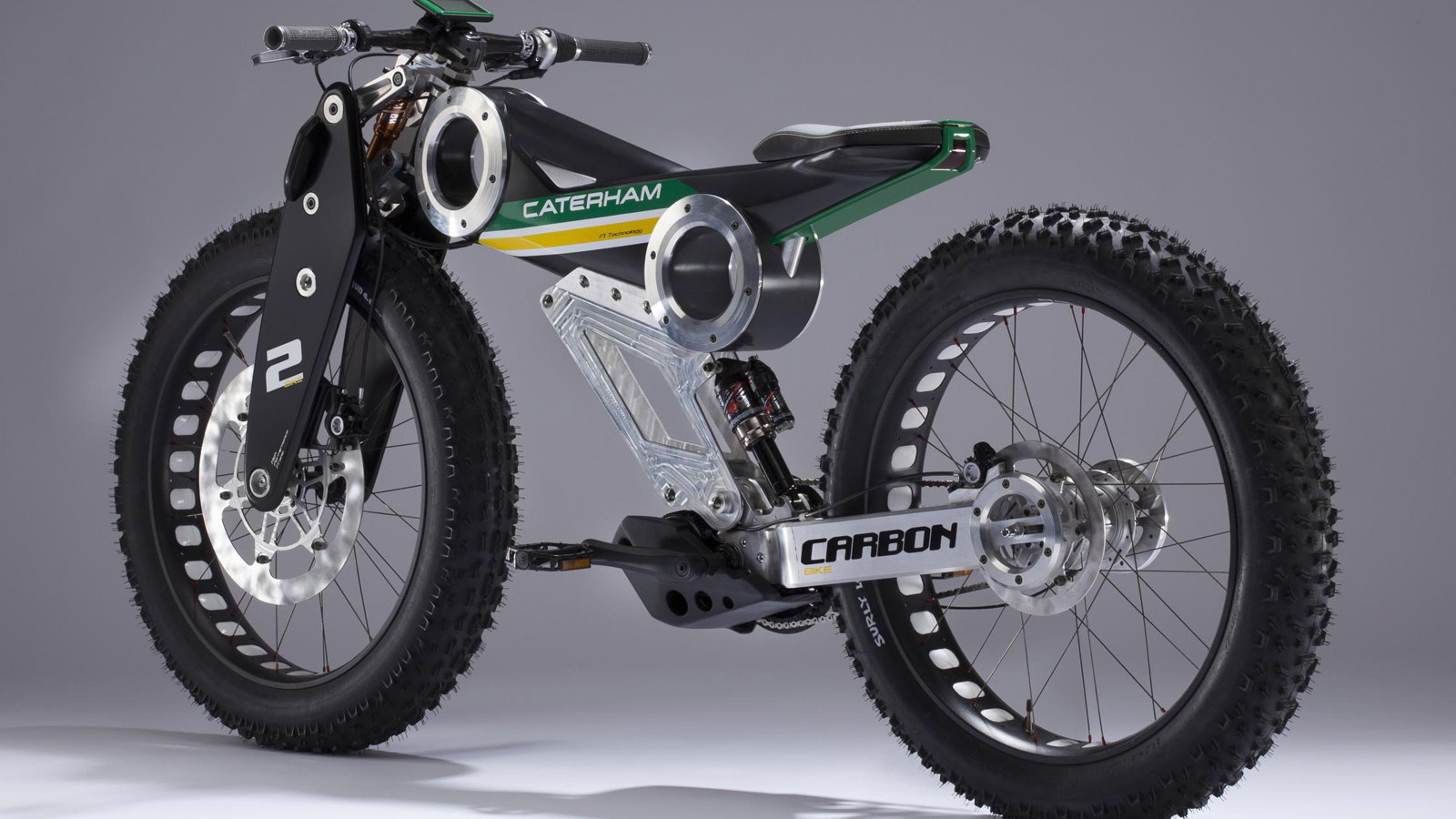 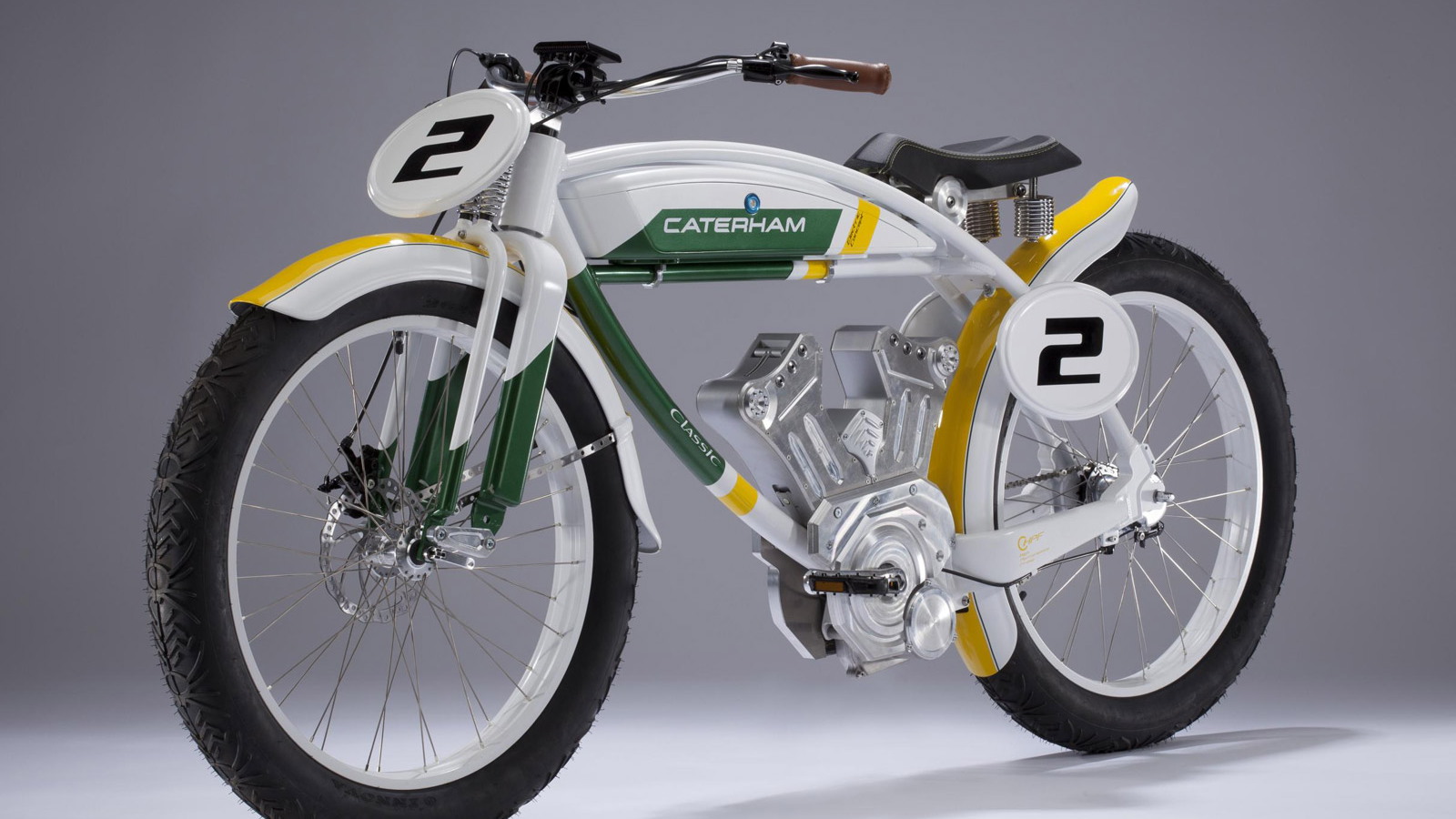 4
photos
Not long ago, Caterham was a barely known entity churning out a handful of Lotus Seven roadsters per year. In 2006, a group of ex-Lotus executives took over the company and ran it until 2011 when it was bought by Malaysian businessman Tony Fernandes. Since then, Fernandes has entered Caterham into a number of motorsport categories, including Formula One, launched a number of new divisions, and expanded the company into the road car business.

Today, Caterham has announced it is adding one more division to its portfolio of businesses, Caterham Bikes. As the name suggests, Caterham Bikes will focus on two-wheeled modes of transports, initially launching three products: the Brutus 750, Carbon E-Bike and Classic E-Bike.

The Brutus 750 is described as the “SUV of motorcycles” and can even be converted into a snowmobile. It also features an automatic transmission. The other two bikes are both electric, with the Carbon E-Bike featuring styling inspired by F1 technology. Sales of the new range will commence next year.

The iconic Seven roadster is fondly referred to as the closest experience to motorcycle riding on four wheels, so this move, the brand’s first foray into bikes, is a natural step and follows the launch earlier this year of the Caterham Moto2 race team. The strategy caters for the growing demand for environmentally-friendly and multi-purposed, two-wheeled vehicles, but also a way to leverage Caterham’s participation in Moto2. Note, earlier this year a German firm announced plans to launch its own motorcycle division using the Lotus name.

Running all of the separate divisions as CEO is Graham Macdonald, who previously headed Caterham Cars exclusively. He will report to Tony Fernandes, who remains co-chairman along with business partner Kamarudin Meranun.

Recently, Caterham showed a concept dubbed the AeroSeven, which previews a new track car the company plans to launch in the next year.  It is the first project to feature input from every corner of the Caterham Group and signals the company’s clear intent to turn a niche British automotive institution into a truly global brand. It will be followed by a road-going sports car being developed with Renault, and eventually Caterham plans to launch an SUV and sporty city car.