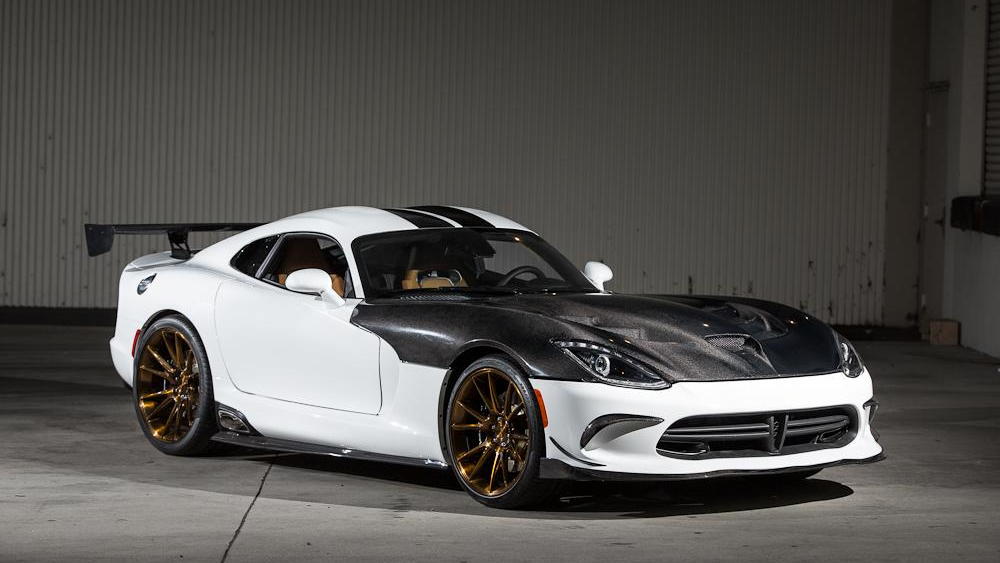 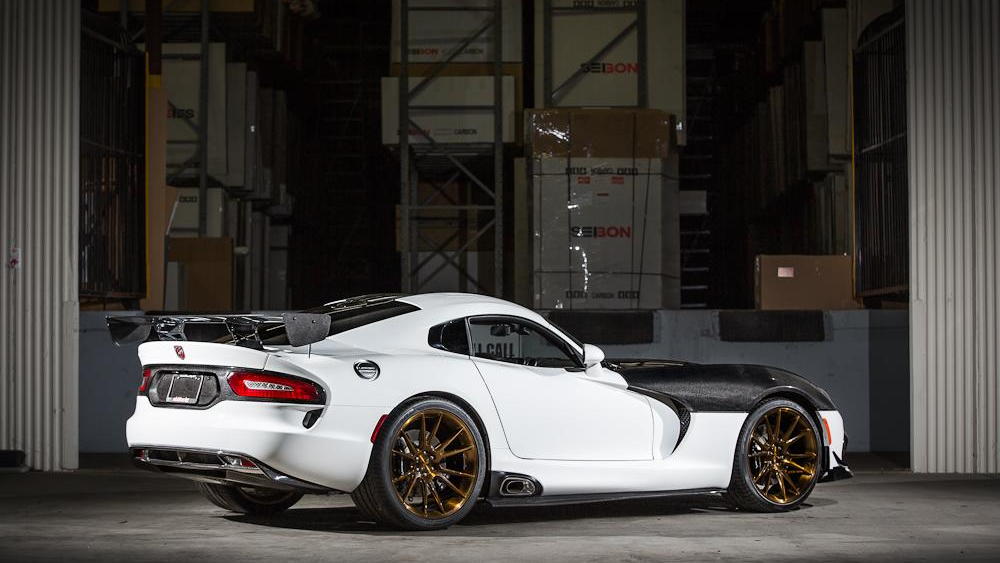 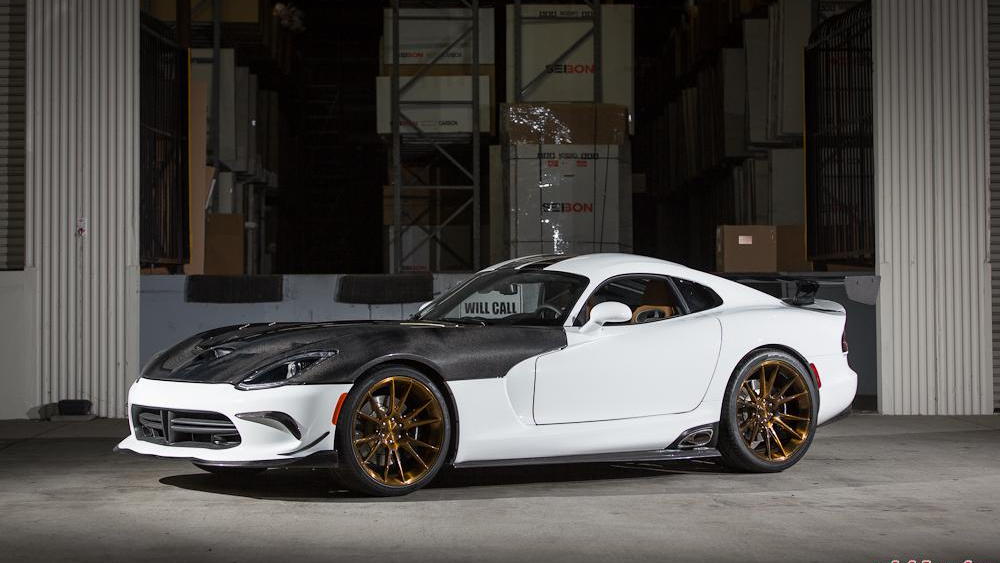 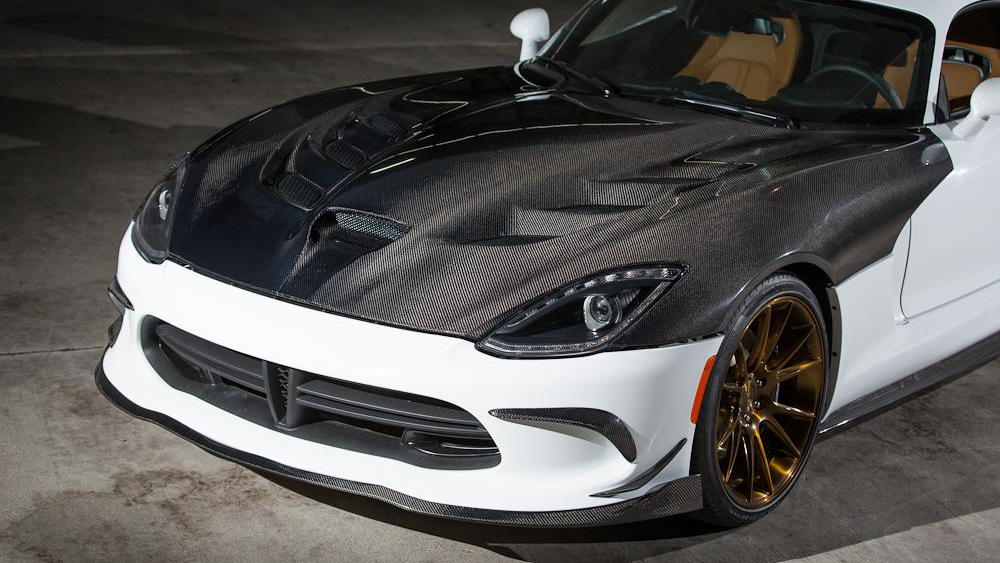 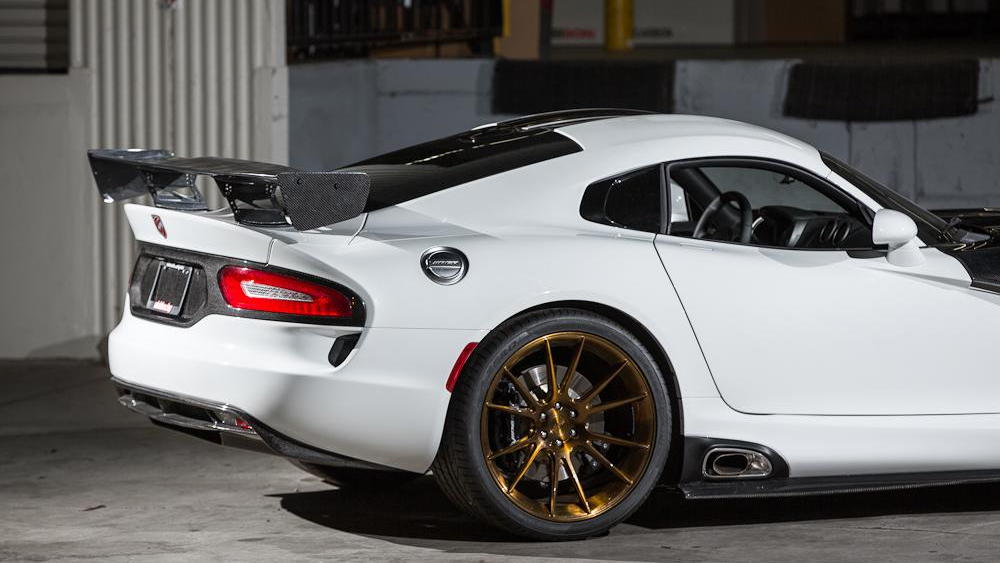 6
photos
It's hard to stand out among the customized cars at the annual SEMA show in Las Vegas, but Vivid Racing's 2013 SRT Viper shouldn't have a problem doing that. That's because this sleek snake is covered in carbon fiber pieces from Seibon.

The most noticeable bit is probably the massive carbon fiber hood, which is made in one piece thanks to Seibon's custom weave design. The Viper is also adorned with a carbon fiber front lip, canards, side skirts, a diffuser, and a rear wing. The unpainted pieces are hard to miss against this particular Viper's white bodywork.

In keeping with the theme, the Vivid Racing car also has the carbon fiber taillight surround that's optional on the stock SRT Viper. Other modifications include Agency Power intake and exhaust sytems, and Niche wheels wrapped in Pirelli tires.

Vivid Racing isn't saying whether its Viper's aluminum 8.4-liter V-10 will make more than the stock version's 640 horsepower and 600 pound-feet of torque, but it should at least be pulling a little less weight.

For the latest SEMA updates, check out our dedicated hub.