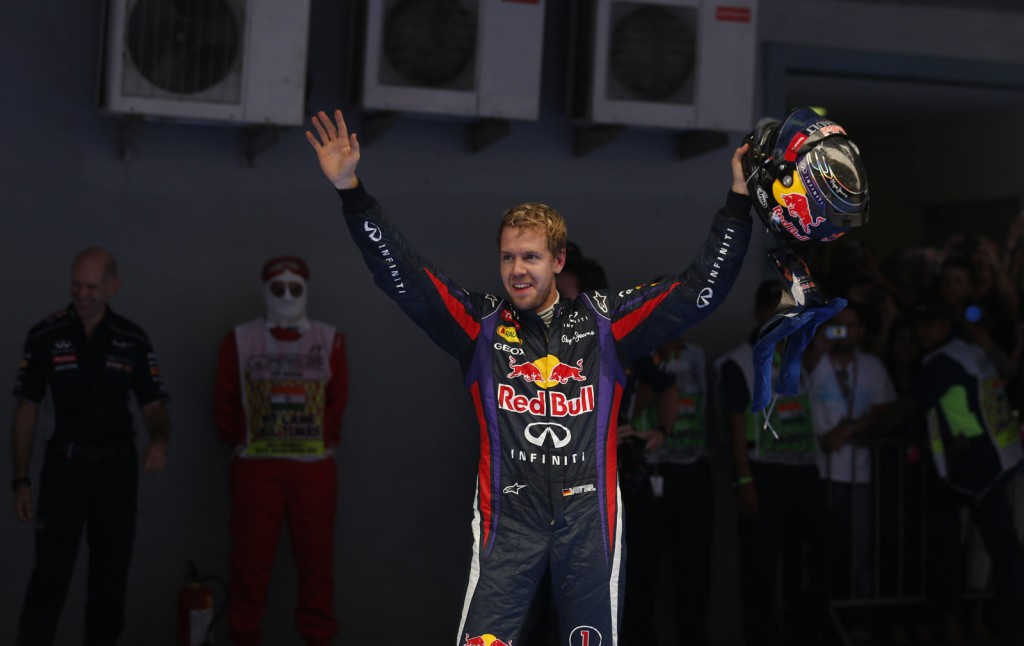 The stunning run of Red Bull Racing’s Sebastian Vettel in the 2013 Formula One season showed no sign of slowing yesterday after the German won the Indian Grand Prix and in the process secured his fourth consecutive world championship. This puts the 26-year-old in an exclusive league of drivers that includes Juan Manuel Fangio, Alain Prost and Michael Schumacher, who each have won four or more titles.

"To join people like Prost, Fangio and Michael is unbelievable," Vettel said after winning his fourth title. "I think this is one of the best days in my life so far.”

Vettel, together with his Red Bull Racing team, dominated much of the 2013 season, scoring ten Grand Prix victories and 18 podium finishes to wrap up both Drivers’ and Constructors’ titles with three races still to go. He also dominated yesterday’s Indian GP after starting at pole. He was joined on the podium by Nico Rosberg, second for Mercedes AMG, and Romain Grosjean, who took his Lotus from 17th on the grid to third at the flag.

For Renault, which supplied the engine for all of Vettel’s wins, the title concludes the V-8 engine era on a high note. The French firm secured the first-ever title under the V-8 engine regulations in 2006 with its own F1 team, and now comes full circle to win the final title. 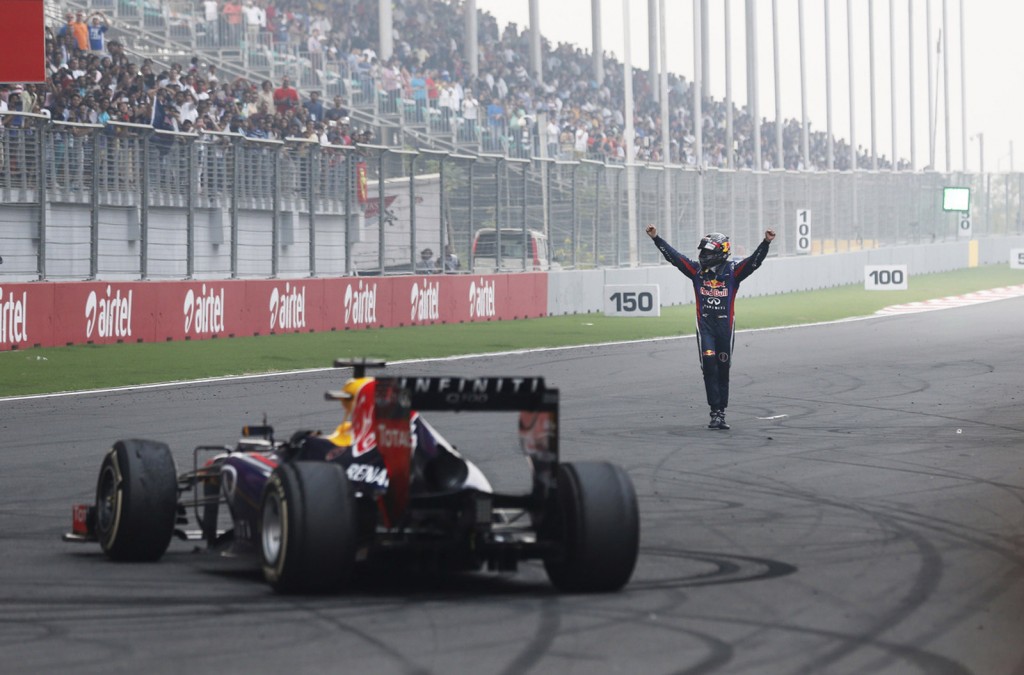 Yesterday’s Indian GP got off to a clear start. Ferrari’s Felipe Massa managed to move from fifth to go into second, passing the two Mercedes AMGs of Nico Rosberg and Lewis Hamilton in the process. Massa’s Ferrari teammate Fernando Alonso was held up by Vettel’s teammate Mark Webber and suffered some damage to his car that would hamper the rest of his race and see him finish 11th. Worse still for Webber, an alternator problem on lap 39 would see him retire from second place.

In the end, Vettel crossed the flag half a minute ahead of second-placed Rosberg. Then it was Grosjean about 10 seconds behind. In fourth place was Massa who was followed by McLaren’s Sergio Perez in fifth. Then it was Hamilton in sixth and Lotus’ Kimi Räikkönen in seventh. Next came the two Force Indias of Paul di Resta and Adrian Sutil, respectively, followed by Toro Rosso’s Daniel Ricciardo who rounded out the top ten.

The points chase is now over, at least for the Drivers’ Championship, so now the race is on to see who comes second. Sebastian Vettel has accomplished an unbeatable 322 points and is followed by Fernando Alonso with 207 points. In third is Kimi Räikkönen with 183 points.

In the Constructors’ Championship, Red Bull Racing has an unbeatable 470 points. In second is Mercedes AMG with 313 points, followed closely by Ferrari in third with 309 points.

Next stop is the only twilight race of the year, the Abu Dhabi Grand Prix, in just a week.