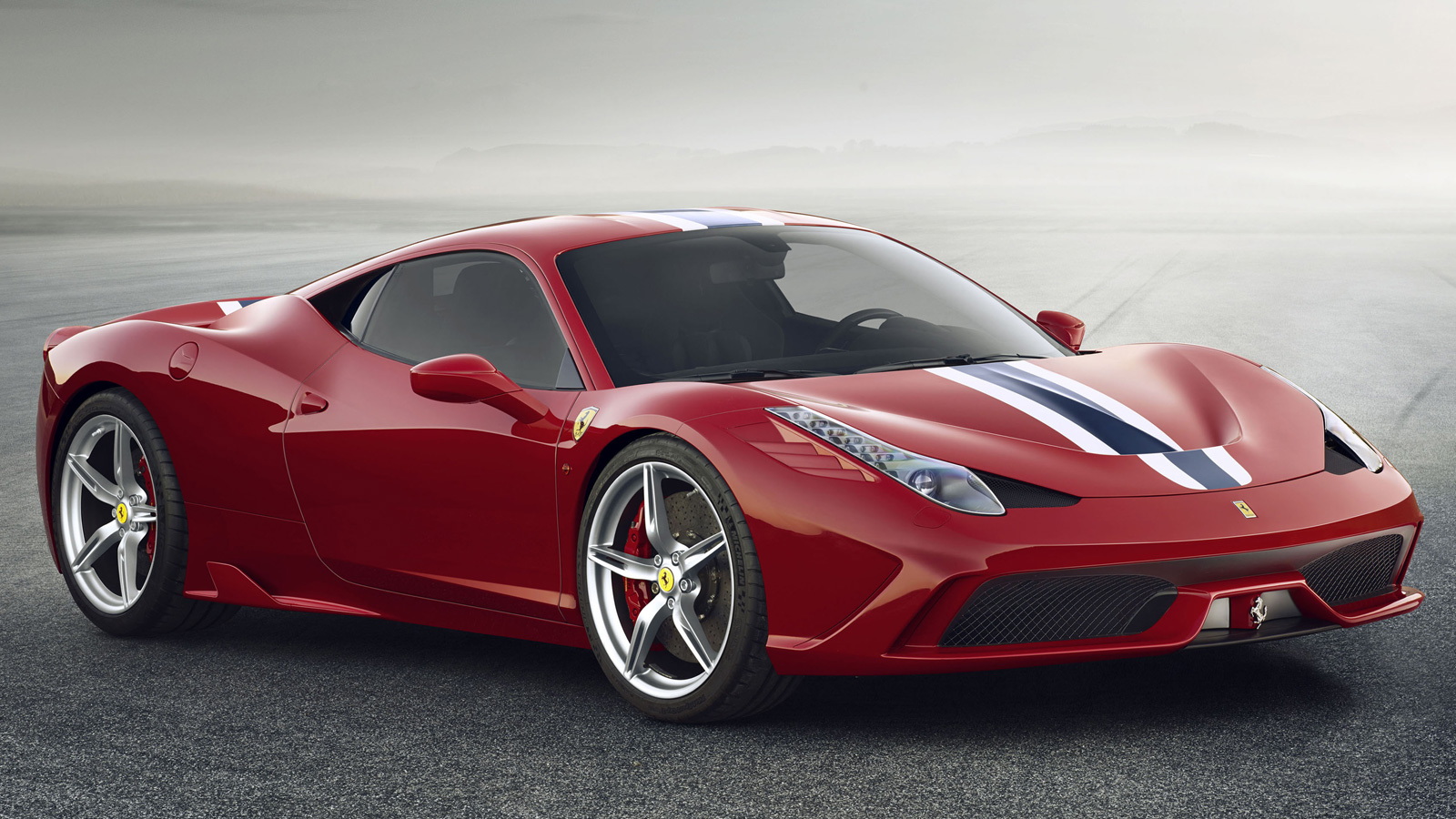 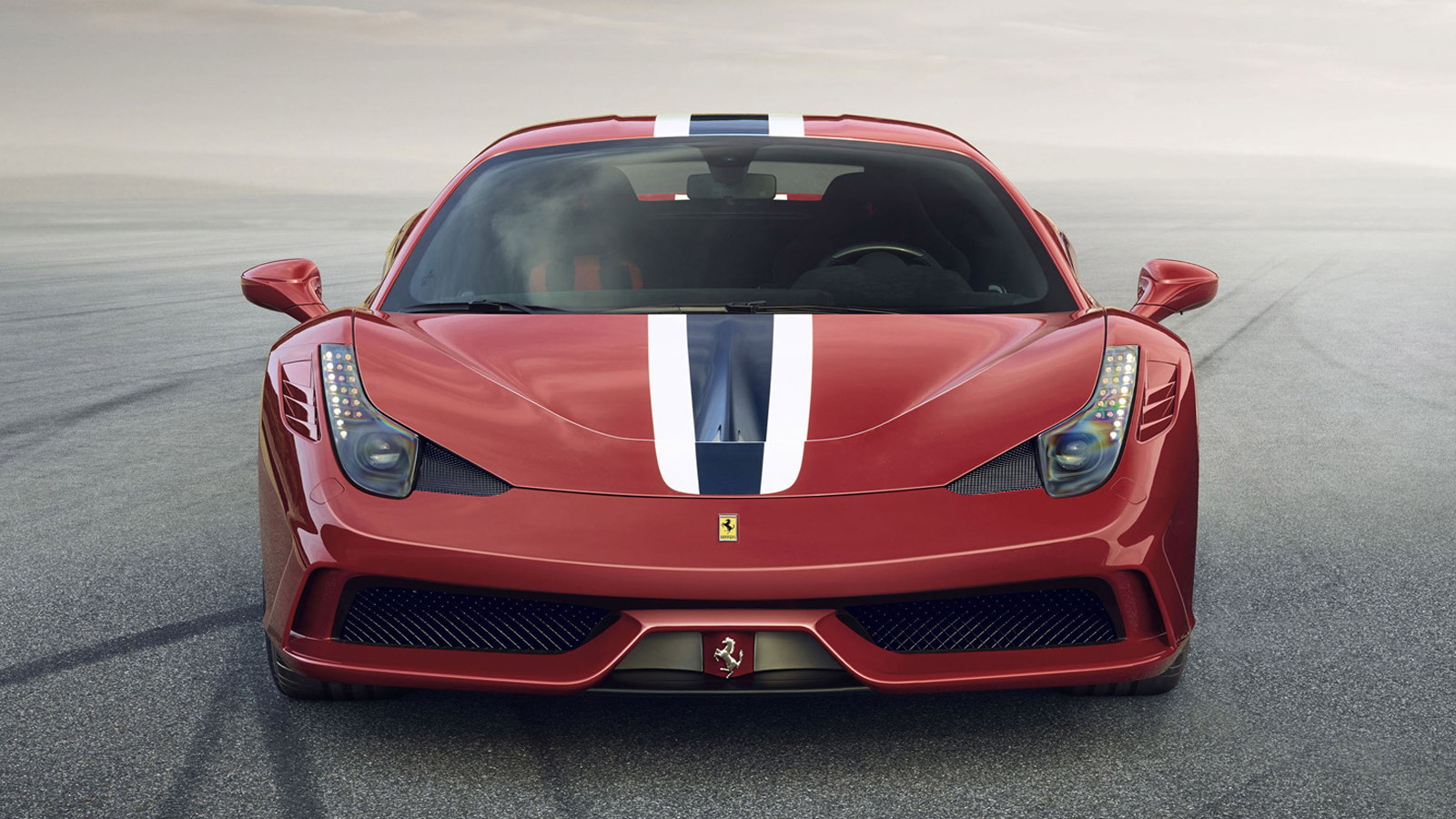 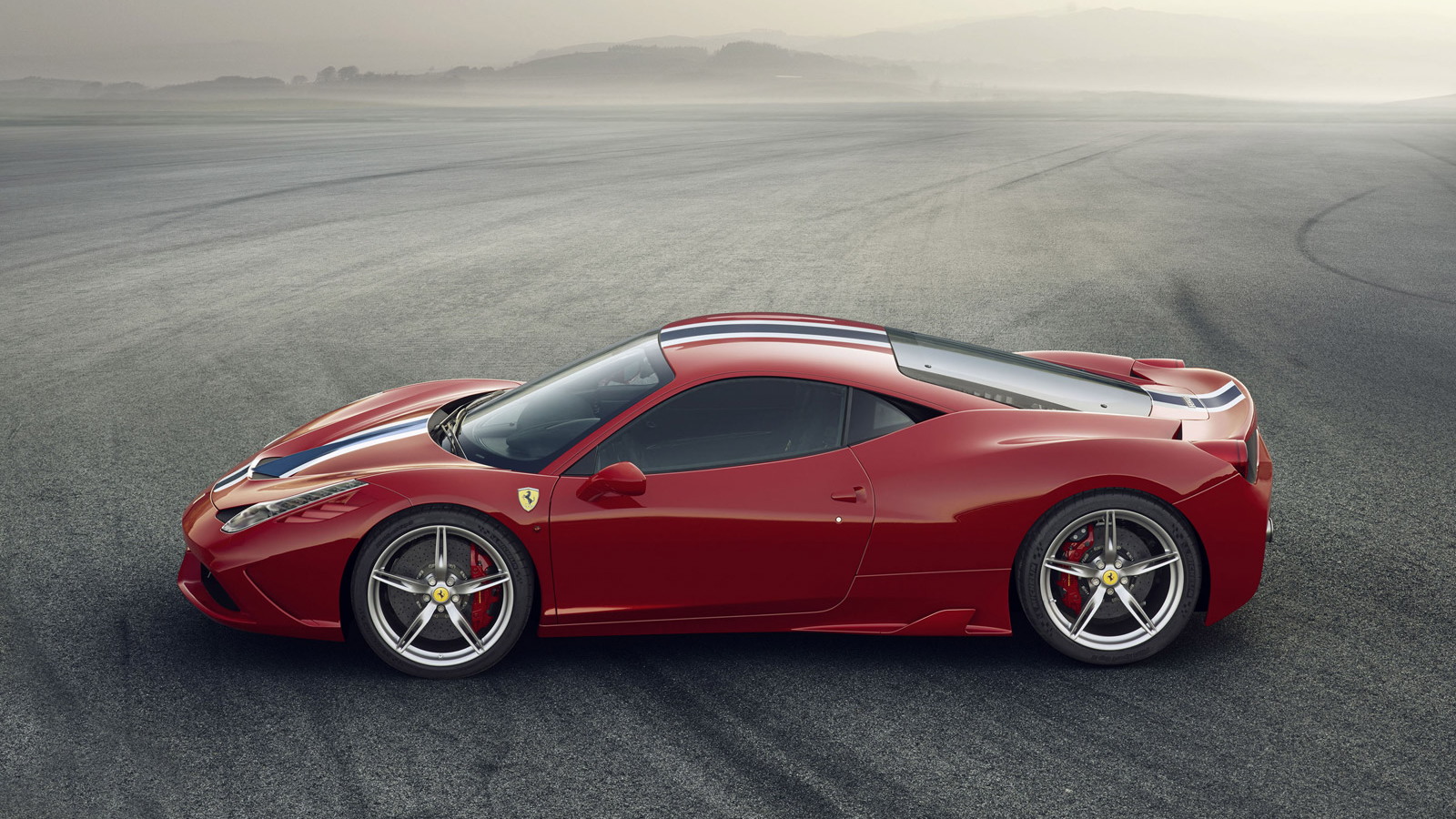 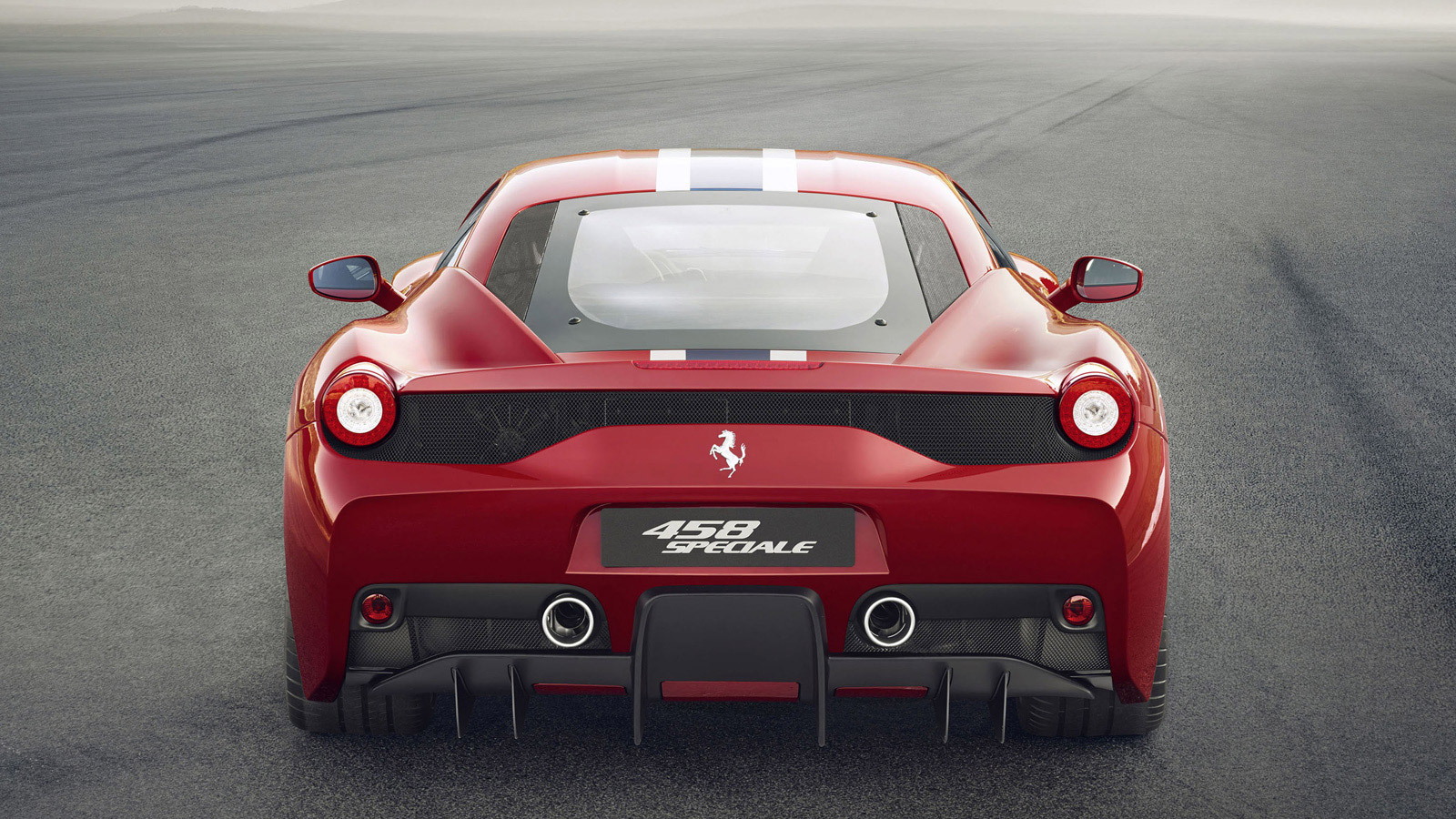 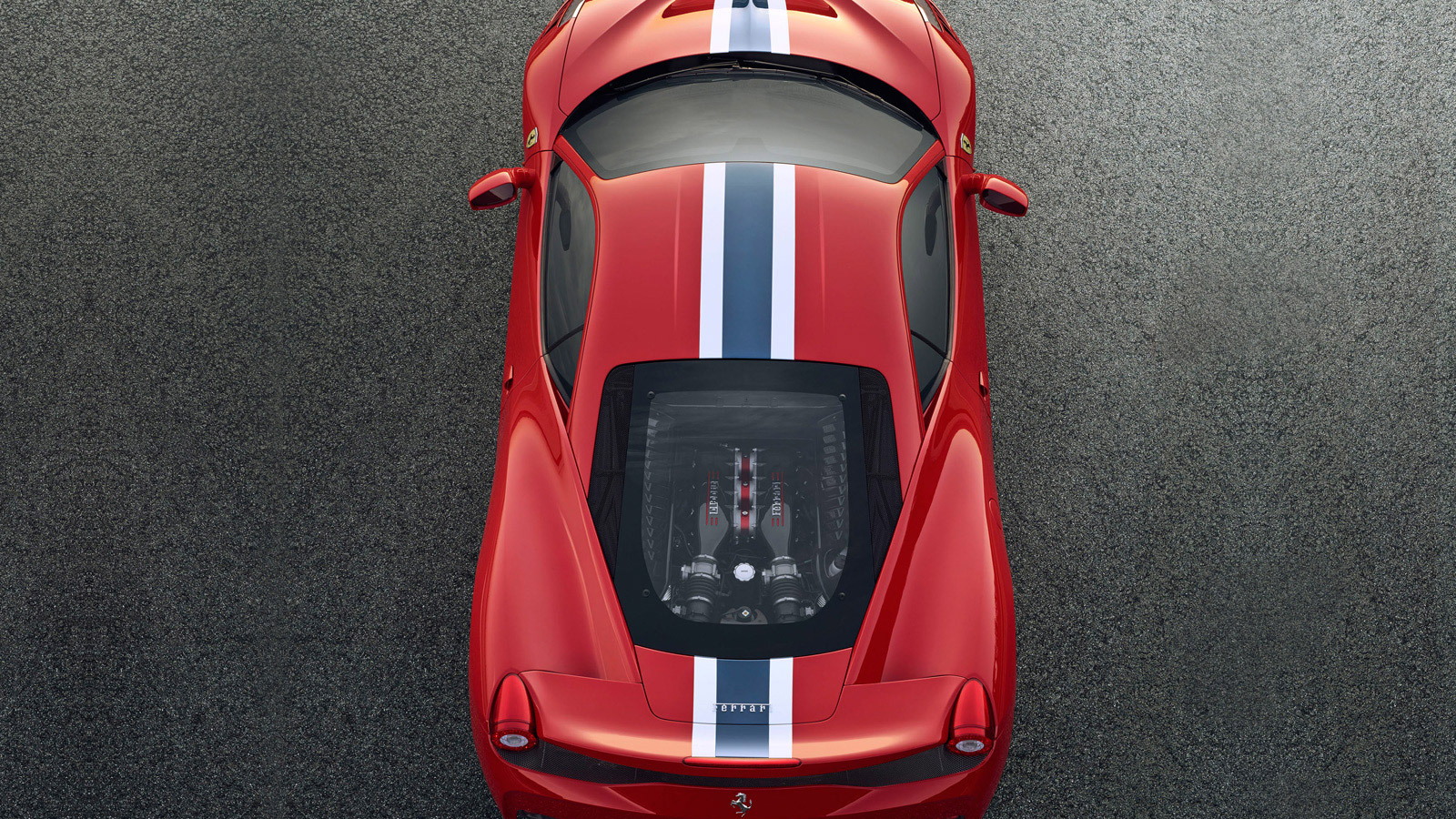 Ferrari’s [NYSE:RACE] hardcore 458 Italia, the successor to the 430 Scuderia, has been revealed as the new Ferrari 458 Speciale. The scintillating supercar has been revealed ahead of its official world debut at the 2013 Frankfurt Auto Show next month and previews new technical solutions that will be filtering across to other models from the Prancing Horse in the near future.

Its engine is the familiar 4.5-liter V-8 found in the 458 Italia. For the 458 Speciale, output has been raised to 597 horsepower at a screaming 9,000 rpm and 398 pound-feet of torque delivered at 6,000 rpm. That equates to roughly 133 horsepower per liter and means the 458 Speciale’s engine is the most powerful naturally aspirated V-8 ever launched in a Ferrari road car.

The vehicle’s dry curb weight comes in at 2,843 pounds, which combined with the stouter engine performance means 0-62 mph acceleration in 3.0 seconds flat and 0-124 mph in just 9.1 seconds. Ferrari says it has also clocked the 458 Speciale lapping its Fiorano test track in 1:23.5 seconds, which is 1.5 seconds faster than the 458 Italia and just half of a second off the pace of the F12 Berlinetta. Ferrari’s fastest road car around Fiorano remains the LaFerrari, which needs less than 1:20 to complete a lap.

The styling has been revised to match the lines of the aforementioned LaFerrari but has been guided by the requirements of aerodynamic efficiency. The most notable features are the front and rear movable flaps which balance downforce and cut drag.

One of the most innovative features of the 458 Speciale is its Side Slip angle Control system. This constantly analyzes the car’s slip angle and compares it with a target value based on speed, grip levels and other metrics. It then optimizes both torque from the engine and torque distribution between the two wheels (via braking) to make the car easier to handle at the limit.

The car also gets Michelin Pilot Sport Cup tires designed exclusively for it and which help it achieve up to 1.33 g of lateral acceleration.

Stay tuned for more as we approach the car’s official reveal at the Frankfurt Auto Show on September 10. And for our complete coverage of the event, click here.