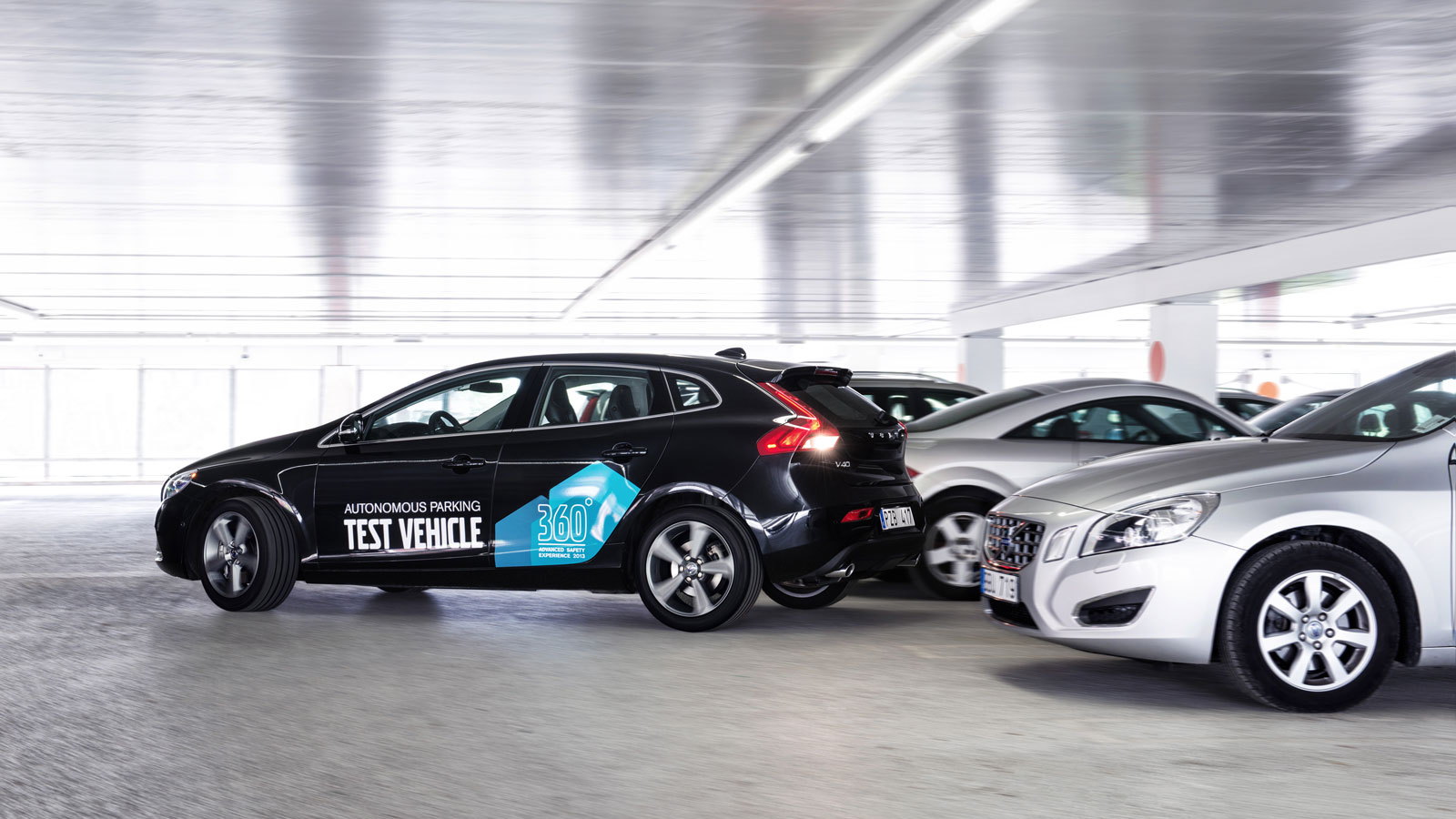 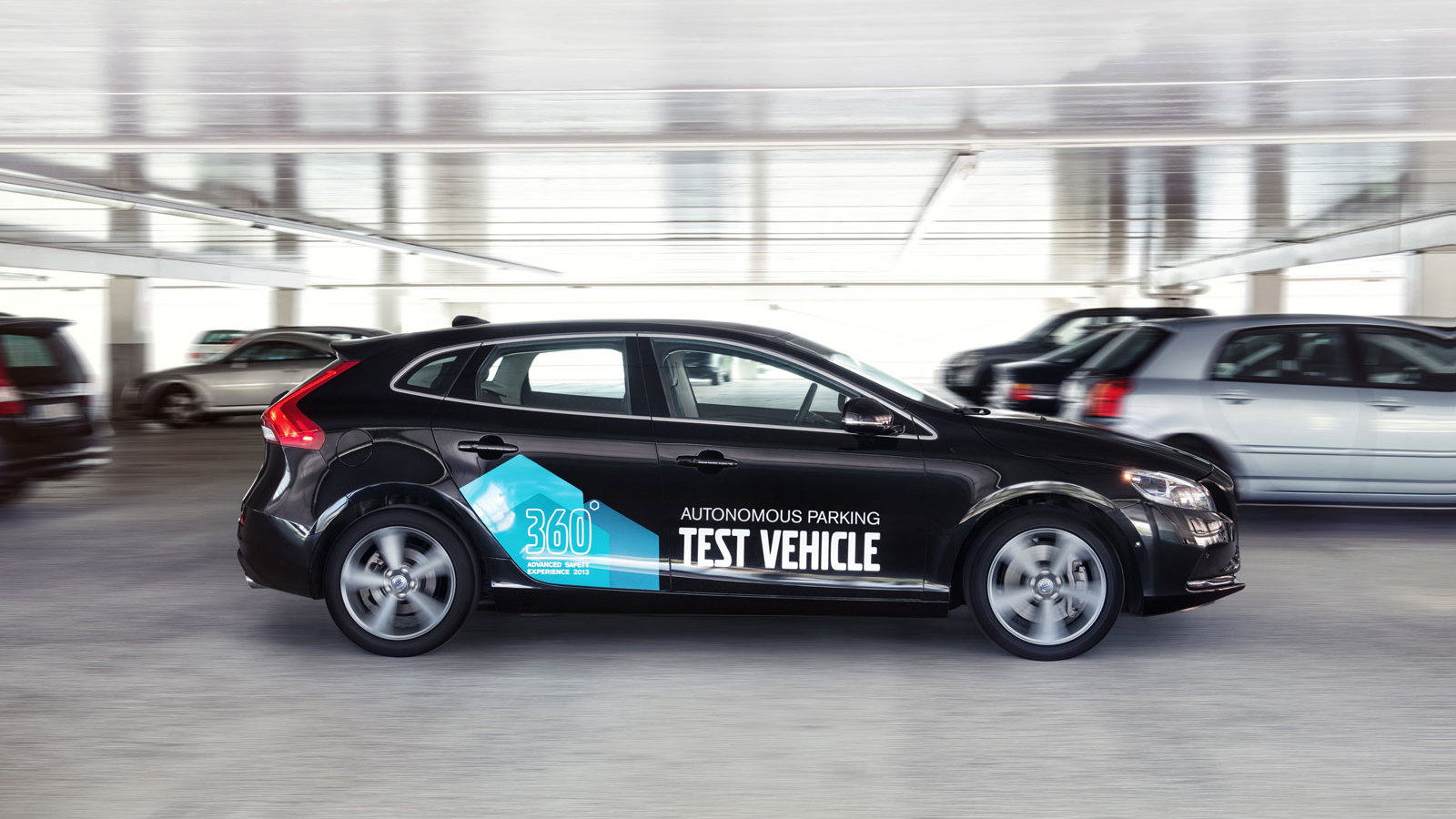 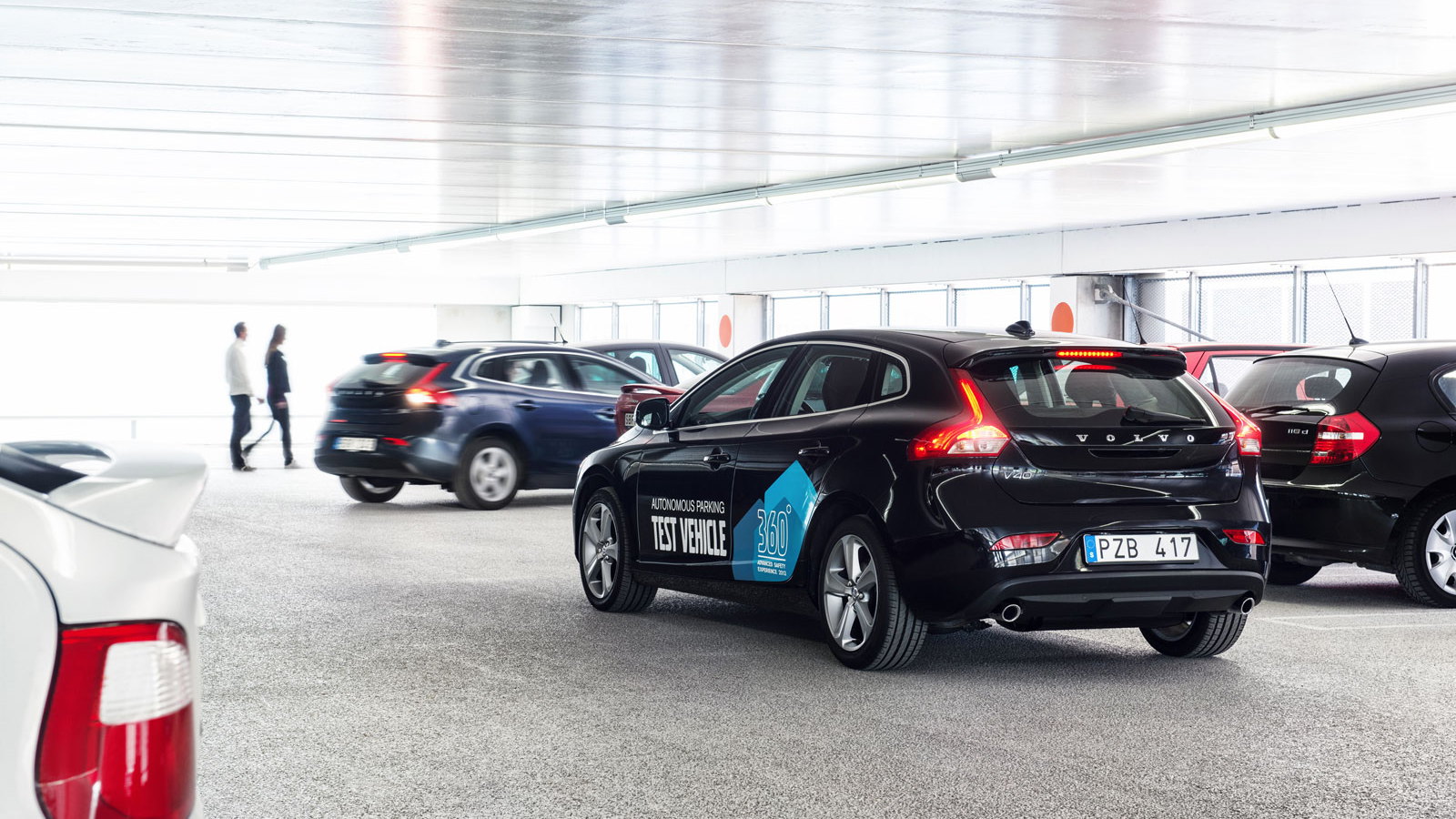 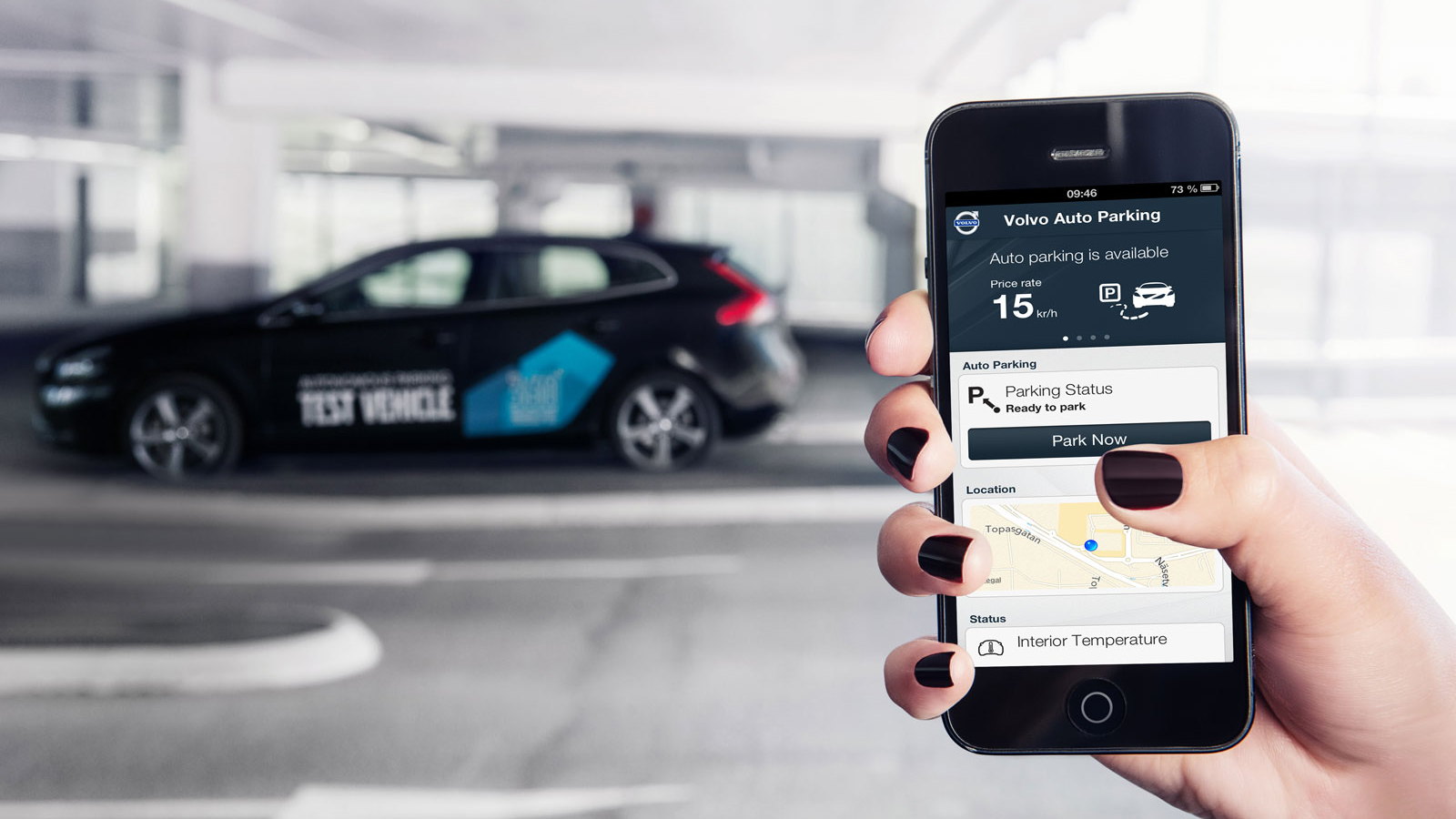 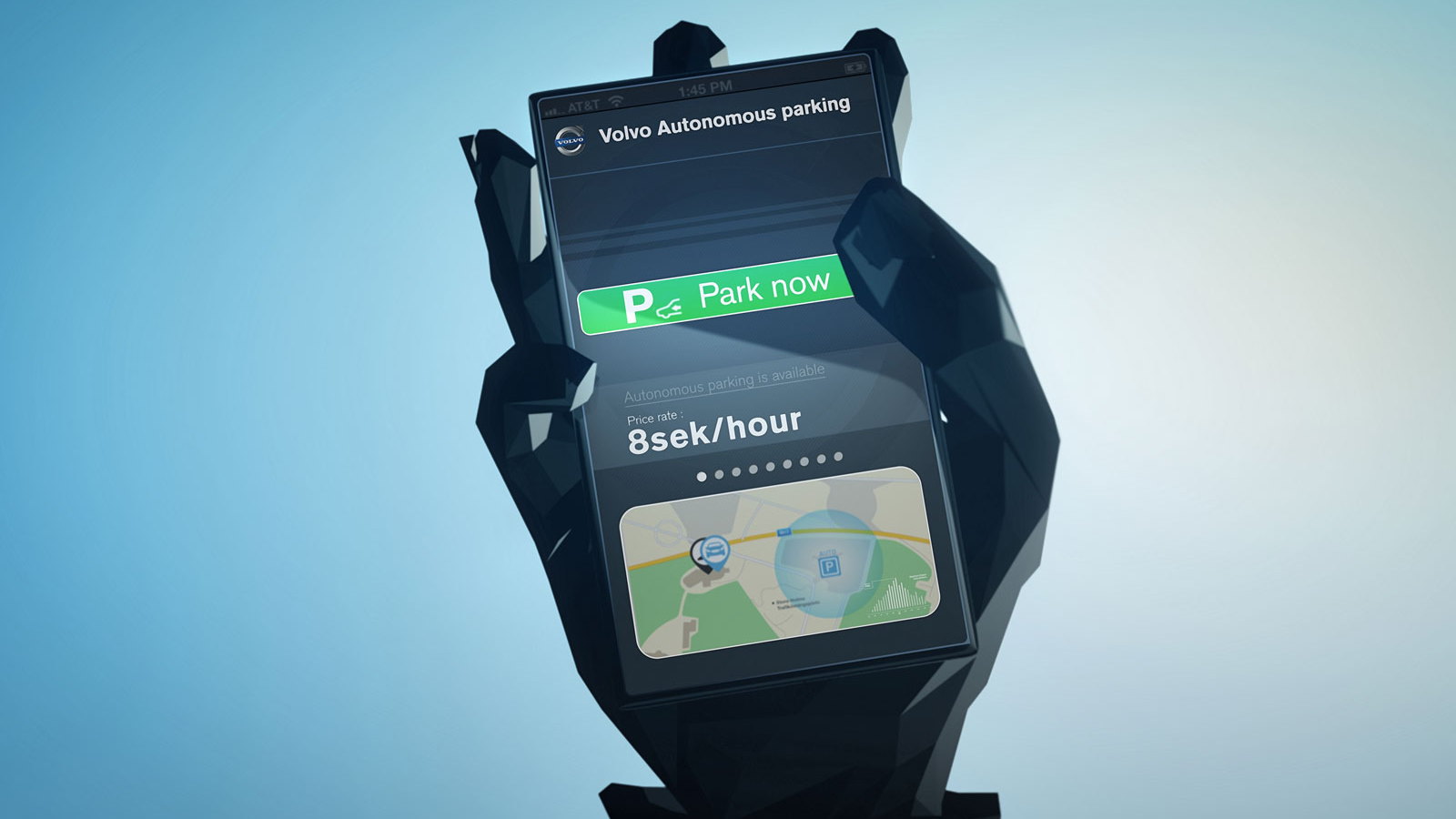 9
photos
Volvo has previewed some of its upcoming technology with a demonstration of a new self-parking system which doesn’t require the driver to even be present in the vehicle. You may recall that Audi previewed just such a system earlier this year and it’s likely many more automakers will be rolling out their own versions in the near future.

Like the Audi system, Volvo’s new self-parking system, dubbed Autonomous Parking, allows the driver to use a smartphone to tell their car to go park itself or to come pick them up.

Before you get too excited, Volvo’s Autonomous Parking system won’t work in any car park. It relies on communication between the car and the car park infrastructure in order to find a vacant spot.

Car 2 Car and Car 2 Object communication technology, in other words transmitters in the road infrastructure, informs the driver when the service is available and if a spot is free. Onboard sensors then allow the driverless car to interact safely and smoothly with other cars and pedestrians in the car park.

Volvo is hoping to gain leadership in the field of autonomous driving by moving beyond concepts and actually delivering pioneering technologies that will reach the customers. In addition to its Autonomous Parking system, the automaker has also carried out significant work on a vehicle platooning system under the SARTRE project.

However, the only autonomous system confirmed for launch by the automaker so far is a new traffic jam assistant that will debut on the 2016 Volvo XC90 due out at the end of next year. Similar to Mercedes-Benz’s Steering Assist system that debuts on the 2014 S Class later this year, Volvo’s new traffic jam assistant will be able to allow vehicles to crawl in traffic and perhaps even drive along highways autonomously.