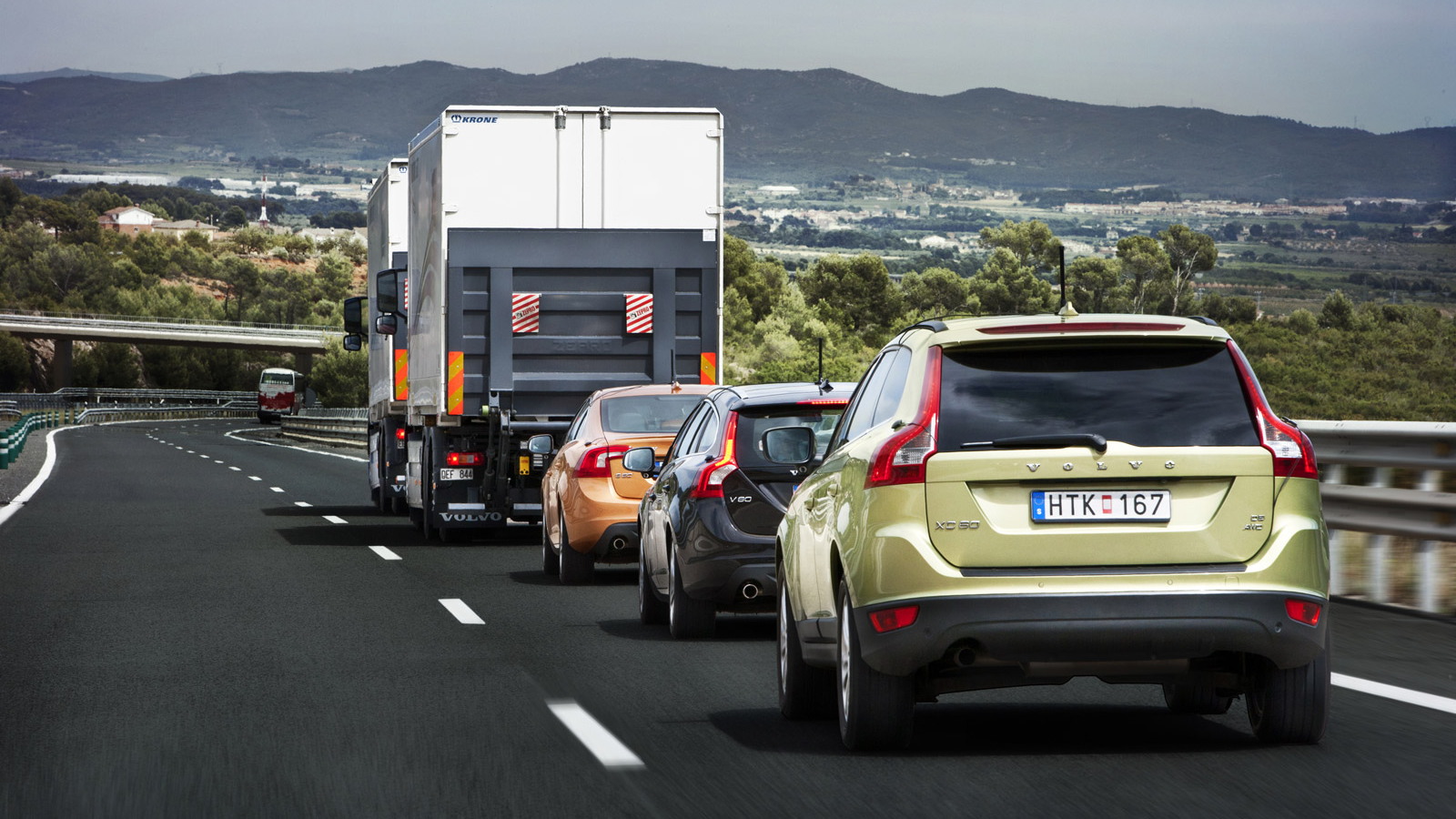 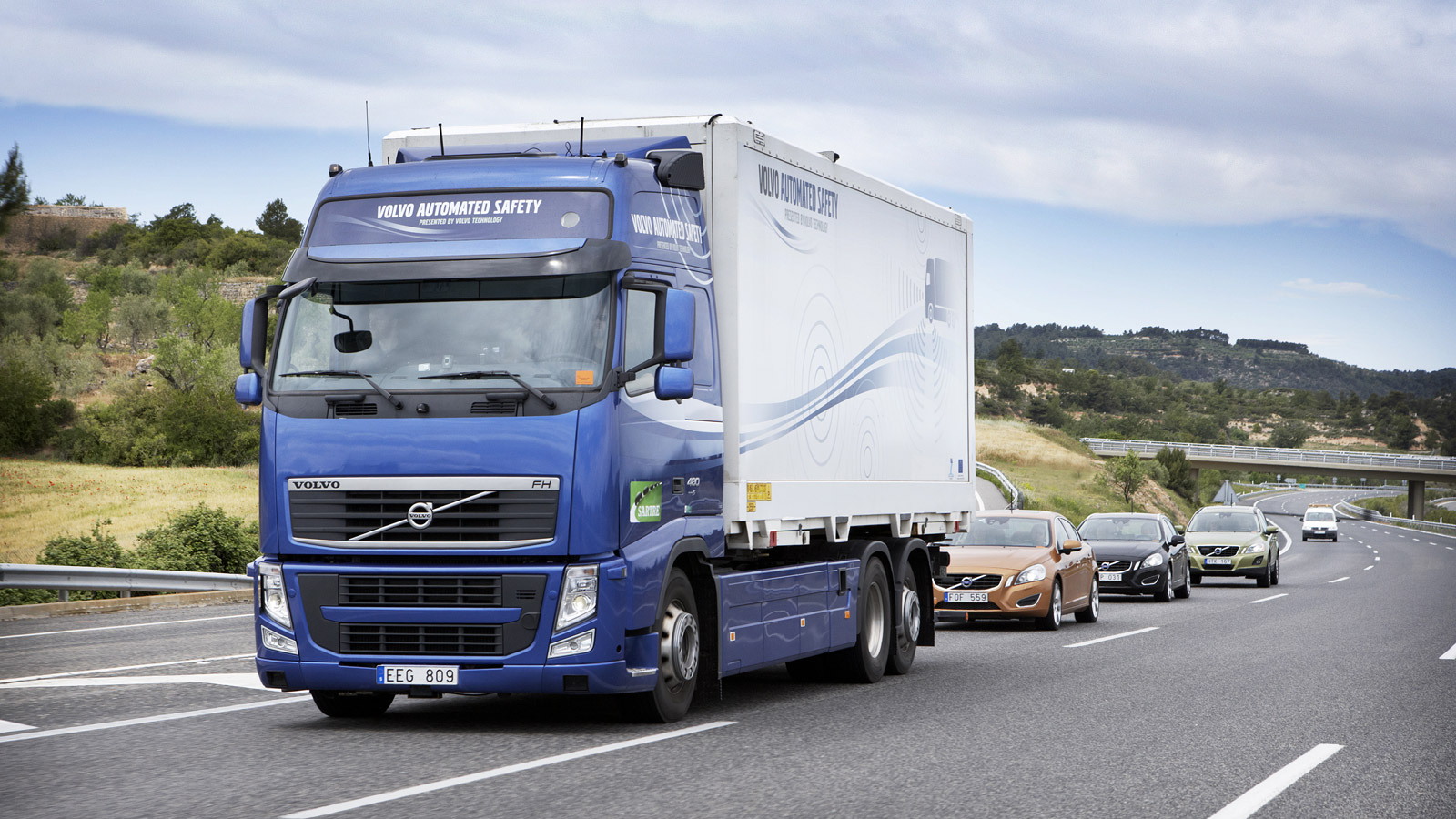 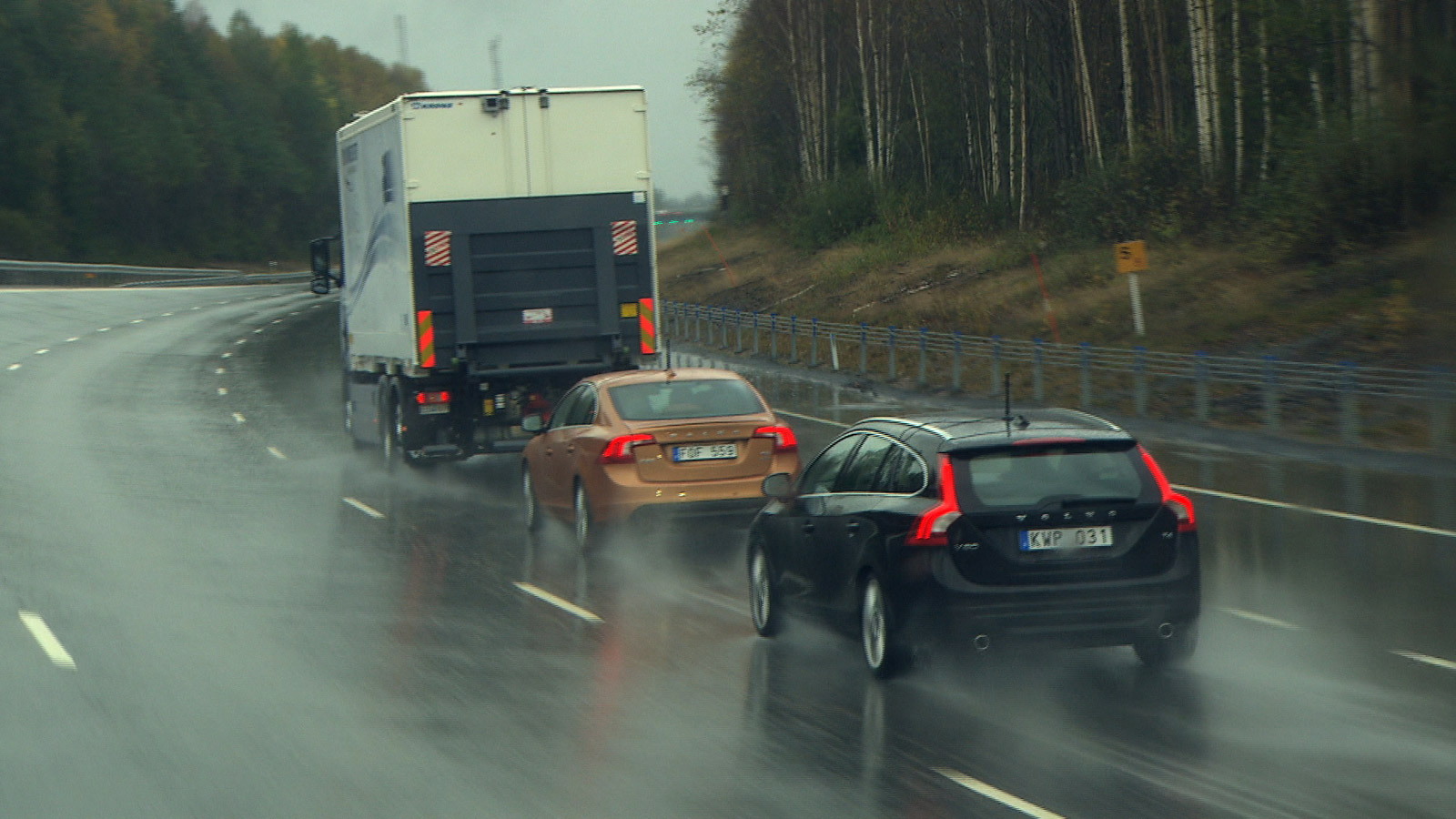 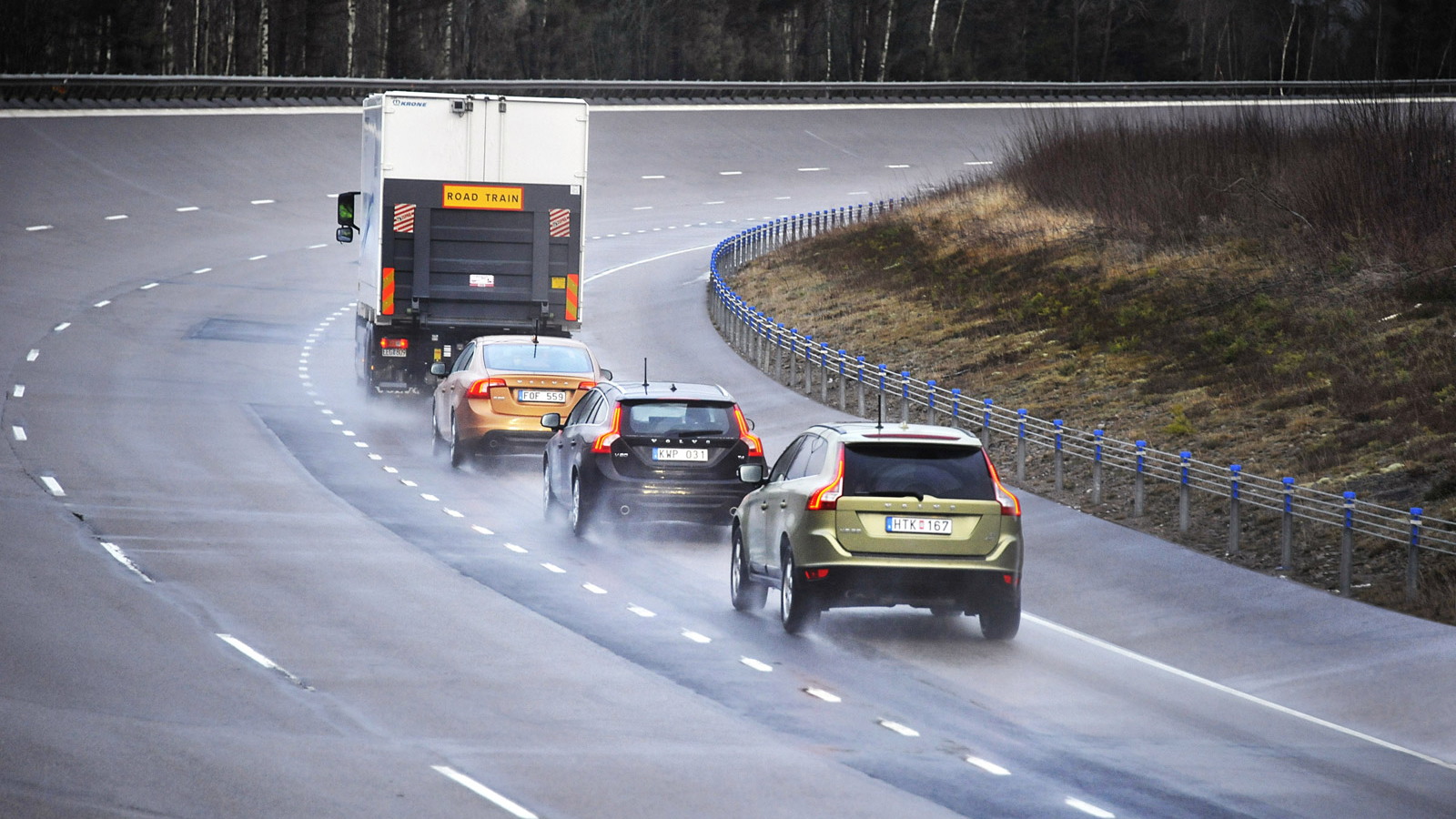 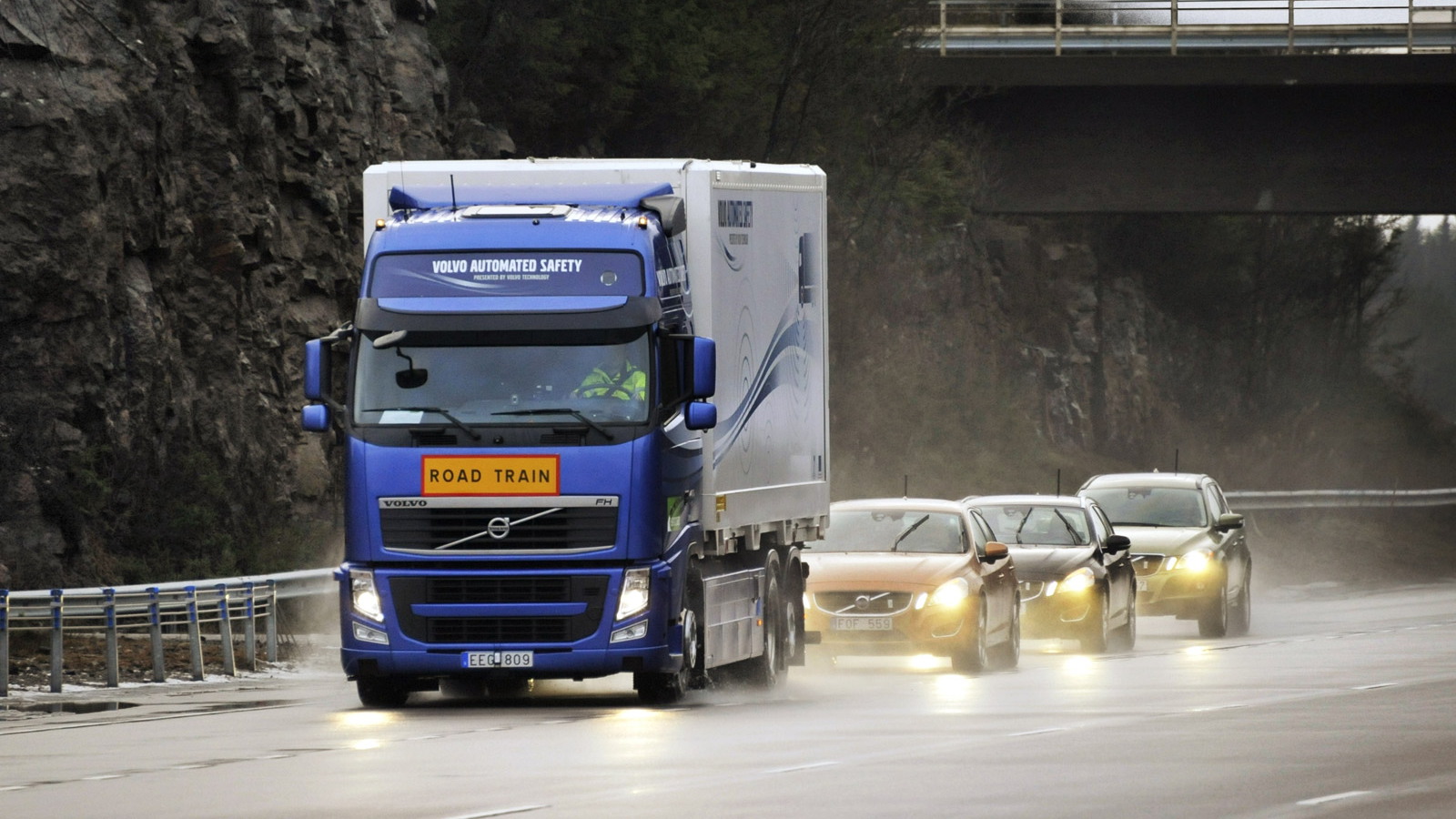 Europe’s SARTRE (SAfe Road TRains for the Environment) project, first established in 2009, has come to an end, with the results proving positive for all those involved. One of the partners was Swedish automaker Volvo, which is now looking at integrating some of the findings in its production cars and hopes to eventually become a leader in the field of autonomous cars.

For the uninitiated, SARTRE is a government-backed research project set up to determine the viability of implementing road trains on highways, with ‘platooned’ traffic operating in a mixed environment with other road users.

The idea is that each road train or platoon will have a lead vehicle that drives exactly as normal, with its driver in full control of all the various functions. This lead vehicle is driven by an experienced person who is thoroughly familiar with the route. For instance, the lead may be taken by a taxi, a bus or a truck.

Other drivers can then join the road train, whereby advanced control systems take over, allowing them to sit back and relax. In some cases, the gap between the cars can get as short as 13 feet. This provides a slipstream effect that adds a boost to fuel economy, which in addition to reduced speed variations can cut fuel consumption by between 10 and 20.

Other claimed benefits include improved traffic flow due to the reduced speed variations as well as improved safety. It has been shown that even small instances of autonomy in cars can reduce crashes, and with Volvo looking to completely eliminate fatalities in crashes involving its cars by the year 2020 it’s easy to see why the automaker has such a keen interest in the technology. In fact, Volvo sees the field of autonomous driving as the next giant leap in the further development of car safety.

Before a production version of the road train system can be implemented, several new technologies have to be implemented first. Some of these are already available, while others are still in development.

One is an easy-to-use interface that displays vital information and can carry out requests, such as joining and leaving the road train. The other, which will take some time to be fully developed, is the ability for vehicles to communicate with each other. Progress in this area, however, is gaining rapidly.