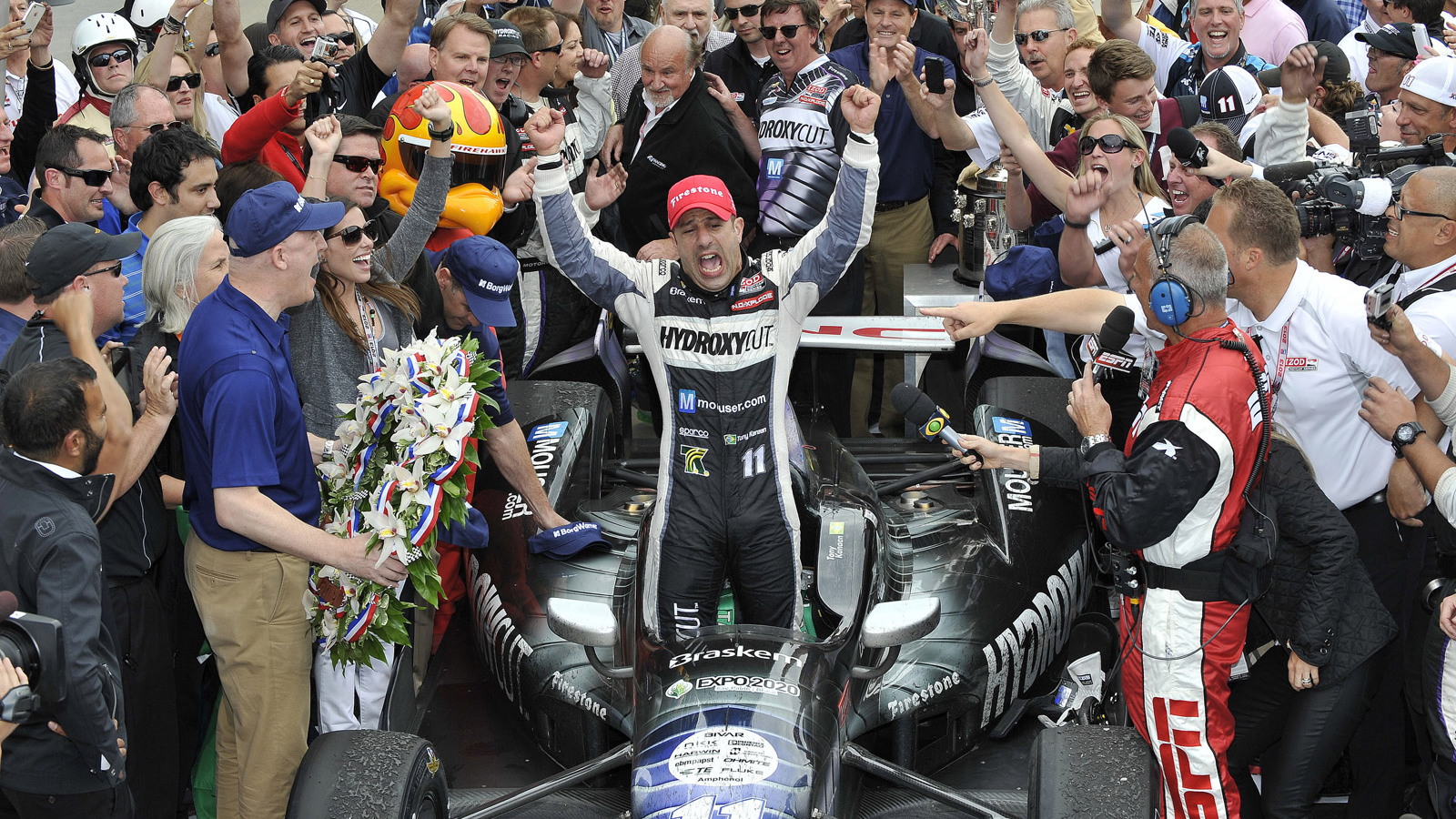 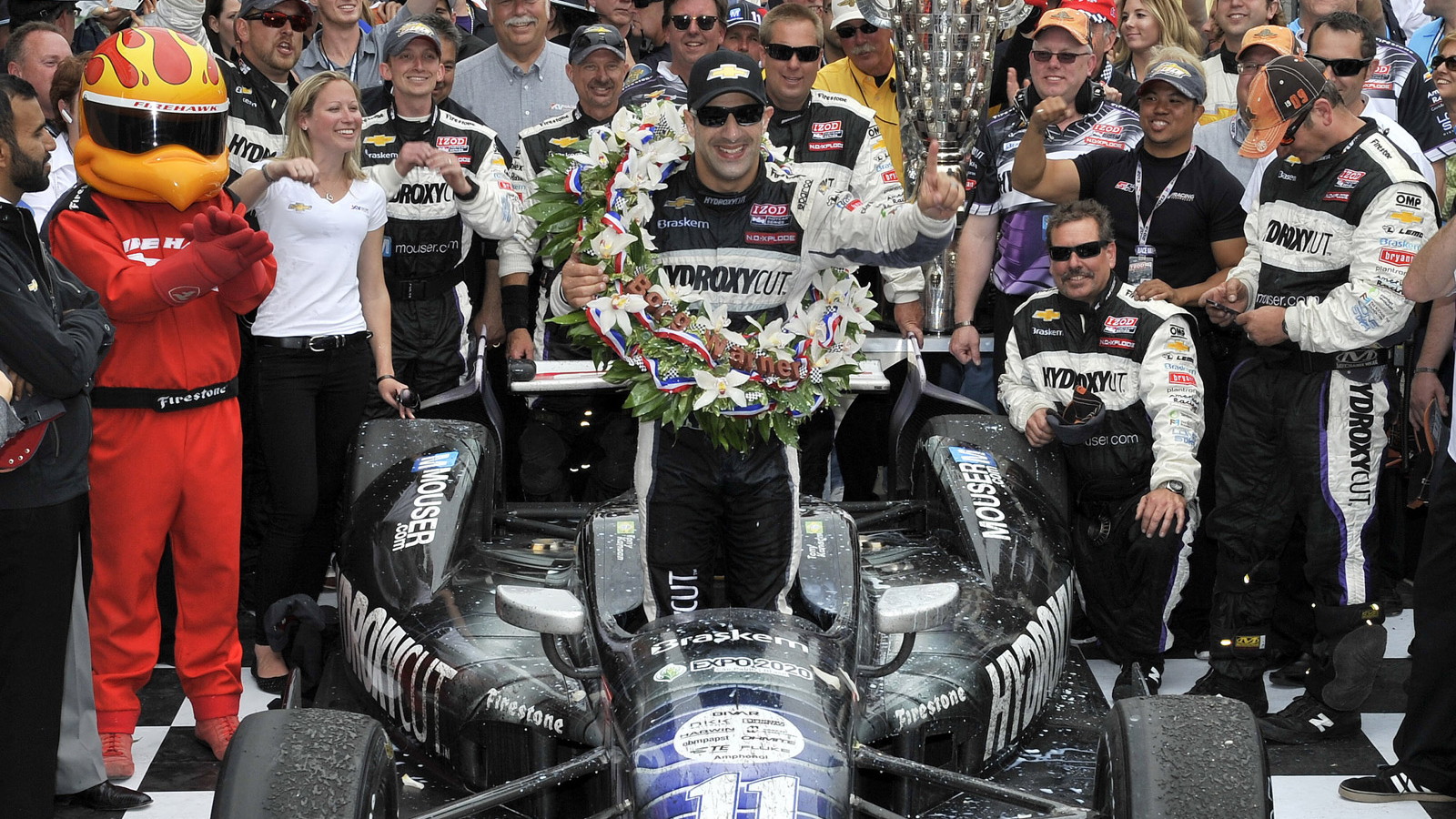 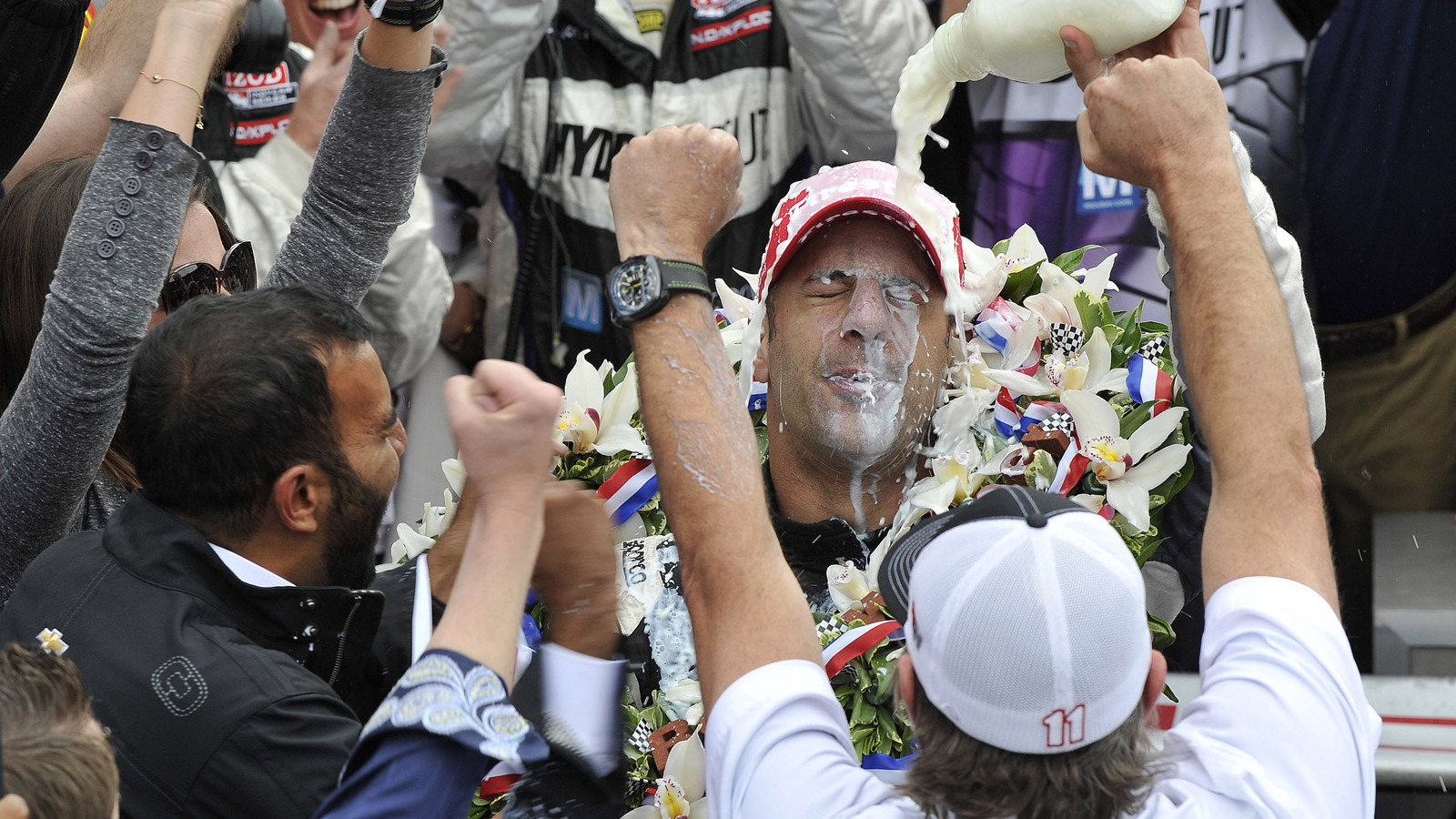 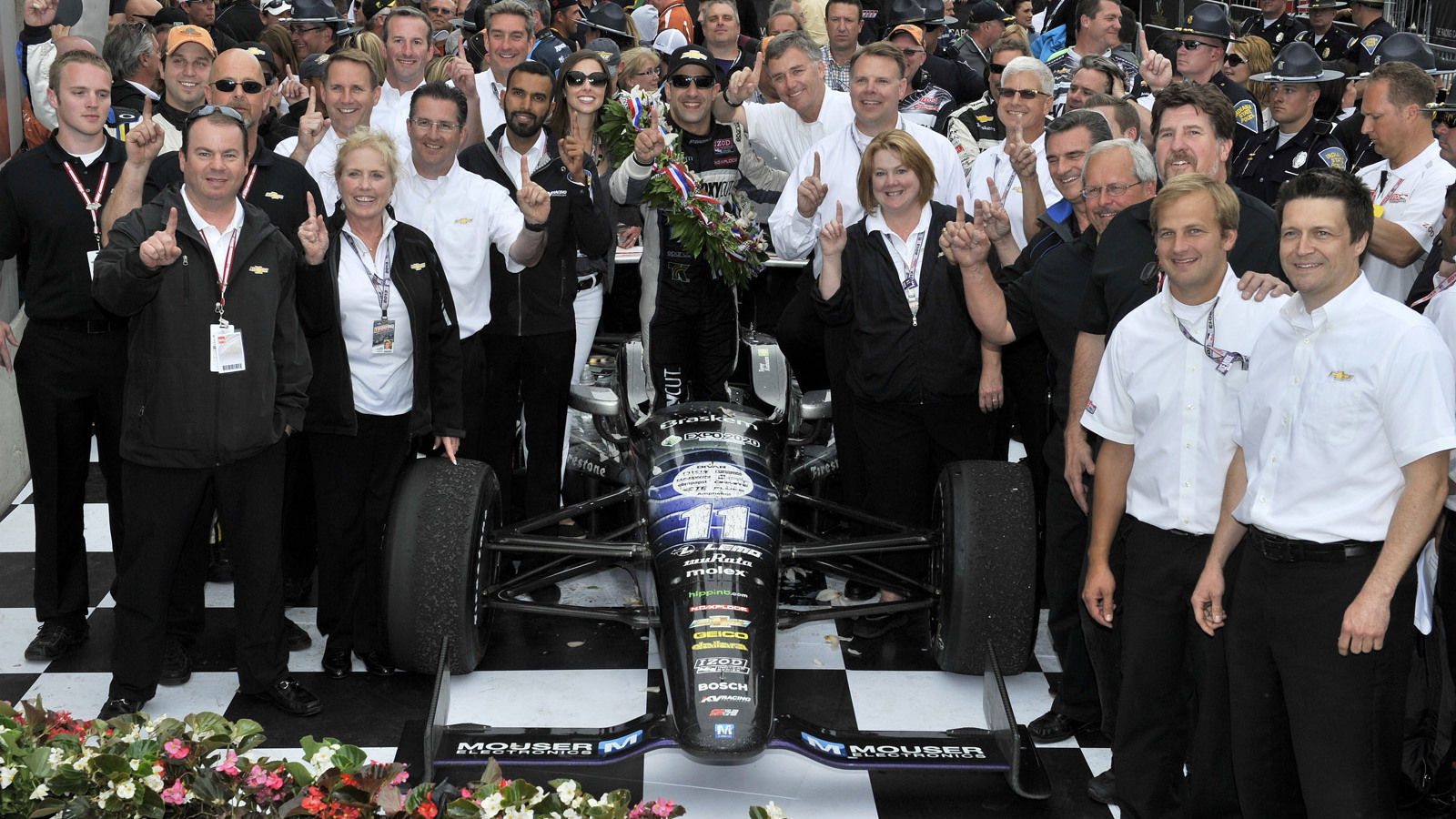 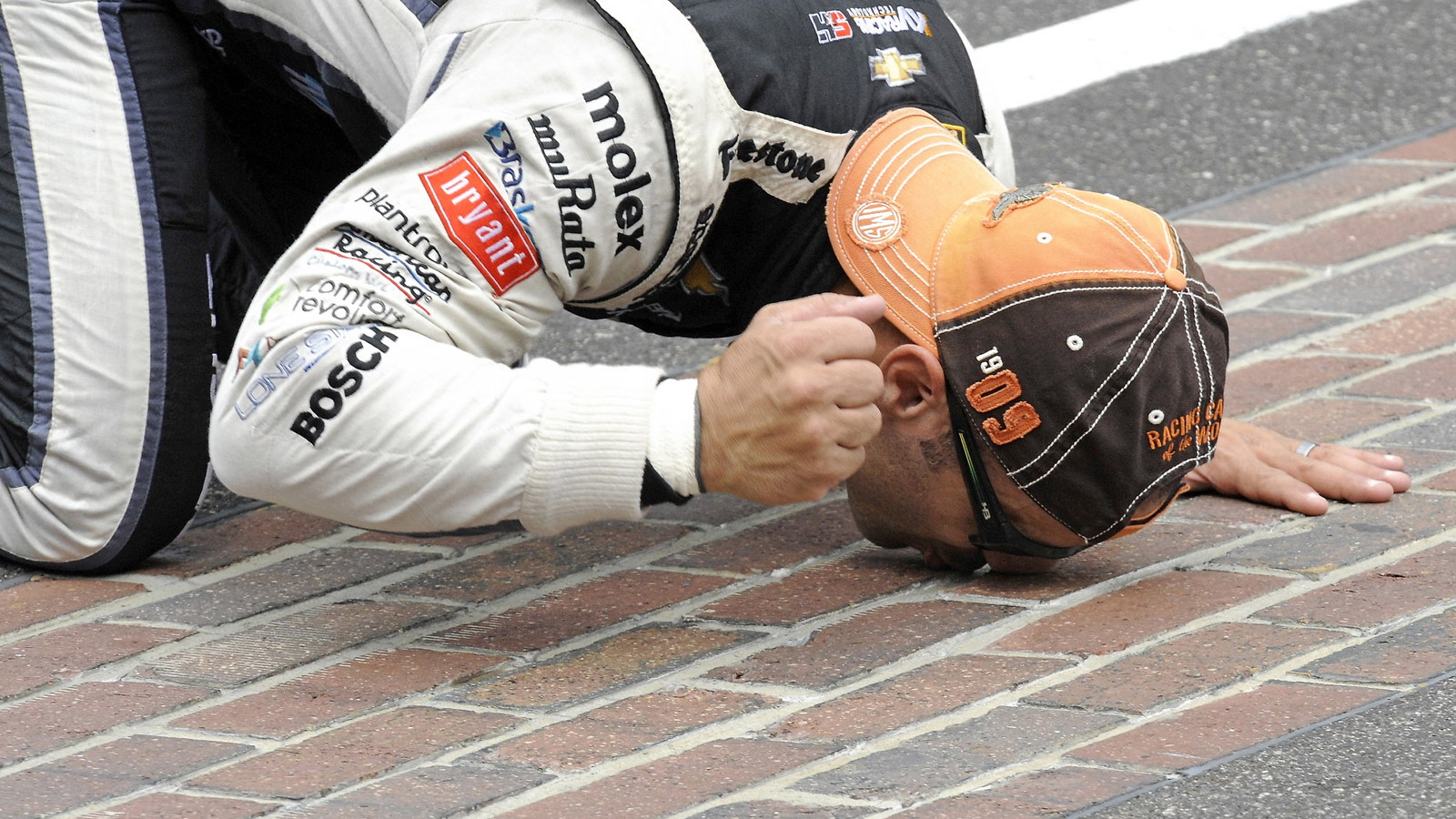 7
photos
Tony Kanaan, driver of the #11 KV Racing Technology Chevrolet, won the 2013 Indianapolis 500 yesterday. The win was Kanaan's first at the event after 12 starts.

Of course, it was no easy feat, especially with strong drivers Marco Andretti, Carlos Munoz and Ryan Hunter-Reay also eager for the title.

In fact, Kanaan wasn’t even in the lead towards the end of the race. With just a few laps to go, he managed to zip past leader Hunter-Reay to come out in front. This was vital for Kanaan, who was predicting the race-ending caution that eventually occurred following Dario Franchitti’s crash.

Making up the lead group in that final lap was Kanaan, followed by Carlos Munoz in second and Hunter-Reay in third.  Andretti finished fourth while Justin Wilson, the highest-finishing Honda driver, was fifth. Pole-sitter Ed Carpenter, meanwhile, finished 10th.

The win for Kanaan and team-owner Jimmy Vasser was celebrated throughout the paddock. Even Alex Zanardi was there to celebrate, having flown over from Italy.

It was well worth the trip as the 2013 Indy 500 was a race of records. In addition to be being the fastest race, with an average speed of 187.433 mph, there was also a record 68 lead changes. An impressive 28 cars out of the original field of 33 also crossed the finish line.