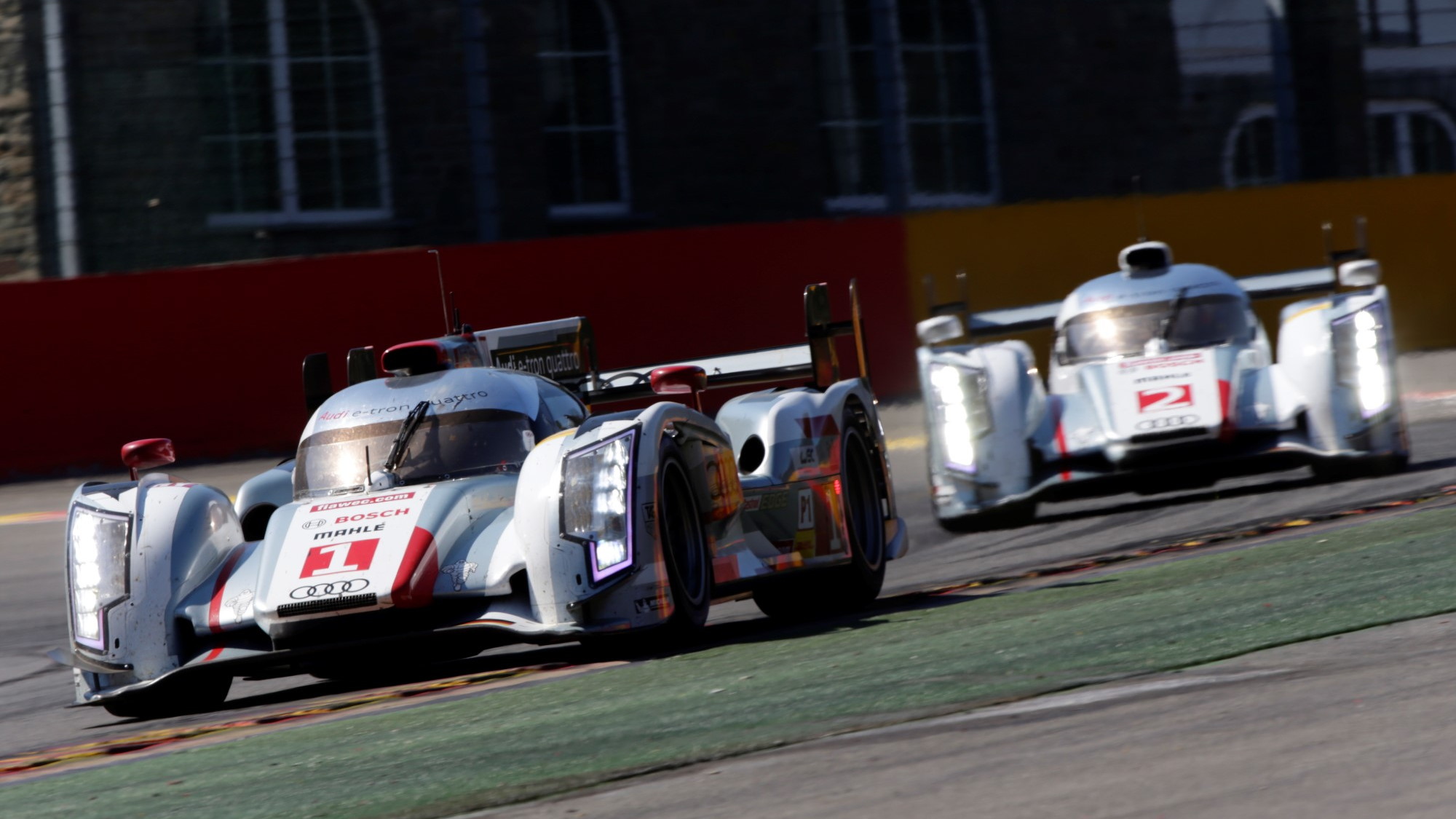 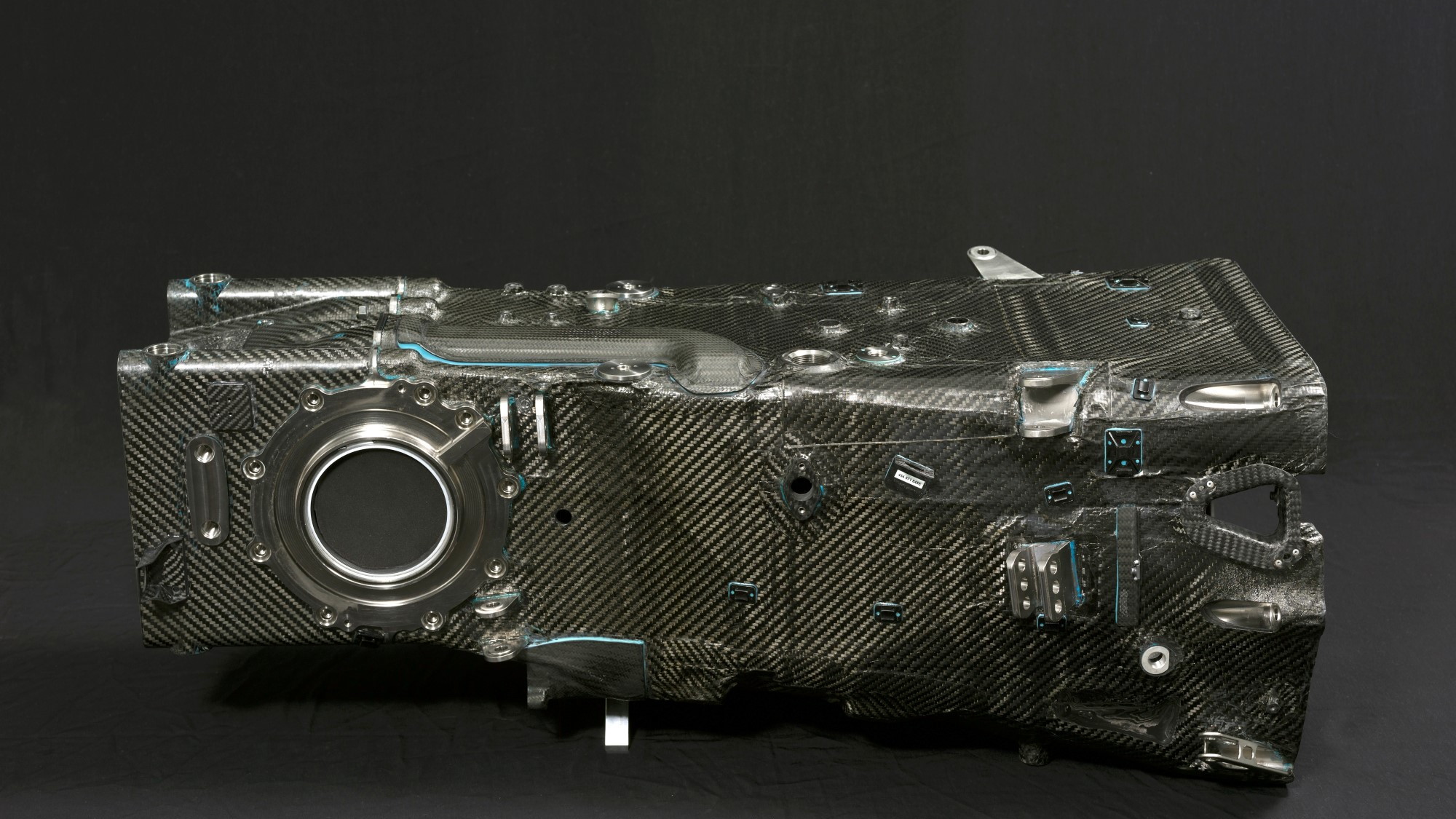 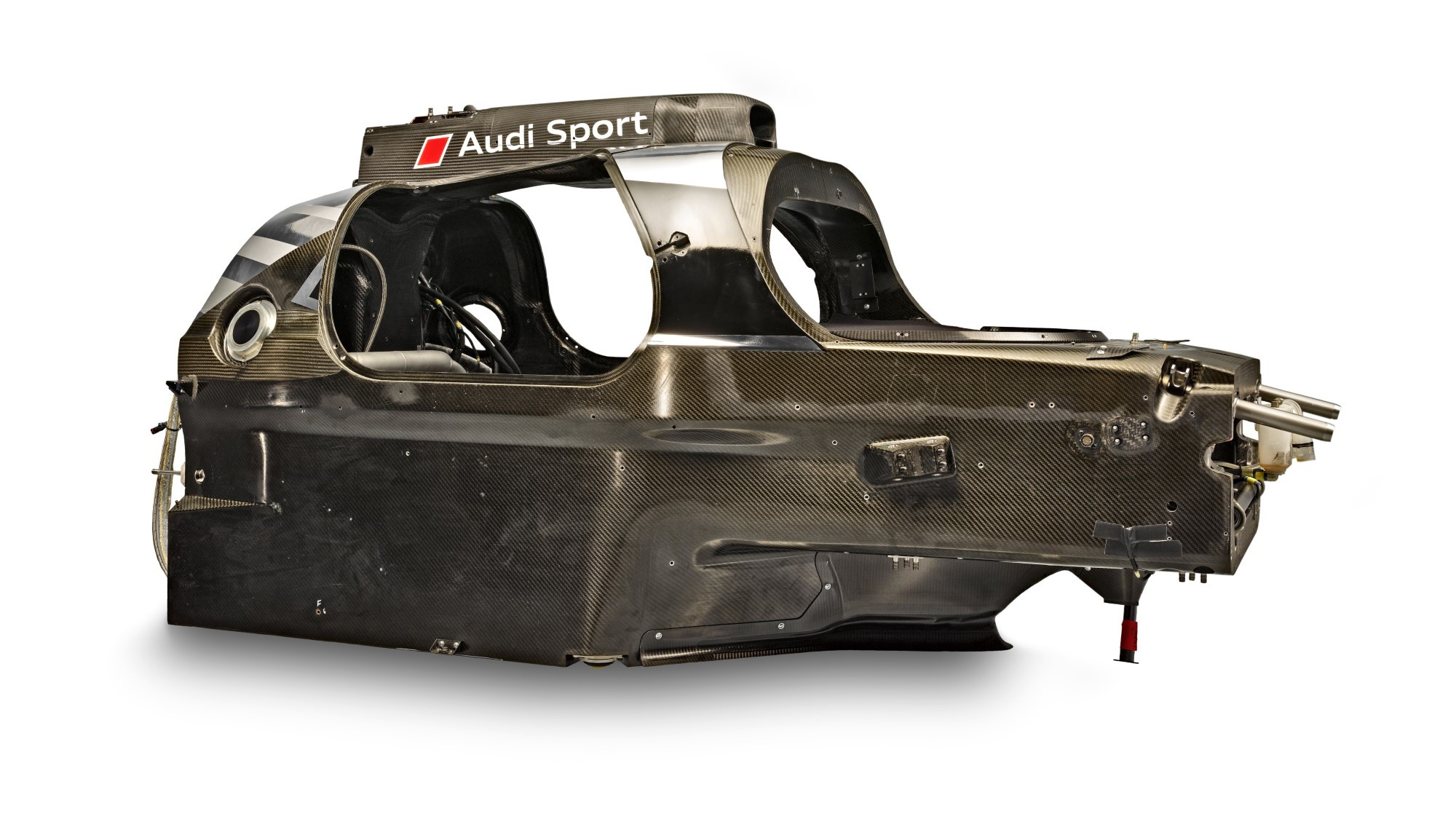 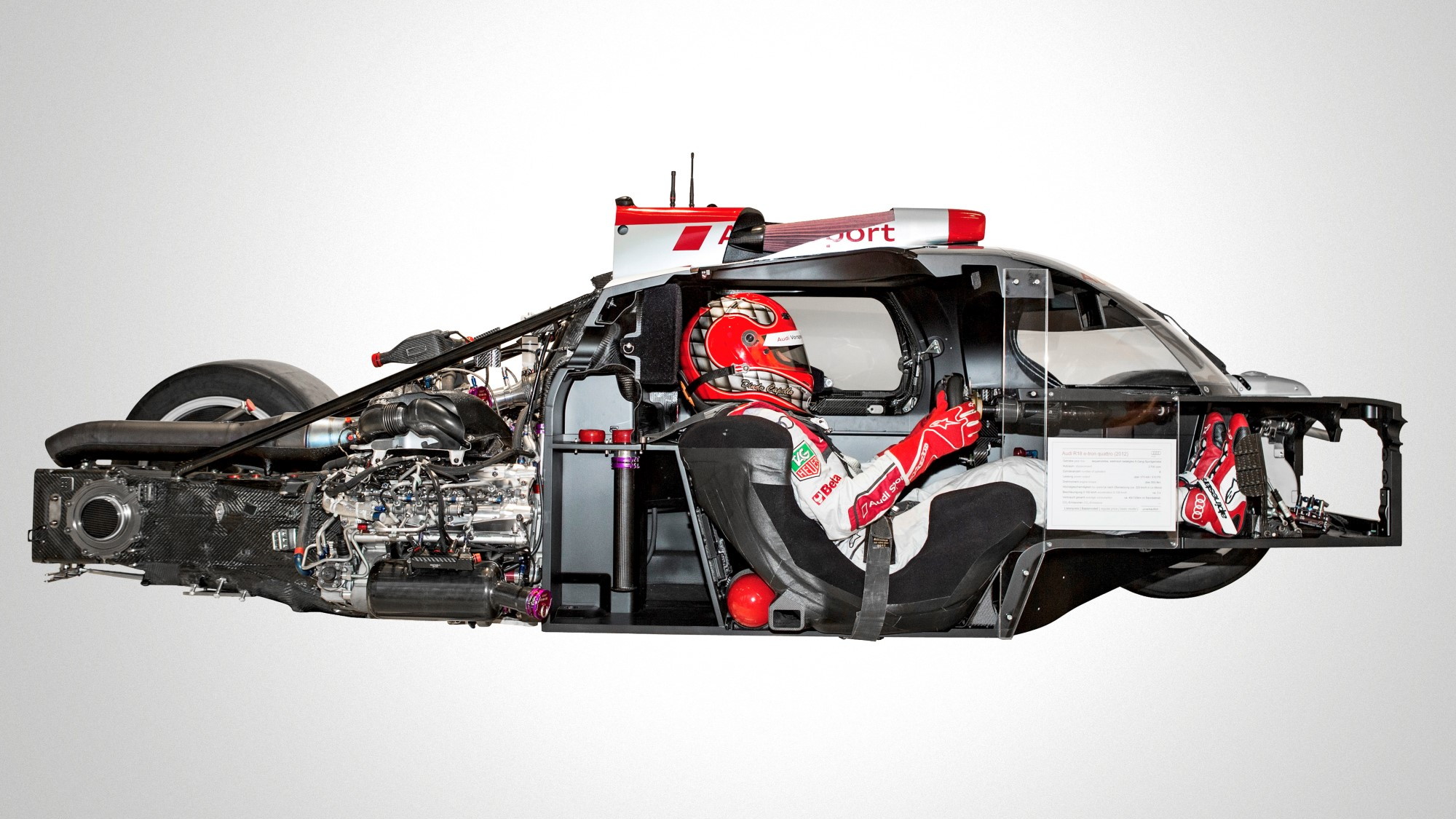 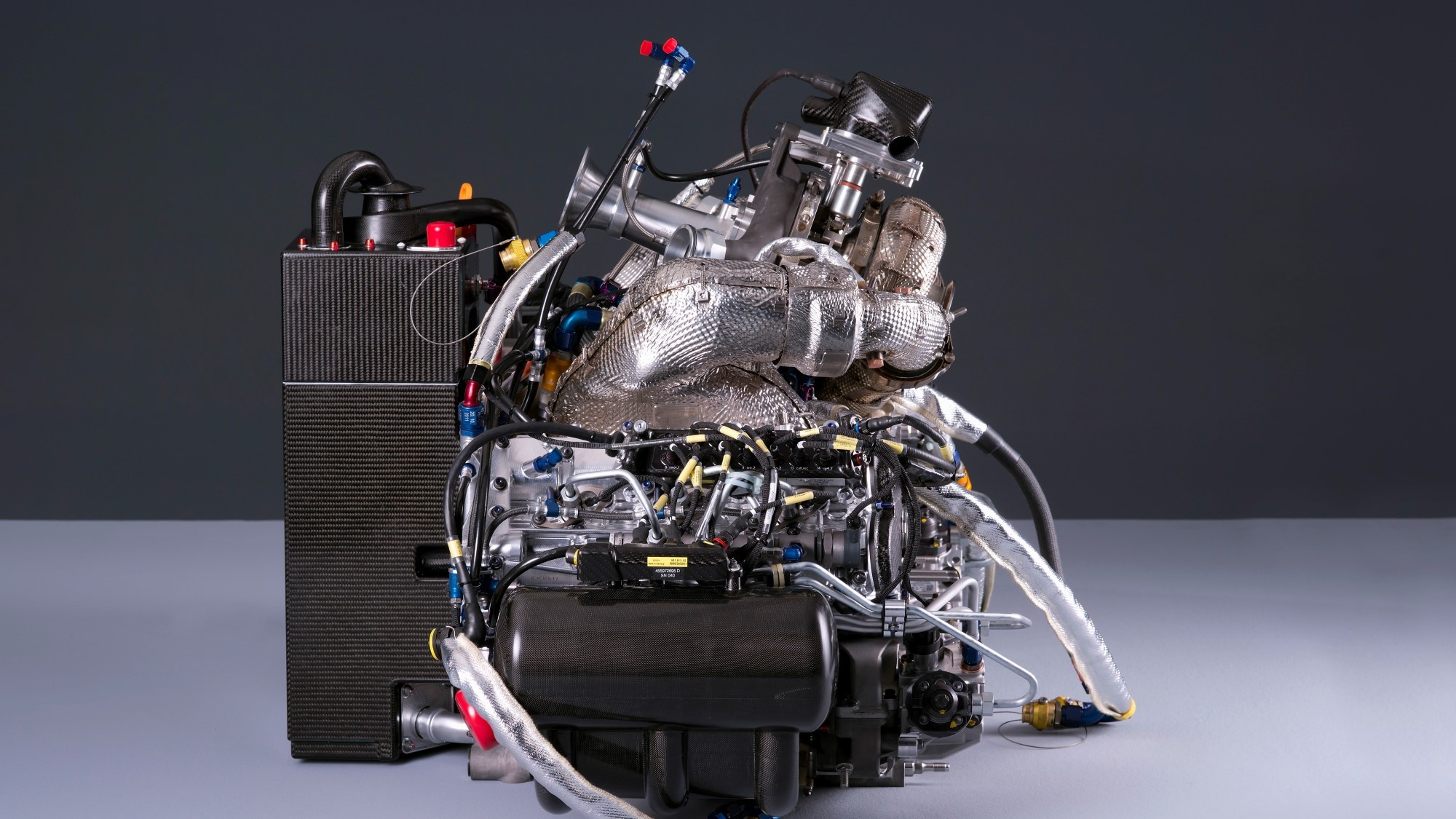 8
photos
Lightness is a highly sought-after attribute in a race car. Even when adding complex, often heavy systems like hybrid drive and large, powerful engines, there's a focus on saving weight. That's usually done through carbon fiber these days.

Audi appears to have perfected the art. The carbon fiber monocoque has become quite familiar over the years, with a sub-$100,000 production car due to use one in the very near future.

But it was racing that led this development. Among the teams and companies that have made extensive use of carbon monocoques in production-related, closed-wheel vehicles, Audi's use, from the R8R in 1999 through the R18 e-tron quattro of today, is among the most extensive.

In the R18, the closed-cockpit monocoque is formed as a single piece, with the mounting points for the front axle, front and side body panels, and hybrid system enmeshed in the design. The result is a very rigid yet lightweight cell that not only gives the car a stiff core for handling and performance, but protects the driver in the event of a crash or rollover.

Monocoques aren't the only thing made of carbon fiber, however. A carbon fiber/kevlar material makes up the gearbox housing, too. Intricate, incredible complex, and part of the actual load- and force-bearing structure of the car, the gearbox is a masterpiece of precision composite construction. It's also very fun to look at.

Today's R18 e-tron quattro carbon monocoque weighs about half of what the open-cockpit 1999 R8R's weighed, despite adding a roof. The R18's monocoque is also stiffer, but that means the supporting structural components--the gearbox and engine assemblies--must also be stiffer. They are.

Added together, all of these systems, plus the diesel engine and hybrid system inside the R18 e-tron quattro, help the car to weigh less than the minimum 915-kilogram (2,017-pound) weight required for Le Mans racing; ballast is used to provide a movable, tunable weight balance.

Check out the gallery for more detailed photos of the lightweight construction of Audi's racing cars over the last 14 years.