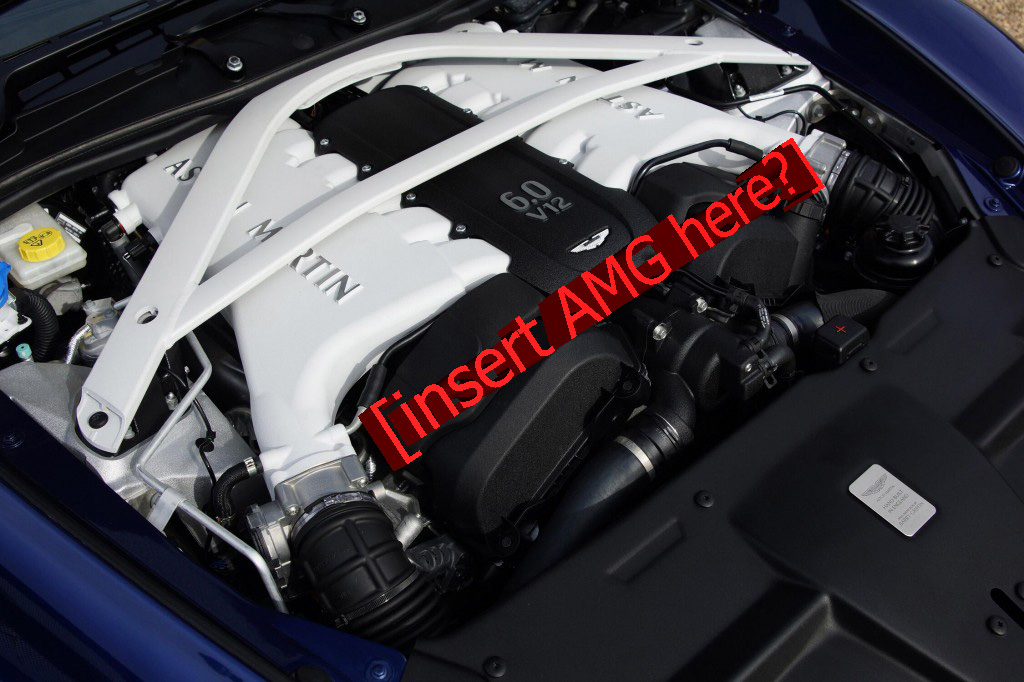 Within the next two months, Aston Martin and Daimler could be partners in an engine supply deal. Aston Martin is said to be seeking engines for its luxury-sports lineup, and Daimler is the first choice.

The news comes by way of Bloomberg, citing sources close to Aston Martin investor Investindustrial. Investindustrial has previously helped in the turn-around of Italian superbike manufacturer Ducati--a brand with its own Mercedes-AMG-related history, despite its eventual sale to Audi.

Nothing is certain as yet, however. All sides in the matter are making it clear that any potential deal is in its formative stages, and there is no imminent agreement.

That said, Investindustrial chief Andrea Bonomi has said Aston Martin is seeking to make a deal for its desired supply of engines within two months. Other manufacturers are being considered alongside Daimler.

There's also the matter of what sort of engine Aston might be seeking. Aston takes great pride in its bespoke V-12 engines, as well as its V-8s, but AMG is now building turbocharged four-cylinder engines, a field Aston Martin hasn't yet entered. Mercedes-Benz's regular passenger car engine lineup is potentially available as well, including a range of four-cylinder, V-6, and V-8 engines.

Daimler already supplies some of the world's boutique and exotic car brands with engines from its core passenger car brand, Mercedes-Benz. Clients include Pagani Automobili and its Zonda and Huayra hypercars, which use Mercedes-AMG V-12 engines.

News of the engine supply deal comes just a week after Investindustrial's $233 million investment in Aston Martin was finalized. The deal bought Investindustrial a 37.5 percent stake in the British car company.