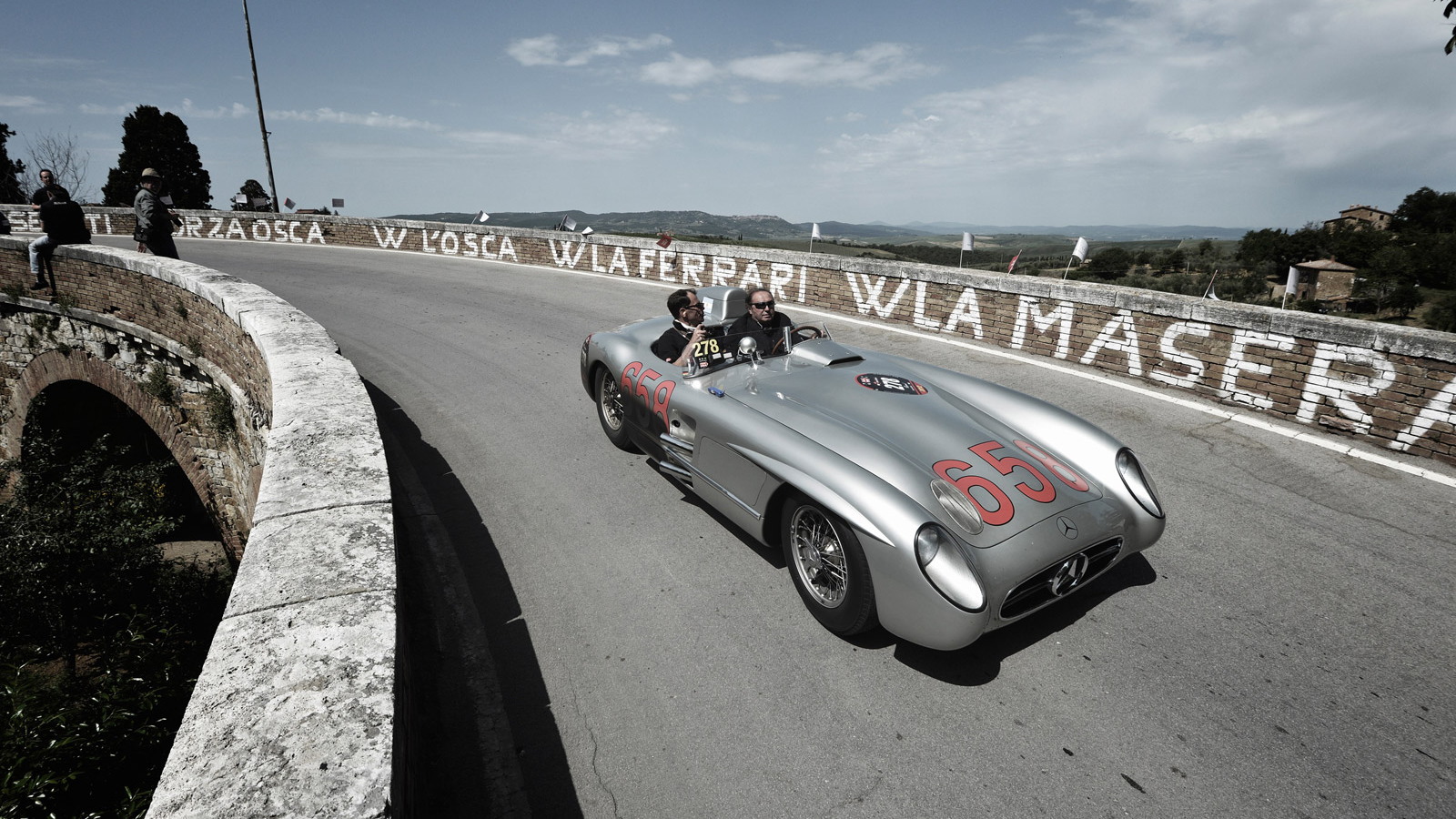 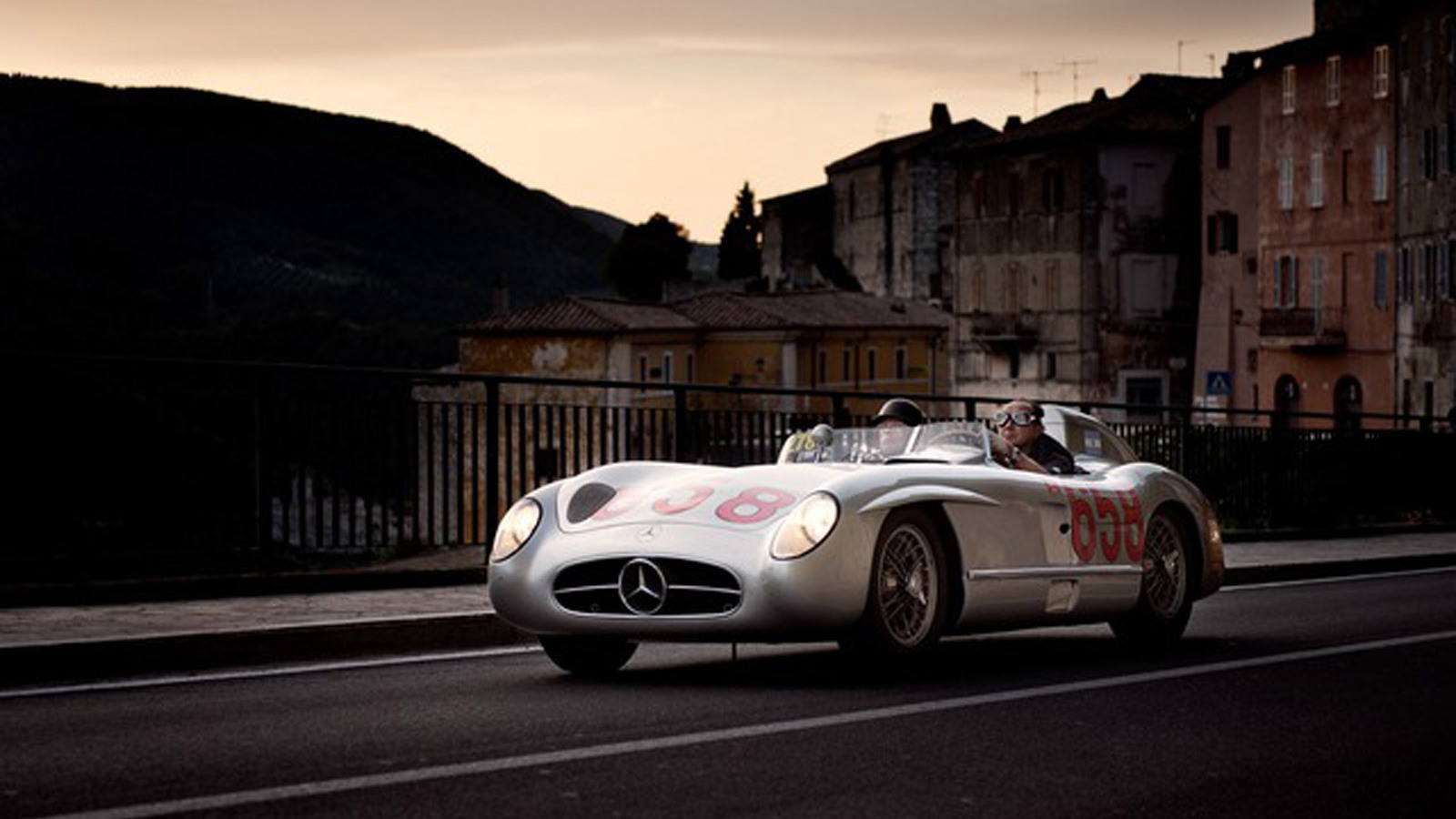 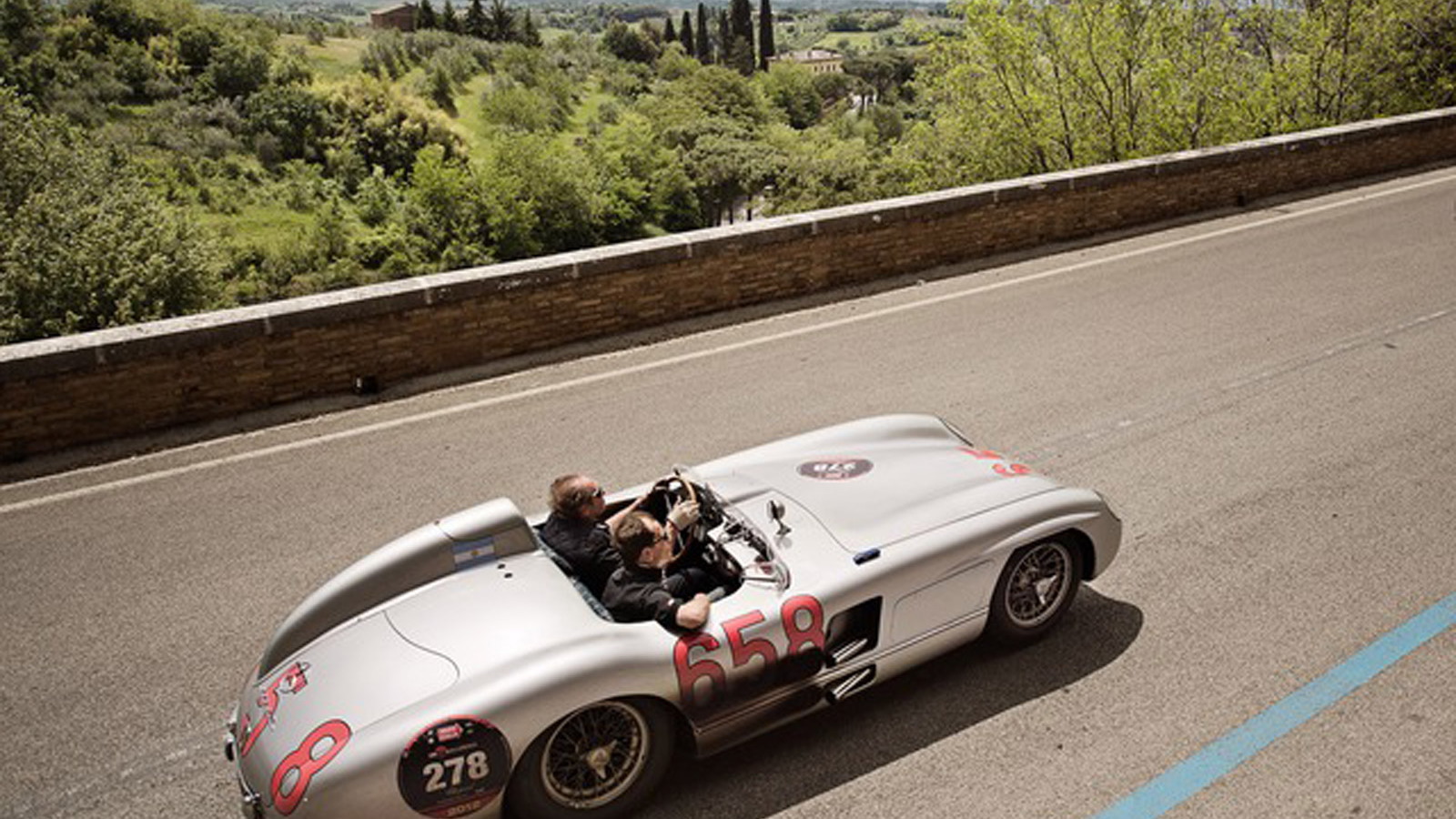 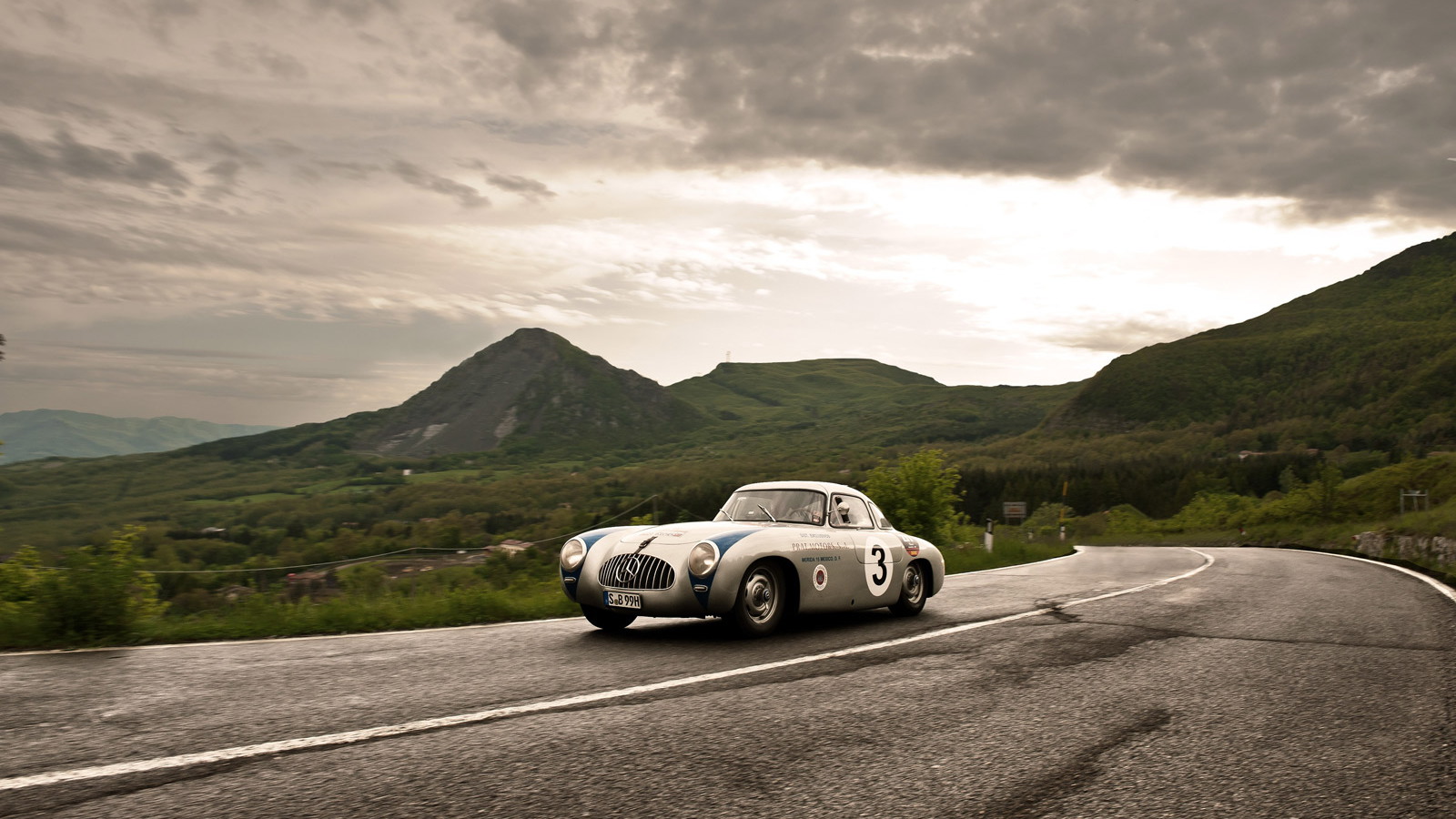 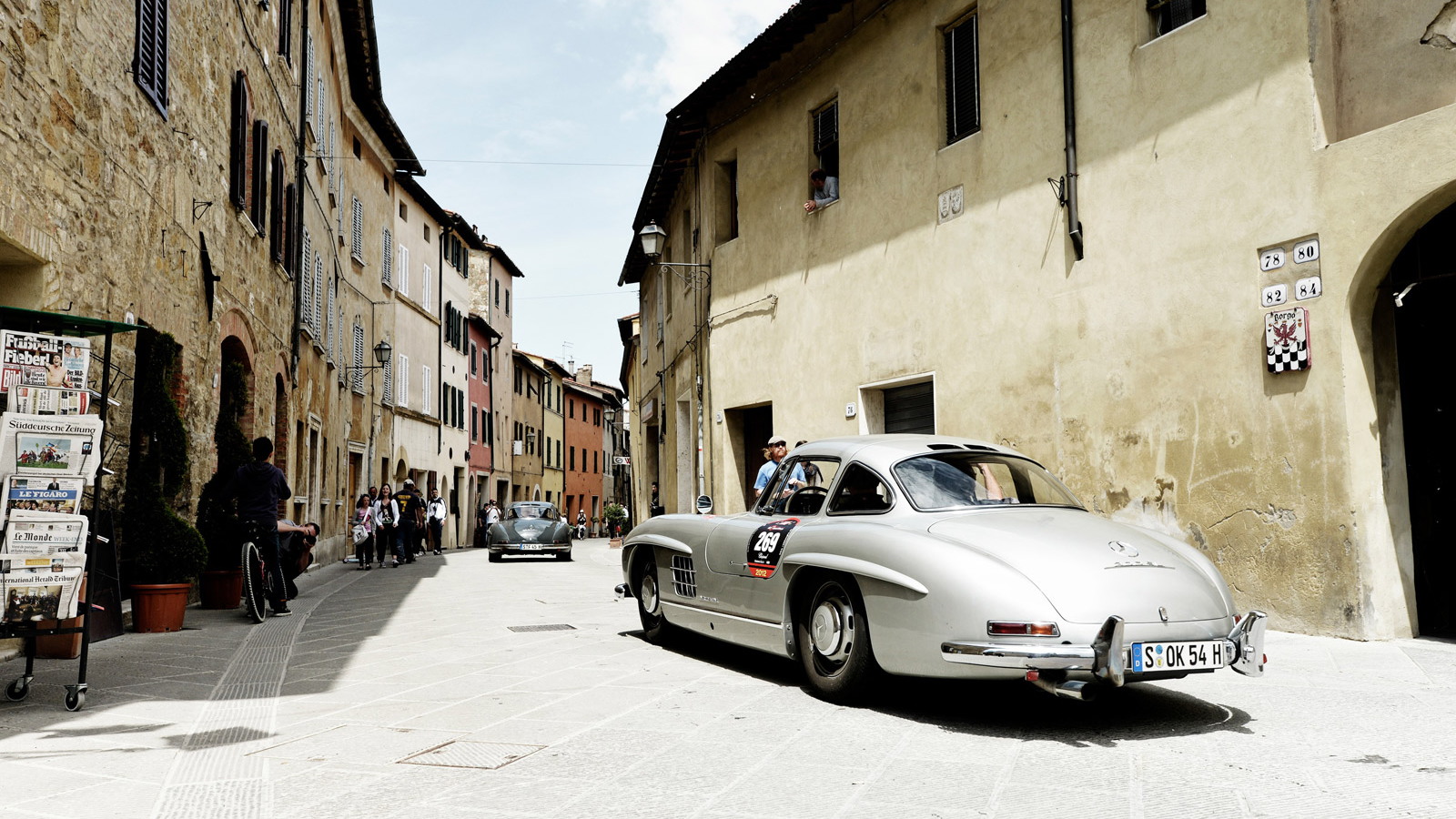 19
photos
Probably the best-known of all the classic long-distance road races, the Mille Miglia ran from 1927 to 1957, using 1,000 miles of public roads from Brescia to Rome and back.

Many now famous race cars ran that course, including those from Alfa Romeo, BMW, Ferrari and Porsche.

And of course there were the cars from Mercedes-Benz, such as the SSKL that won the 1931 race and the legendary 300 SLR that was driven to victory in 1955 by Sir Stirling Moss and Denis Jenkinson.

Mercedes was the only non-Italian brand to have won the Mille Miglia more than once and, to this day, remains heavily involved in the modern iteration of the race, the Mille Miglia Storica. Participants now drive for pleasure, not speed, and only cars of 1957 and earlier vintage are allowed.

Now, the German automaker has announced a long-term partnership with organizers of the Mille Miglia Storica.

Mercedes will serve as official sponsor of the event starting this year and will have a number of vehicles present during events. The automaker will also have a few former F1 drivers on hand at this year's event, including David Coulthard, Jochen Mass and Karl Wendlinger.

The 2013 Mille Miglia will be held from May 16-19. If you can’t make it to Italy, Mercedes’ classic car division, Mercedes-Benz Classic, will post up live reports from the event via its official website and Facebook page.