Vettel’s start from second on the grid wasn’t so smooth, and he was even passed by Ferrari’s Fernando Alonso going into the first turn. However, a KERS-assisted attack at turn six paid off, leaving Vettel free to challenge pole-sitter Nico Rosberg of Mercedes AMG.

Rosberg could only keep his lead until the second lap when he was eventually passed by the Red Bull ace. The high temperatures at the Bahrain International Circuit proved too much for Rosberg, who struggled to maintain pace and eventually fell back through much of the field.

For Vettel, it was all about building the buffer and managing the race. Using a three-stop strategy, he eventually finished with a 9.1 second gap over Lotus’ Kimi Räikkönen who finished second.

Unfortunately for Alonso, his car suffered some problems that saw him, like Rosberg, fall back through the field. Despite his mechanics’ best attempts, the DRS on his Ferrari failed after lap seven and the Spaniard had no choice but to continue without it.

His Ferrari team-mate Filipe Massa was also unlucky, suffering no less than two punctures which saw him pit a total of four times, as did Alonso, and the Brazilian was unable to make it into the points in the end.

Where the Ferrari men suffered, others gained, with Force India’s Paul di Resta managing to finish the race in fourth. He was followed by Mercedes AMG’s other driver Lewis Hamilton in fifth and McLaren’s Sergio Perez in sixth.

This was the first race in which Perez was able to prove his worth, with not even his own team-mate Jenson Button spared. At one point, Perez’s front wing touched Button’s rear wheel. 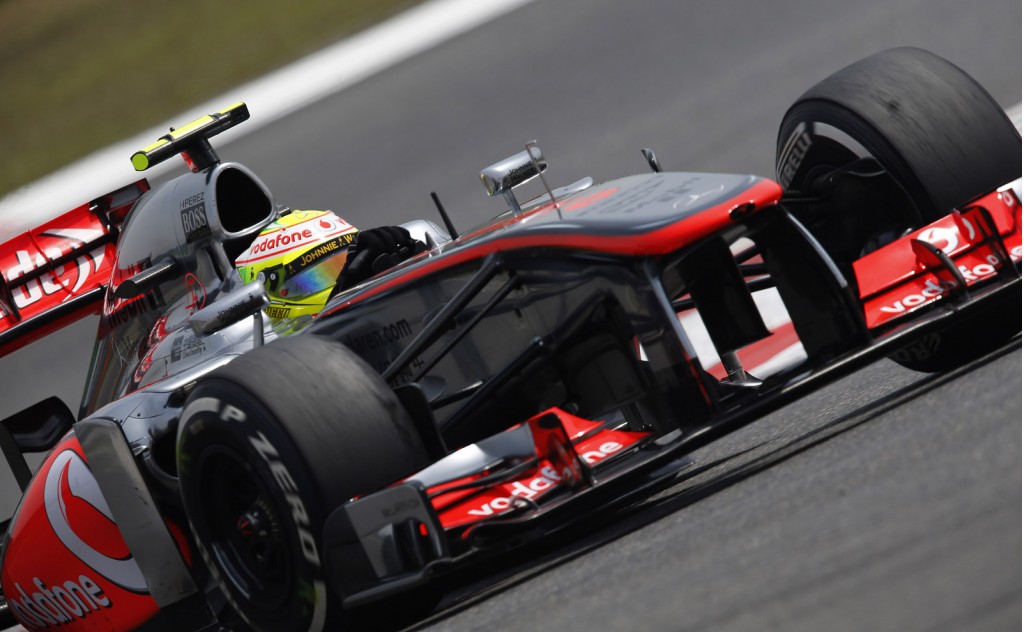 McLaren at the 2013 Formula One Bahrain Grand Prix

Red Bull Racing’s other driver Mark Webber, meanwhile, finished his 200th grand prix in seventh place after narrowly missing out on fifth due to fading tires in the final laps. He was followed by Alonso in eighth, Rosberg in ninth and Button in tenth.

With his latest win, Sebastian Vettel extends his lead in the Drivers’ Championship to 77 points, followed closely by Kimi Räikkönen with 67 points and Lewis Hamilton now moving up to third with 50 points.

In the Constructors’ Championship, Red Bull Racing remains the clear leader with 109 points, followed by Lotus with 93 points and Ferrari with 77 points.

We now have two weekends without any action, before embarking on the first European race of the 2013 season, the Spanish Grand Prix in Barcelona.