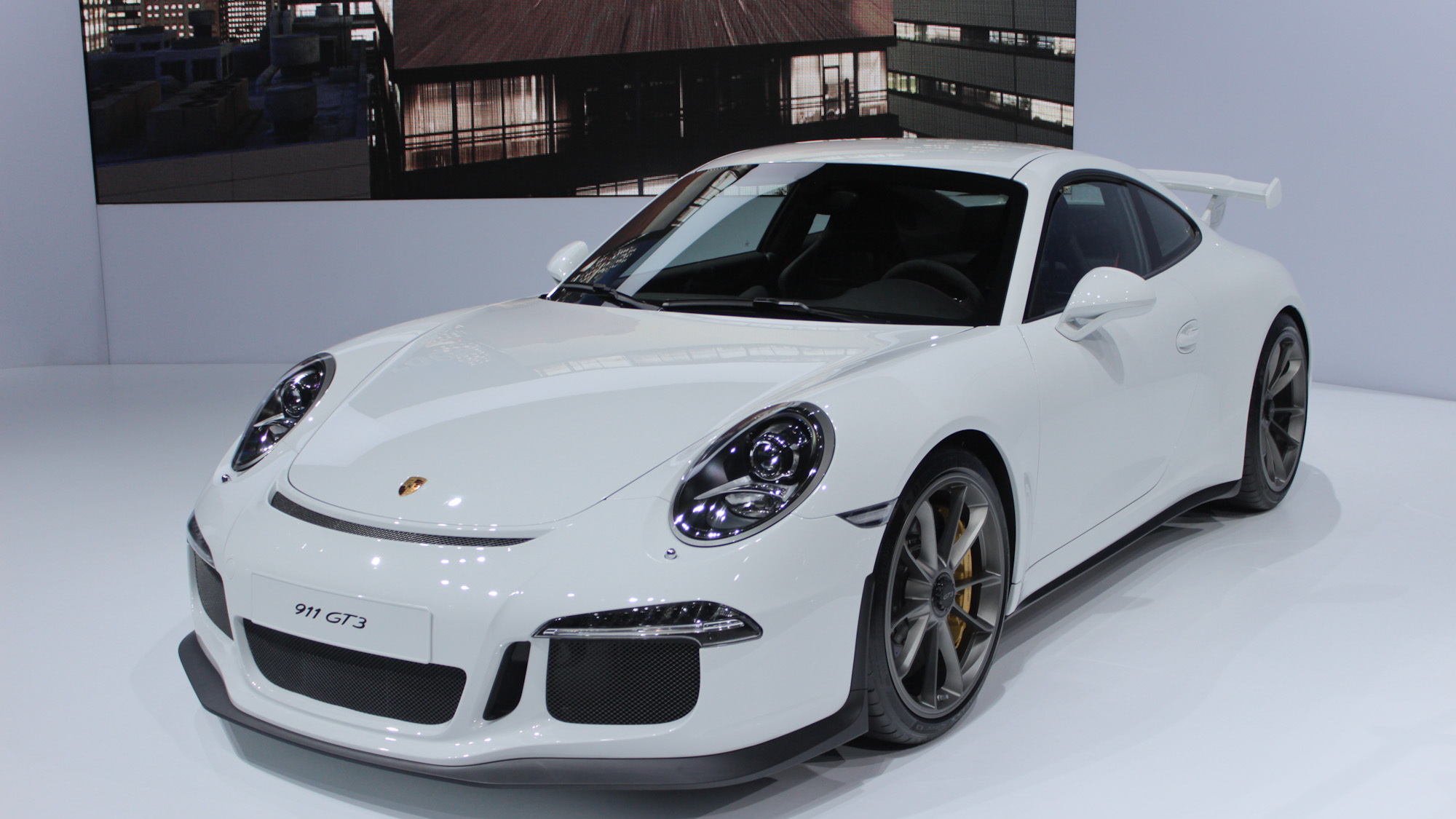 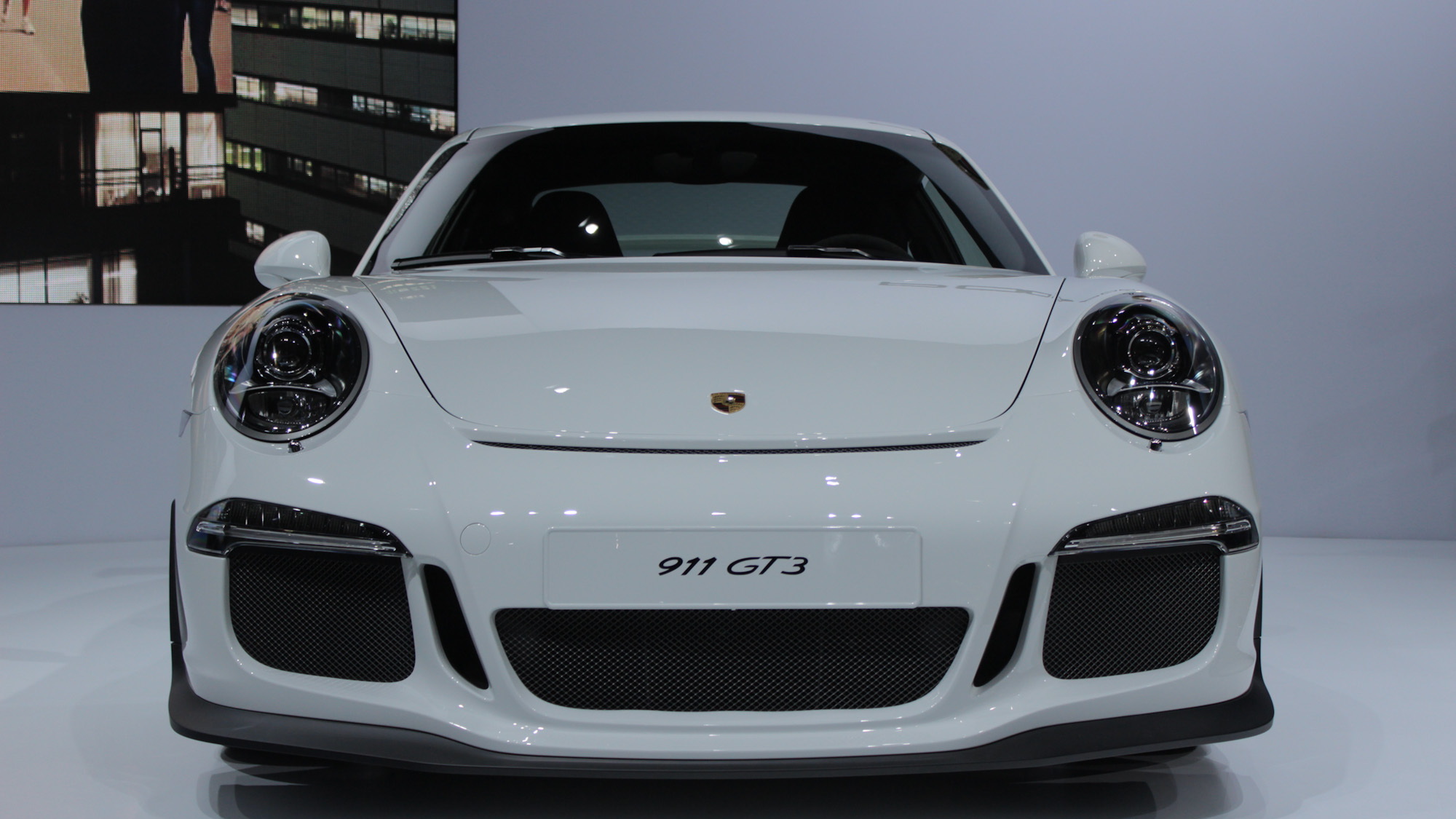 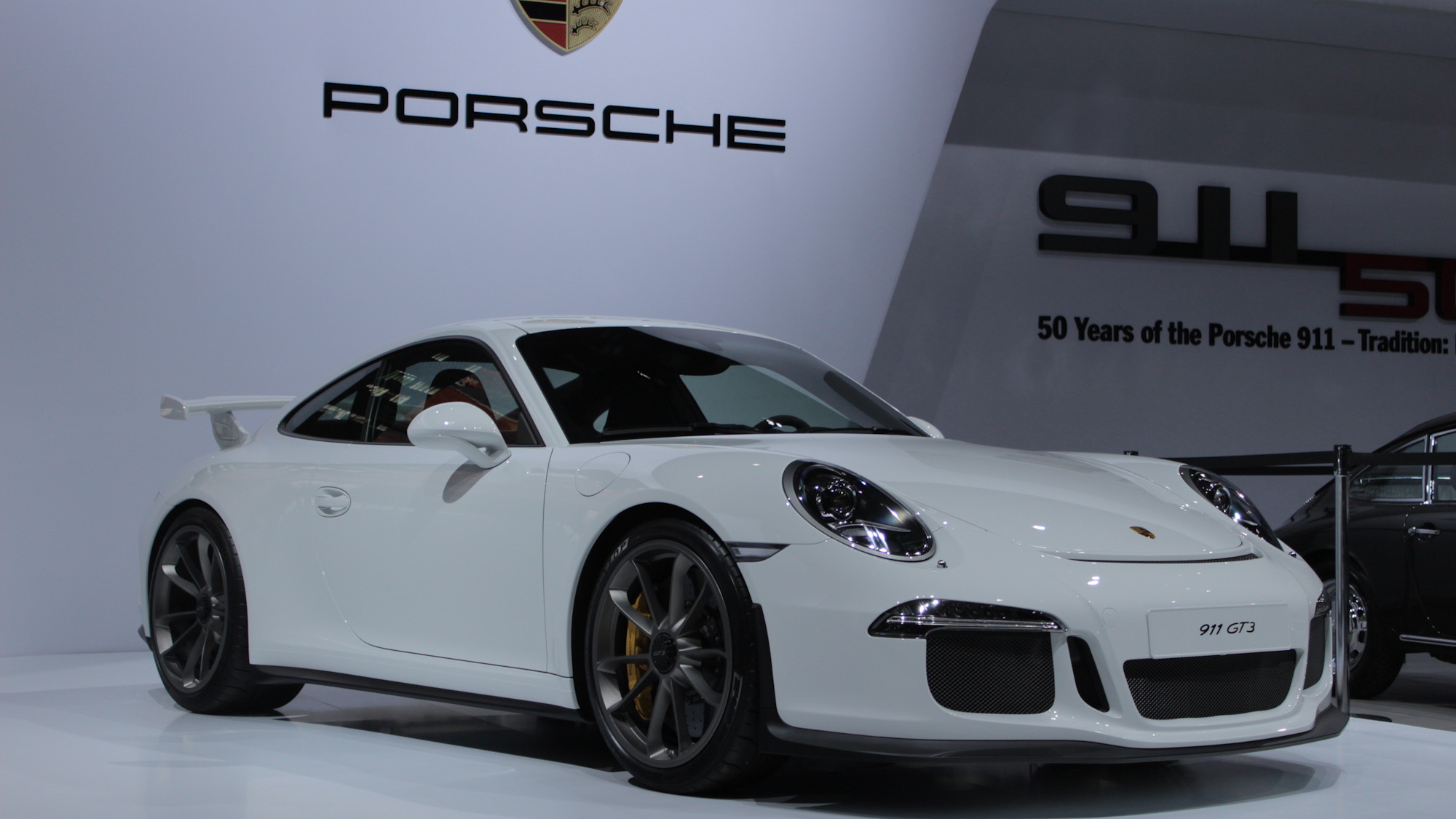 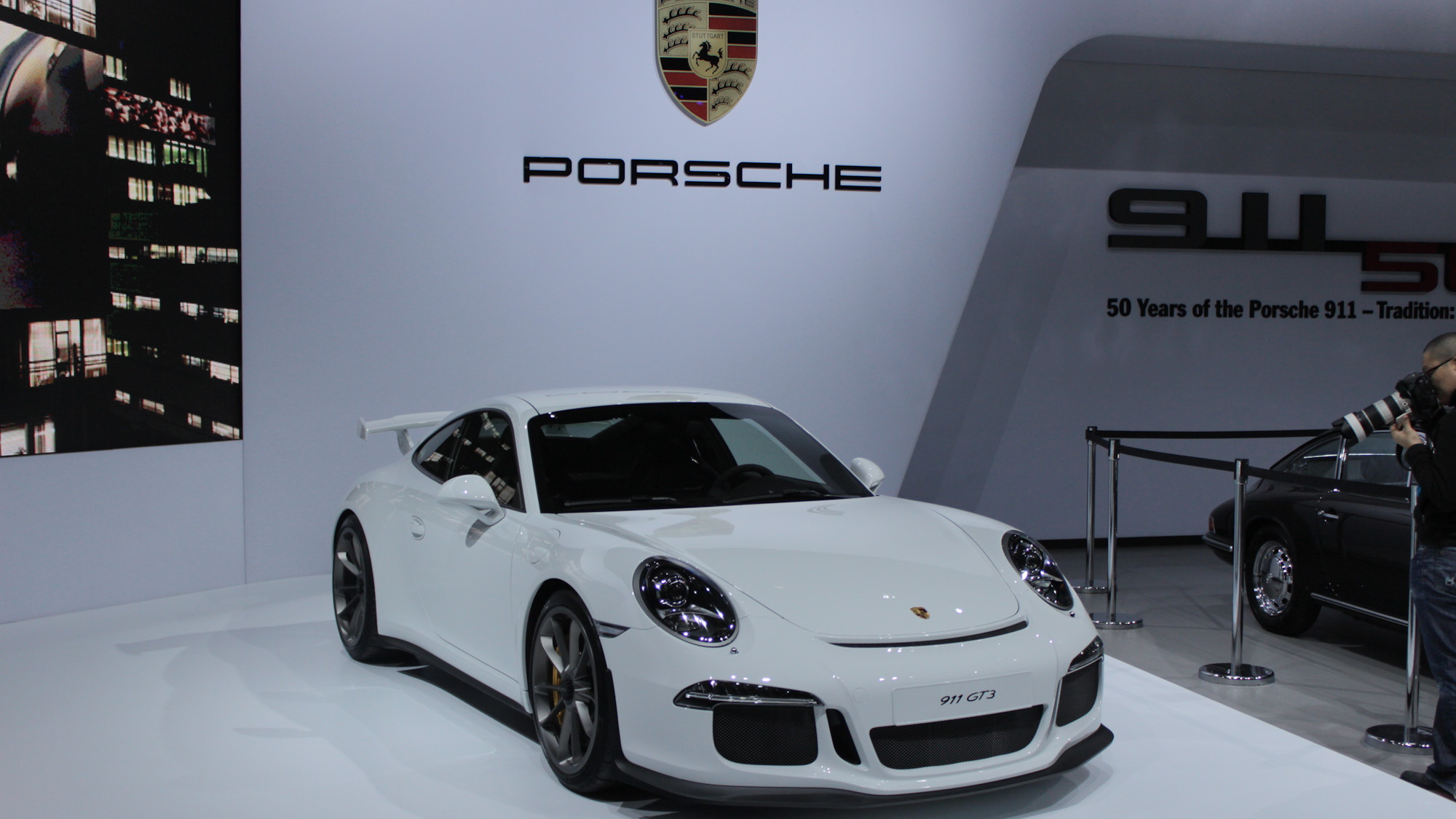 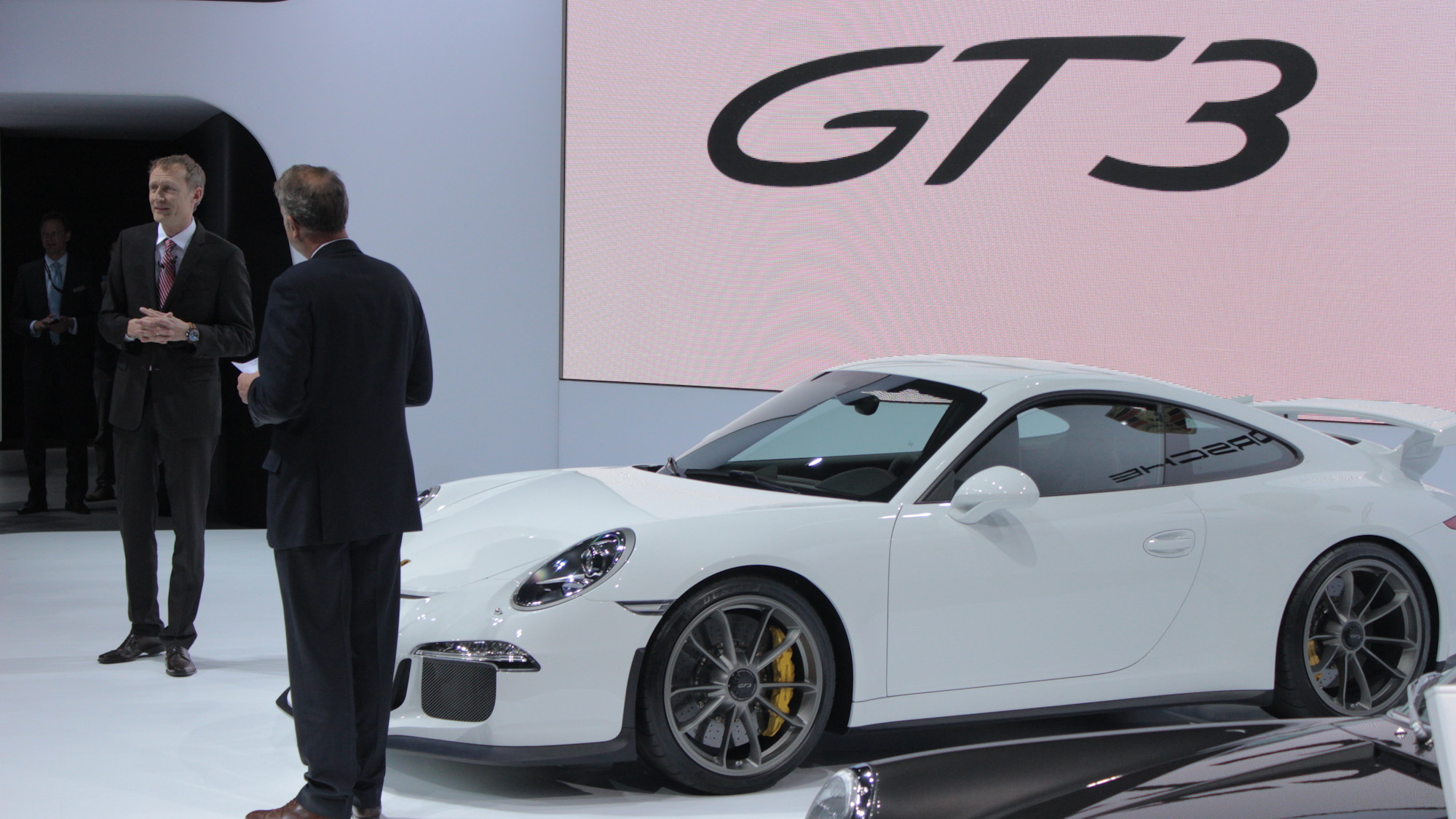 15
photos
Sure, we’ve previously covered all the details on the 2014 Porsche 911 GT3 and we’ve even brought you live images and video from the car’s global debut in Geneva. Why are we bringing you more live shots from this week’s New York Auto Show, then?

Because Porsche street-legal race car, that’s why. Because we really can’t get enough of the 3.8-liter, 475-horsepower road-going track car, and we’ll bet that most readers can’t either.

Purists aren’t happy that Porsche is dropping the six-speed manual gearbox from the 911 GT3, in favor of a PDK dual-clutch automatic, but we understand the (many) reasons why.

If you’ve ever driven a 911 GT3 or GT3 RS at speed, on the track, you know that money-shifting the engine by grabbing the wrong gear isn’t hard to do, which is why a sequential gearbox is one of the most popular upgrades for these track-driven models.

The PDK gearbox is also much quicker than even the most skilled human operator rowing a seven-speed manual, and the GT3 is all about lap times. No one likes change, but change is inevitable.

On the other hand, buyers will surely like the 0-60 mph time of just 3.3 seconds, the curb weight of 3,152 pounds and the top speed of 195 mph, which, combined with the 911 GT3’s new active rear-wheel steering, should produce a Nürburgring Nordschleife lap time of under 7:30.