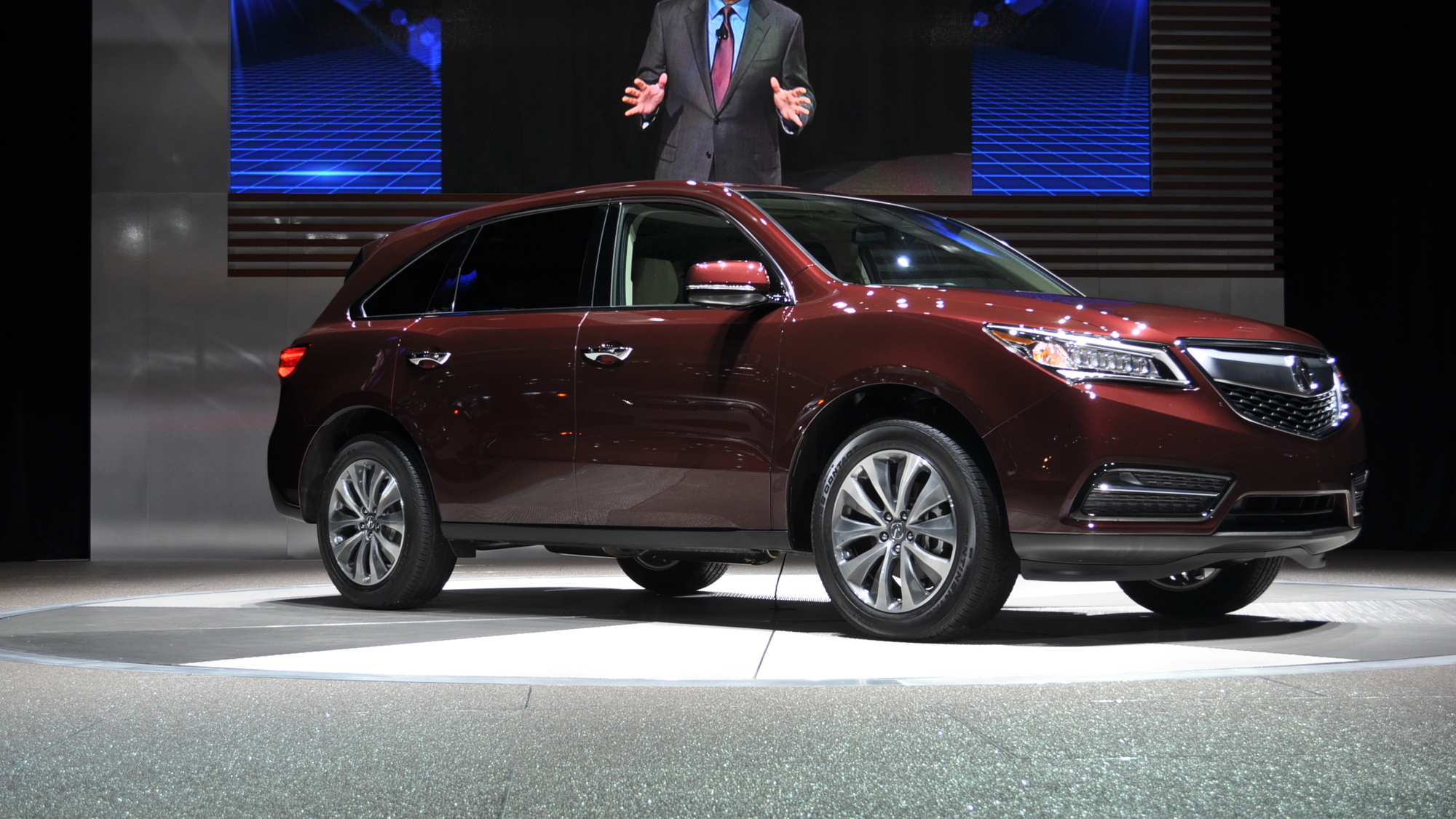 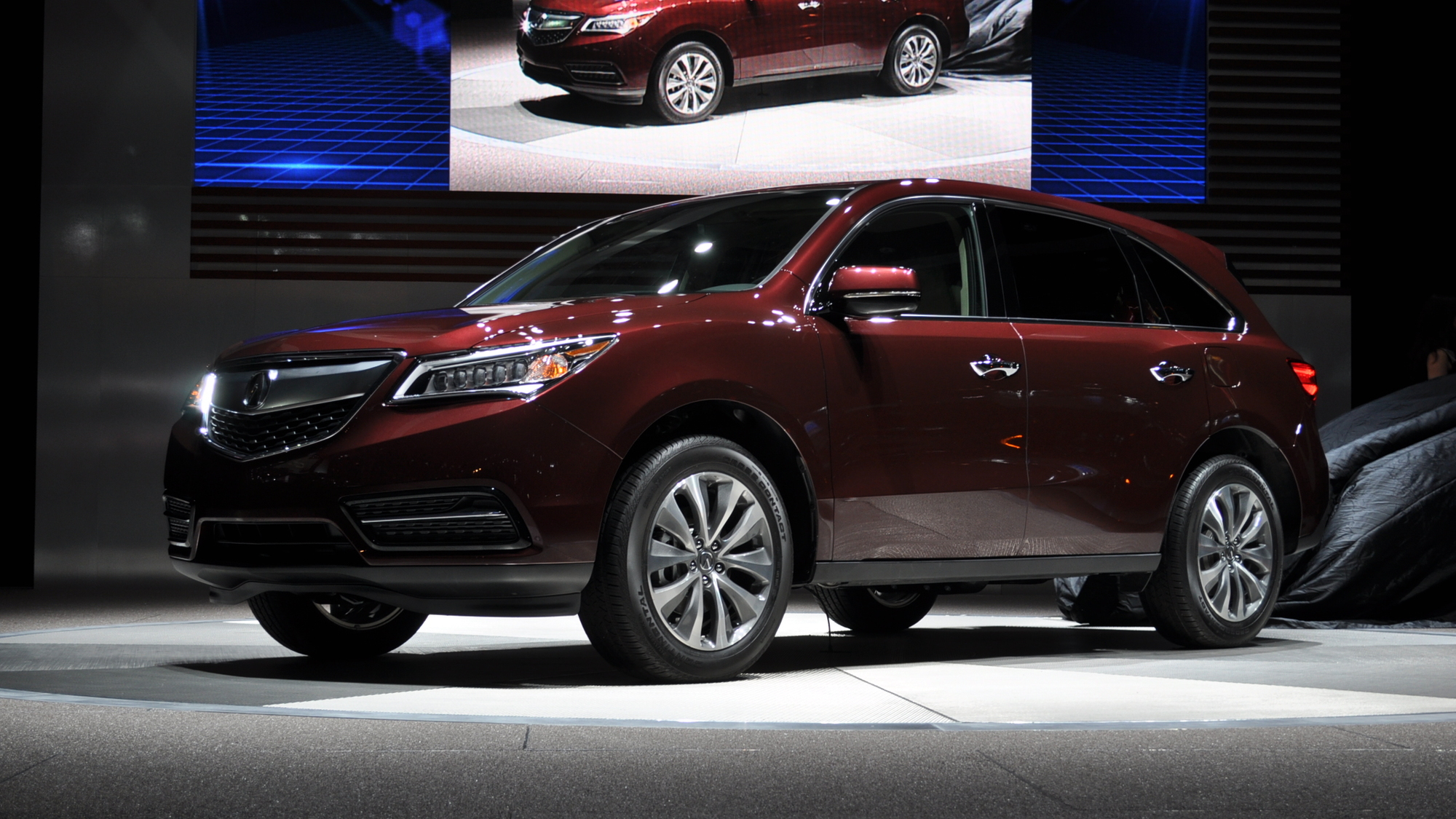 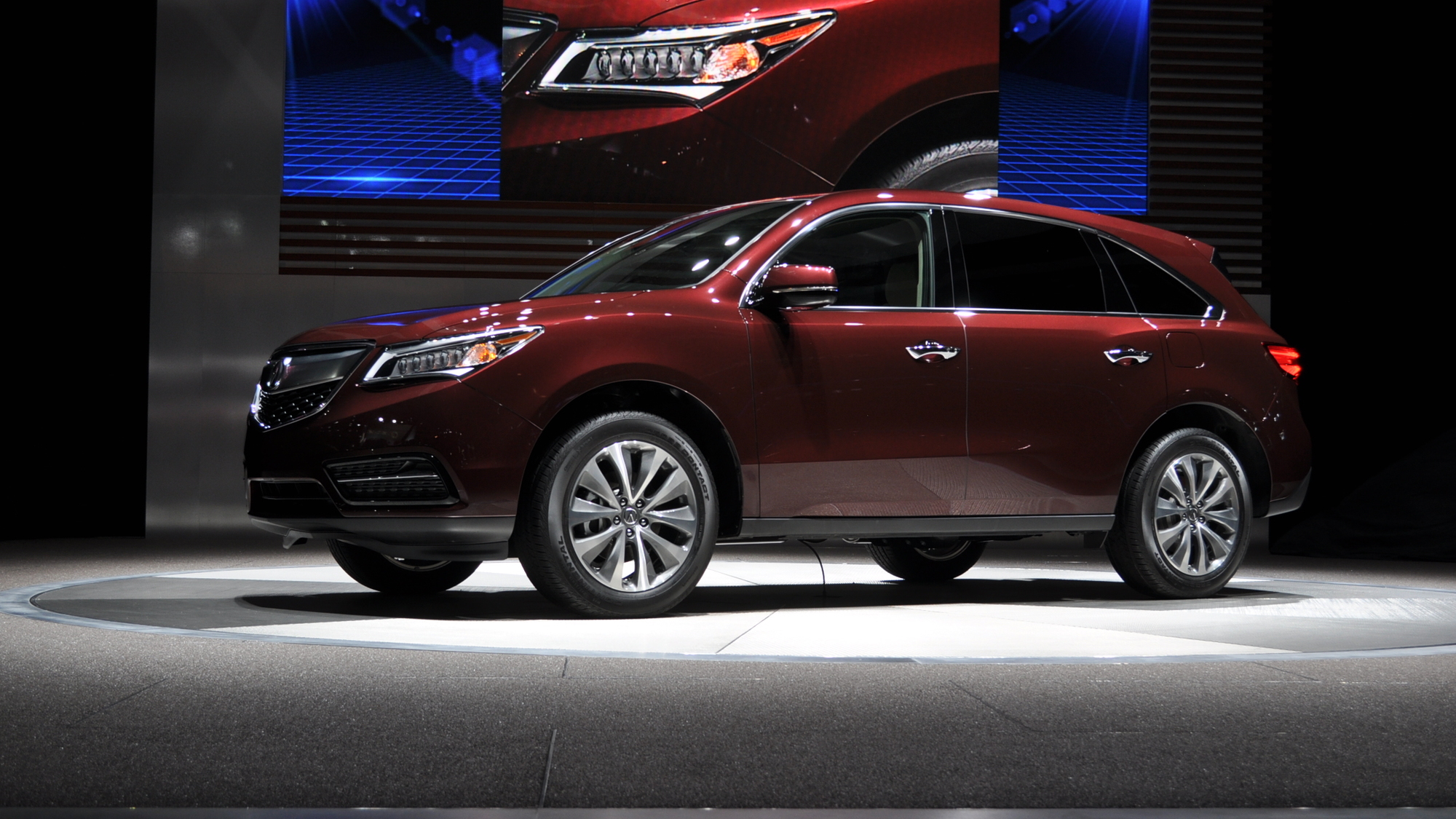 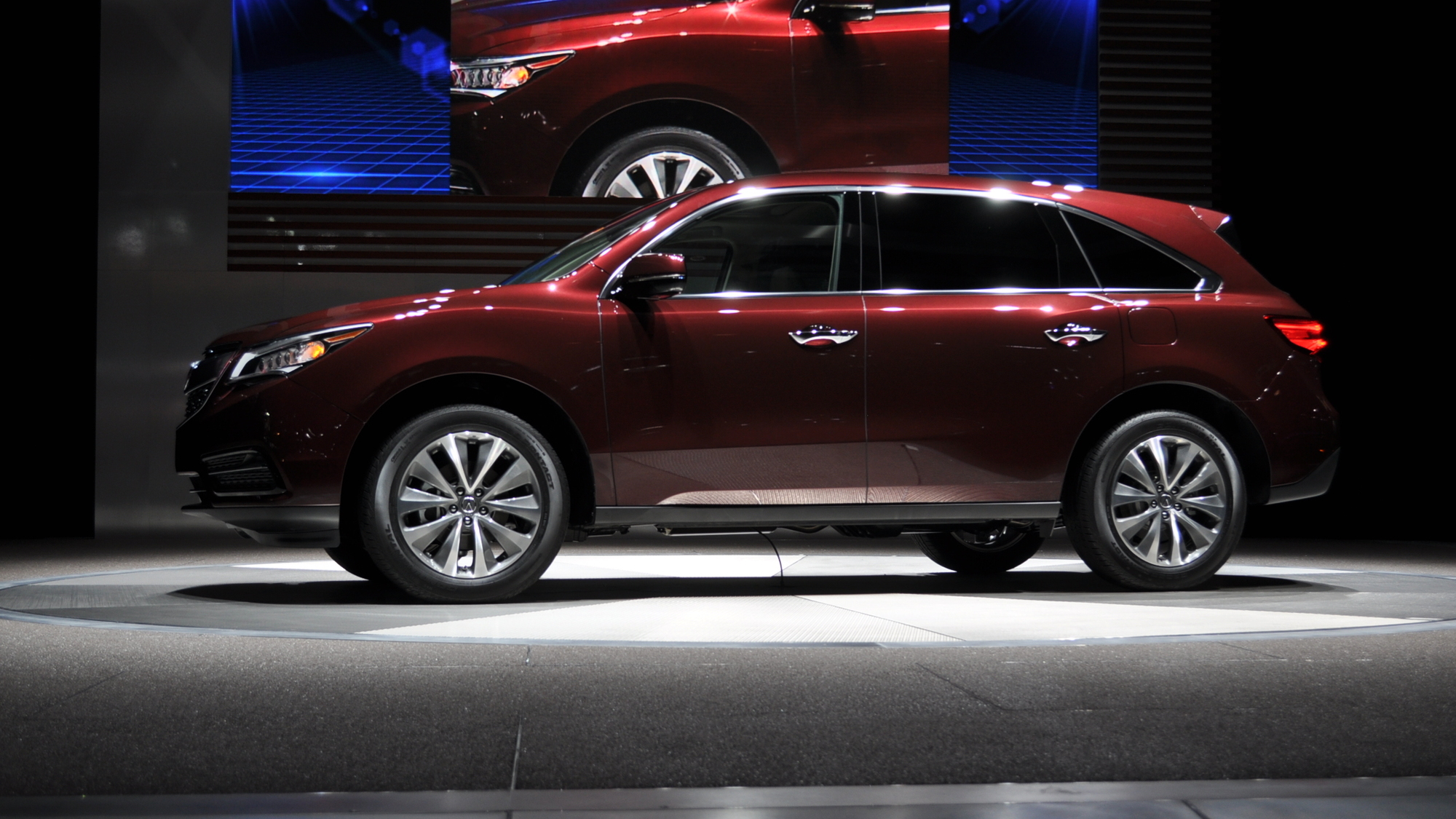 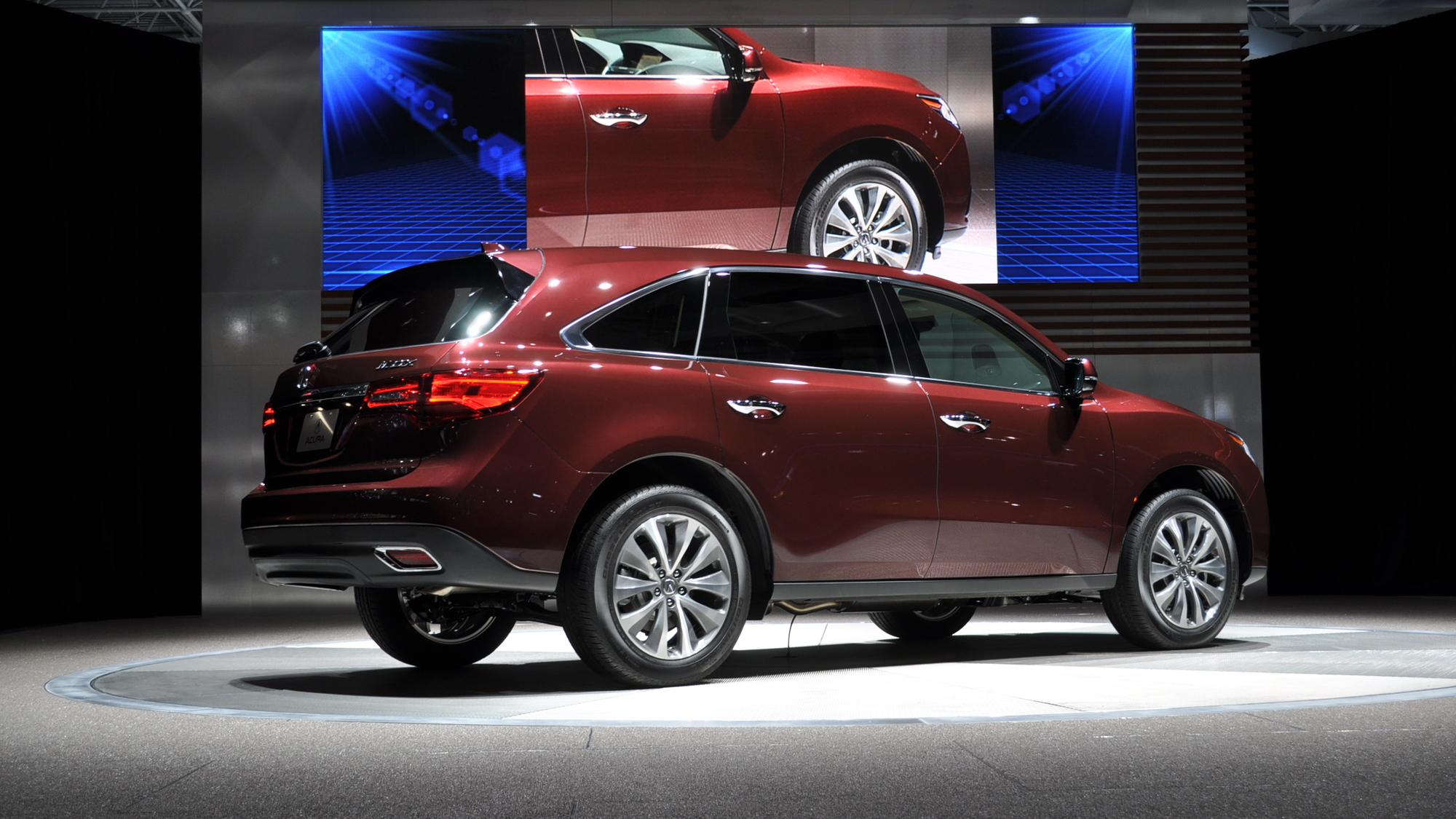 15
photos
After a string of spy shots, teasers and an official prototype, Acura has finally revealed its new 2014 MDX in production trim.

The third generation of the luxury SUV made its world debut today at the 2013 New York Auto Show, where it was confirmed the vehicle will hit showrooms this summer.

The 2014 Acura MDX rides on a brand new platform, though one loosely based on that found in the 2014 RLX sedan.

The new platform has allowed Acura engineers to increase the wheelbase of the MDX, which has led to improvements in ride quality and interior space. Length comes in at 193.6 inches, the wheelbase is 111 inches, the width is 77.2 inches and the height is 67.6 inches.

And thanks to lightweight materials such as high strength steel, aluminum and magnesium, the new MDX is around 275 pounds lighter than the outgoing model, despite being bigger.

Only one engine is available, a 3.5-liter V-6 with direct fuel injection and cylinder deactivation. Peak output comes in at 290 horsepower, which is channeled to the wheels via a six-speed automatic transmission with paddle shifters.

To improve handling, the new MDX was extensively tested on the grueling Nürburgring race track in Germany. Here, engineers were able to fine-tune the vehicle’s new “Integrated Dynamic System,” which allows drivers to adjust variables such as steering effort, throttle response, the all-wheel-drive system (if equipped) and even the sound of the engine, the latter of which is actually synthesized.

The interior of the 2014 Acura MDX boasts ample space for seven, split over three rows. Third-row ingress and egress is significantly improved by a two-inch lower step-in height and three-inch wider entryway, and by the introduction of a new “One-Touch Walk-In” feature. At the touch of a button, the second-row seats automatically fold and slide to their forward-most position.

Up front, there is a 10-way power adjustable and heated driver’s seat and an 8-way power and heated passenger seat. Front-seat passengers also have access to the AcuraLink interface, which relies on a 7-inch touch-screen display. Available packages add a DVD rear entertainment system with a 9-inch screen for the rear seats, or even a 16.2-inch with HDMI compatibility for devices such as a game console.

In terms of safety, buyers will find features such as a rearview camera, lane departure and blind spot monitoring, adaptive cruise control and a forward collision mitigation system.  There’s also the usual array of electronic stability, brake force distribution and traction control. Airbags include front, front side, driver’s knee and side curtain with rollover sensor.

Production is taking place at Acura’s plant in Lincoln, Alabama.