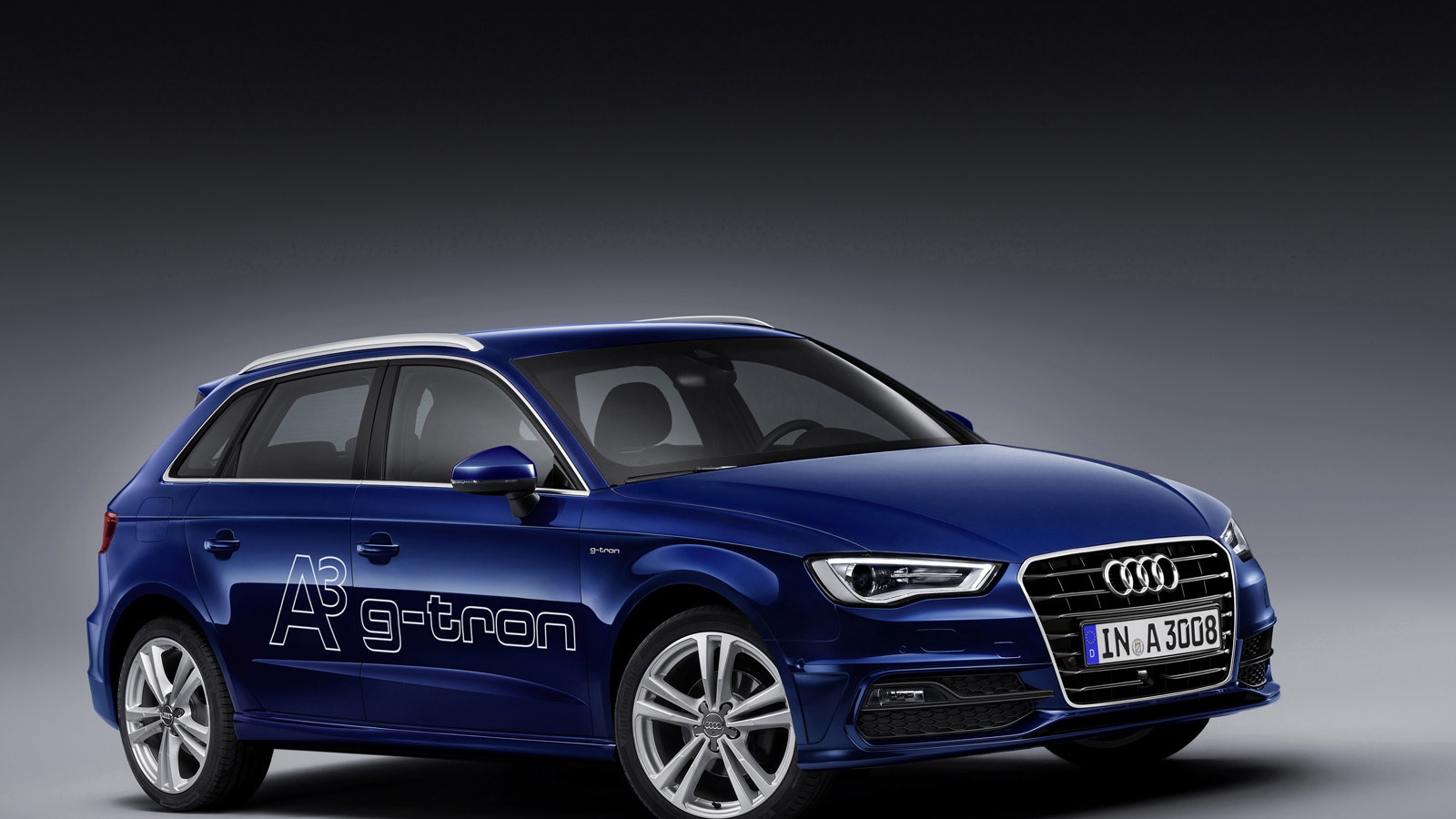 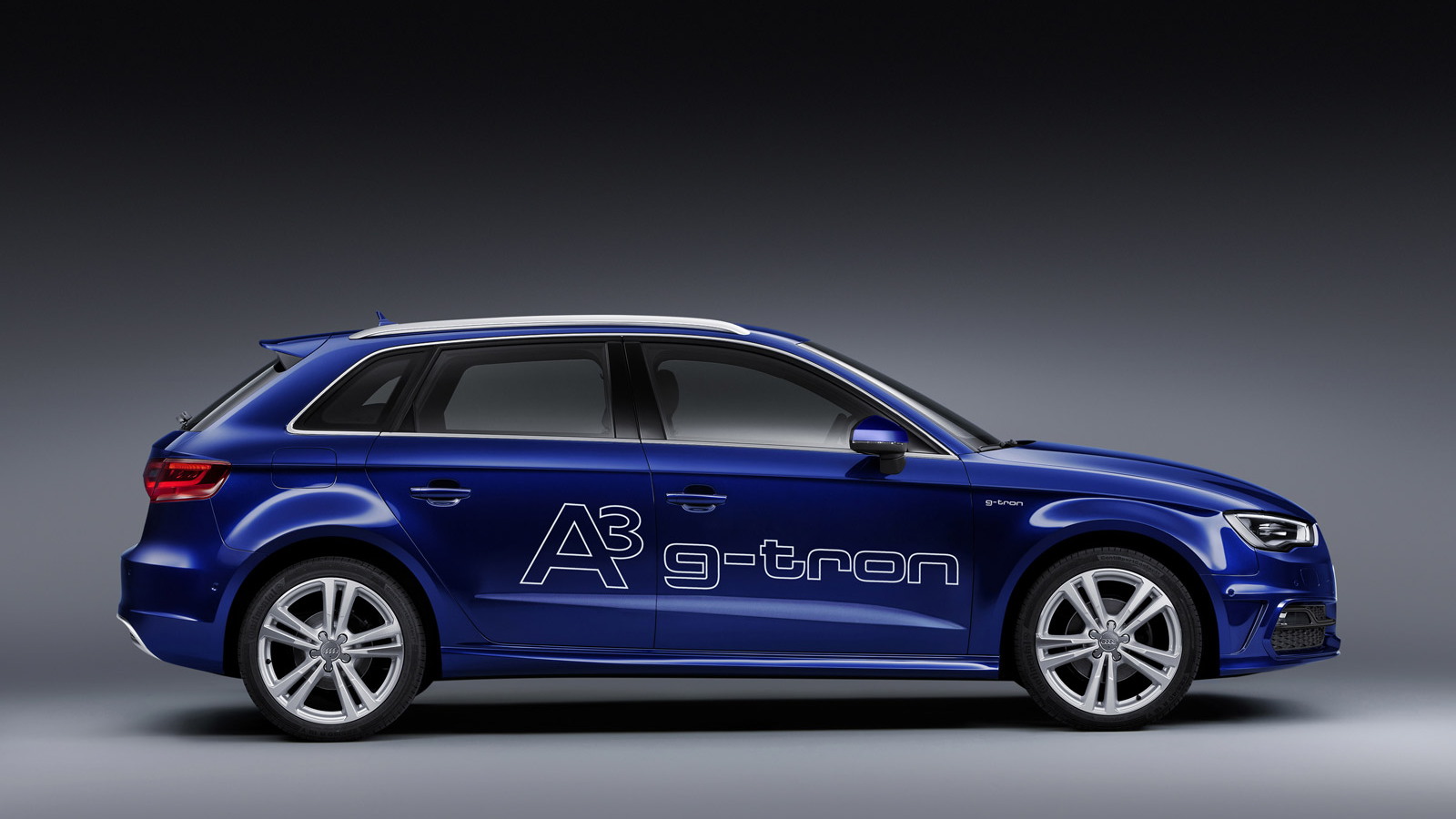 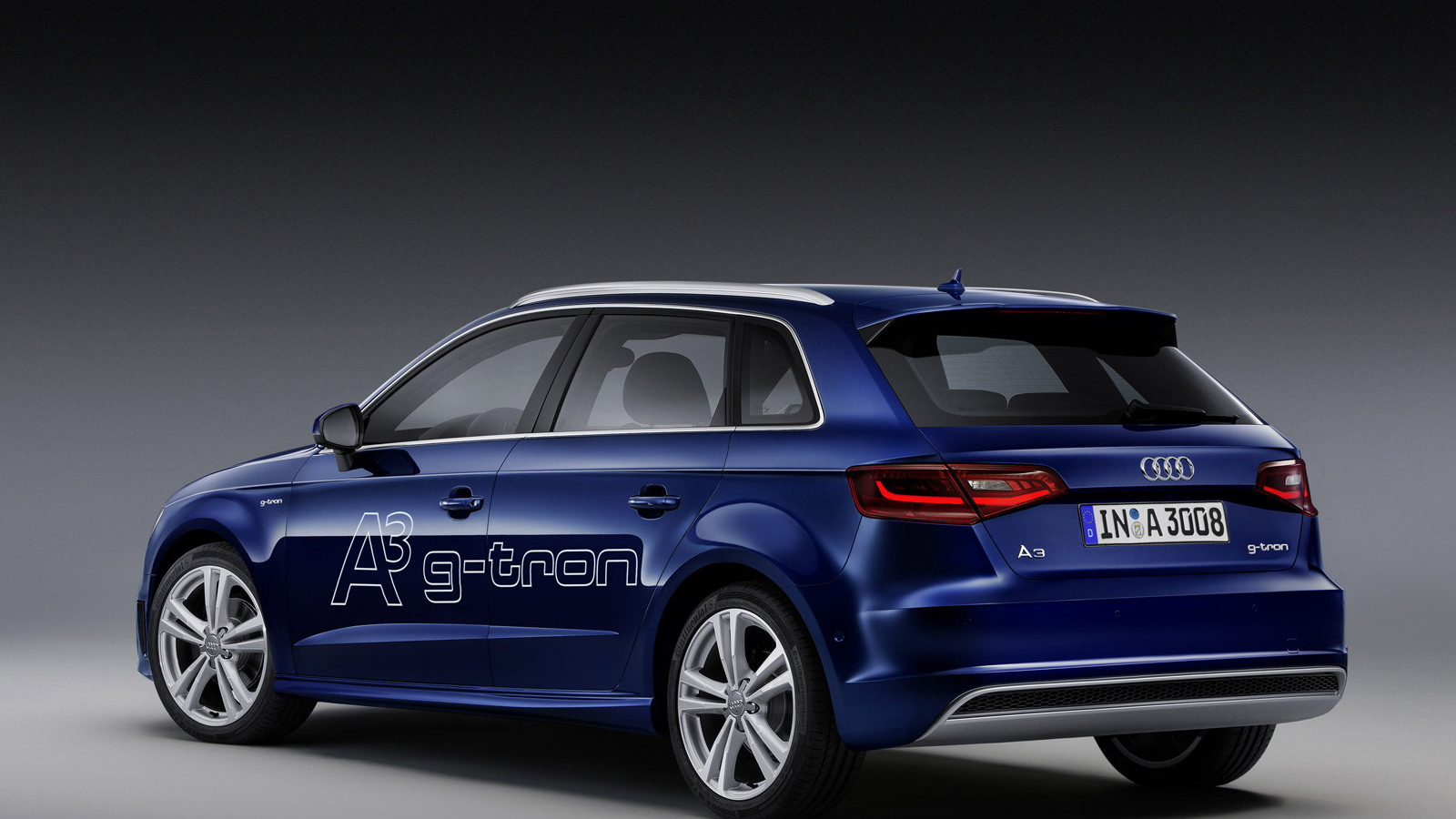 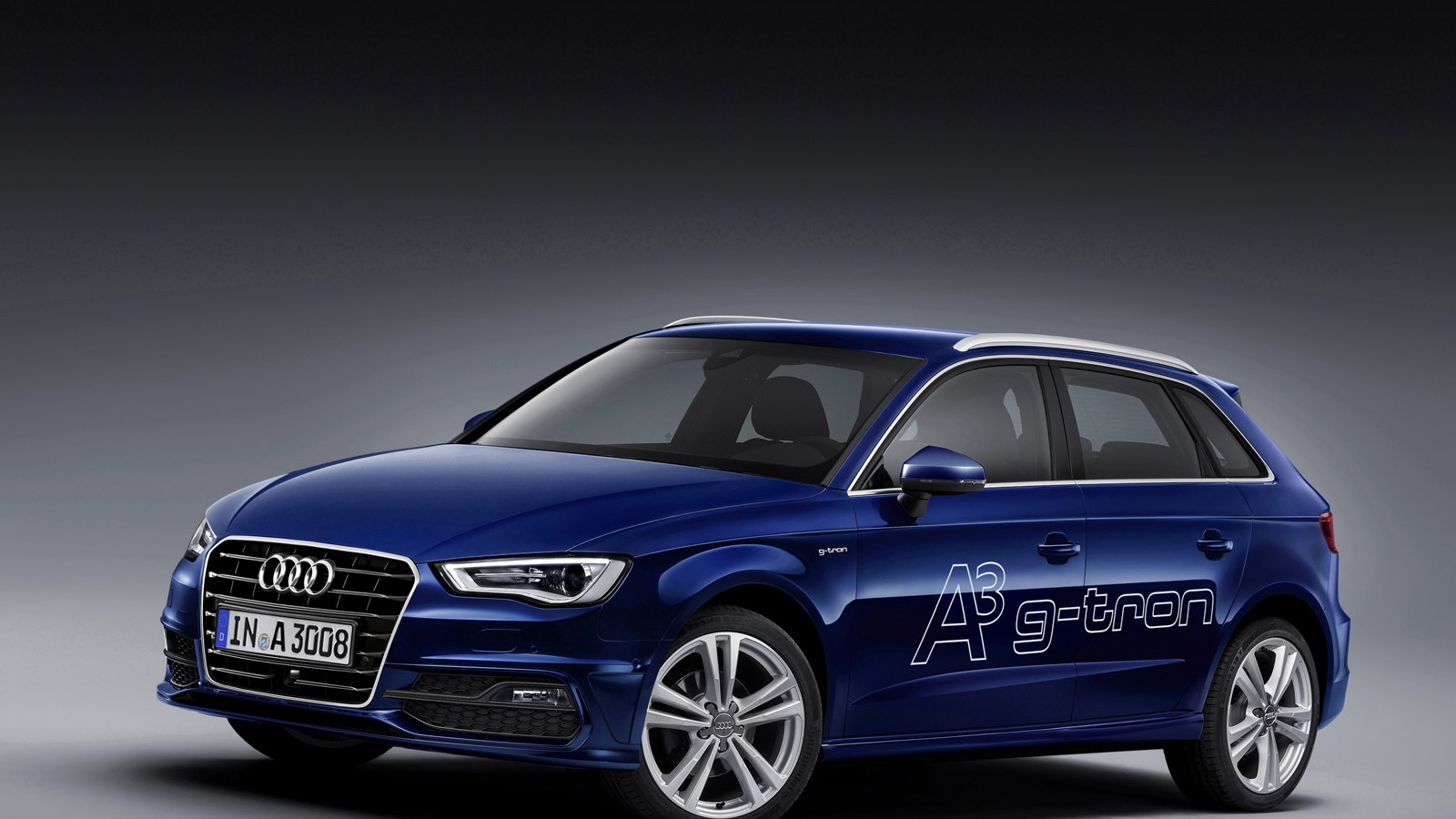 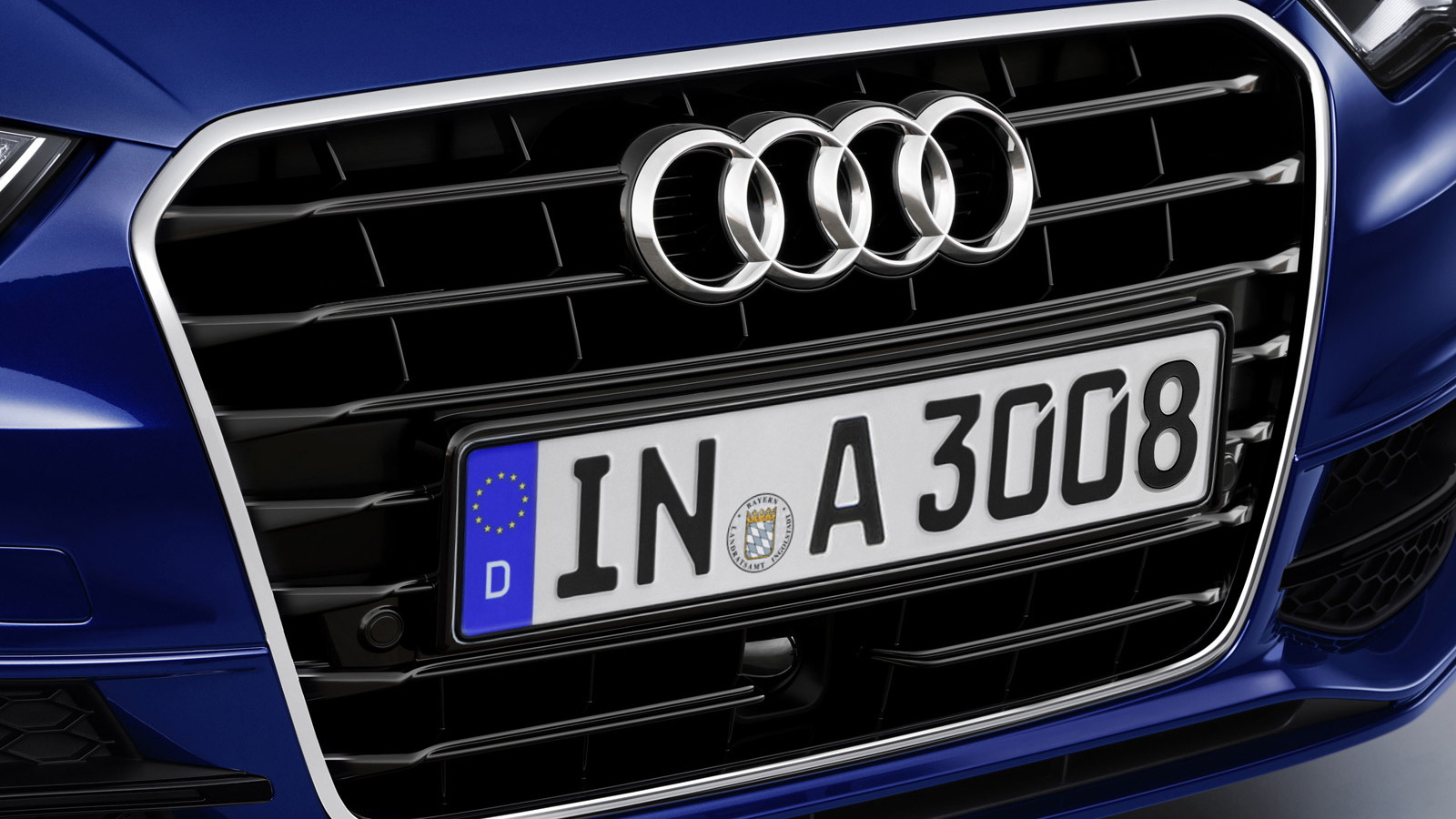 12
photos
About two years ago we reported that Audi would eventually add six different powertrain types to its A3 range, offering everything from regular gasoline and diesel engines to advanced electrics and plug-in hybrids.

In addition to the gasoline and diesel A3s already on sale today, we’ve been shown previews of an A3 e-tron battery-powered electric and an A3 e-tron Plug-In Hybrid.

Today, Audi has taken the wraps off its natural gas-powered A3, the new 2014 Audi A3 g-tron, which is set to appear next week at the 2013 Geneva Motor Show before hitting European showrooms by the end of the year.

While cars powered by natural gas are nothing new, we’ve rarely seen this capability in the luxury segment. Though the burning of natural gas is cleaner than gasoline, a required lower compression ratio means slightly less power. Storage for the natural gas can also take up much of the trunk.

But rather than simply install a natural gas-capable engine in its A3, Audi is taking a more responsible ‘well-to-wheel’ approach. The brand with the four rings plans to generate its own synthetic natural gas for its customers, using wind farms located in the North Sea just off the coast of Germany.

Yes, Audi is set to become an energy provider as well as a car company. Audi’s synthetic natural gas, called e-gas, is created in a process called methanation (see diagram below), which actually absorbs C02 from the air during production. This means that when it’s finally burned in a vehicle like the A3 g-tron, the whole system is virtually CO2 neutral.

As for the car itself, it actually needs a small amount of gasoline to function as well, which means the engine can run on either gasoline or natural gas. The filler necks for each of the fuels are placed under a common fuel flap. After refueling, and whenever it is very cold, the engine is started with gasoline initially, and then switched over to natural gas as quickly as possible.

The engine is a 1.4-liter four-cylinder unit with both turbocharging and direct-injection technologies. Peak output is 110 horsepower and 147 pound-feet of torque, which is enough for 0-62 mph acceleration of around 11 seconds. On average, around 7.7 pounds of natural gas is used to travel 62 miles, which means the car has a total range of about 250 miles on natural gas alone. Using a full tank of gasoline as well helps boost the range to 560 miles. Of course, in most countries, natural gas is considerably cheaper than gasoline.

Audi hasn't mentioned yet what markets, other than Europe, its new A3 g-tron will be offered in.