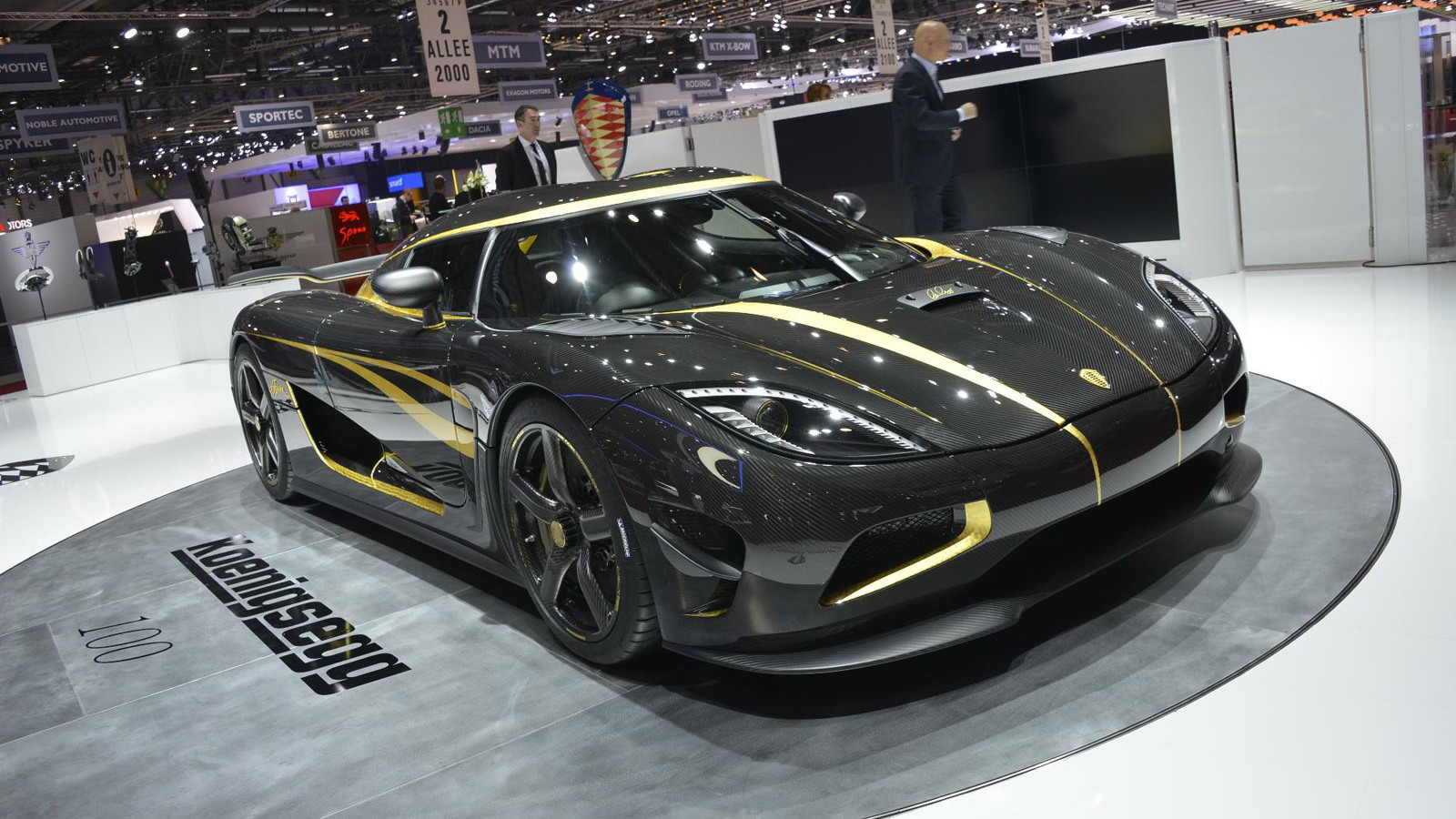 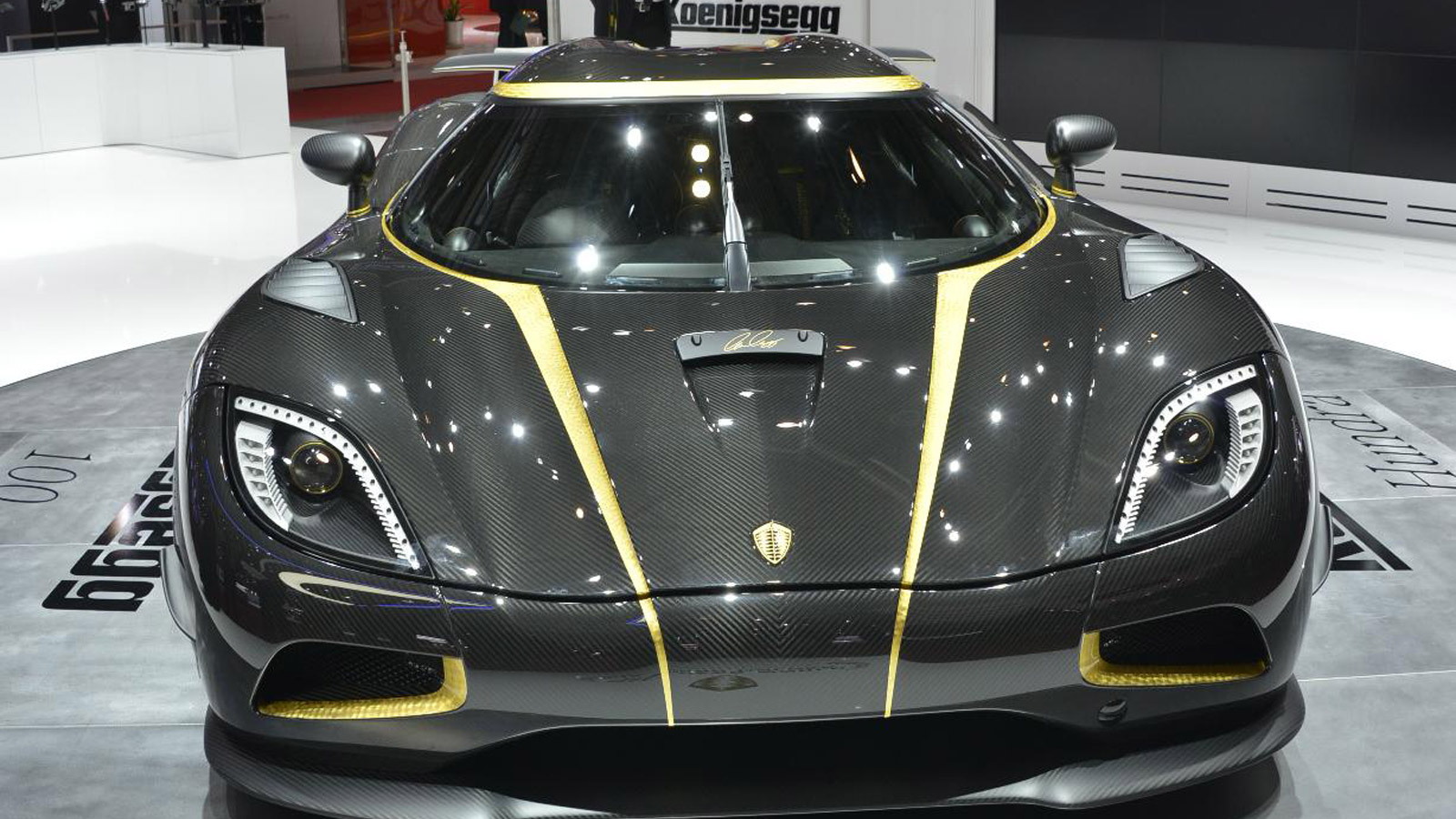 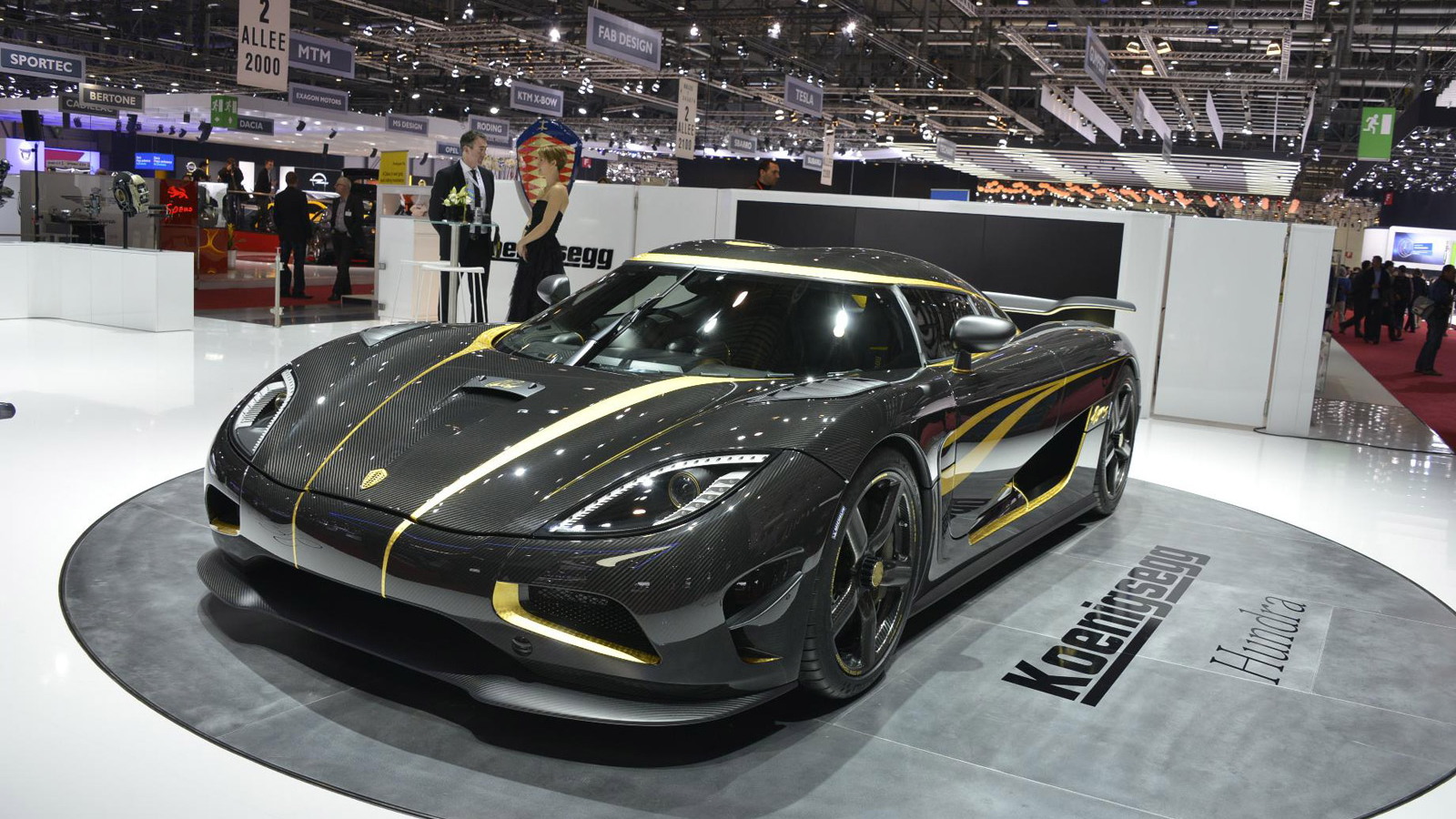 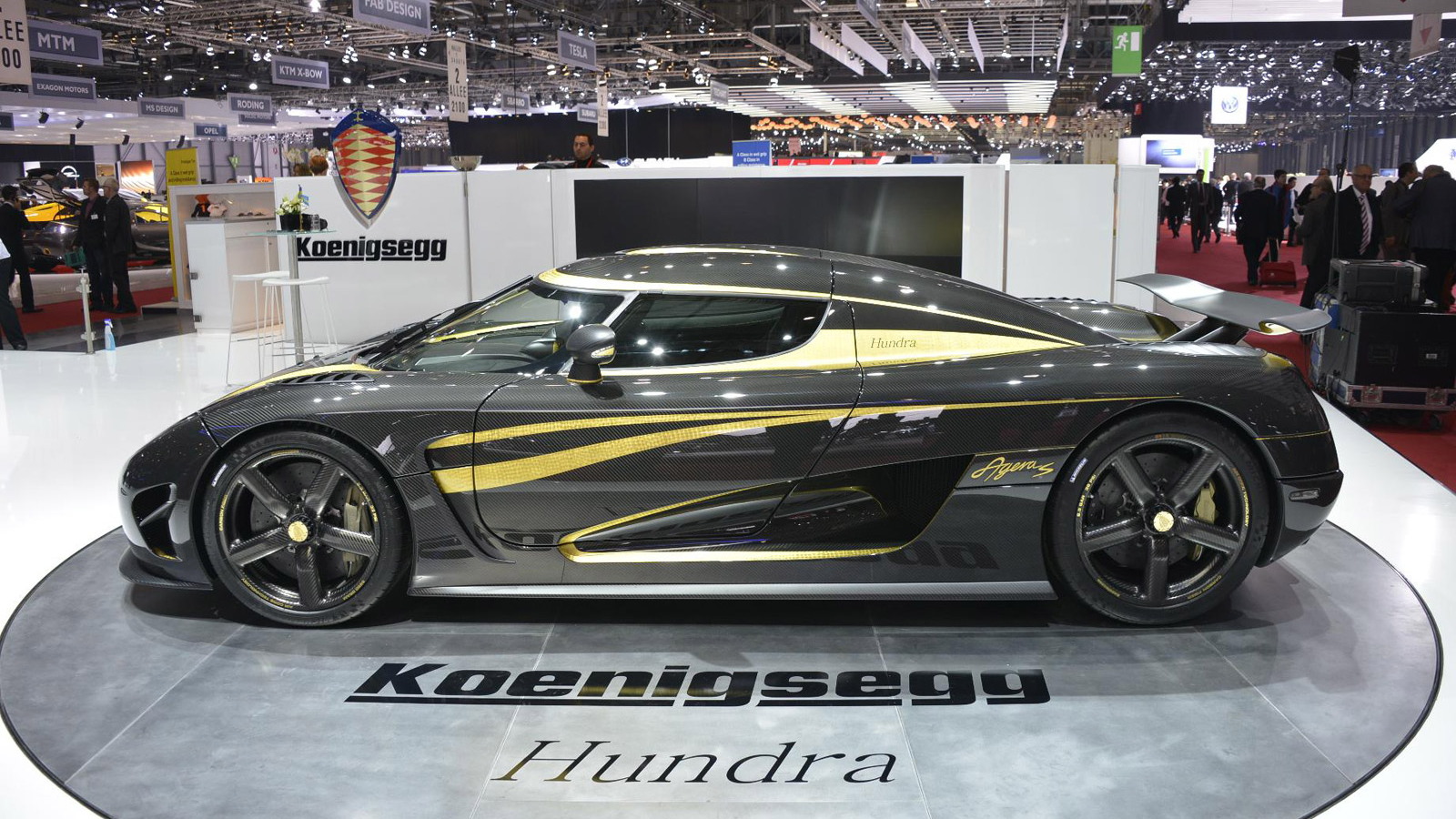 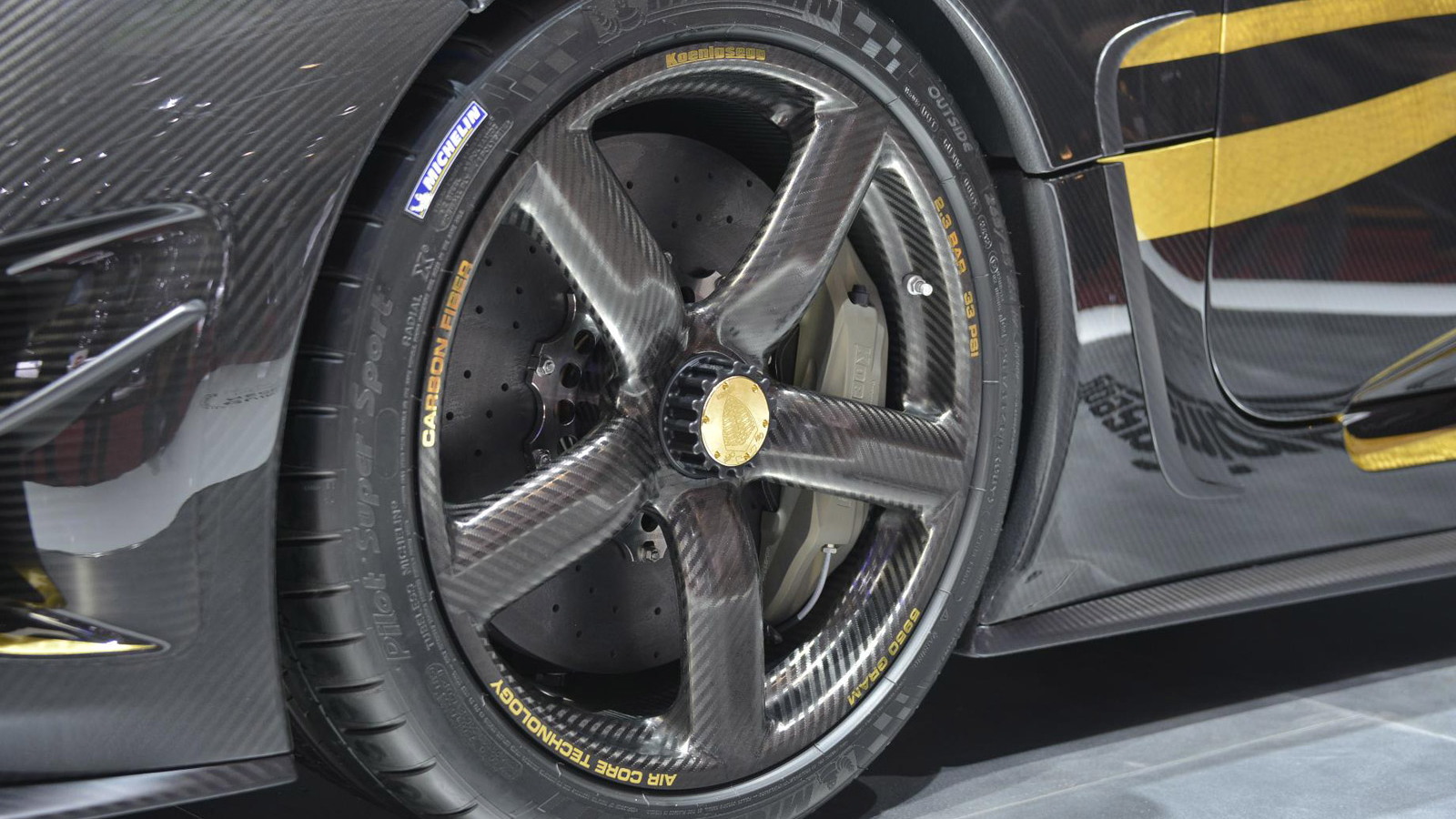 The Hundra, whose name is essentially Swedish for “hundred,” is Koenigsegg’s 100th model built for a customer, and as these live photos confirm, it’s one of the best executions of Koenigsegg’s finicky carbon fiber constructions we’ve seen yet.

The car’s exterior has been lined with 24 carat gold leaf pinstripes while the rest of its surfaces have been left bare.

It was designed to the wishes of an anonymous collector, who also requested that it feature a right-hand drive configuration. He is believed to live in Hong Kong and have paid as much as $1.6 million for the car.

Like the Agera R already on sale in the U.S., the new Agera S, which the Hundra is based on, features a twin-turbocharged 5.0-liter V-8 engine matched to a seven-speed dual-clutch transmission. Peak output stands at 1,016 horsepower and 811 pound-feet of torque, and the curb weight is just under 3,100 pounds.

Koenigsegg says the Agera S is tuned to run on 98 octane gasoline and will hit 62 mph from rest in 2.8 seconds. The car also feature’s Koenigsegg’s proprietary ECU technology.