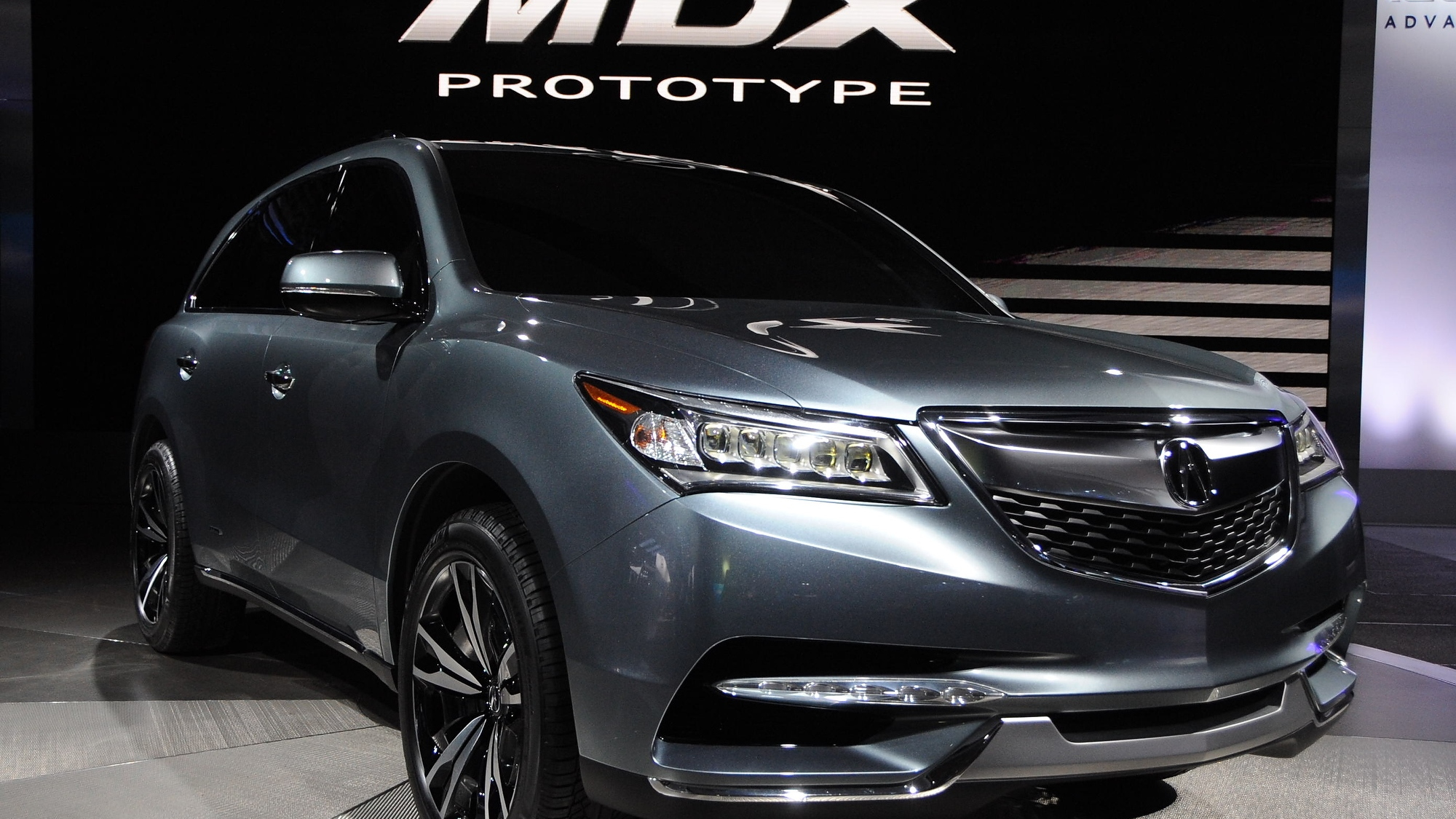 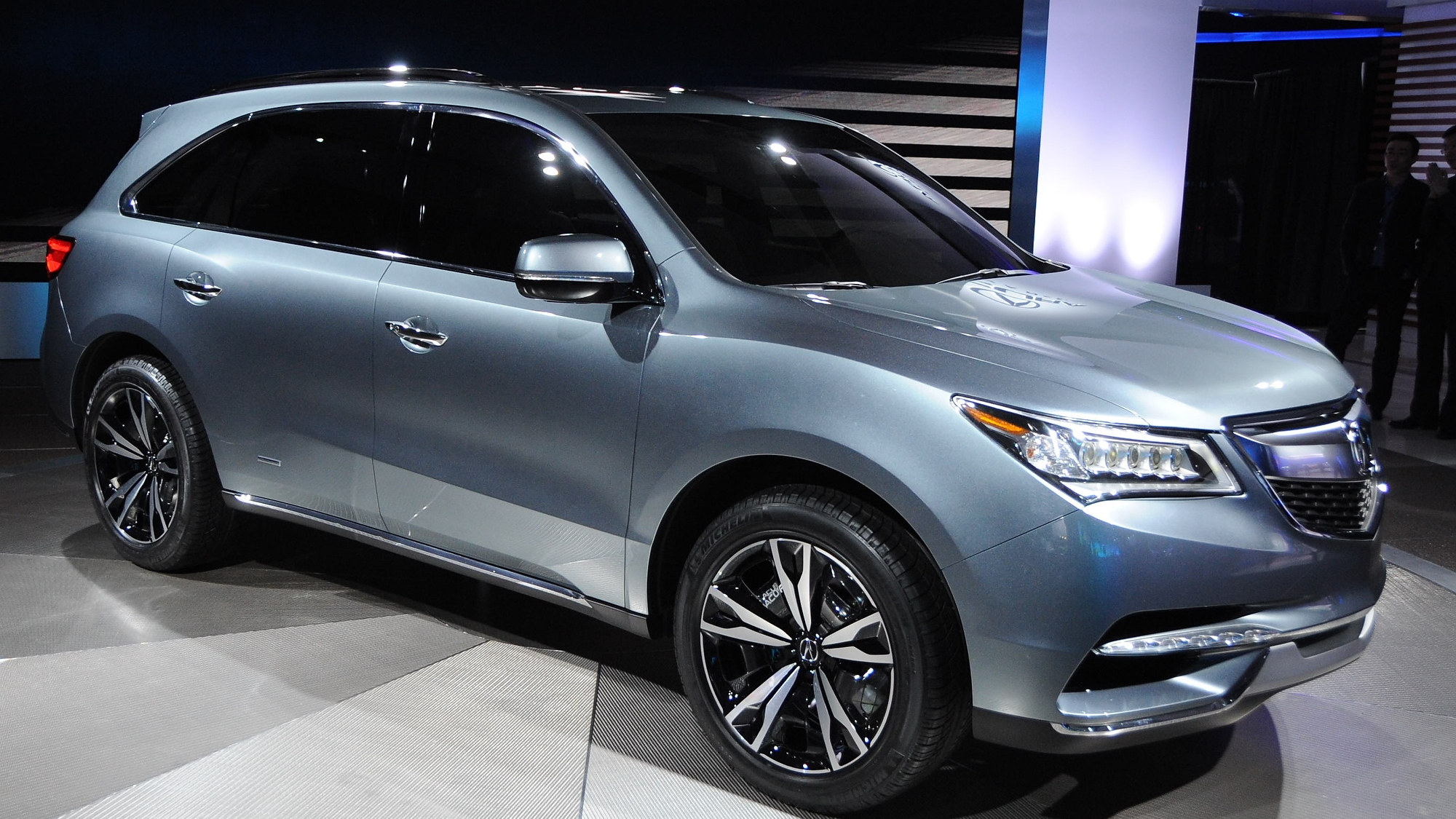 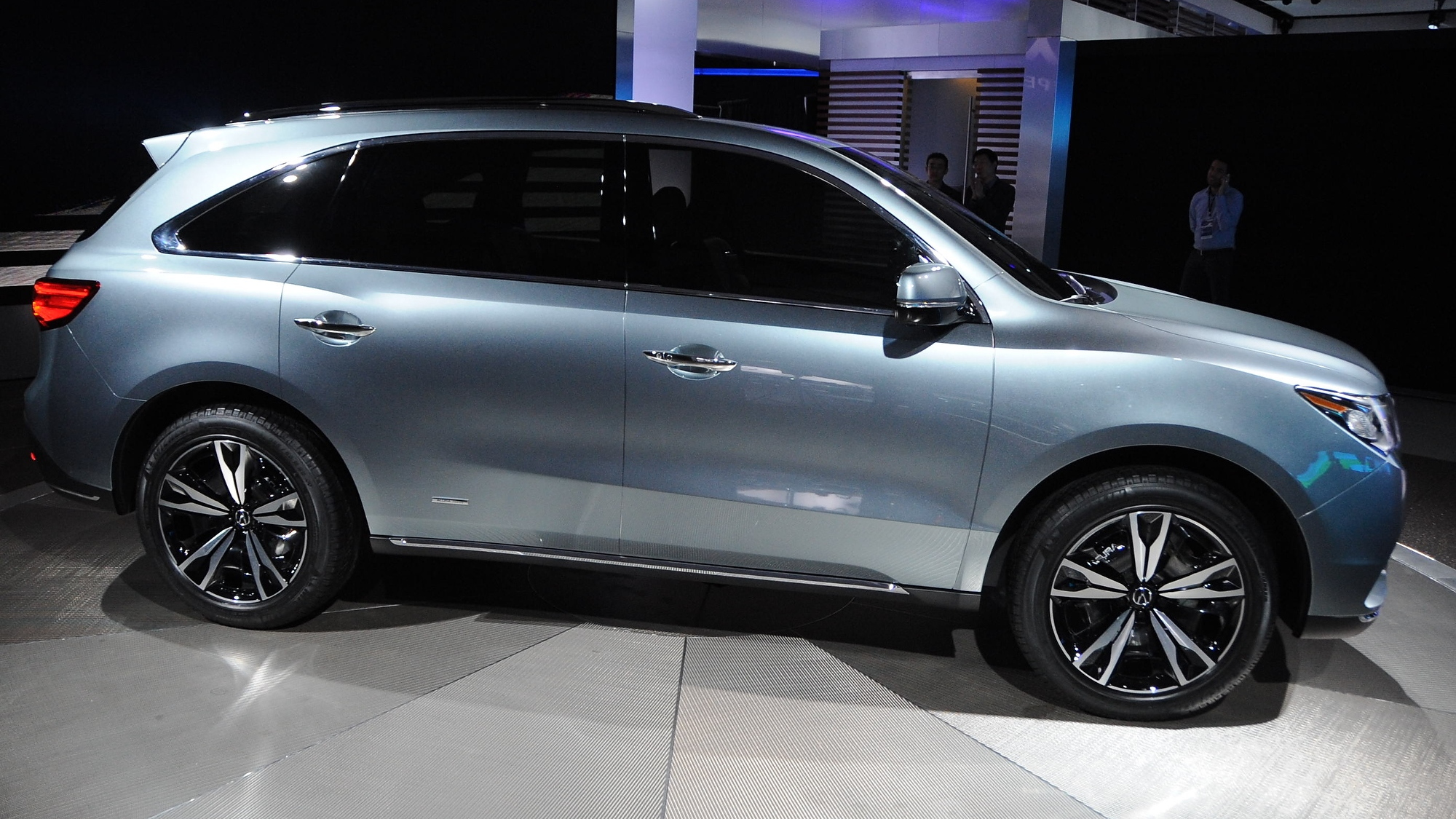 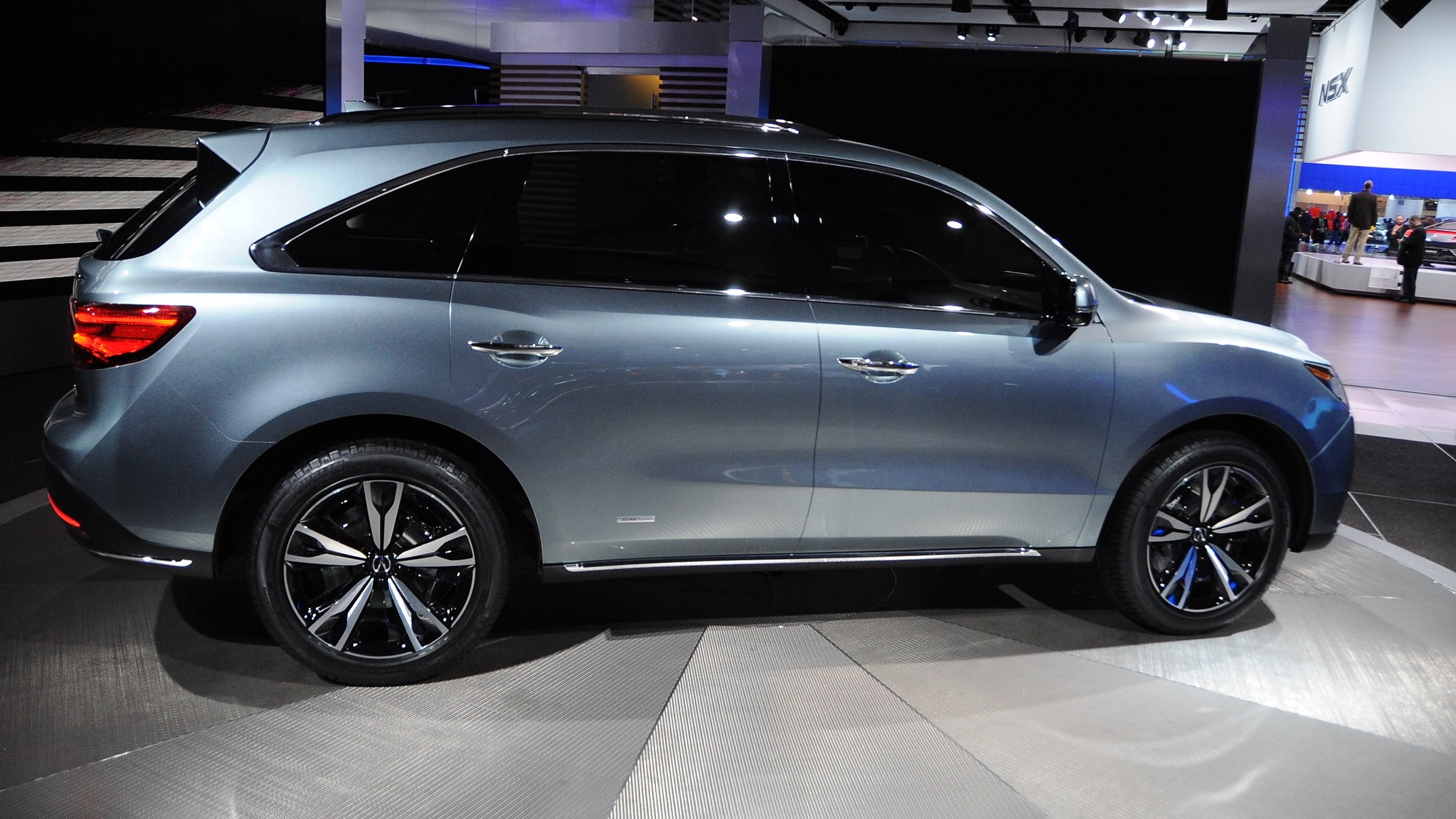 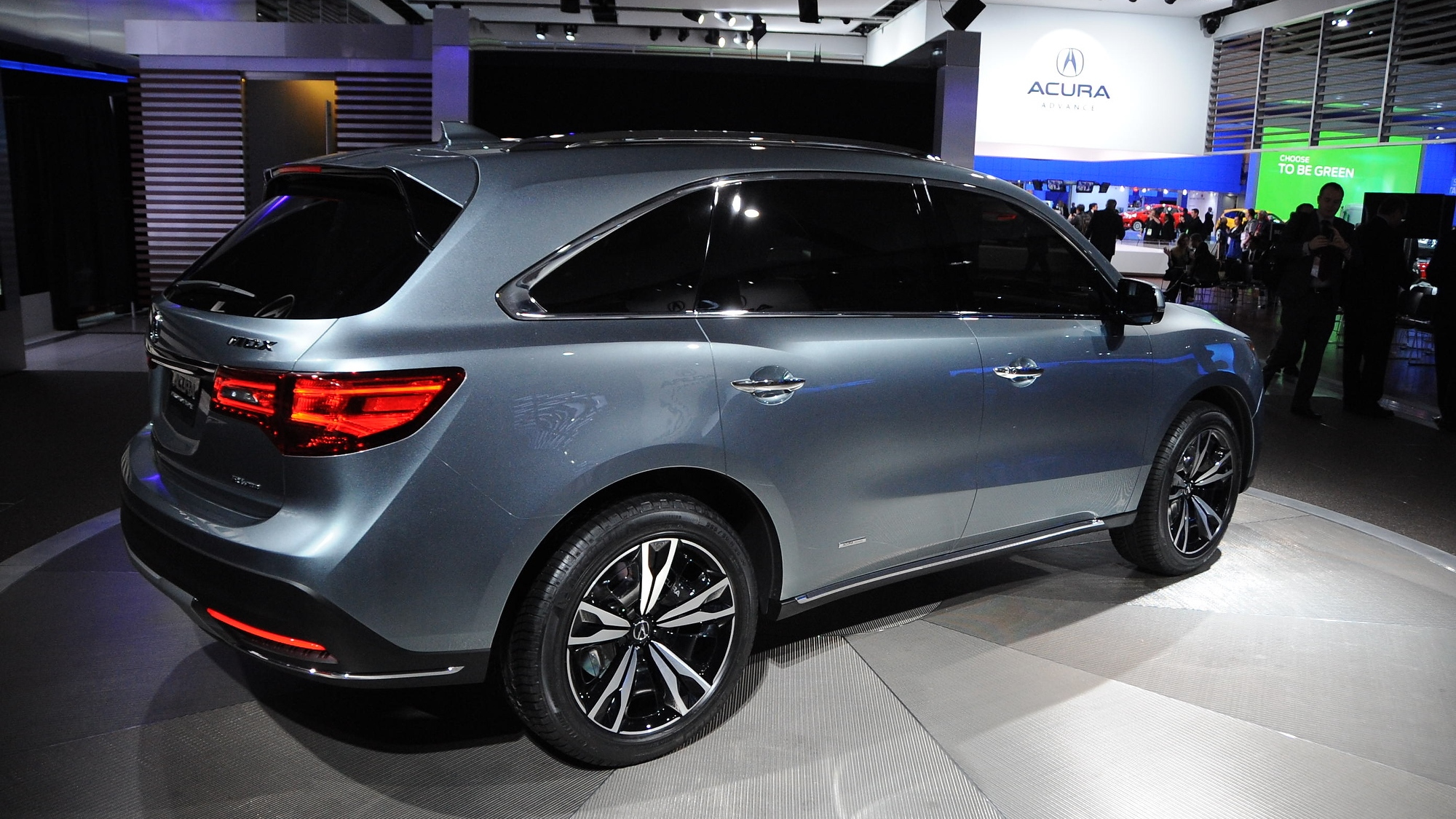 23
photos
The 2014 Acura MDX, seen here in live images from this week’s Detroit Auto Show, is officially listed as a “prototype.” As with most new product introductions from Honda and Acura in recent years, we suspect the production version will look a lot like the vehicle pictured here.

Sporting what Acura bills as “Aero Sculpture” styling, the 2014 Acura MDX Prototype is 1.5 inches lower than the model it will ultimately replace. It benefits from a longer wheelbase, too, which will aid with ride comfort, second-row leg room and passenger access to the third row.

While the design may not be radically different than the current MDX, there’s no denying that the 2014 Acura MDX Prototype looks more athletic than the current version. Backing that up is a new chassis that is both more rigid and lighter in weight, meaning that the new MDX will serve up better handling and improved fuel economy.

Fuel economy will also be helped by an all-new 3.5-liter V-6 with direct fuel injection and Variable Cylinder Management technology, which shuts down three of the six cylinders under light engine loads. Fuel economy estimates are pending, but Acura promises the new MDX will deliver “class leading” fuel economy.

Acura isn’t ready to show us the inside of the 2014 MDX just yet, but it does say that the new cabin will be more luxurious and more functional, for passengers and cargo alike. Look for the 2014 MDX to appear at your Acura dealer sometime around mid-year.

Want more breaking news and live images from the 2013 Detroit Auto Show? You'll find them on our dedicated show page.