At tomorrow’s Dakar Rally start, a much more dynamic Race2Recovery Team will set off on a 20-day, 8,500 mile quest to finish what has traditionally been billed as one of the most grueling rally events in the world.

The Race2Recovery team now consists of 28 team members, four Bowler Wildcat race trucks and  a fleet of support vehicles essential for success in the Dakar Rally. Winning the event isn’t really the goal, since the team knows it’s up against competition with better funding and far more experienced drivers.

Instead, Race2Recovery’s real mission is raising awareness of and funding for Tedworth House Personnel Recovery Center, one of six such facilities in Britain established as part of the Defense Recovery Capability to treat injured British soldiers. The team’s motto of “Beyond Injury - Achieving The Extraordinary” dovetails well with the facility’s mission. 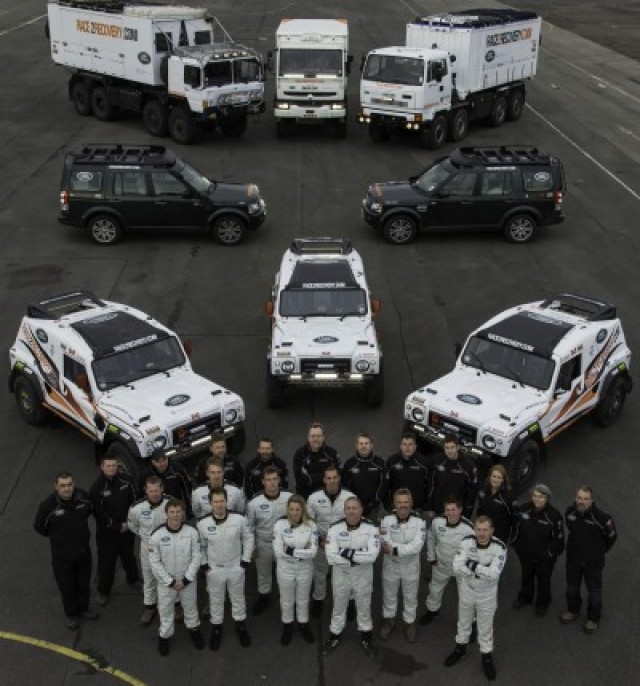 Captain Tony Harris, a below-the-knee amputee injured in Afghanistan, is one of the team’s drivers. Warrant Officer Andrew Taylor, injured by a suicide bomb attack during his time in the Royal Medical Corps, serves as the team manager. The message for those with traumatic injuries is clear - despite your limitations, it’s still possible to achieve the extraordinary.

In addition to public donations, the team has received support from Land Rover and from Royalty; in November, it became the first recipient of a grant from the Endeavor Fund, established by the Duke and Duchess of Cambridge and Prince Harry.

You can follow along with Race2Recovery’s progress on the team’s website, or by following the team on Twitter or Facebook. If you wish to donate to the team’s fundraising campaign, you can do so on the Race2Recovery web page.