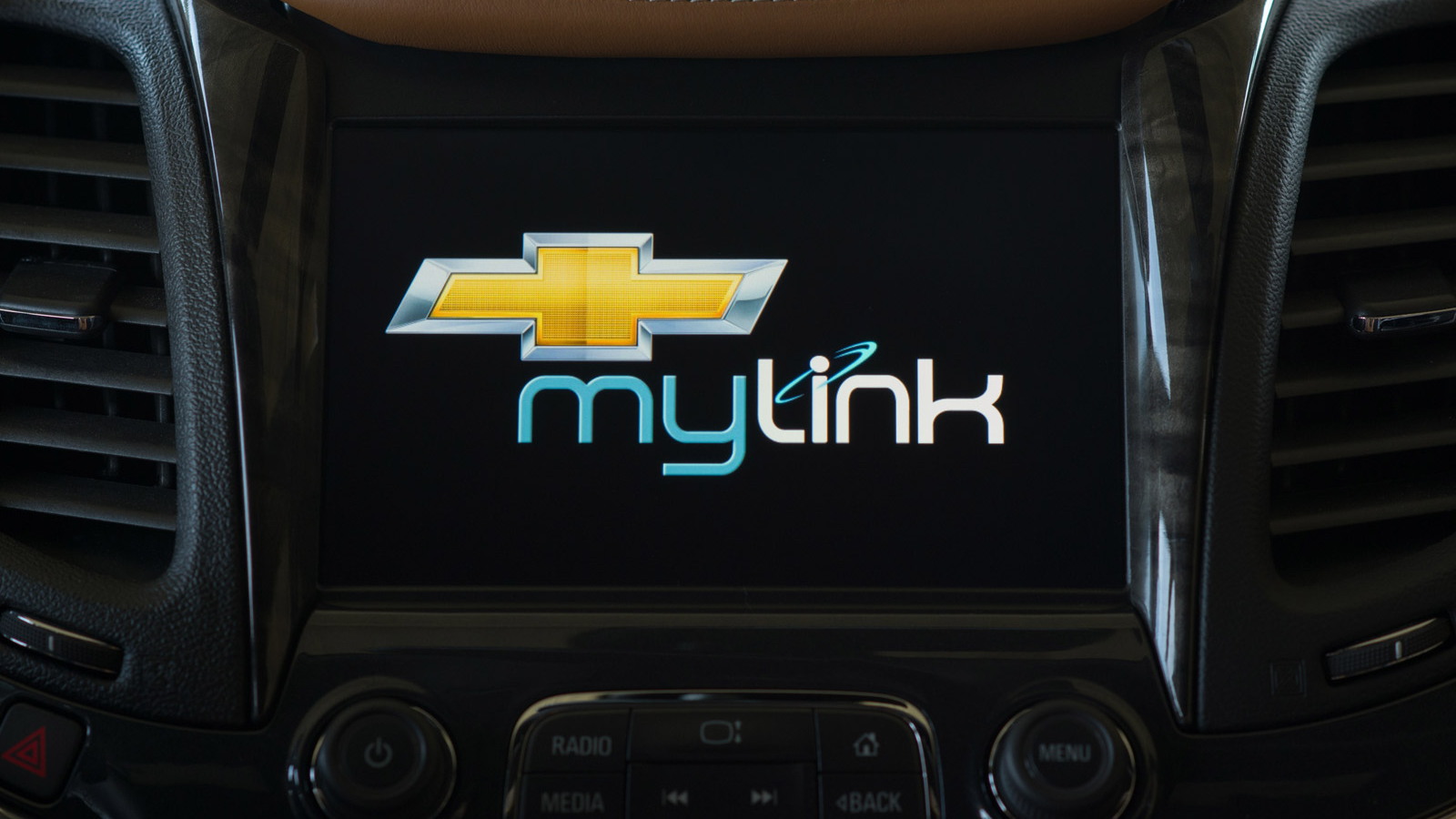 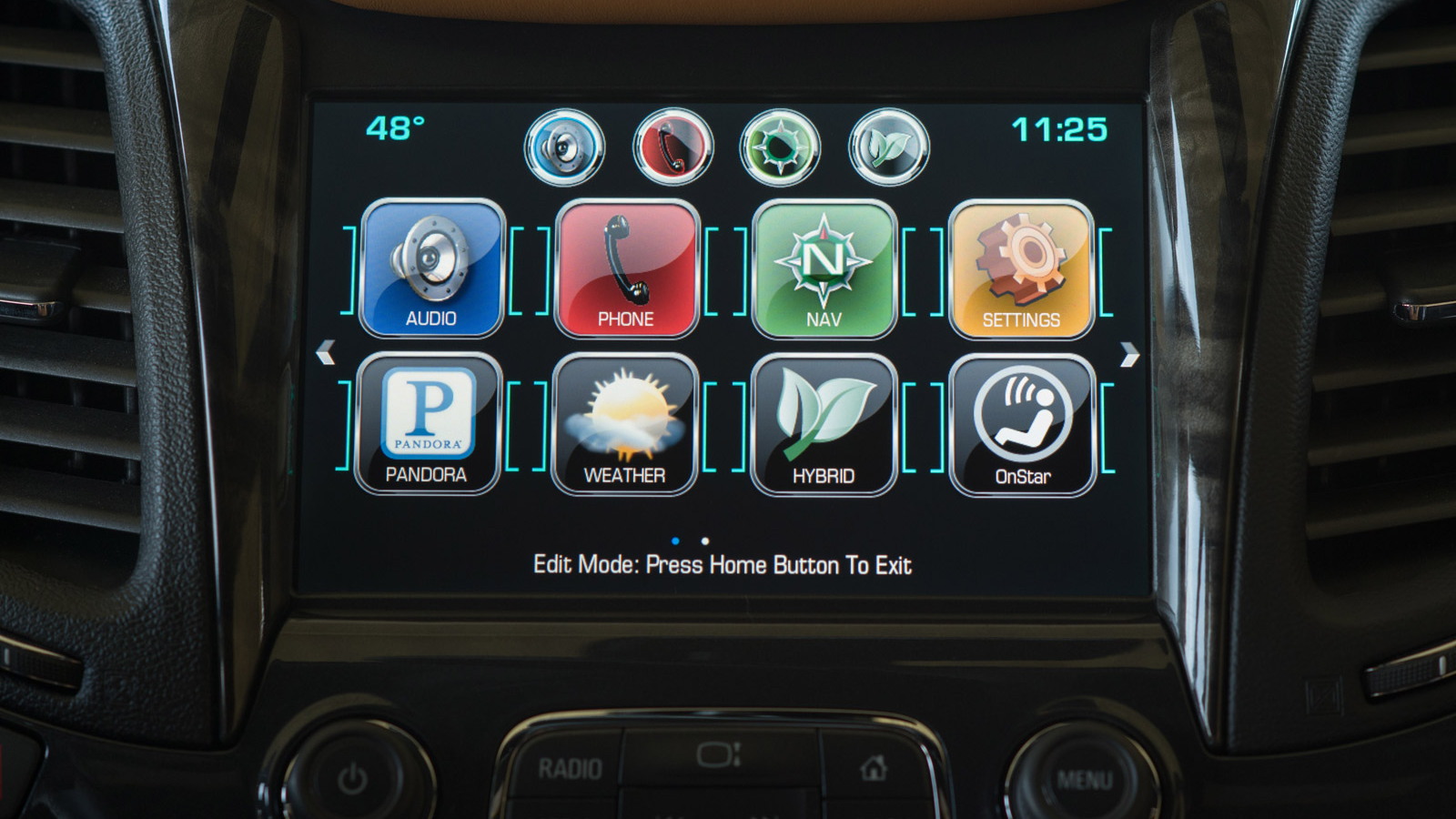 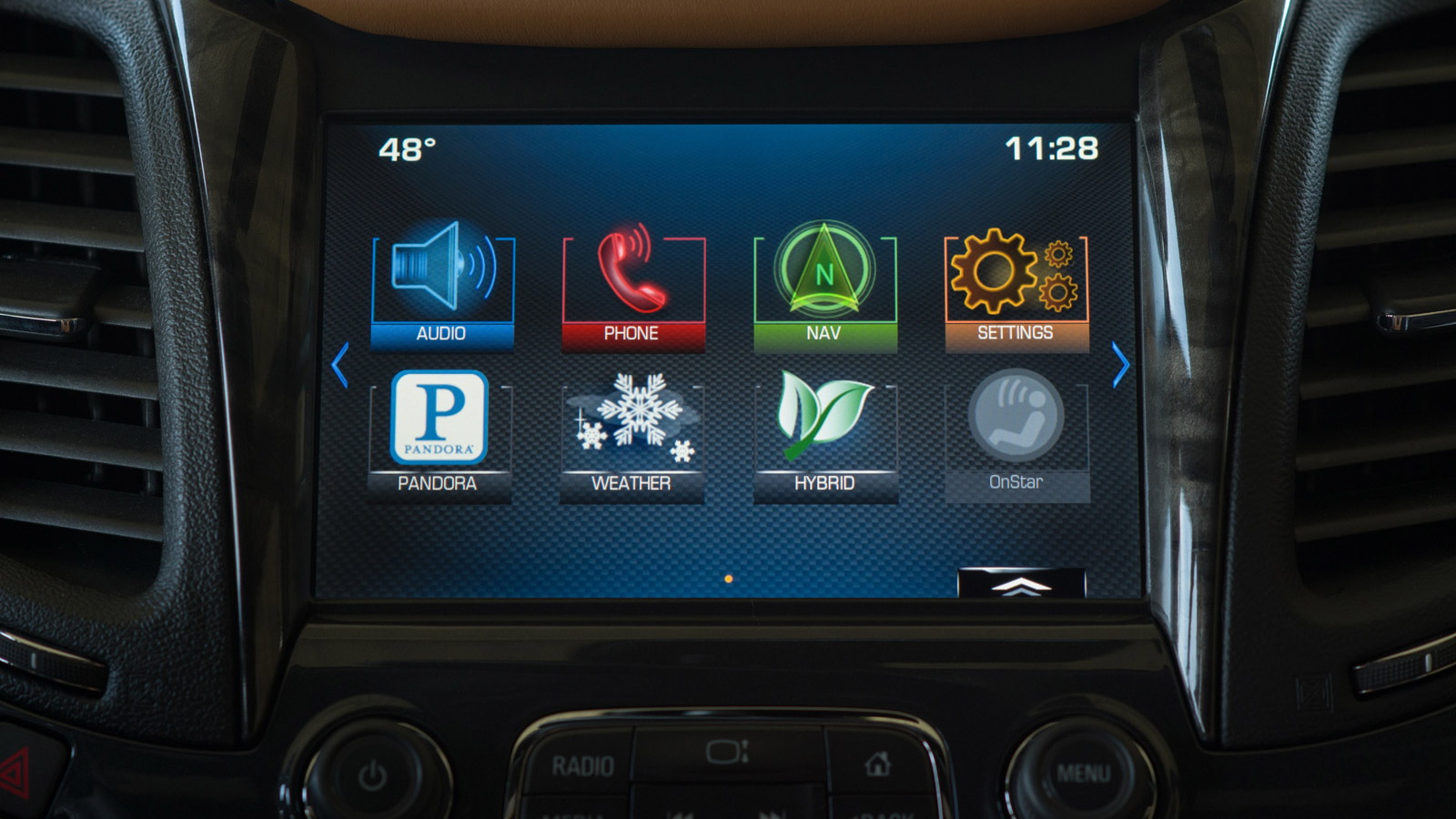 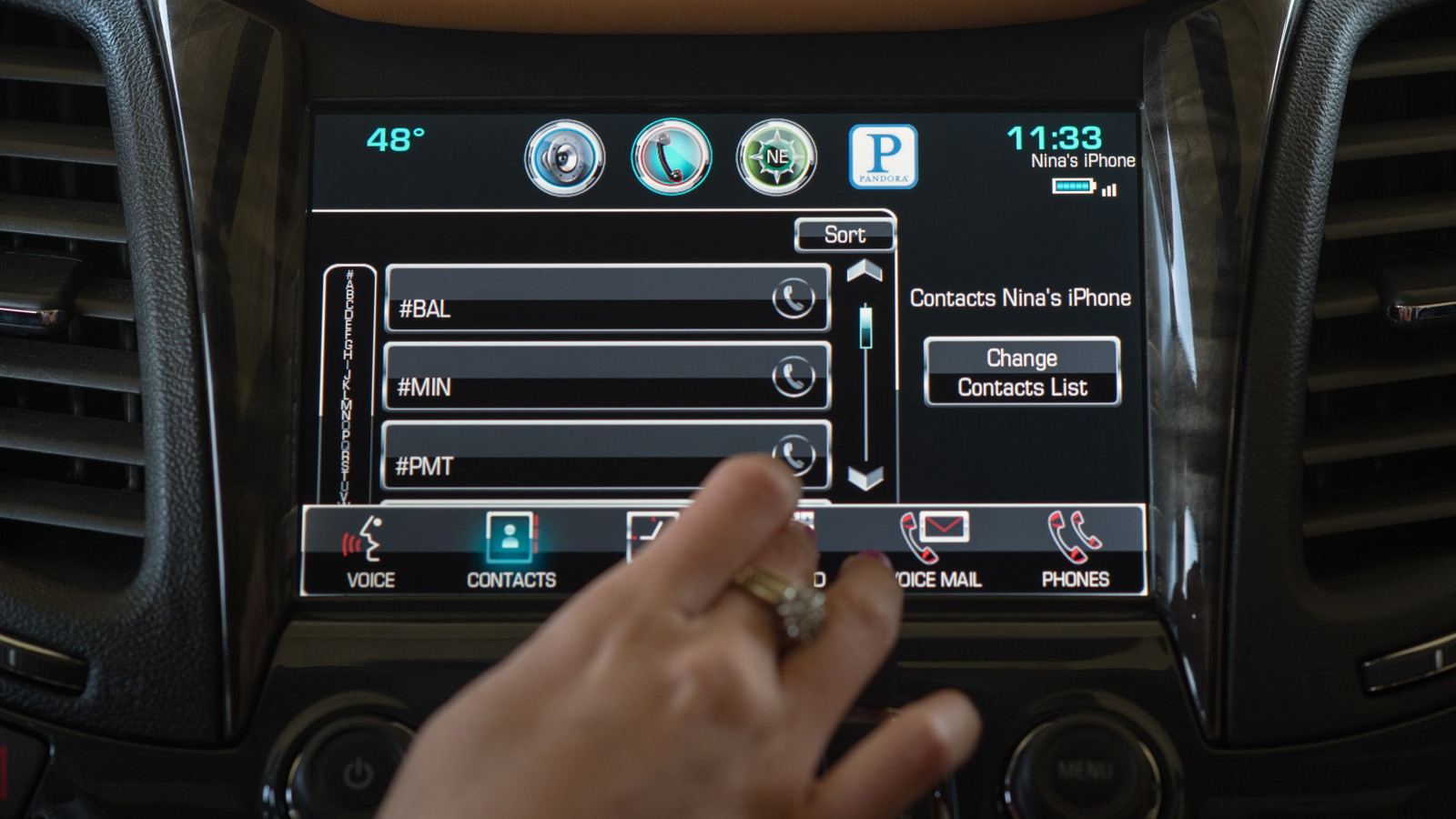 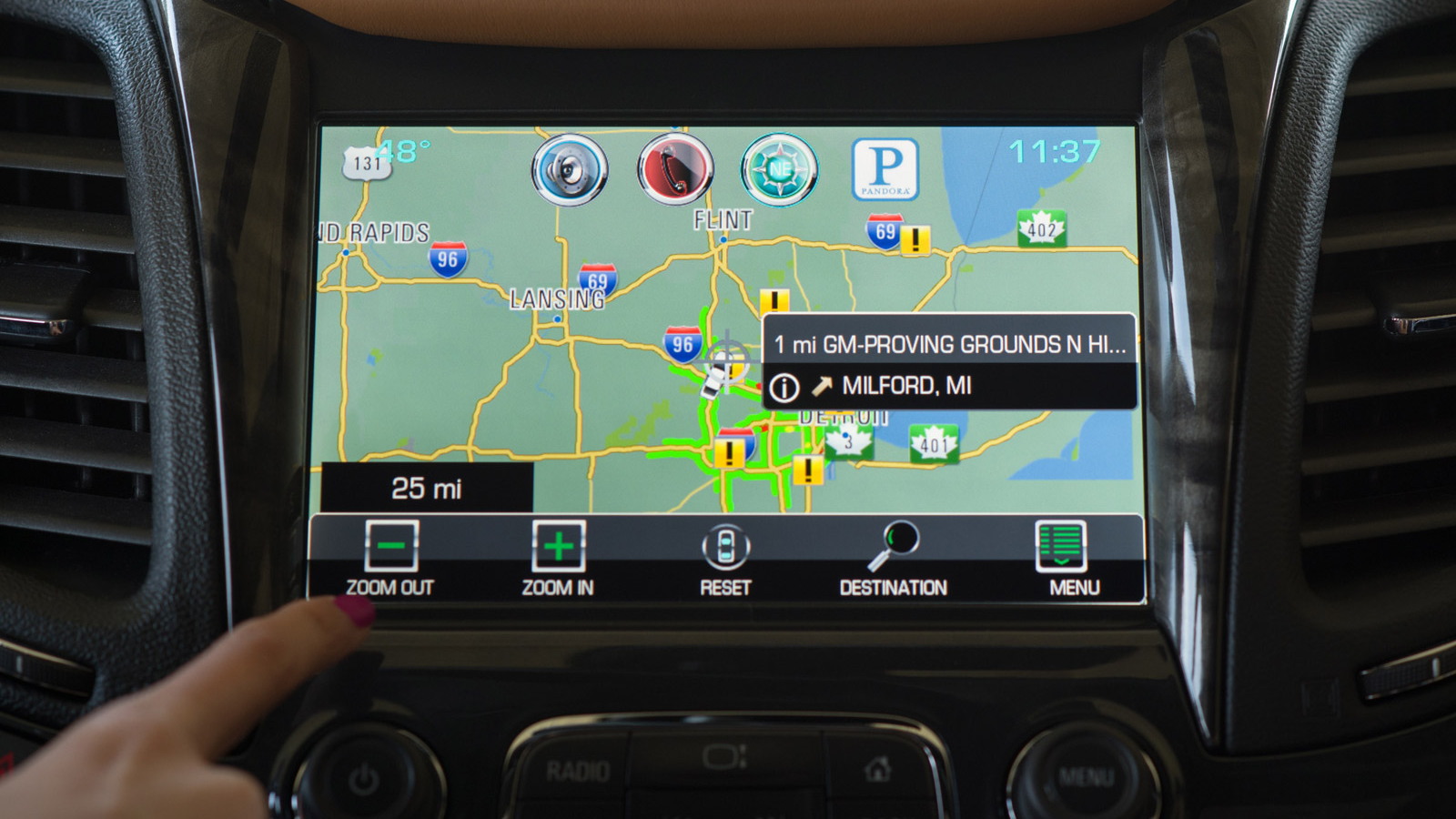 9
photos
Coinciding with the launch of the 2014 Chevrolet Impala next spring, Chevy will introduce its next-generation MyLink infotainment system, which the automaker says has been made easier to use, more customizable and now able to link up to 10 different mobile devices.

MyLink is Chevy’s vehicle interface that allows you to control mobile devices and online services, such as Pandora Internet Radio or Stitcher Radio, through voice commands or touch-screen display. MyLink also integrates OnStar services, including the full suite of safety features as well as premium Directions and Connections services.

The latest version of MyLink incorporates new natural language voice recognition that allows you to control everything with normal speech instead of using memorized phrases. Furthermore, should you want to input instructions with your hands, the touch-screen display has been made easier to read and new buttons have been installed on the center stack and steering wheel.

Most users will immediately notice the layout of the touch-screen resembles a smartphone or tablet. On the biggest screen available, an 8-inch display, customers can fling through lists, swipe and click and drag just as they would on a tablet.

Also new is the ability to store up to 60 radio stations, contacts, destinations, music and other media. On top of this, the driver’s instrument cluster as well as the touch-screen display can be customized to one of four distinct personalities, depending on who’s behind the wheel: Contemporary, Edge, Velocity and Main Street.

The latest version of MyLink debuts on the 2014 Chevrolet Impala. It will eventually spread to other 2014 Chevy products including its upcoming full-size trucks and C7 Corvette.

Note, from early next year, entry-level Chevy models will integrate Apple’s Siri voice activation technology. Through the cars’ standard MyLink system, users with a compatible iPhone running iOS 6 can direct Siri to perform a number of tasks including making and receiving calls and text messages. The first models to feature this will be the Spark and Sonic.