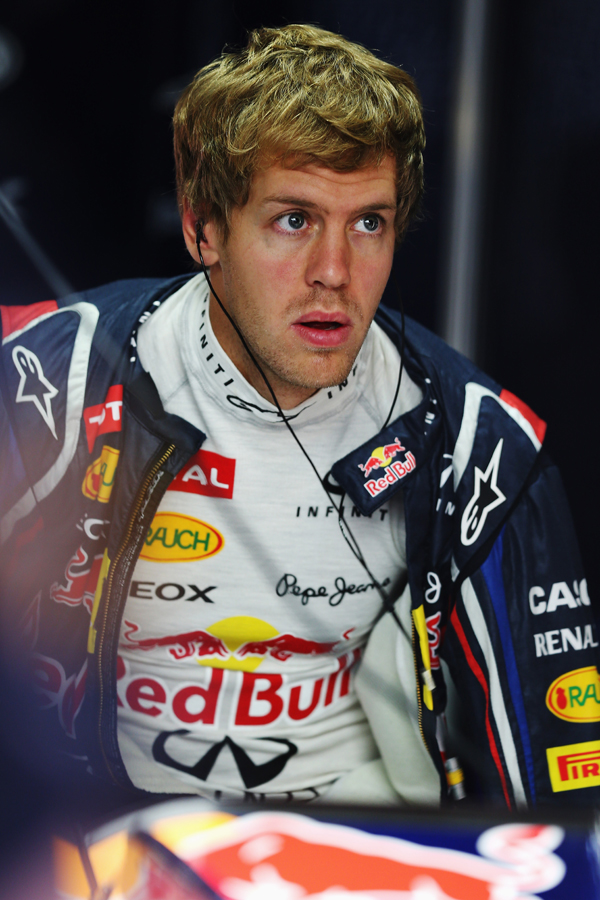 Red Bull Racing’s Sebastian Vettel is in prime position to catapult close to the lead position in the 2012 Formula One Drivers’ Championship by scoring the pole position for tomorrow’s Formula 1 Japanese Grand Prix at the legendary Suzuka circuit. This is the fourth successive pole position at Suzuka for the German youngster, who earlier today posted a best time of 1:30.839.

The reigning world champion will be full of confidence tomorrow as his teammate, Mark Webber, who also remains in contention for the title this year, will be starting at second on the grid after posting a best time of 1:31.090 during today’s qualifying session.

McLaren’s Jenson Button also showed impressive form, with his best time of 1:31.290 earning him third position on the grid, though sadly he’ll have to start five positions back due to a gearbox change following the previous Singapore Grand Prix.

The bad news doesn't end there, however. Lotus driver Kimi Räikkönen spun out towards the end of qualifying, causing officials to pull out the cautionary yellow flag. This meant that many top drivers were unable to secure their third fast lap. Local hero Kamui Kobayashi of Sauber managed the fourth best time of the day and should be a favorite tomorrow.

Going into tomorrow’s race, Fernando Alonso remains on top of the points ladder with 194 points, followed by Sebastian Vettel with 165 points and Kimi Räikkönen with 149 points.

In the Constructors’ Championship, Red Bull Racing remains the clear leader with 297 points, with McLaren in second with 261 points and Ferrari in third place with 245 points.

The Japanese Grand Prix is always a highlight of the year, and the drivers love the Suzuka circuit. Its undulations, challenging corners and unique figure-eight layout make it a challenge for both the drivers and the cars, and only top level drivers come out on top here. It was where Ayrton Senna clinched all three of his world championships, and it was where Vettel claimed his second title last year.

Aerodynamic downforce is crucial, especially through the high-speed changes of direction in sector one, and the drivers have to be very accurate because the track is narrow and there’s very little run-off. For this race, Pirelli has brought its harder compounds as well as its full wet tires.