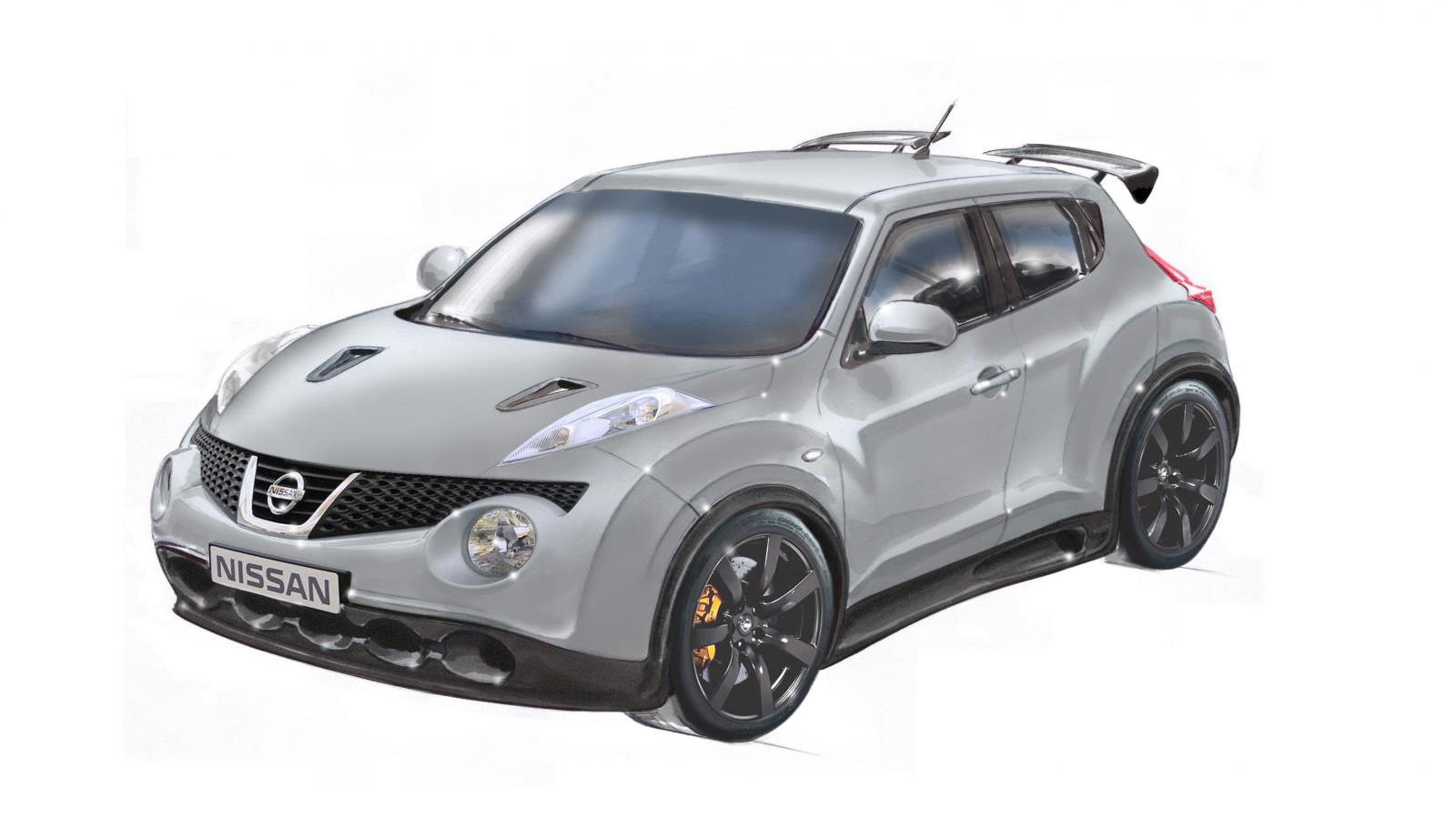 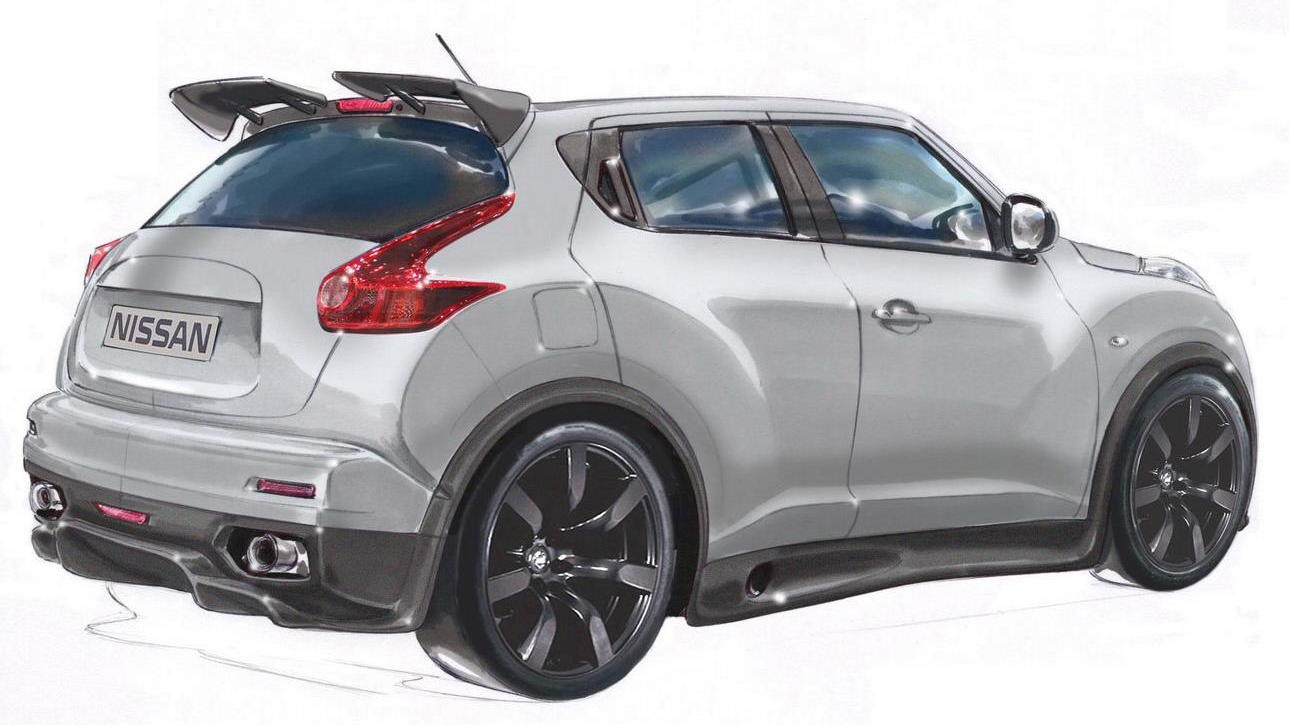 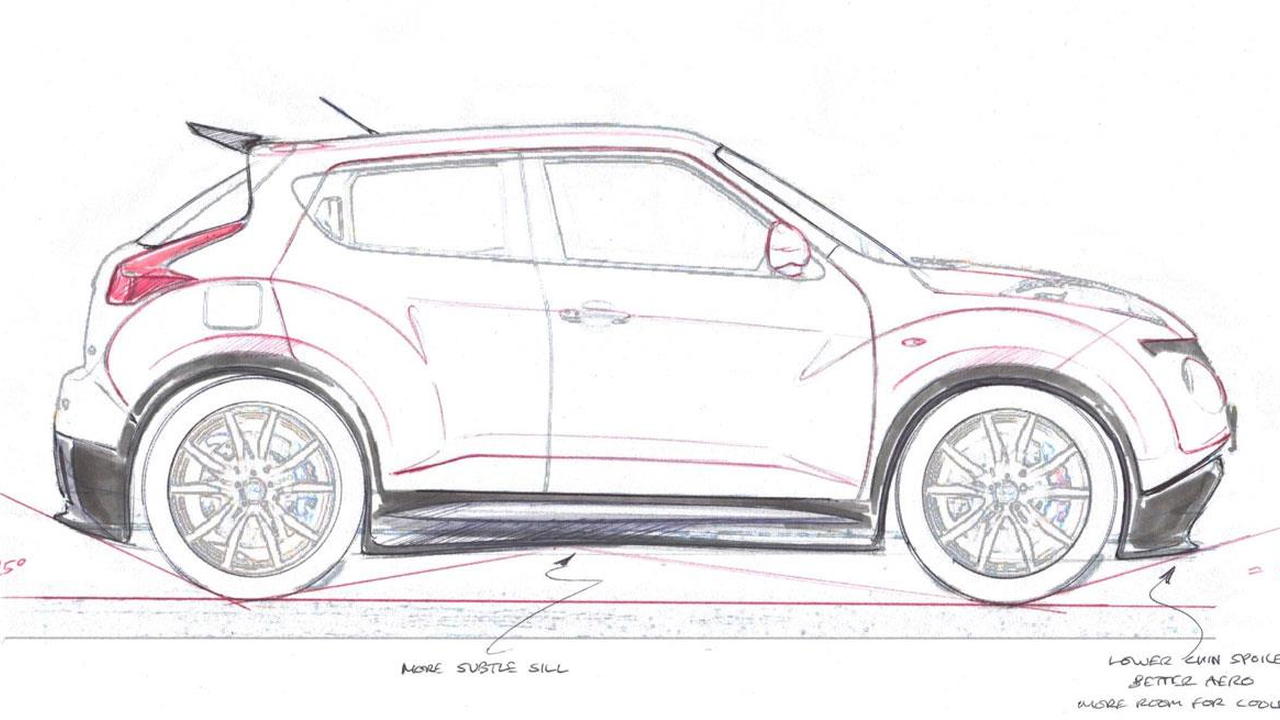 3
photos
The first sketches of the upcoming production version of the Nissan Juke-R have been revealed, depicting--as expected--a crossover with a decidedly sporty and agressive look.

Just as insane as the prototype Juke-R, based on the Nissan GT-R's powertrain and intended for exhibition racing duty, the production Juke-R will only be built on a pre-order basis and is likely to cost more than half a million dollars. It will be one of the most exclusive vehicles around, and it's likely to be one the few production supercrossovers ever built.

At 545 horsepower from a twin-turbo, 3.8-liter V-6 engine, with all-wheel drive, NACA ducts, dual rear roof-mount winglets, and much, much more in the way of performance gear inside and out, the Juke-R is shockingly, inexplicably, unbelievably unusual for a global automaker.

That's why we love it.