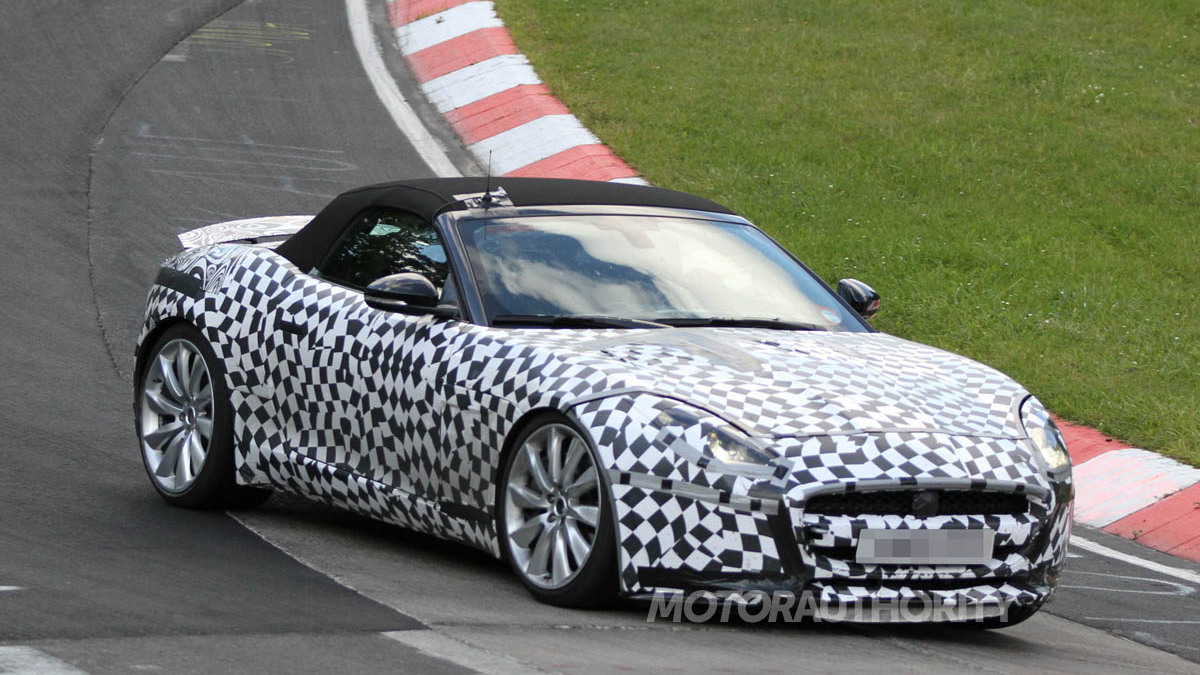 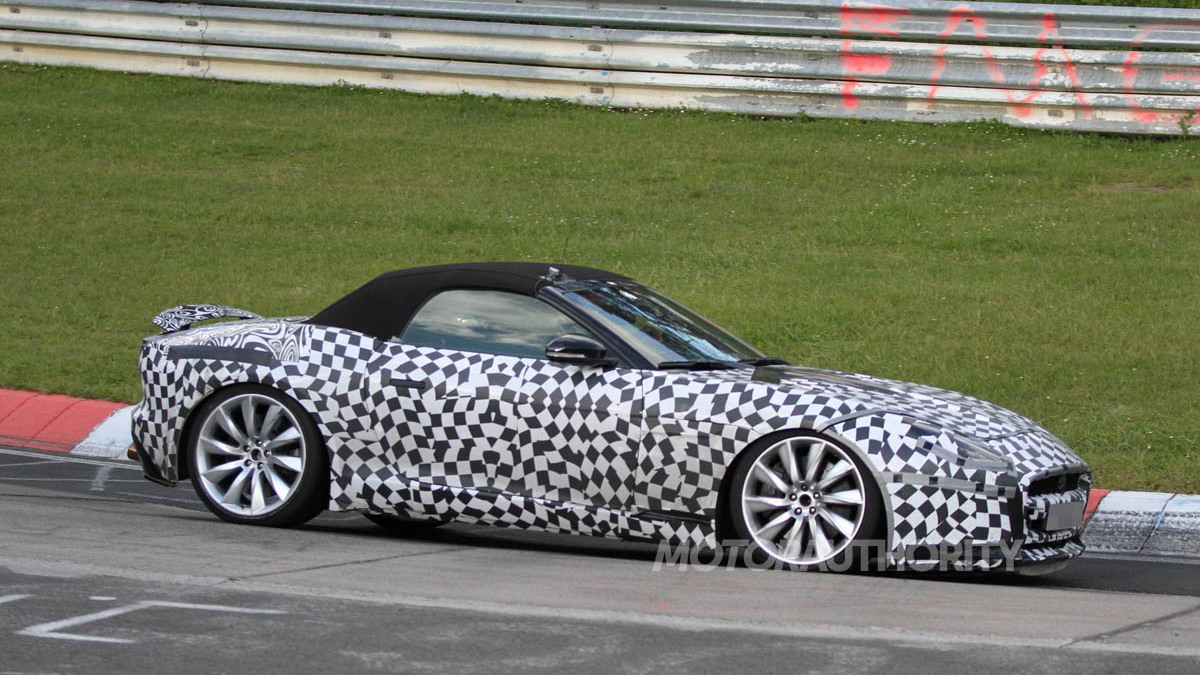 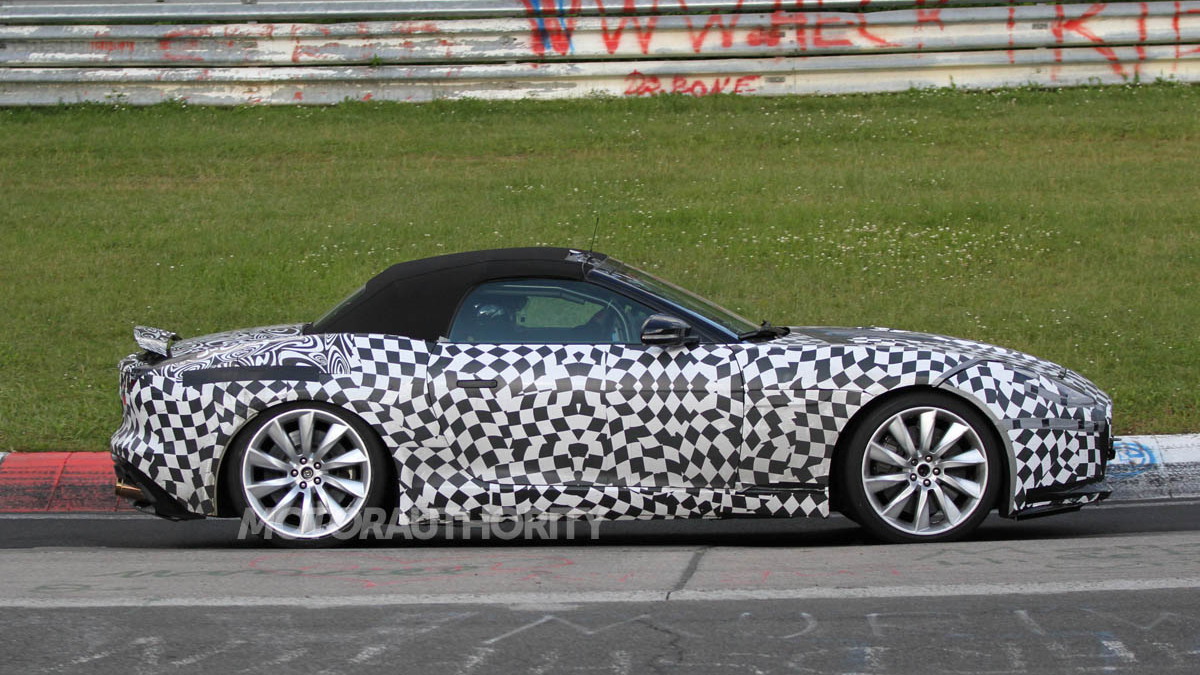 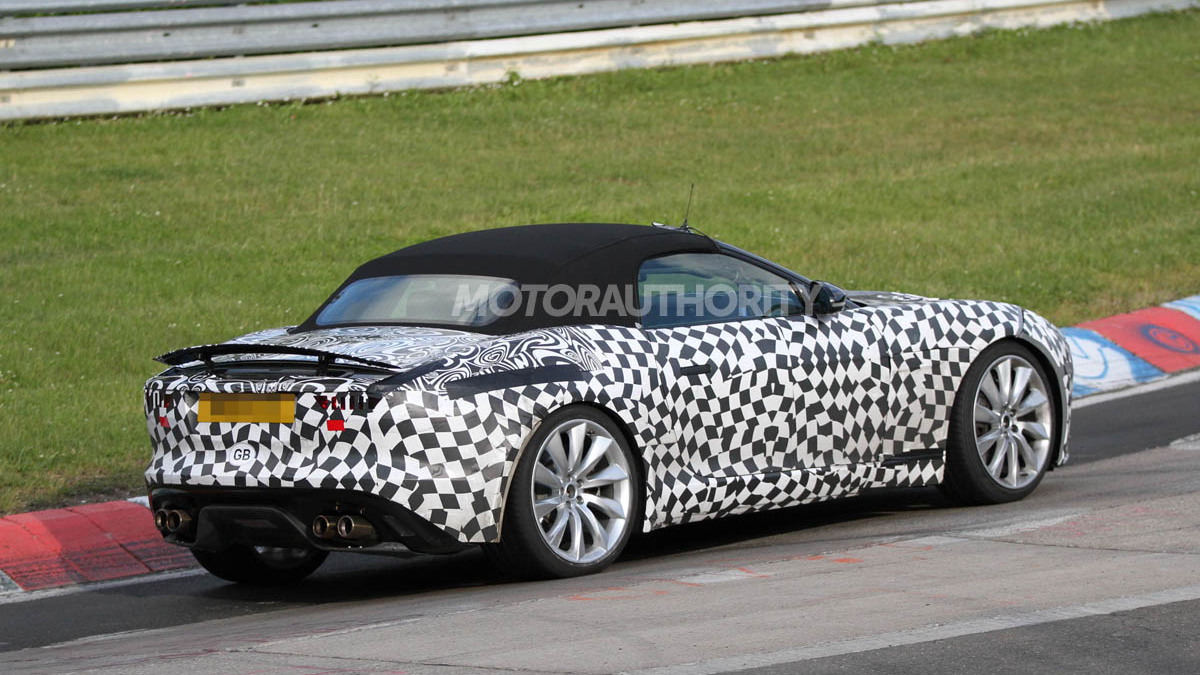 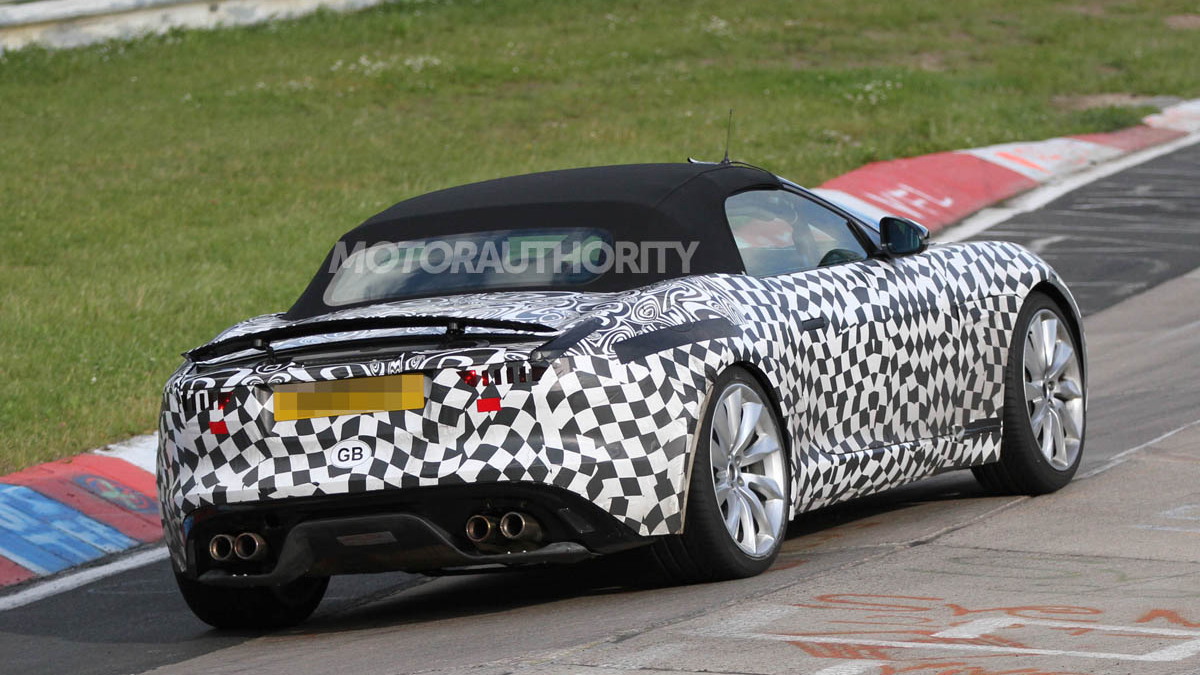 9
photos
At next month’s Paris Auto Show Jaguar is expected to unveil its new 2014 F-Type sports car, which is set to go on sale in the first half of next year, initially as a convertible and later as a coupe. The car is the production version of last year’s stunning C-X16 concept, and judging by the prototypes we’ve seen thus far the new F-Type is set to look every bit as sexy as the original concept.

It’s already been confirmed that the F-Type will feature a supercharged 3.0-liter V-6 rated at 380 horsepower. However, this will only be the base engine as a V-8 option is also tipped to be offered.

Seen here in this latest spy video is thought to be a prototype for the V-8 model, which may be called the F-Type R and is currently distinguished by its four exhaust tips integrated into its rear diffuser, just like on the C-X16 concept. Prototypes for the V-6-powered F-Type feature only two exhaust tips positioned in the center of the diffuser.

The sound of the engine in this latest prototype is not marred by the whine of a supercharger, which means that the new F-Type R could be powered by a naturally-aspirated version of Jaguar’s 5.0-liter V-8. If it does happen to come with a supercharger, however, we could see the F-Type R deliver upwards of 542 horsepower, though Jaguar is likely to limit the output so that its new sports car doesn’t steal the performance halo from its current flagship, the XKR-S.

With the entry-level F-Type taking on the Boxsters and Z4s of the world, a V-8-powered F-Type R would compete nicely with the Aston Martin V8 Vantage as well as lesser versions of the Porsche 911. This would then leave the door open for Jaguar to move its next-generation XK further upscale, allowing it to compete with higher positioned GTs like the Aston Martin Vanquish and Porsche 911 Turbo.

Whatever the case is we should have more details soon as the 2014 Jaguar F-Type's debut at the 2012 Paris Auto Show is now a little over a month away.