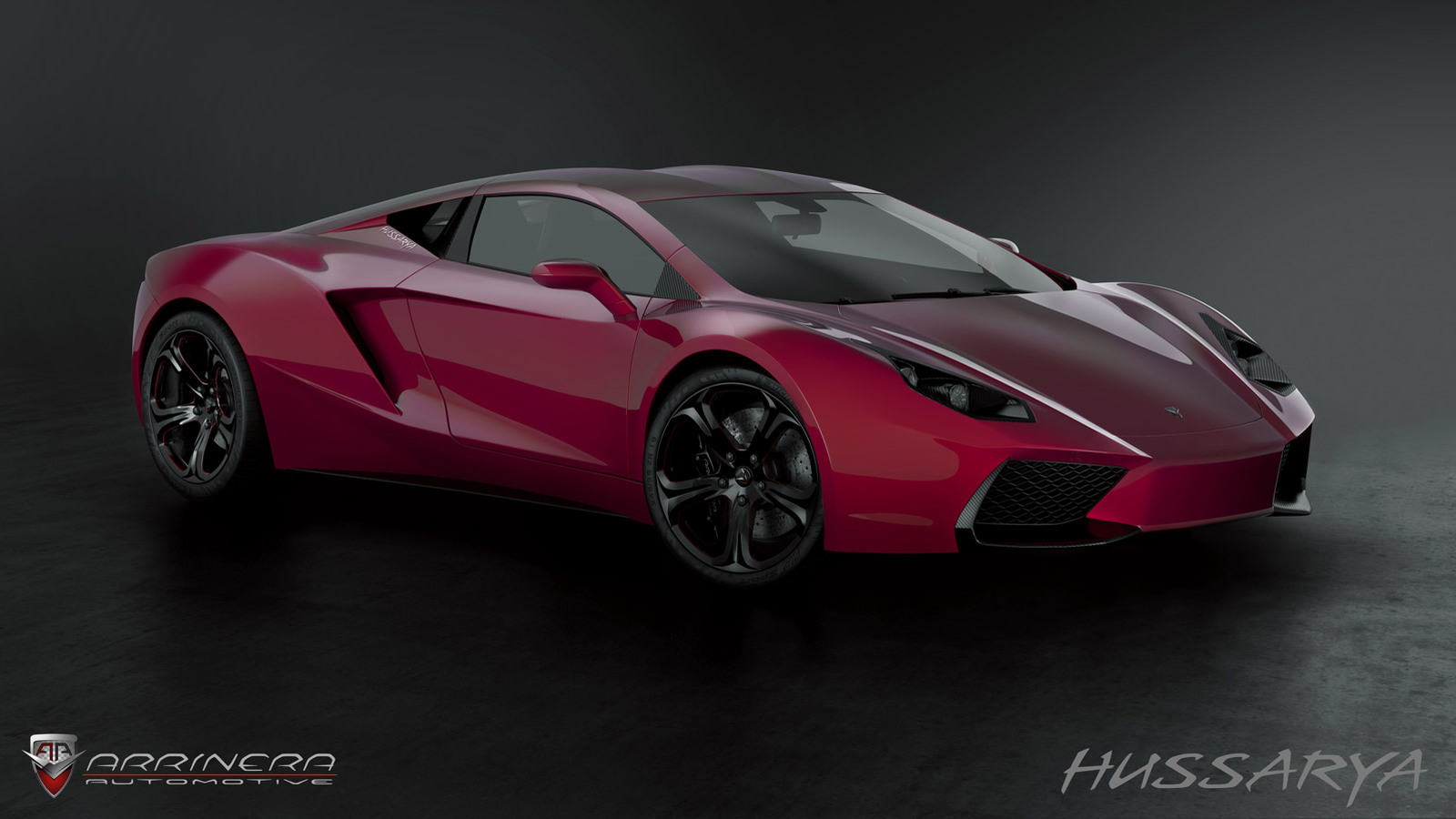 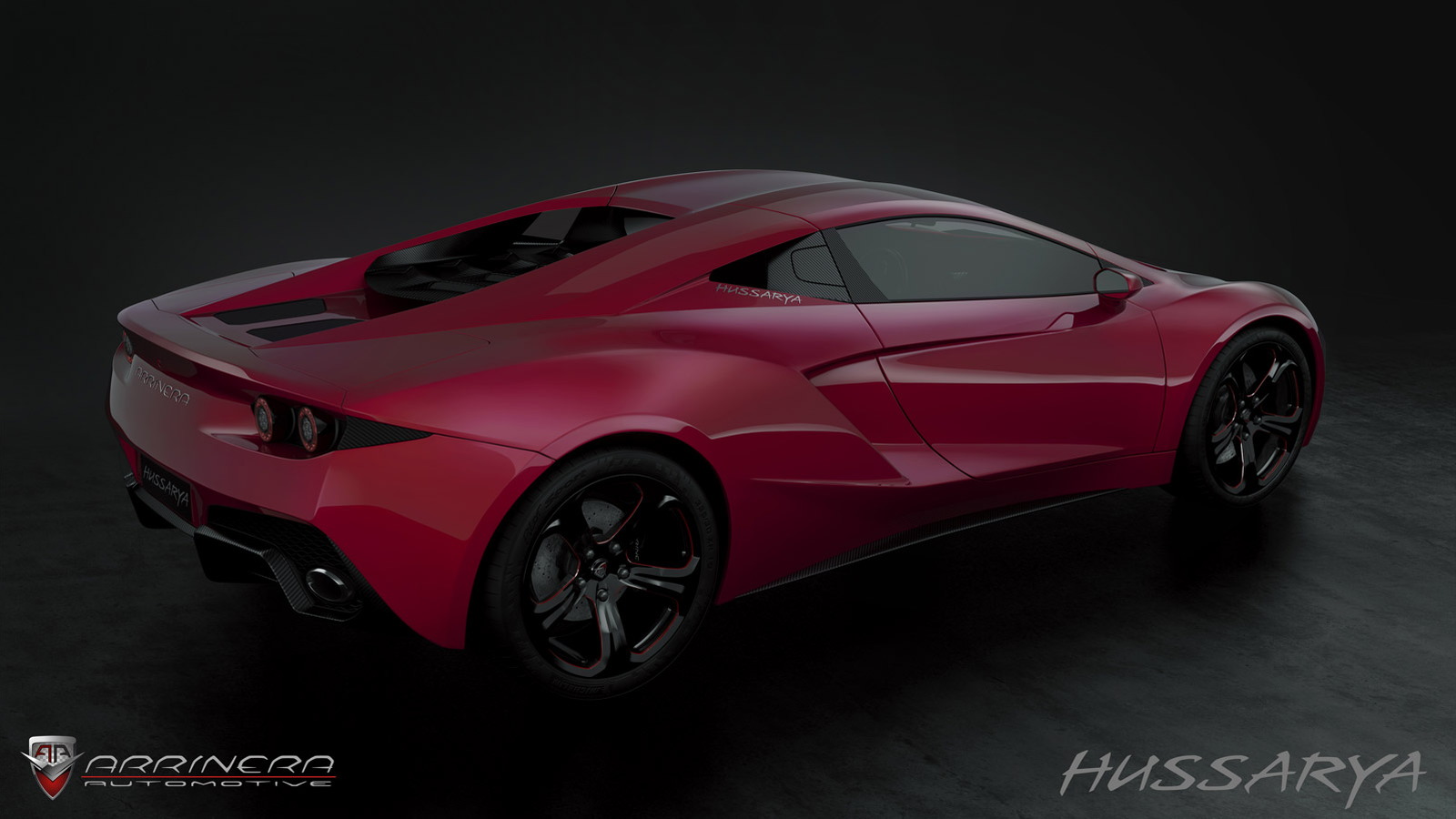 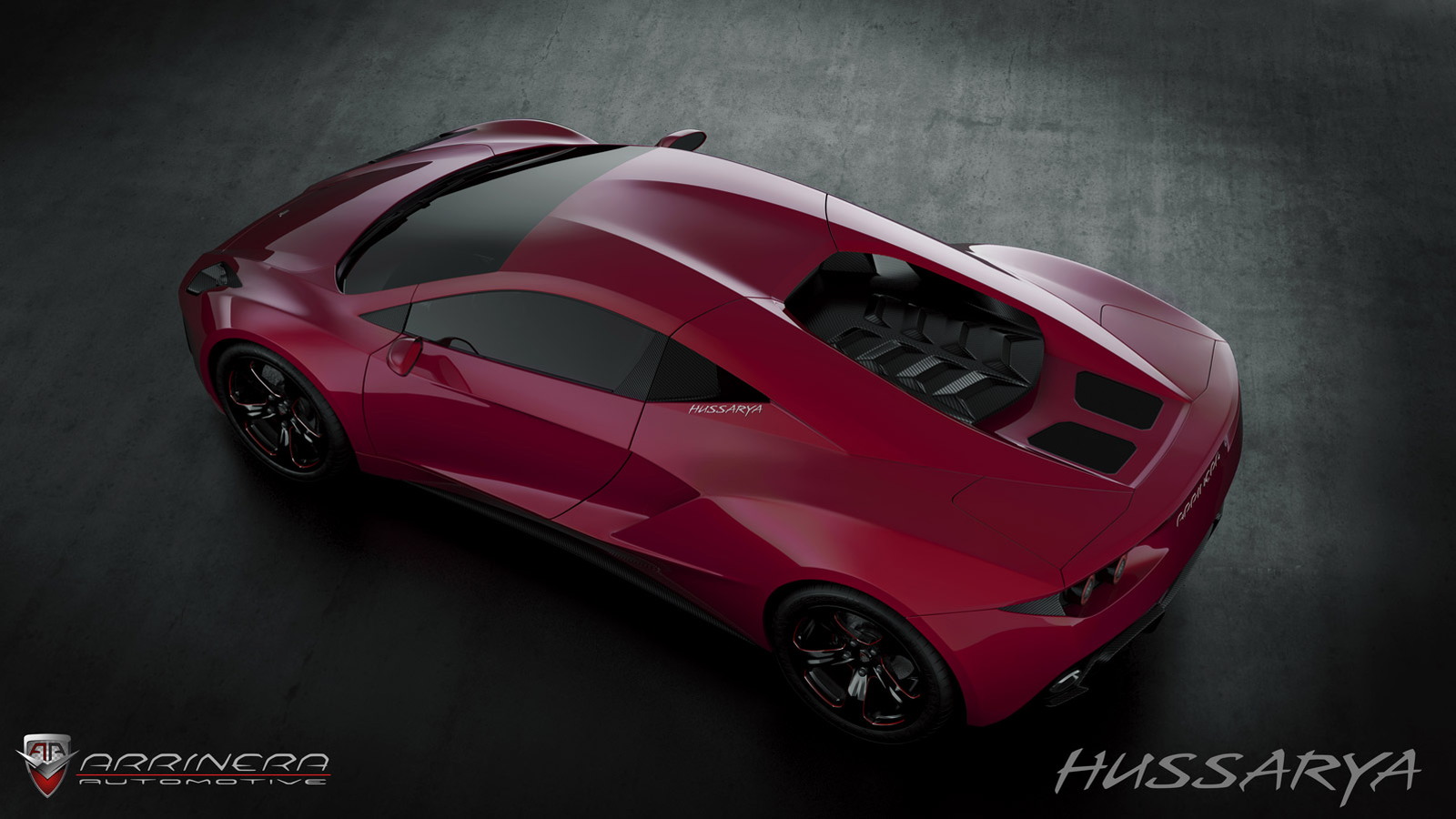 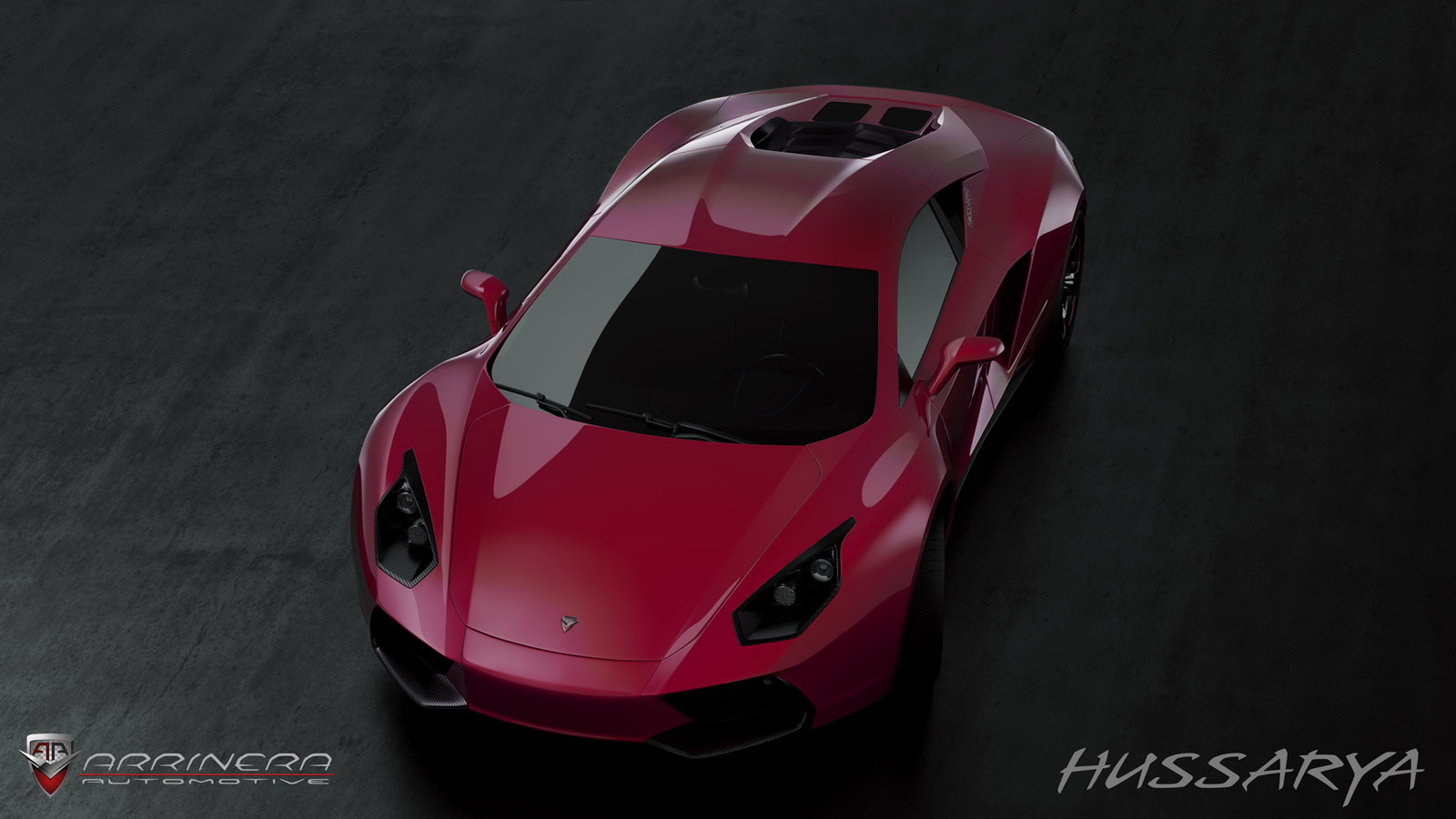 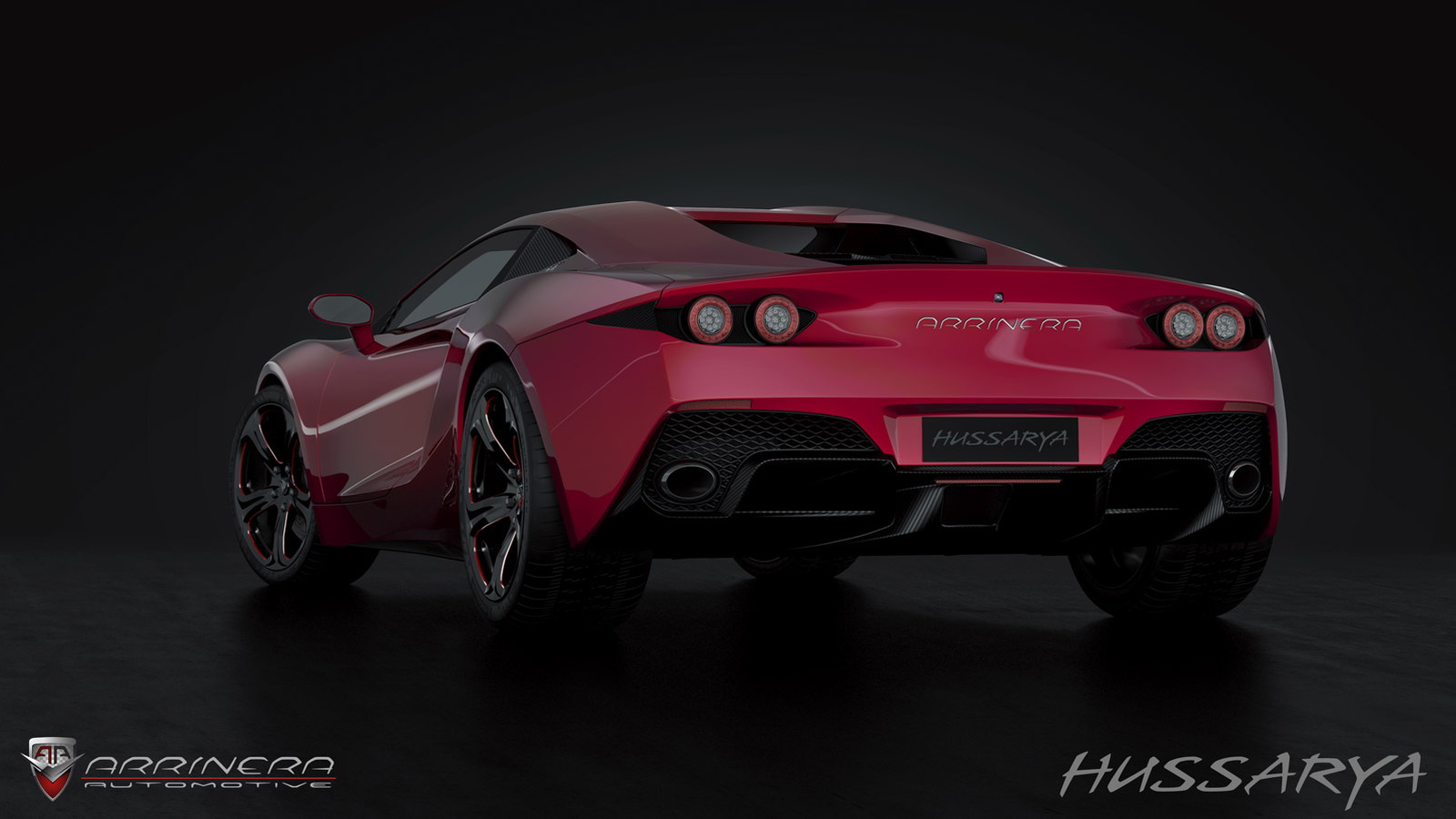 Not to be confused with the Huayra supercar from Pagani, Polish startup Arrinera has announced today that its new supercar will be called the Hussarya. The name is derived from Poland’s Hussar cavalry of the 16th century, known for their beauty, strength and maneuverability, and these are all traits Arrinera hopes to instill in its new supercar.

Since the Hussarya’s reveal more than a year ago, initially as a computer-generated rendering, and then as a fully fledged prototype, Arrinera has received a lot of flack due to the original design’s similarity to various other supercars, namely, the Lamborghini Murcielago. These latest renderings show a revised design, revealing a dynamically-styled mid-engine coupe that wouldn’t look out of place next to a Ferrari or Lamborghini.

There are still some familiar lines in the design, though that is to be expected given the fact that much of the body has been shaped by aerodynamic principles. Arrinera claims the final design was honed over a period of 14 months, with much of that time spent in the aeronautical engineering labs of the Warsaw University of Technology.

A direct result of the focus on aerodynamics is the Hussarya’s adjustable twin rear spoilers. Depending on vehicle speed, the spoilers will either raise or lower themselves. When the driver mashes the brake pedal, they shoot to their most upright position to help slow things down by acting as an air brake.

The interior too has undergone a complete redesign, with the key aim being to make the dash area and the controls more driver-focused. The design of the doors and ground clearance has also been adjusted to make ingress and egress easier.

The Arrinera Hussarya now enters the next phase of its development: road and performance testing. For this, engineers will be taking prototypes to a research center in Spain. Should all go to plan, Arrinera hopes to start sales by the end of 2013. To get the ball rolling, Arrinera will be releasing a limited launch edition model dubbed the 33 Series. As its name suggests, only 33 examples will be built, with special equipment as well as some finer carbon fiber detailing used to distinguish it from the regular models.

Final pricing for the Hussarya is yet to be confirmed, though the company has previously suggested a starting figure of about $160,000, which would be a bargain considering the performance on offer. Power will come from a supercharged 6.2-liter V-8 rated at 650 horsepower and 604 pound-feet of torque, with drive going to the rear wheels via a Graziano sequential gearbox. That engine just so happens to be the same LS9 unit found in the Corvette ZR1 supercar but Arrinera will provide even more power should its customers desire.

The car should be a stunning handler thanks to the company’s collaboration with British engineer Lee Noble, the founder of Noble Automotive and one of the key men behind the record-breaking Ultima GTR. He is said to be helping with the design of the Hussarya’s tubular steel chassis and suspension setup.

Initial performance estimates are a 0-60 mph time of 3.2 seconds, a quarter-mile time of 11 seconds flat and a top speed of around 211 mph. The car should also be able to pull up to 1.3 g on the skidpad, and its curb weight should come in at less than 2,900 pounds thanks to carbon fiber and Kevlar construction for the body.