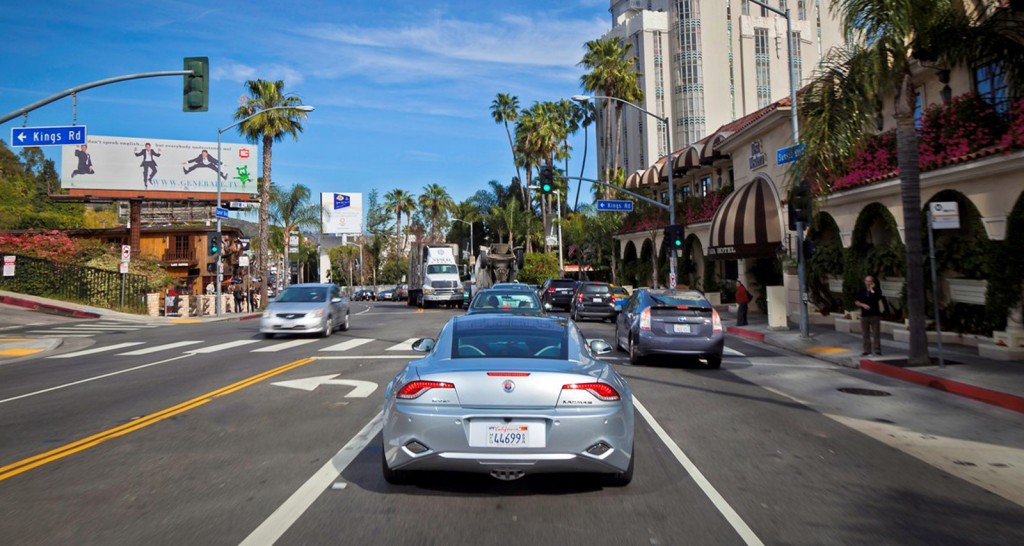 Though it would be easy to write off most celebs for their superficial interest in green cars, we can't dismiss Leonardo DiCaprio so easily.

The Hollywood actor has been a vocal supporter of eco-friendly technology and sustainability practices for years, and he doesn't seem to be slowing down.

DiCaprio is a direct investor in electric car company Fisker Automotive and bought the very first of the automaker’s Karma extended-range electric luxury sedans to roll off the production line.

And before that he used to be quite cozy with rival electric car company Tesla Motors, and even took one of its Roadster sports cars on a world tour together with watch manufacturer Tag Heuer.

Now he’s back in the spotlight, announcing this week that he will work with Fisker to promote green projects around the globe. DiCaprio will participate in conversations on Fisker’s future plans for the advancement of sustainable, responsible vehicles and he will work closely on marketing and promotional initiatives aimed at bringing attention to sustainability and environmental awareness.

Fisker, in turn, will support the charitable work of the Leonardo DiCaprio Foundation, which is also aimed at helping the environment.

“My foundation supports efforts to secure a sustainable future for our planet and all its inhabitants,” DiCaprio said at the announcement this week. “I am delighted to be working with Fisker Automotive to promote this shared vision.”