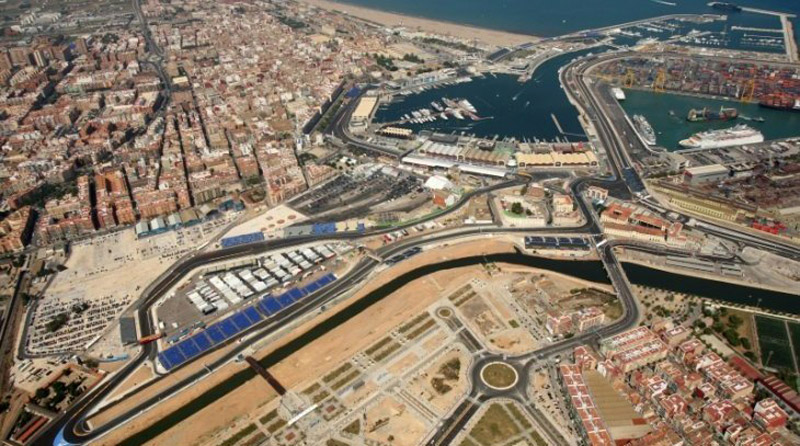 Formula 1 is back in Europe this weekend for the 2012 European Grand Prix taking place once again in Valencia, Spain.

The Valencia Street Circuit where the race is being held has been home to the European Grand Prix since 2008, using public roads around the city’s America’s Cup marina.

Its semi-permanent 3.37-mile surface is fairly untypical of any other urban circuit on the calendar; it is smooth and quick, with a high percentage of the lap taken at full throttle.

However, the high speed sections, where the cars often exceed 186 mph, are tempered by the high number of corners taken at low speed and low revs, making it a challenge for engine and chassis engineers alike.

In fact Valencia has the highest number of corners of any circuit on the calendar, 25. The start-stop nature of the track and short bursts of acceleration means fuel consumption is one of the highest of the season. As a result, the starting fuel load will be one of the heaviest of the year.

As for tires, Pirelli is taking its medium and soft compound sets to Valencia, a combination that was last used at the Bahrain Grand Prix. In the heat of the desert, tire wear proved critical back in April and similarly high ambient and track temperatures are expected in Spain as well.

Going into qualifying tomorrow and Sunday’s eventual race, McLaren’s Lewis Hamilton sits atop the points ladder with 88 points, followed by Ferrari’s Fernando Alonso on 86 points and Red Bull Racing’s Sebastian Vettel on 85 points. Red Bull Racing continues to lead the Constructors' standings with 164 points, McLaren is second with 133 and Lotus is in third place with 108 points.

So far we’ve had seven different winners from the seven races contested in the 2012 Formula 1 World Championship. Could we have another new winner in Valencia? We’ll know in just a couple of days.