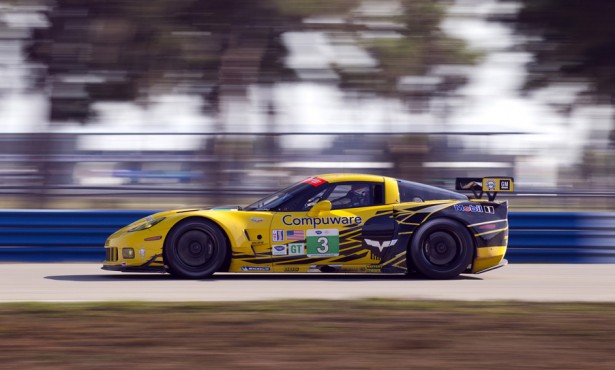 For most of us, a day at the track is practice--improving the driver, improving the car, getting used to a new course. For the pros, it's a performance, where all of the practice, engineering, and preparation comes together to either deliver a result or fail along the way. For Corvette Racing at the 24 Hours of Le Mans, it's a performance of incredible magnitude.

To be fair, the 24 Hours of Le Mans is a performance of seismic proportions for just about everyone. But for an American team with all of their facilities, equipment, and parts across the Atlantic Ocean, preparation for the race plays an especially key role.

This video details the Corvette Racing team's level of prep as it readies its cars, people, and gear for the big show at the Circuit de la Sarthe this weekend.

The second video details the team's efforts--the people behind the scenes, whose names are rarely mentioned on air, but who are no less important to the success or failure of the C6.R and its drivers. You might be surprised how many people it takes to put two cars on track for 24 hours.

Finally, the third episode of Corvette Racing's "Flat Out" series shows us the drivers, what they do to get ready for the race, and the level of significance the 24 Hours of Le Mans holds for someone who has dedicated their life to speed behind the wheel. Drivers Jan Magnussen, Jordan Taylor, Tommy Milner, Antonio Garcia, Richard Westbrook, and Oliver Gavin relate their thoughts and feelings about racing, Le Mans, and more.

Look for the final two episodes of the five-part series to come soon--and be sure to watch the race this weekend, where the No. 74 car piloted by Oliver Gavin has acquired the provisional pole position with a lap time of 3:55.910.