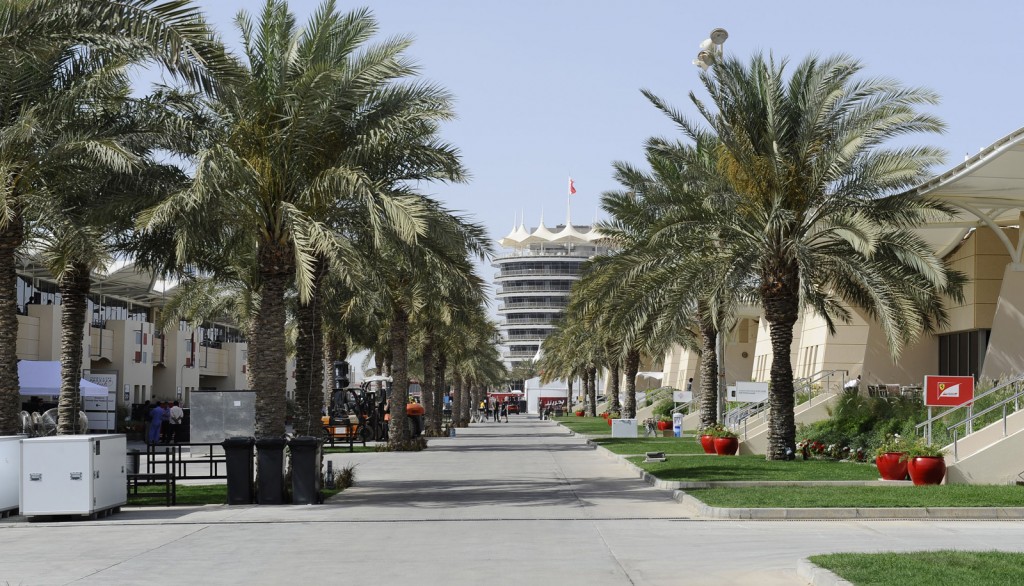 Despite the heated political situation, the 2012 Formula 1 Bahrain Grand Prix will go on as planned this weekend.

The race is the fourth event on the 2012 F1 calendar and takes place at the 3.3-mile Bahrain International Circuit in Sakhir.

This year, the circuit layout has reverted to the shorter 2009 layout and not the configuration last raced in 2010.

One of the main problems imposed by this circuit is the very hot local ambient conditions of typically 95 degrees F (35 degrees C) and track temperature rising into 104 degrees F (40 degrees C) and above. These conditions force teams to open up the engine cooling bodywork which in turn can adversely affect the aerodynamic efficiency.

The layout of the circuit means the likelihood of a safety car is very low. The DRS zone detection point is just before the penultimate corner and the activation point is along the main straight. Engines are at full throttle for 50 percent of the lap in the race and 57 percent in qualifying. As a result, Bahrain sits in the middle of the table for the demands put on engines. With the DRS this year, the top speed down the pit straight will be around 192 mph.